The vessel has hit the water at Mulder’s Zoeterwoude facility… 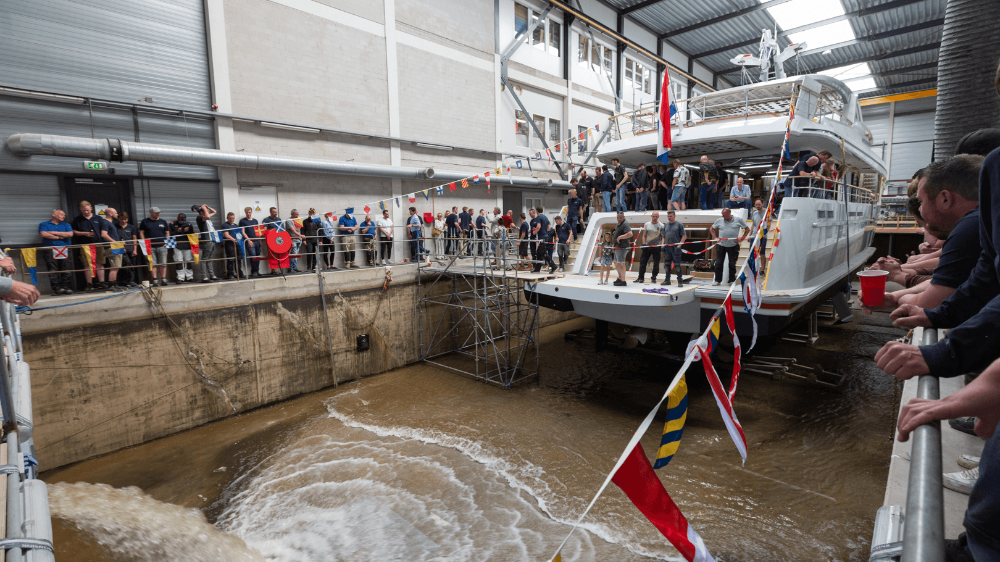 The fifth of Mulder's ThirtySix series has been launched. Being Mulder’s only 30m+ model, the ThirtySix has proven successful for the Dutch yard with four deliveries in the past five years.

This 36m superyacht, named Solemates, will be the first of the series to have American ownership, with its berth based in Palm Beach, Florida. It is now being prepared for upcoming sea trials and is expected to be delivered to its owners in July. 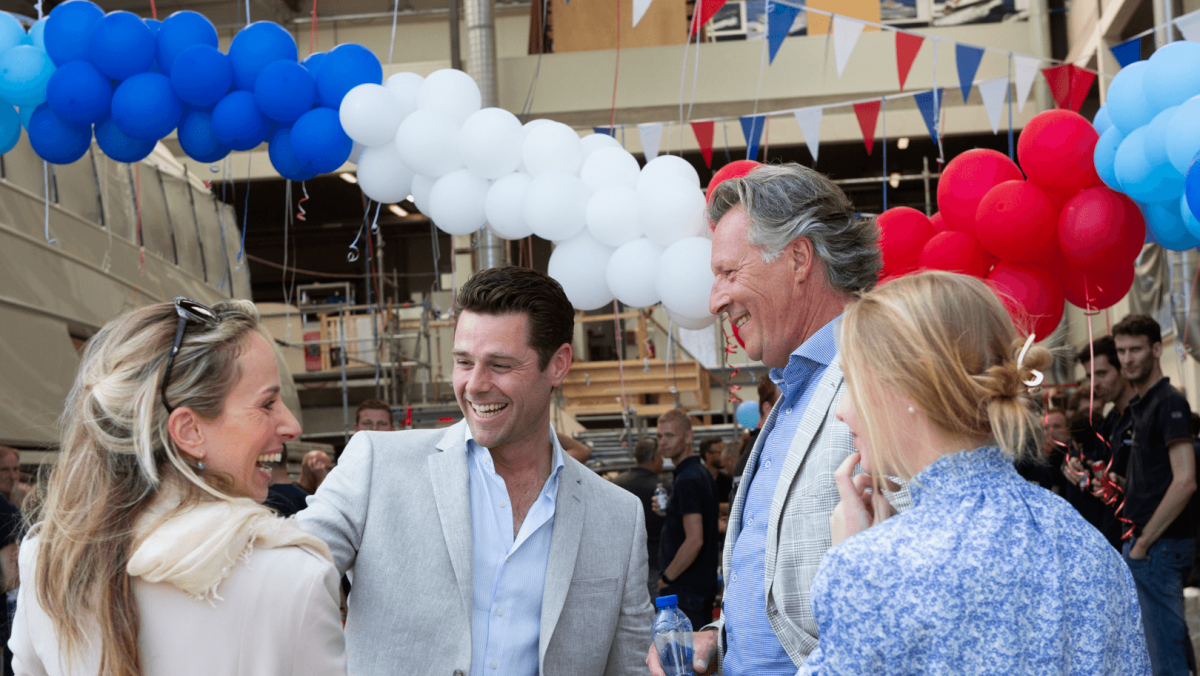 The ThirtySix series features naval architecture designed by Van Oossanen. The Fast Displacement Hull Form allows for smooth cruising at high speeds. It also has storage for a 6.25m tender, along with two jet skis and kayaks.

Powered by two Caterpillar C18 engines combining to produce 2300hp, the ThirtySix is capable of speeds up to 17 knots. At cruising speeds of 11 knots, fuel consumption below 80 litres per hour can be achieved. 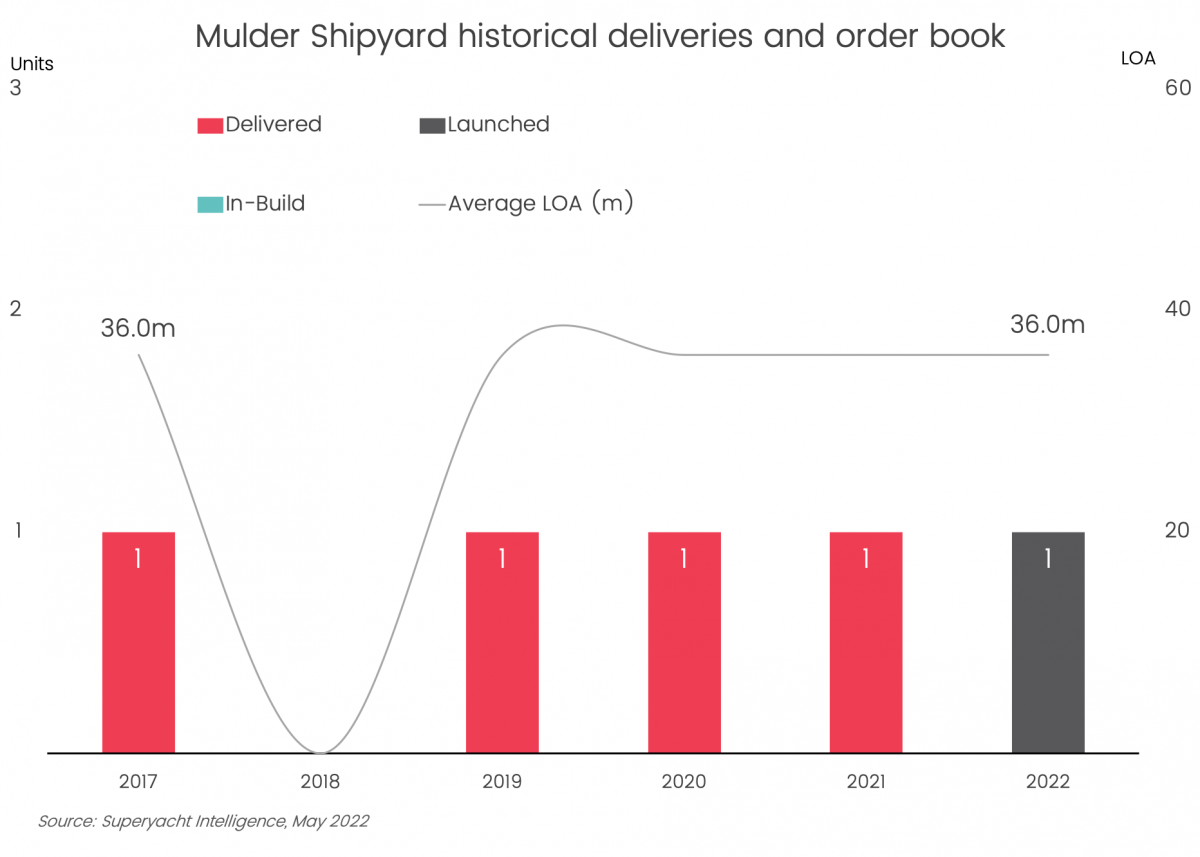 The above graph highlights Mulder Shipyard’s deliveries between 2015 and 2022 along with their average LOA. The ThirtySix has proven to be a staple of the yard’s 30m+ output, with one being delivered every year other than in 2018 over the past five years. With this most recent launch, Mulder is on track to continue this trend with one delivery by the end of 2022.