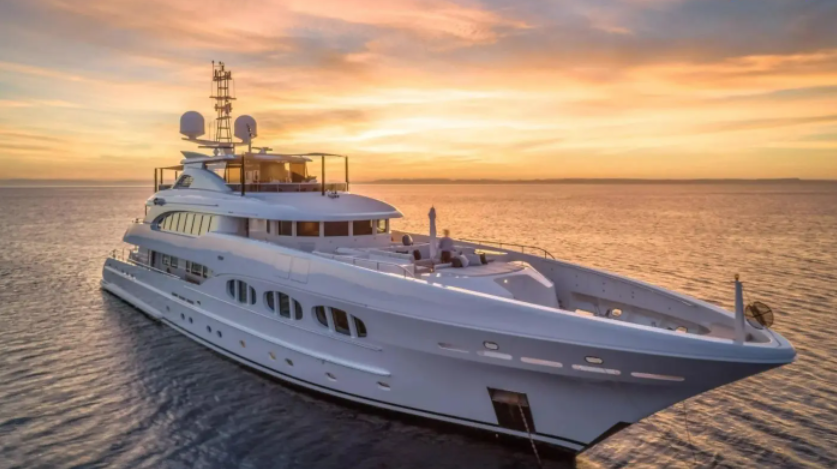 Throughout 2022 the brokerage market has been ticking along at a fairly consistent level of performance, with sales per two-week period varying between 13 and seven. However, in the lead up to the Mediterranean season, the brokerage market has recorded its most prolific period thus far with 15 sales, which further suggests that the desire to own superyachts has not been considerably damaged by the ongoing war in Ukraine.

Between 7-20th May, there were a total of 15 superyacht sales recorded, 10 of which were between 30-40m and five of which were within the 40-60m sector. The most significant sale was in the form of Odyssea, the 47m Heesen, which had a last known asking price of €25m. Denison Yachting has facilitated the highest number of sales within this period with three sales attributed to the brokerage house. 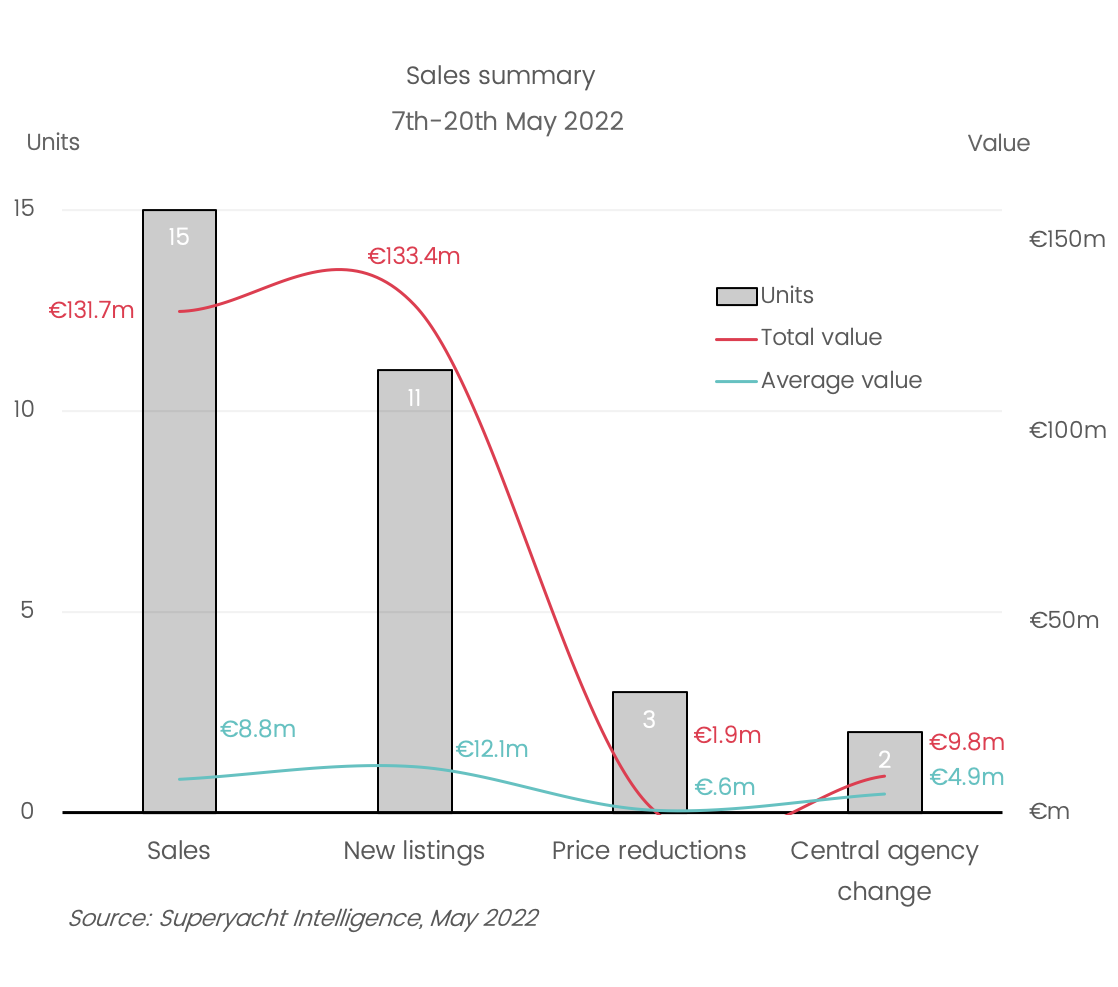 Three price reductions occurred during this period with a combined value of €1.9million, with an average value of €0.6million, the most significant of which was the reduction to Tommy Belle. The 35.5m Lubeck Yachts project delivered in 2011 has been reduced by €1million by IYC and now has an asking price of €6.9milion. 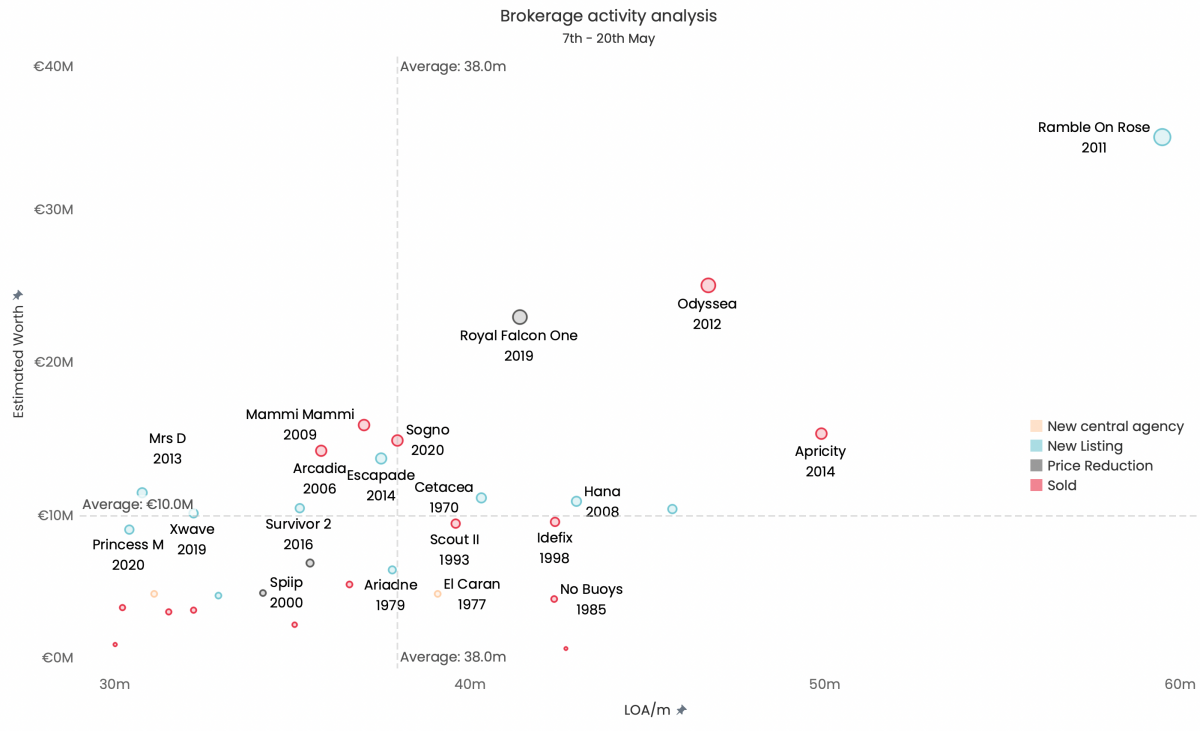 In recent weeks and months, there has been a great deal of speculation about the impact that the war in Ukraine is having on the superyacht market. There has, of course, been an impact. However, the data suggests that the impact has not been significant enough to change the minds of determined buyers given that the last two weeks have proven to be the strongest in 2022. 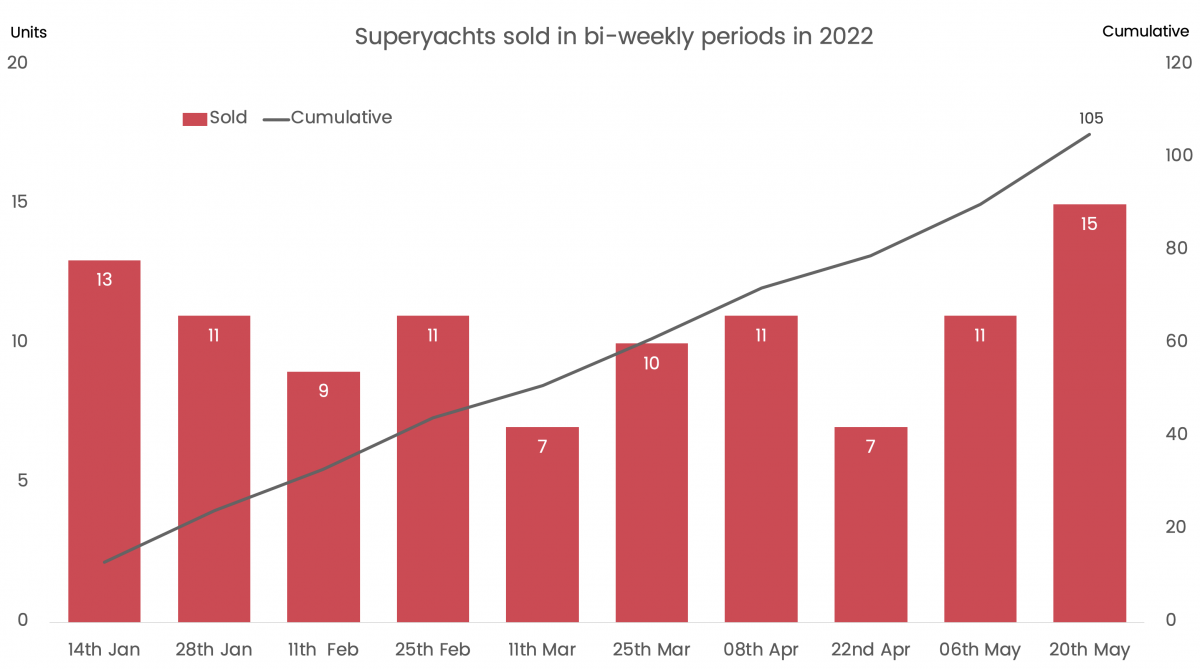 As part of a major research project, we want to understand what the brokerage community can do better to help continue and build upon the excellent sales momentum generated over the last two years across both second-hand and new build sales. How important to the brokerage community will cryptocurrencies be moving forward? What other products or services should be added to the brokerage offering? What could brokers learn from other markets more mature markets? Where is the value added by brokers?

In order to create a clear picture of where the brokerage sector should be heading, we are asking the market, especially those stakeholders that have regular dealings with brokers and brokerage houses, to complete the short survey above. Alternatively, click on the following link to have your say - What is the future of brokerage?