Inside the classic 39m Benetti formerly owned by David Bowie… 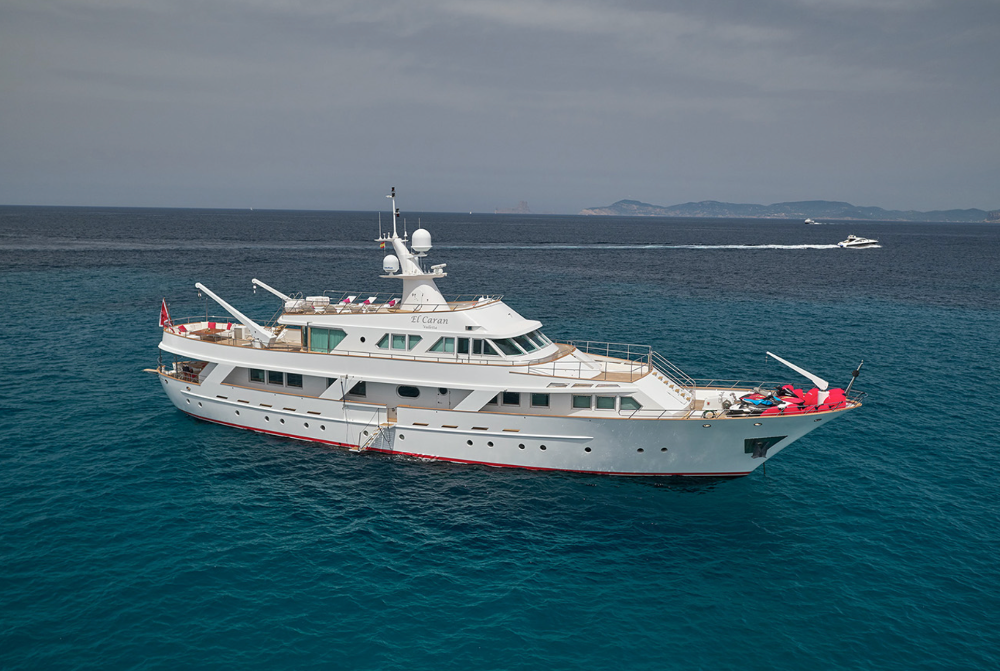 David Bowie's former 39m Benetti superyacht El Caran has been listed for sale with Fraser Yachts. Although the yacht underwent an extensive refit in 2020, the yacht still retains the essence of the legendary singer and songwriter. Under the ownership of Bowie, the vessel was originally named Deneb Star - after one of the most luminous stars in the Milky Way galaxy. Giulio Riggio has listed the yacht with an asking price of €4,850,000 with the VAT paid.

David Bowie famously had a fear of flying after being a passenger on a stormy flight in the early 70s. He once said in an interview that his reluctance to get in an aeroplane "allows me to just write about space as opposed to going into it." The superyacht ultimately allowed Bowie to travel across the Atlantic in style to go on tour and visit the United States. It wasn’t until later in his life, when he overcame his fear of flying, that he eventually and reluctantly sold the yacht. It has since had two different owners and has spent time as a charter yacht in the Mediterranean. 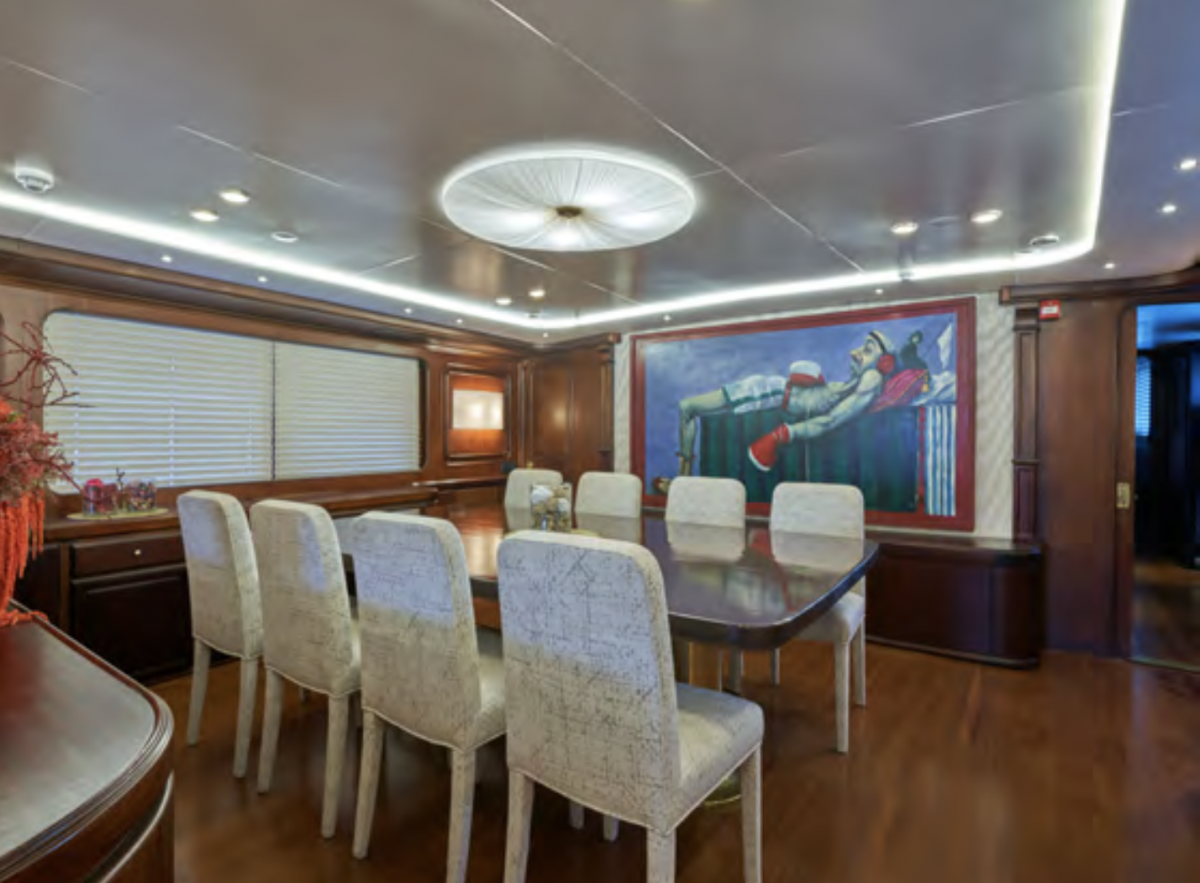 The interior of the yacht features a mahogany finish as well as stunning paintings and art installations. The yacht can accommodate 12 guests in six cabins with a full-beam master suite on the main deck and a full-beam VIP stateroom along with three twin cabins on the deck below. According to Fraser, all cabins have television screens, DVD players and en suite bathrooms with bathtubs. The yacht has been built with seven crew in mind.

The yacht is maintained to RINA commercial class and has been successfully chartering in the Mediterranean for many years, boasting a number of significant repeat clients. The twin 824hp MTU engines give the superyacht a range of 3,800 nautical miles and a top speed of just 12 knots.

Speaking with SuperyachtNews, Riggio said, “This would be a really great yacht for perhaps a couple who are settled down and want to enjoy luxury and fine dining. If you are an experienced yacht owner and you enjoy the simple aspects of yachting then this is a great option.” The yacht exudes class and style, and its ownership history has certainly helped in terms of attention from the media. 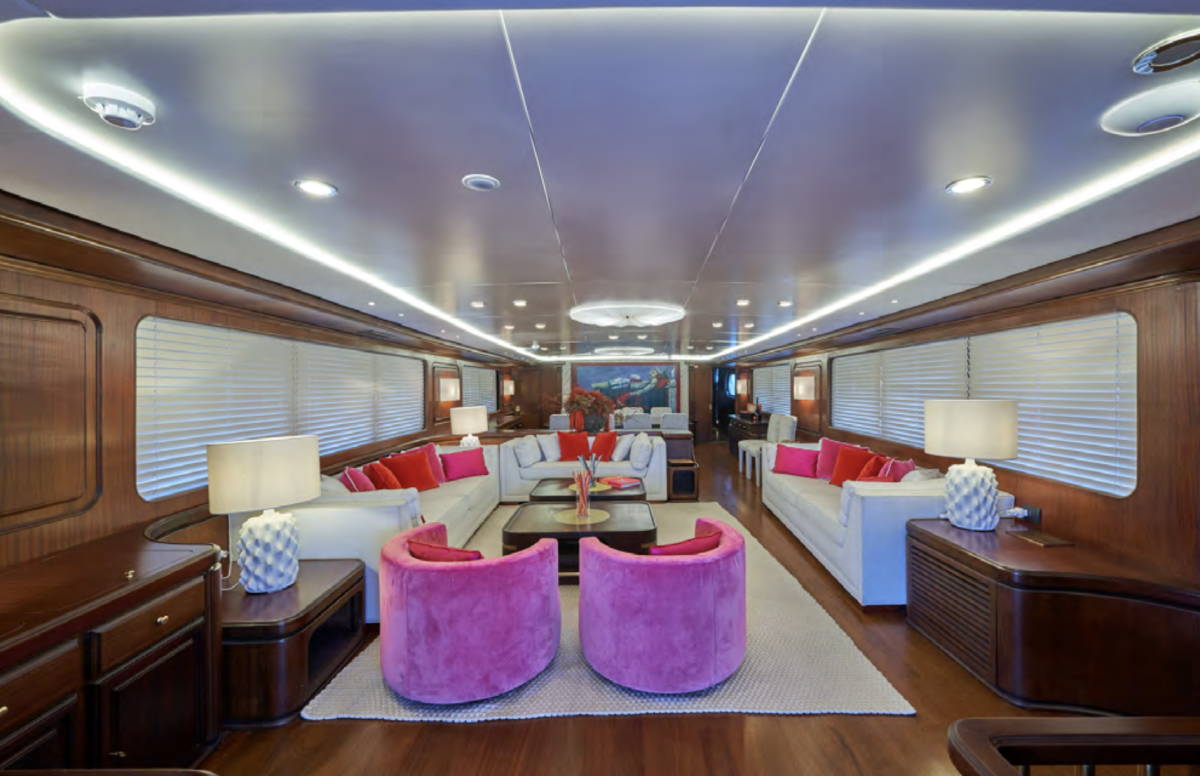 When asked how famous celebrity associations affect the brokering of a deal for a superyacht, Riggio revealed that there is only a very small impact, “Obviously it is a nice little piece of history and information and it drums up a little bit of extra interest when you are speaking to potential clients. But at the end of the day, it mostly comes down to the specs, the design and the performance of the vessel rather than who has owned it in the past.”