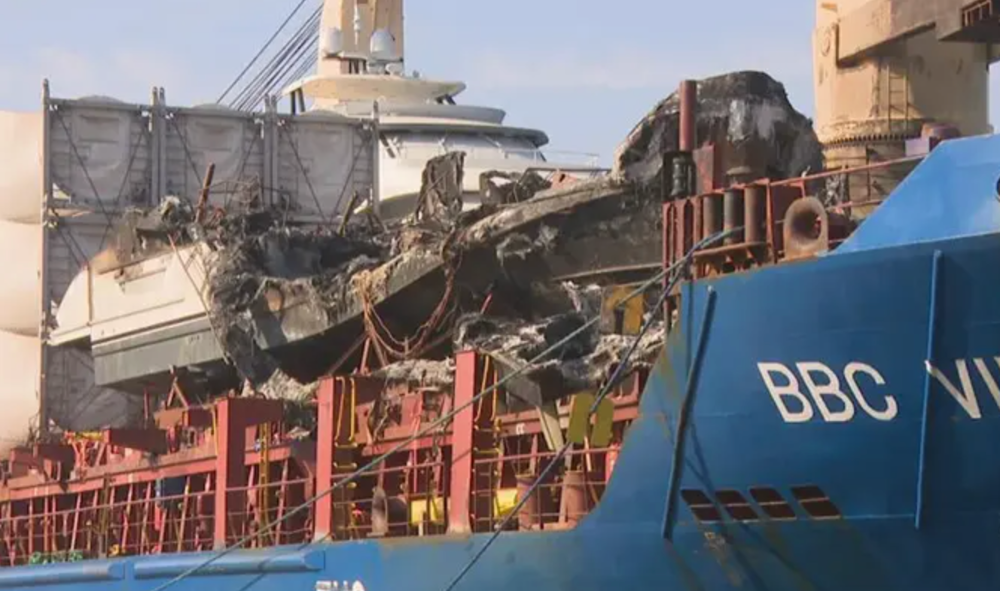 According to TradeWinds Silent Yachts have decried allegations made by rival builder Alexander Marine, after being sued for a fire that occurred on the 138m cargo ship BBC Virginia. Silent Yachts have argued that the vessel's loose fitting and rough seas preceded the blaze that went on to torch four ships.

The lawsuit involves the loss of three Ocean Alexander yachts valued at over $21m. According to various sources Briese Schiffahrt and Cross Chartering are also being sued for the 138.5m cargo ship, BBC Virginia, allegedly being “unseaworthy.”

On the day of the accident, the crew reported plumes of smoke coming from the Silent Yachts 60 vessel which was being stored above a cargo hatch. The fire then gained strength and began to spread to other vessels that were on the deck. The damage included two total losses for Ocean Alexander yachts as well as a third severely damaged and possible total loss.

The current position of BBC Virginia is on the China Coast reported 8 hours ago by AIS. The vessel is en route to the port of Masan, Korea. Prior to this, a survey was undertaken in Dafeng, China. Allegedly, the surveyors agreed that the fire either started from the Silent Yachts vessel or the cargo hatch below, noting that the yacht was “a pile of ashes” on inspection.

Alexander Marine has claimed that the Silent Yachts vessel was unfit for the transhipment due to its “unproven and untested radical solar powering system.” Meanwhile, Cross Chartering is also being sued for allegedly breaching its contract of carriage by placing the yachts on an “unseaworthy vessel.” Alexander Marine claims the cargo ship was “improperly manned, with inadequate fire training procedures.”

Report into the fire of M/Y Siempre in 2021 surfaces