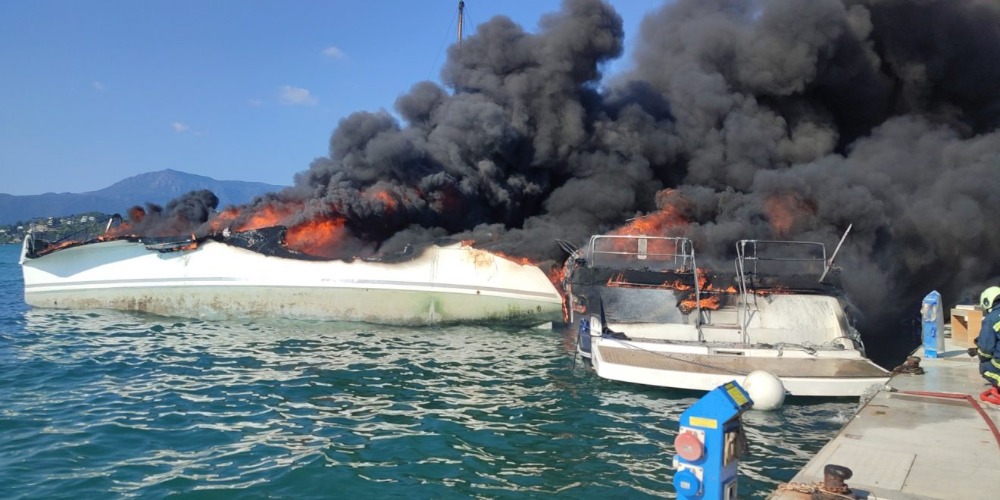 A classic 29m sailing yacht, Halcyon, originally delivered in 1929 has caught fire after a blaze broke out onboard another yacht berthed in Gouvia Marina, Corfu. The fire originally started yesterday afternoon and it is reported that aside from the original yacht where the fire started, another three yachts have also become engulfed in the spreading flames.

The fire was initially responded to by five fire engines and 15 firefighters, as well as a fire response vessel. The cause of the fire is currently under investigation and not known at this time.

The below clip is from a Corfu based newspaper who published a video of the fire in the marina.

Halcyon was originally delivered by a British shipbuilder called Vosper Thornycroft, whose shipbuilding presence was mostly seen during the 1900s.

This latest report adds to the ongoing number of yacht fires recorded this year, as well as other incidences such as reported yacht sinkings.