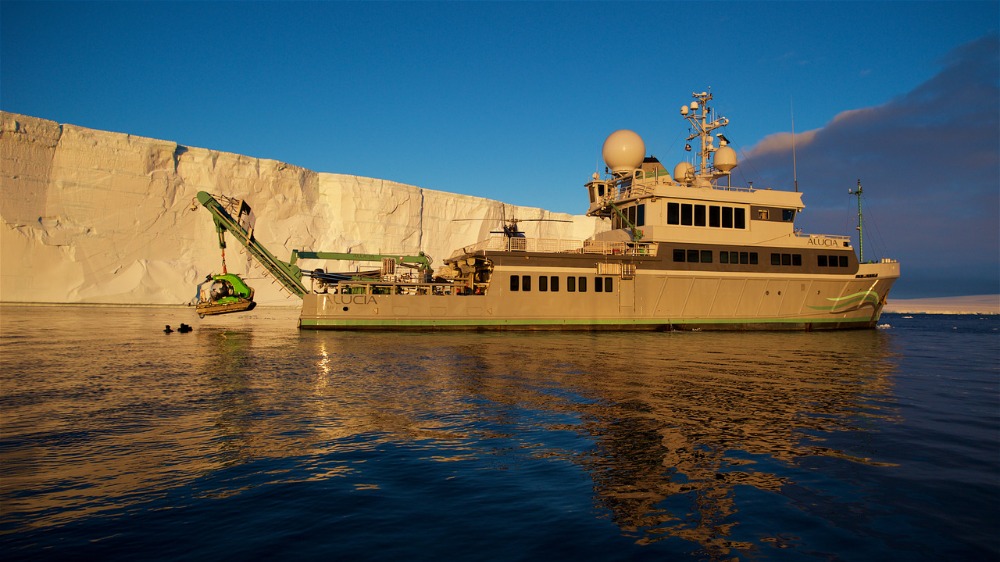 EYOS Expeditions has partnered with Ocean Conservation Exploration and Education Foundation (OCEEF), an organization to educate the world about the ocean through immersive, data-collecting missions aboard OCEEF’s research yacht, RV Odyssey (formerly the MV Alucia.) The advanced vessel will circumnavigate the world with missions in Antarctica, the Chagos Archipelago, the Galapagos and other remote destinations, where they will explore aquatic ecosystems high in biodiversity alongside top scientists, explorers, students, and educators.

EYOS and OCEEF have expressed a shared mission to leverage exploration to drive greater awareness about the Earth’s oceans. EYOS Founding Partner Rob McCallum says: “Working with OCEEF in this way is a natural complement to EYOS’ last few years leading and managing the Five Deeps and Ring of Fire expeditions that dove the Challenger Deep and previously unseen deepsea environments. Odyssey represents the new frontier of expedition travel, mixing cutting-edge science, with adventure travel and expedition cruising. The opportunity and potential for further discovery with this vessel’s program are immense, and it will be tremendously exciting for all those fortunate enough to be onboard.” 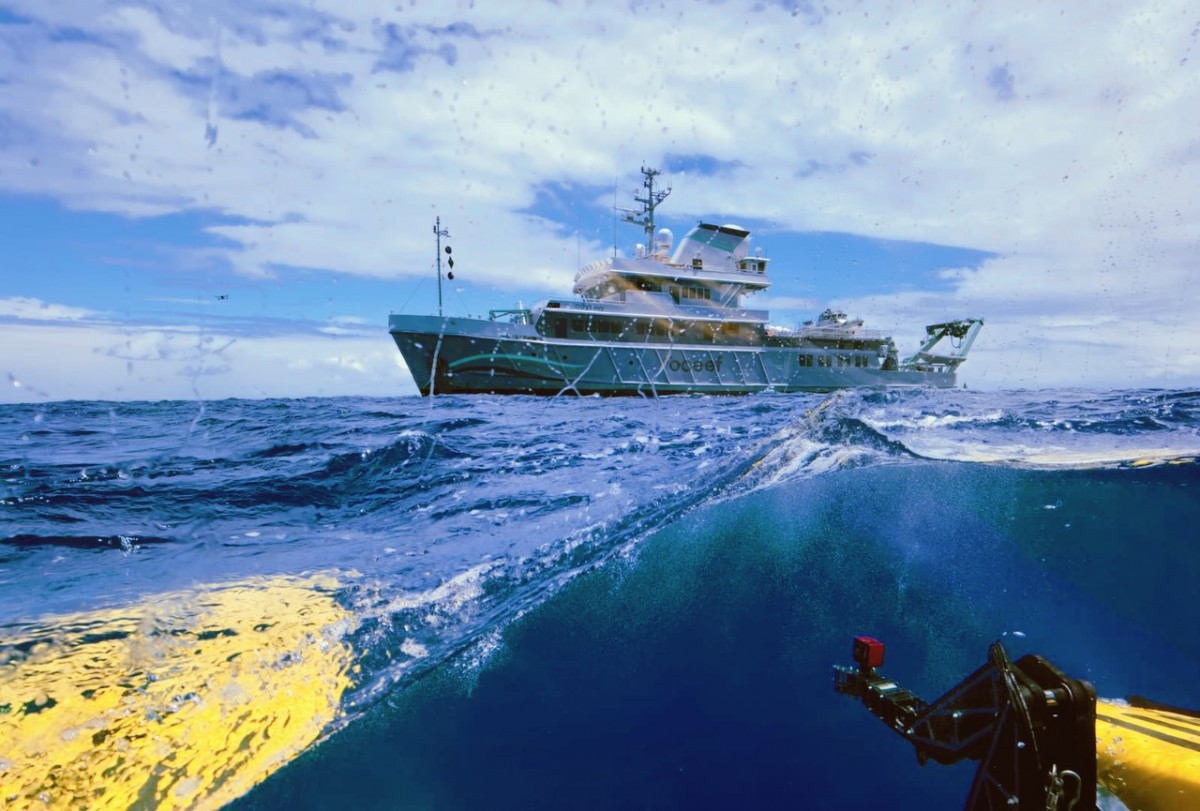 EYOS founders Rob McCallum & Tim Soper have been at the forefront of deep ocean exploration and combining science with private travel for decades, and the company holds several world records and has been instrumental in numerous scientific discoveries. On the exclusive missions aboard the RV Odyssey, EYOS will provide logistical support and expedition leadership, empowering guests to fully take part in this most innovative opportunity in superyacht travel.

Alex Moukas, Founder of OCEEF, adds, “We are very excited to be partnering with EYOS in such a meaningful way. OCEEF’s goal is to provide world-class scientists with free access to the vessel and help them design impactful missions. EYOS can help match the scientists and locations with Ocean and Expedition enthusiasts that make these incredible missions possible. We are looking forward to continuing to bring passionate citizen scientists unmatched experiences on and below the world’s oceans.”

RV Odyssey (formerly the MV Alucia) is also a pioneer in underwater exploration in its own right. It launched the French submersible Nautile on the first dives on the Titanic in 1987; participated in the successful search for the black box of Air France flight 447; supported the first filming of the giant squid in the wild with former owner OceanX, and hosted David Attenborough among other luminaries in science and conservation. 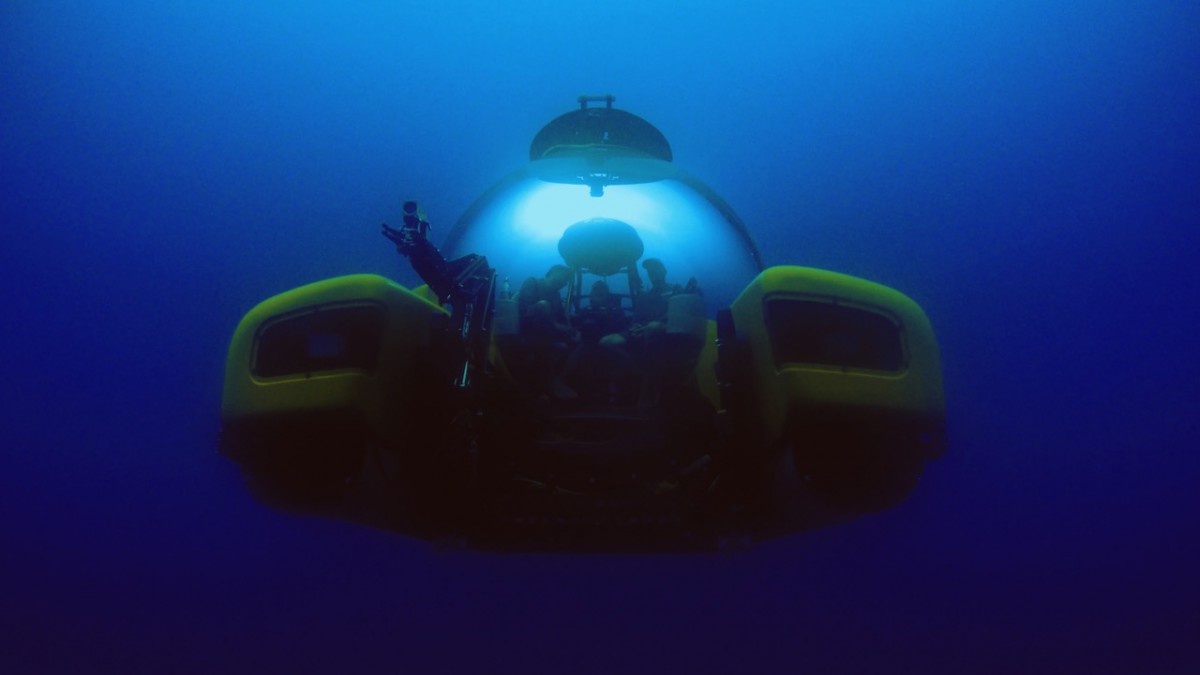 EYOS founders McCallum and Soper were instrumental in her design and build during the vessel’s four-year conversion from RV Nadir to MV Alucia. McCallum says, “When its conversion was complete in 2011, it was the world’s first hybrid ship outfitted with multiple submersibles, hangared helicopters, world class SCUBA facilities, ocean mapping, and multiple science laboratories. She was one of the most capable expedition yachts afloat– and her current mission with OCEEF is exactly what we had in mind for her all those years ago.” Today, she can accommodate a helicopter, and is equipped with two Triton submersibles, one of which can dive to a depth of 7,500 feet.

Through cutting-edge technology like gamified ocean-learning experiences, OCEEF’s RV Odyssey hopes to engage with millions of children and young adults as it circumnavigates the globe. Empowering the next generation of ocean explorers and conservationists, students will join scientists in an immersive undersea experience as they discover new species, learn the importance of ocean conservation, and share their findings in real time with participants around the world.

Over the next year, the RV Odyssey will embark on a series of first-of-its-kind missions, offering an exclusive 360-degree adventure that will help drive education and a better understanding of our oceans.  These immersive adventures include studying mesophotic coral reef ecosystems in the Chagos Archipelago, seeking the killer whales that attack great white sharks off the coast of Cape Town, documenting hydrothermal vents on Antarctica’s Deception Island, participating in threatened species recovery studies in the Galapagos, and journeying around the Mediterranean—from Sardinia and Sicily to Crete and Santorini—and discover ancient Roman and Greek triremes (triple-decker warships).

OCEEF invites travellers to support its missions in Antarctica this winter season by travelling aboard RV Odyssey for the most exclusive experience possible - a firsthand look at the very research participants are helping support. With a tax-deductible donation of $150,000, donors and their friends or family members can be invited onboard the RV Odyssey and join the crew of scientists, expedition leaders, and students to experience life onboard.

As RV Odyssey is classified as a research vessel, in cooperation with researchers on-board and local communities, OCEEF is able to get Special Research Permits and conduct operations in unique locations that are typically closed to all other visitors.

100 per cent of the proceeds go to supporting the research and educational mission of OCEEF– whether searching for the Colossal Squid in the deepest parts of the Antarctic or analyzing hydrothermal vents on Antarctica’s most active volcano. In addition, OCEEF supports ongoing scientific studies and scholarships for local communities and students - ensuring a long-lasting impact on the future of ocean conservation