The 2006 Aegean superyacht currently sits semi-submerged after hitting rocks, with no loss of life reported… 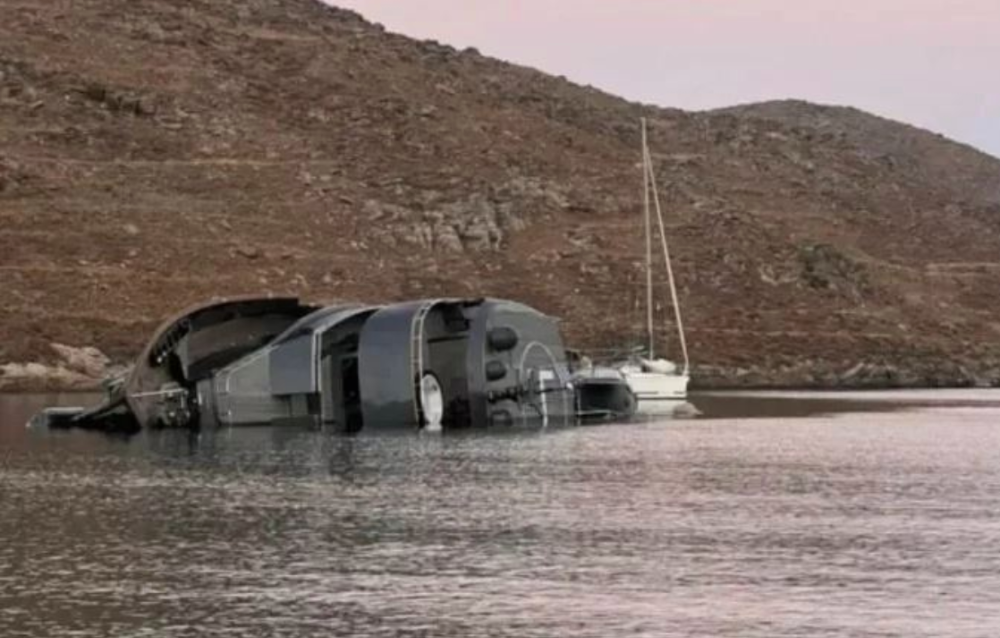 49m motor yacht 007  has been reported sunk in Greece. The incident occurred near the Greek island of Kythnos over the weekend of 3/4th September. Local news outlets have reported that the Syros Port Authority has attended the scene and no injuries or loss of life have been recorded. The vessel apparently hit rocks after navigating into the bay at night.

The below clip shows the vessel in its semi-submerged state, with MARPOL anti-pollution barriers surrounding it. It has been reported by local media that it is not leaking pollutants at this stage.

A full statement from the Greek Coast Guard says:

In the evening hours of Friday, the Port Authority of Kythnos received information from the Unified Center for the Coordination of Search and Rescue Operations Λ.Σ.-ΕΛ.ΑΚΤ. five foreign passengers. The vessel Ε/Π σκάφος “ΔΕΛΤΑ ΙΙ” Τ.Σαρωνικού 4760 rushed to the area with an employee of the relevant port authority on board, where it found the above vessel half-submerged, at a distance of about 15 meters from the western side of the sandy beach of Kolonas Bay. The passengers, all in good health, were transferred to a support boat and then taken to the port of Merihas. The port of Kythnos is conducting a preliminary investigation, and no pollution of the marine environment has been observed since the incident.

007 was delivered in 2006 by Bodrum-based shipyard Aegean Yachts, at an LOA of 32m. Subsequently, it underwent multiple refits to extend its LOA to 49m. None of these extensions were undertaken at the Aegean yard.