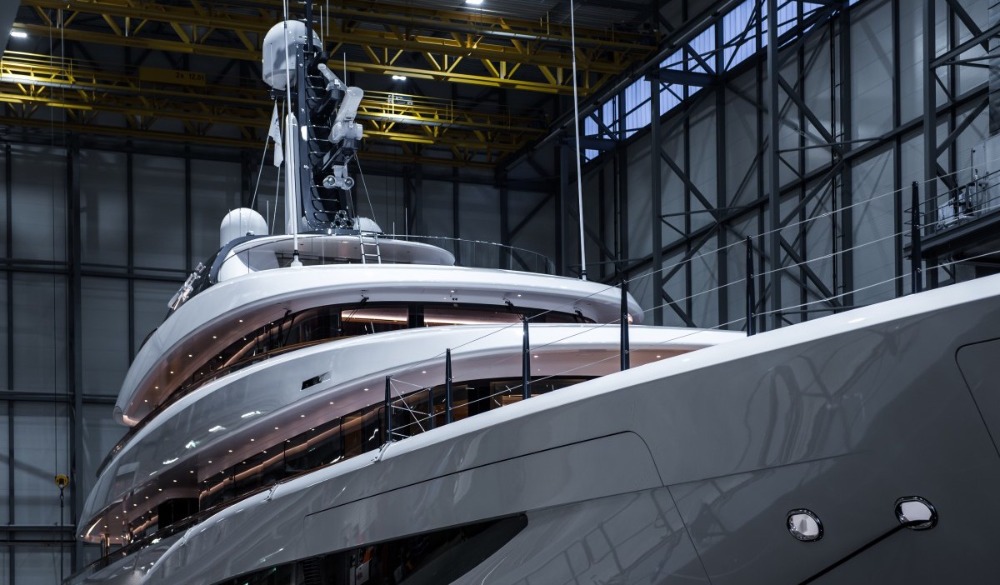 Later this month The Superyacht New Build Report will be published and for the first time in a number of years, the data therein paints a remarkably positive image of a sector that has at worst been in decline and at best stagnant in recent times. That being said, with 240 projects in the order book scheduled for delivery in 2022, the market has a long way to go to hit the dizzying targets that it has set itself and promised the buyers who are expecting to cruise away on their superyachts this year. 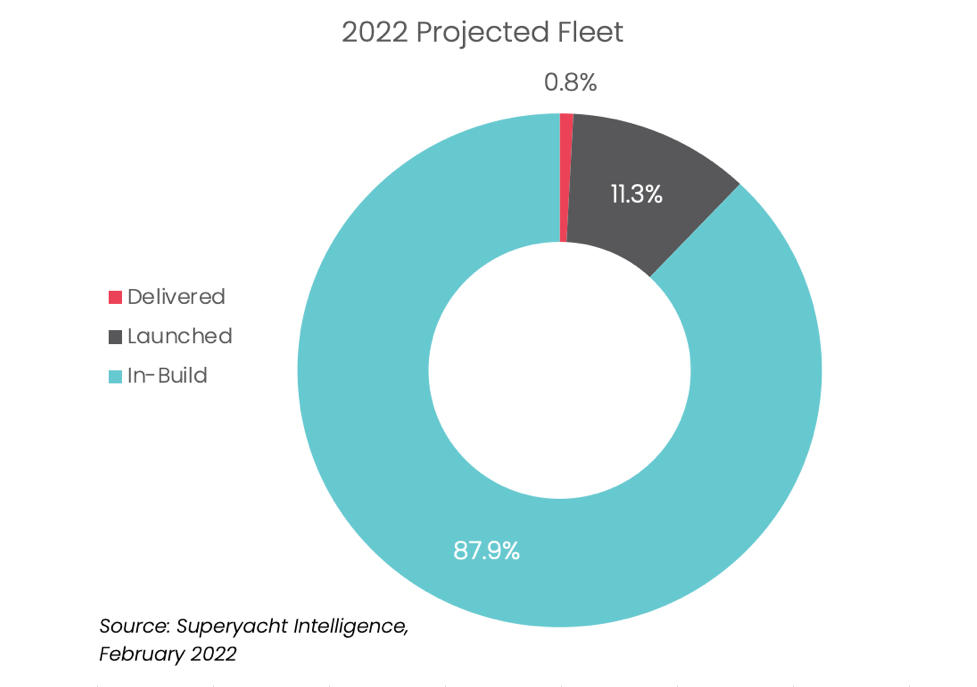 According to The Superyacht Agency, only 0.8 per cent of the scheduled 240 deliveries for 2022 have been launched with 8.5 per cent of the year having already elapsed...

It is worth noting at this point that the new build sector never successfully delivers every vessel in a year’s given order book, but that is an article on transparency for another.

...Even assuming, however, that 10-20 per cent of the 240 scheduled deliveries will not reach fruition, the new build sector still feels quite far off the pace with only three deliveries so far. 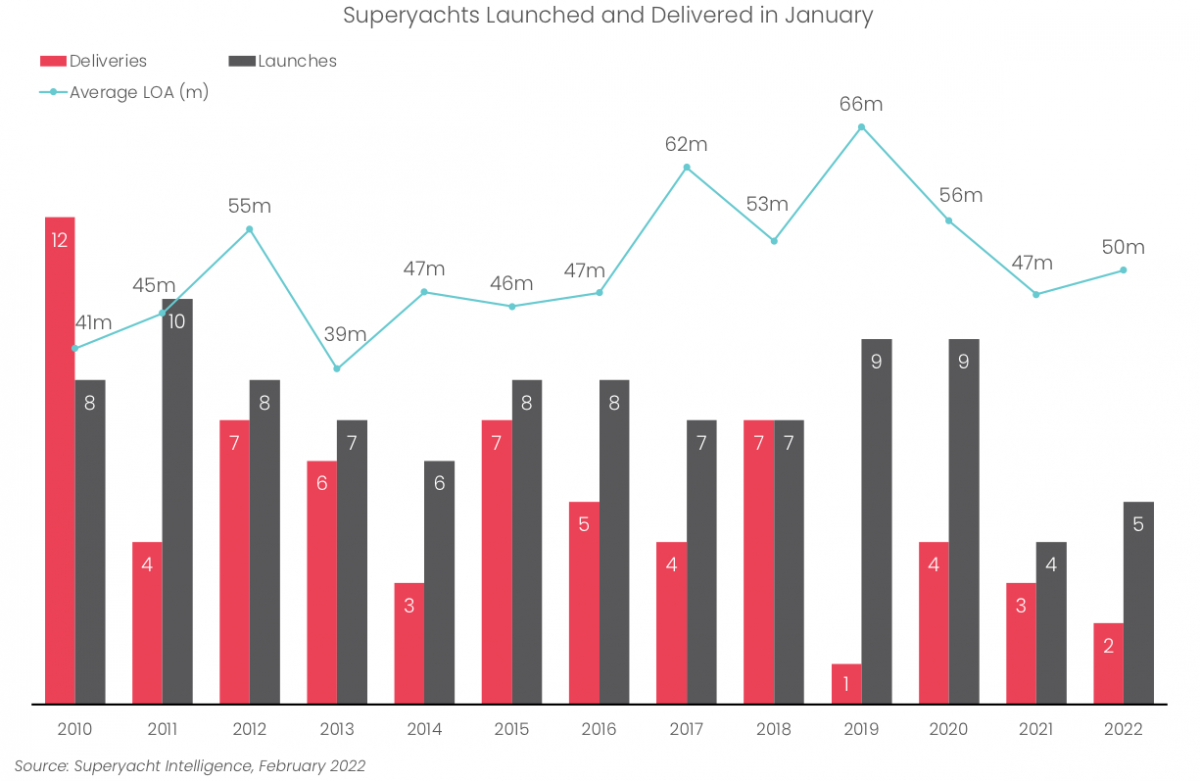 The graph above showcases the number of superyachts that have been delivered in every January since 2010. While it would be unfair to directly compare 2022’s results to 2010, at which point the market was still winding down from its excess pre-2008 new build stock. It is, however, of slight concern that the sector has performed worse than in 2021, a year in which the new build sector ended up delivering 157, some 84 deliveries shy of the scheduled 2022 figures. It is however more promising that 11.2 per cent of the scheduled deliveries have been launched, although the majority of these were launched in 2021.

The graph suggests that there have been some significant projects delivered in January given that the average LOA of deliveries and launches is 50m. However, the brunt of this has been born by the launches where there have been a number of significant launches with 71.1m Juice, 73.6m Bilgin 243 and 62m Rio all having been launched in January. By contrast, the average LOA of the delivered project is only 33.5m 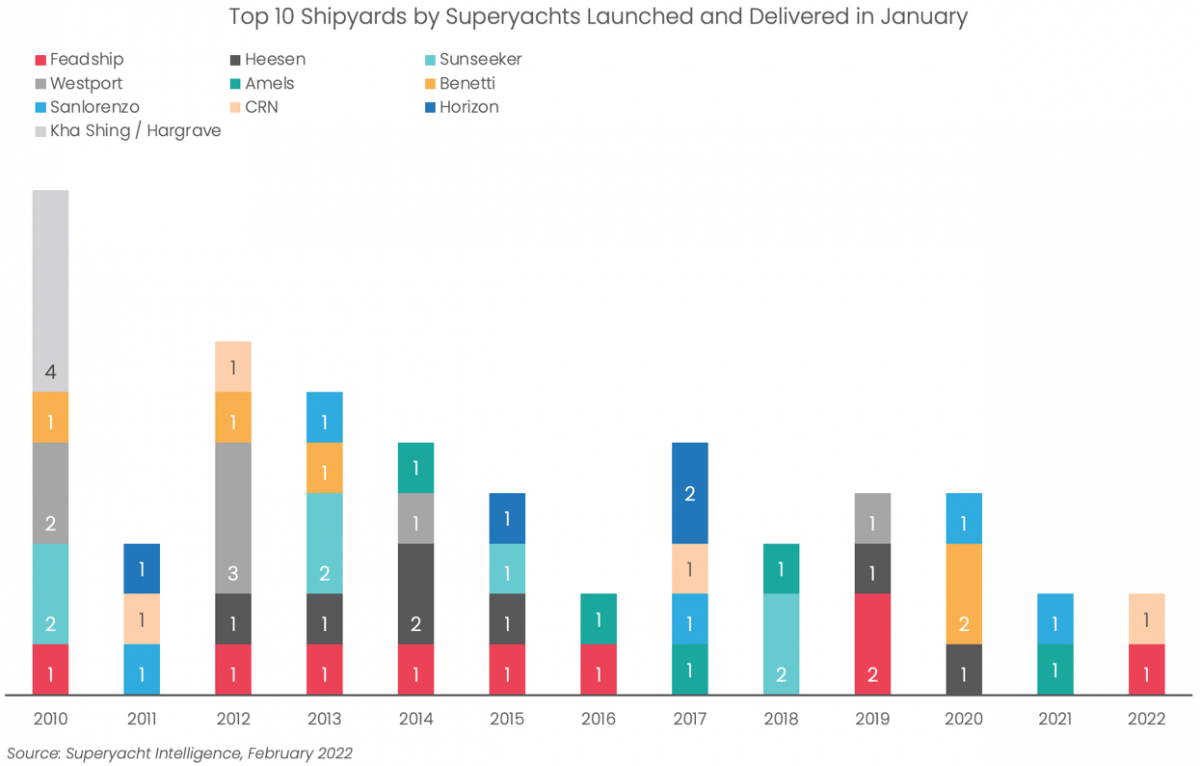 The above graph highlights the 10 shipyards that have most frequently launched or delivered superyacht projects in January since 2010. Unsurprisingly the number of active shipyards has fallen during this period, but of those top 10 shipyards, it is only Feadship and CRN that have been active in January 2022 with the launches of Juice and Rio.

The Superyacht New Build Report, which is scheduled for delivery later this month, provides in-depth analysis of the new build sector using a variety of metrics, ranges, forecasting models and complementary sectors to not only explore how the market has performed but to accurately forecast and model where it is heading.

The art of placemaking

Due diligence and bargain hunting