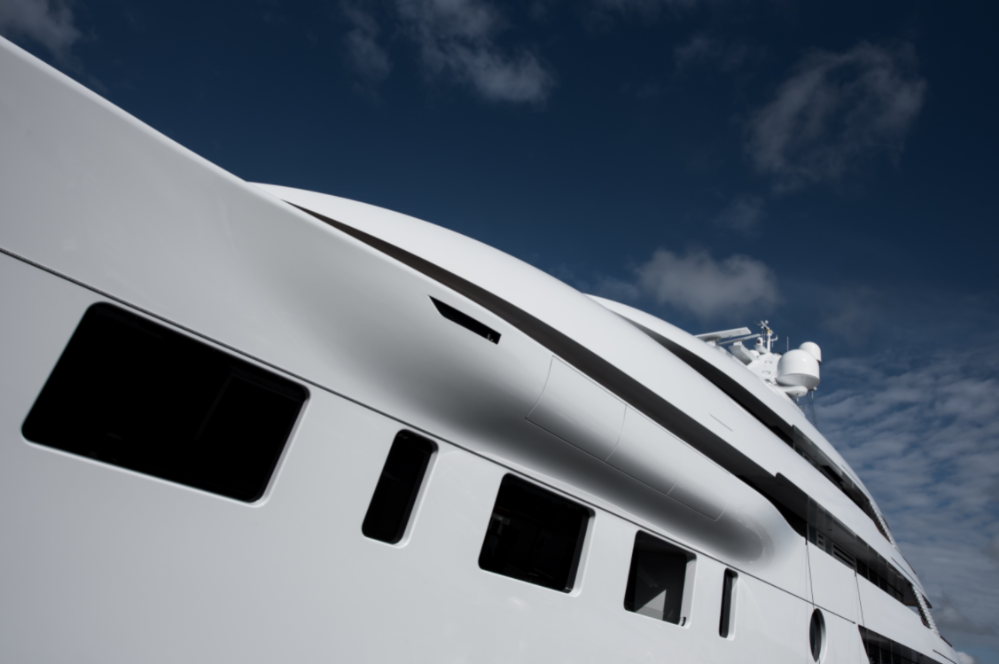 Historical delivery figures can prove to be incredibly useful by answering questions such as: which shipyards have been the most successful in recent years? How has the market changed geographically and how have superyachts evolved over time? That being said, while historical is data is useful, the most profound intelligence is found in predicting accurately where the market is heading rather than looking at where it has come from. 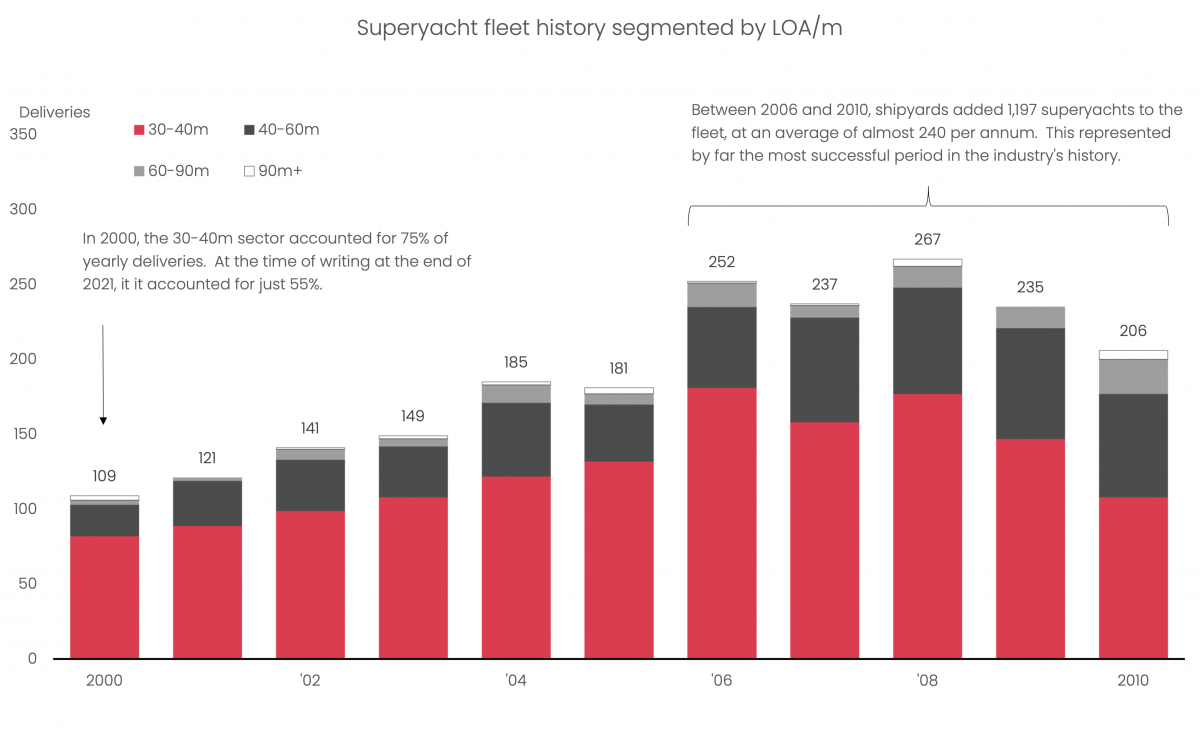 In The Superyacht New Build Report, which is scheduled for publication in February 2022, we use three proprietary forecasting models, in line with in house knowledge, a network of industry experts and analysis from analogous markets, to create various growth scenarios that consider where the market is likely to be in 2026.Scenario one provides a relatively stagnant outlook for the new-build market by focussing purely on historical data. If one was to consider only the delivery figures over the last 10 years, then the natural assumption, which is supported by the data, would be that the superyacht new-build market is heading in one direction – down. 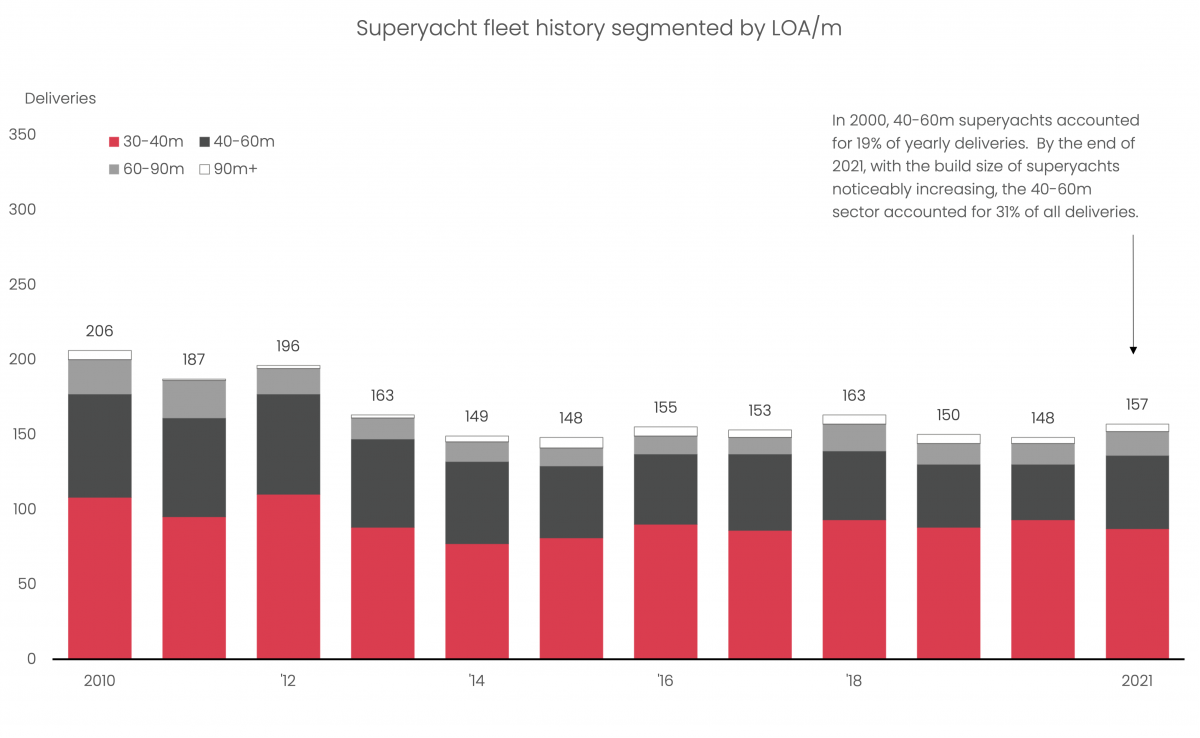 This view, however, is slightly reductive as it doesn’t take into consideration the known order book, nor indeed the anecdotal evidence from shipyards, brokers, lawyers, designers and the various other stakeholders that have made it abundantly clear that the new-build market is heading into a period of growth. 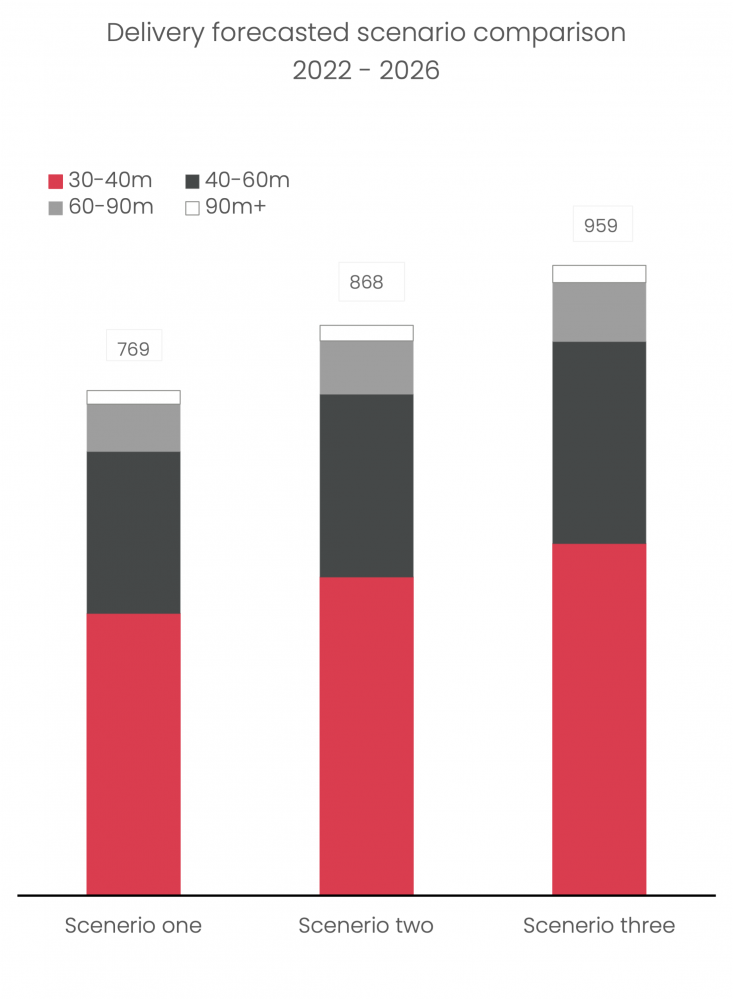 Scenarios two and three take these additional considerations into account, well as allowing for the typical percentage of projects that follow through into the next year. Both scenarios predict a spike in deliveries in 2022, as a result of pandemic-caused delays, with a slight drop off expected in 2023, followed by a period of continued growth.

The above graph highlights the combined delivery expectations for the next five years according to the three scenarios. At this juncture, the conservative estimate of scenario one seems to be the least likely eventuality. Assuming then that scenarios two and three are by far the more likely, in the next five years we can expect around 850-1000 superyacht deliveries.

The above graphs only provide a slither of the data made available within The Superyacht New Build Report. Within the issue, there is a full breakdown of the three scenarios that includes year-on-year delivery expectations across all the size ranges, as well in-depth explanations as to how the forecasting models were created and utilised.

While various market commentators have warned of impending shipyard capacity issues where it relates to space, slots and subcontractor availability, it seems likely that such a threat will become more evident in the medium to long-term rather than in the short term.

In defence of a (more) frugal superyacht