SuperyachtNews.com - Fleet - Feadship’s 'Slice’ is the standout concept at MYS

Feadship’s ‘Slice’ is the standout concept at MYS

Slice is an incredibly ambitious and thought-provoking concept that avoids design trends, but is it really feasible? 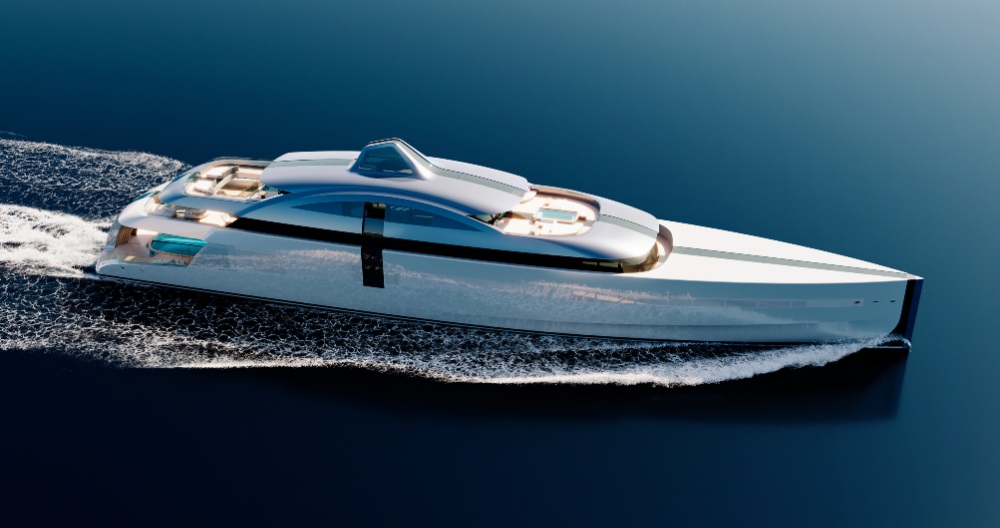 Superyacht concepts are typically either really boring and uninspiring or completely outlandish and offensively unrealistic. Very rarely does the industry bear witness to something that walks the tightrope of being pretty awesome but also actually quite feasible. With that being said, Feadship's eleventh concept named ‘Slice’, which was revealed at this year's Monaco Yacht Show, manages to do just that. Unlike most superyachts, the exterior design doesn't resemble a wedding cake or a Nike sneaker, and although it would surely be a very expensive and challenging project, Feadship is adamant that they have the resources to build it if the right client came along.

The concept is 85m in length and it tackles one of the biggest owner grievances in yacht design - long hallways, dark interiors and stacked living spaces. The standout feature is the glass strip running entirely from bow to stern which allows for natural light to filter in through multiple decks. The strip is not just made out of glass, but rather glass overlaying a structural framework.

Another impressive feature of Slice is the 10-metre-long pool designed using data science. Often used to determine hull efficiency, comfort at sea and at anchor calculations, the design team for this project opted to embrace data science to define the pool’s shape and placement of hidden dampers to conquer the dreaded ‘slosh’. The use of ultra-high modulus material was inspired by Formula 1’s research into high tensile carbon fibre, and while the original material wasn’t stiff enough for yachting needs, the De Voogt team were able to work with carbon fibre manufacturers to develop their own specific ultra-high modulus material.

The exterior is of course relatively unique, but the interior renderings are what really makes this concept stand out. Apart from Lurssen’s Alice, which was revealed this time last year, shipyards usually tend to reveal just a few visuals of living spaces and perhaps an owners suite. Dutch Interior designer Marco van Ham, whose office is based in Kuala Lumpur, wanted to deliver something a little bit different by also creating something that would appeal to the Asian market and avoid sweeping generalisations and design trends. 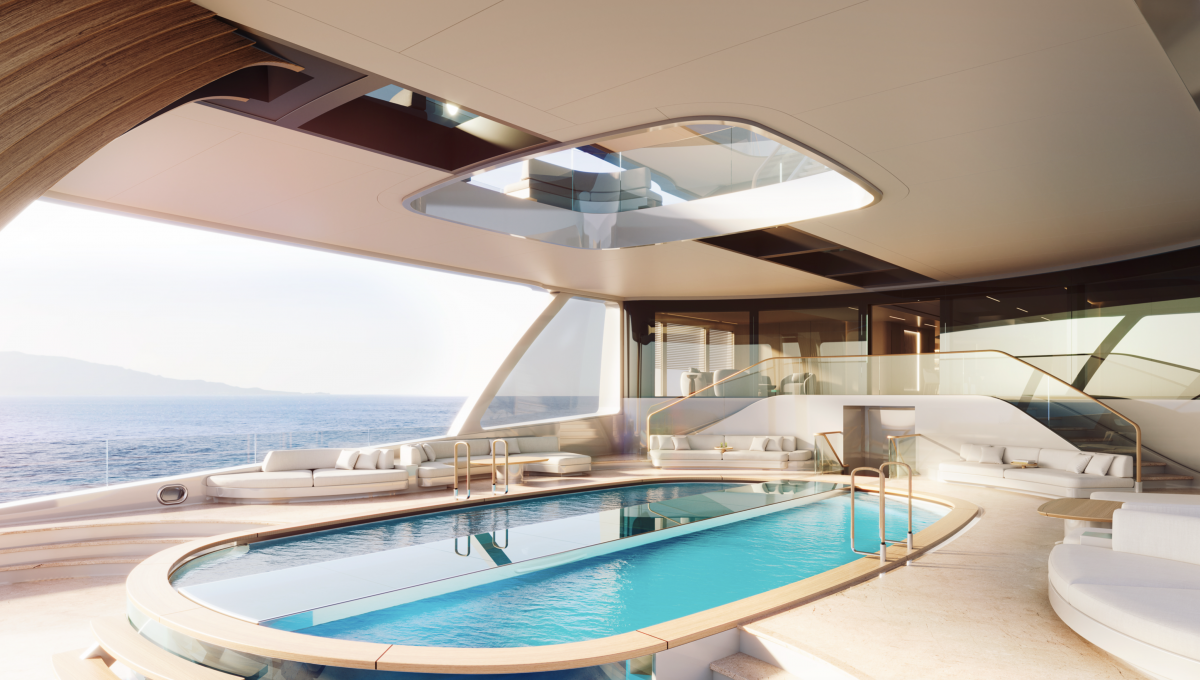 “With the Asian market, I think there is a lot of misunderstanding when it comes to how people experience spaces or the use of materials. I think there is typically a little bit of prejudice when it comes to this” van Ham explained, “The Asian market does really appreciate purity, light colour settings and intricate details. We’ve done a few residential buildings in the region and we know that there is a connection with feature walls, grand gestures and spaces which are a little bit more outspoken and even opulent.”

When asked about the feasibility of the project van Ham revealed, “We already have samples of all the materials and everything, we really delved deep with this concept and made sure that everything here is possible...

"If somebody orders this tomorrow I can make the technical drawings and we can get started straight away.”

To conceptualise Slice’s interior, Feadship asked van Ham to avoid teak entirely. Instead, Van Ham and his team brought in a palette of backlit marbles and onyx, surfaces formed of liquid metals, silver leaf, shagreen, straw marquetry and even pyrite with juxtapositions of shiny and matte surfaces. 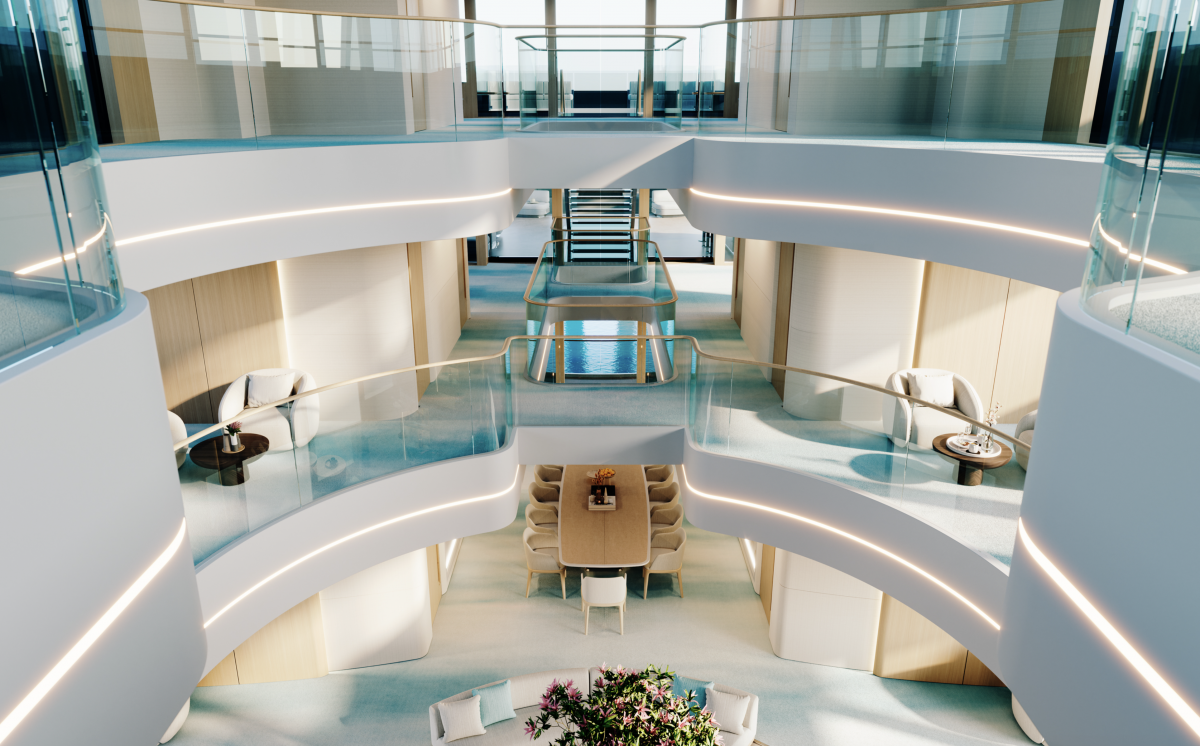 For the future-proof propulsion options, Slice’s propulsion system will be powered by four dual-fuel generators which have been modified to run on both methanol and non-fossil diesel (Hydrotreated Vegetable Oil – HVO) and the generated power will be delivered to two Azimuthing pods. The HVO is to be used as pilot fuel to assist with the combustion of the methanol.

Due to the lack of worldwide supply points of methanol, a larger than required HVO capacity has been accommodated to increase the range of HVO-only sailing. This allows the methanol to be used sparingly when running low until the next methanol supply point is reached and also enables global cruising. The option of replacing one of the generators with methanol fuel cells exists, which would generate power to contribute to the hotel load of the vessel. A battery array, supplied with power from both generators, and the fuel cells allow for low speed, silent cruising and for peak shaving of the generators. 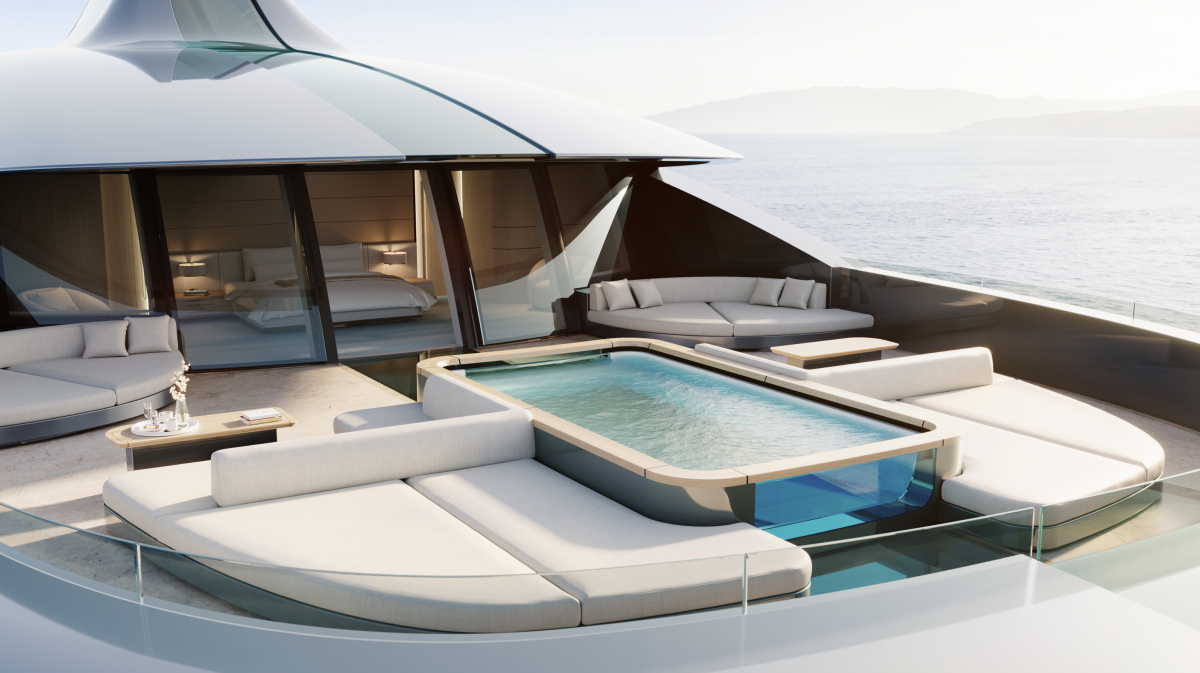 Feadship wanted a yacht that specifically addressed a recurring owner request: an open and private aft pool and sundecks with sea views and out of sight of passers-by and deliverymen while moored in port. Slice delivers on this with a fully engineered passerelle and watertight forward entrance so it can be moored bow first. At the touch of a button, a full height section of the stem at the main deck level hinges open and a passerelle deploys.

This concept is designed to inspire and showcase the innovation at Feadships disposal. Practically speaking, this would be a very difficult vessel to maintain for the crew members - not impossible - but it would be quite the challenge to keep that glass clean. Both Marco van Ham and Chris Bottoms admitted that at this stage there hadn’t been much focus on the crew areas and the potential challenges that could arise for the people who would be permanently living and working on the boat. 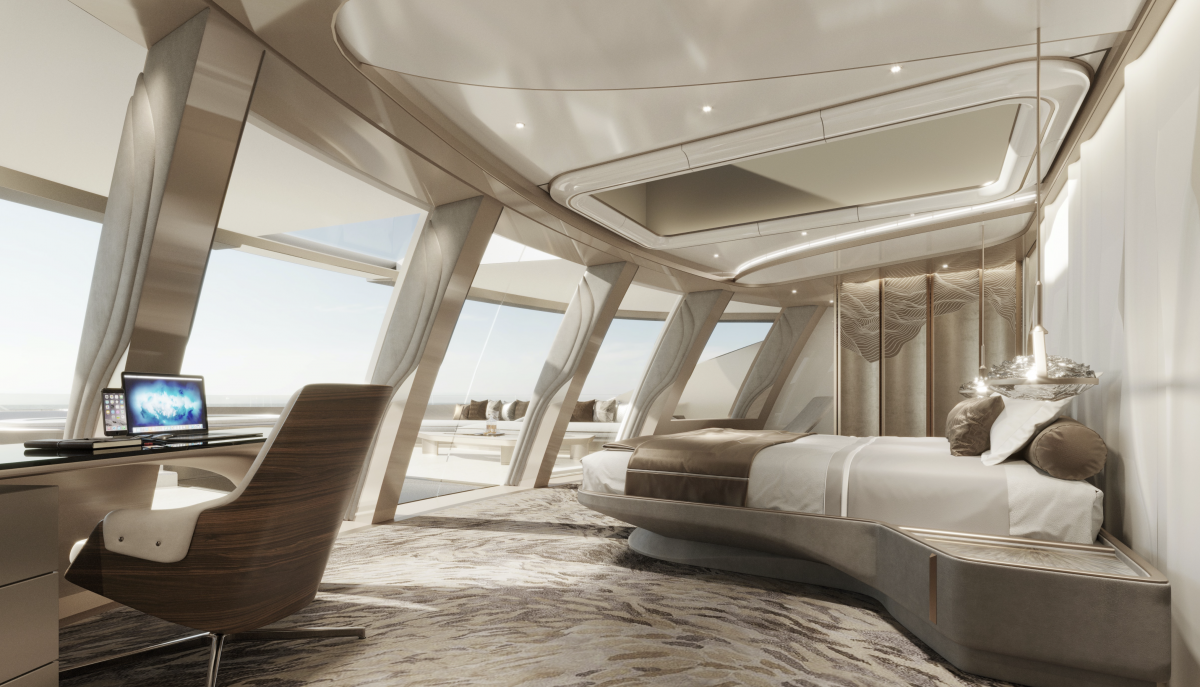 As shipyards and design studios start to unveil more sophisticated and detailed concepts, perhaps the next iteration could include renderings of crew areas and technical spaces. But for now, we shouldn’t let that distract from the fact that Splice has already raised the bar when it comes to capability and transparency. It challenges the status quo and proves to the rest of the market that Feadship is at the bleeding edge of design and innovation. All in all, an awesome concept that has the potential of ‘wowing’ the UHNWI brackets top visionaries while also appealing to previously untapped regions of the market. 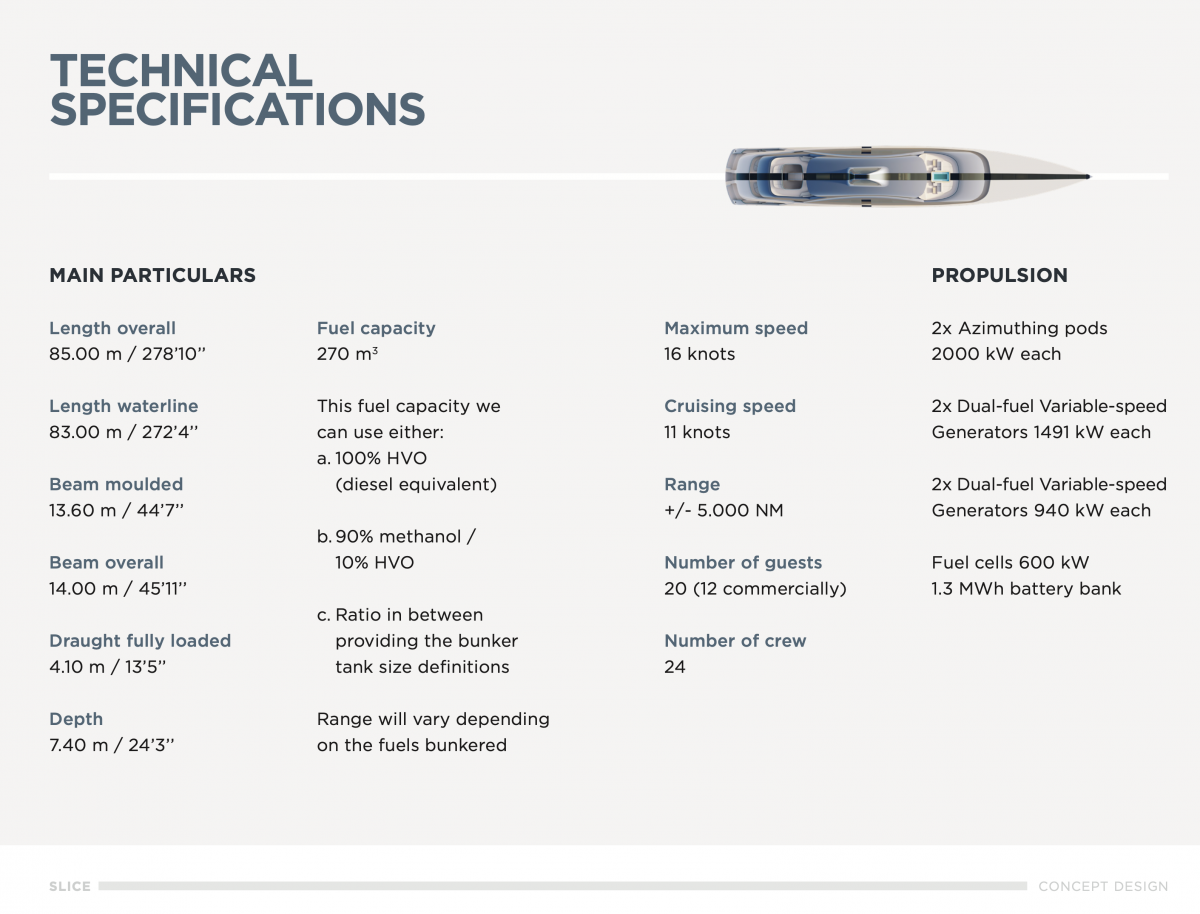 Project Domus, because why not?