SuperyachtNews.com - Fleet - Why Lurssen's 'Alice' is more than a concept

We speak to Jim Sluijter, lead exterior designer at Lürssen, about ‘Alice’ and the need for ‘conceptual concepts' … 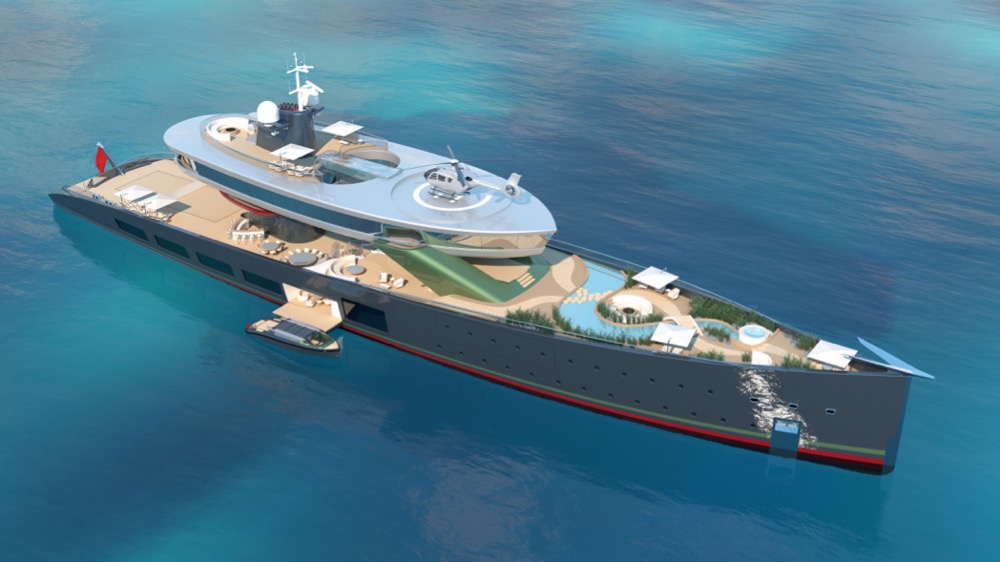 Before ‘Alice’, Lürssen hadn’t released a superyacht concept for over a decade, and they never had any intention of creating one either. The idea blossomed through organic and somewhat comical circumstances. When Lürssens head of marketing and communication learned that ‘Miniatur Wunderland’, a tourist attraction showcasing small scale models, were going to build a miniature model of Monaco, a lightbulb flickered on. Lürssen decided to contact the people at Miniatur Wunderland and tell them they would build them a mini superyacht for mini Monaco.

Jim Sluijter, the lead exterior designer at Lürssen, was given the brief - ‘Design a superyacht for Monaco harbour that will be so outrageous every tourist in wunderland will want to take a photo of it’. It needed to have the perfect balance of wow factor and realism. And it also needed to be as sustainable as possible.

Sluijter ended up designing a 98 metre methanol powered motor yacht with a raised superstructure, no saloon, a winding river pool and a tennis court. To be honest, it does sound slightly ridiculous, however, Sluijter argues that it is well within the realm of possibilities. Although he didn't have to, he even went as far as to design all the interior cabin spaces and crew areas, just to prove to himself it was feasible. He wanted to make sure the design acted as a statement to the rest of the market, showcasing what Lürssen are all about. 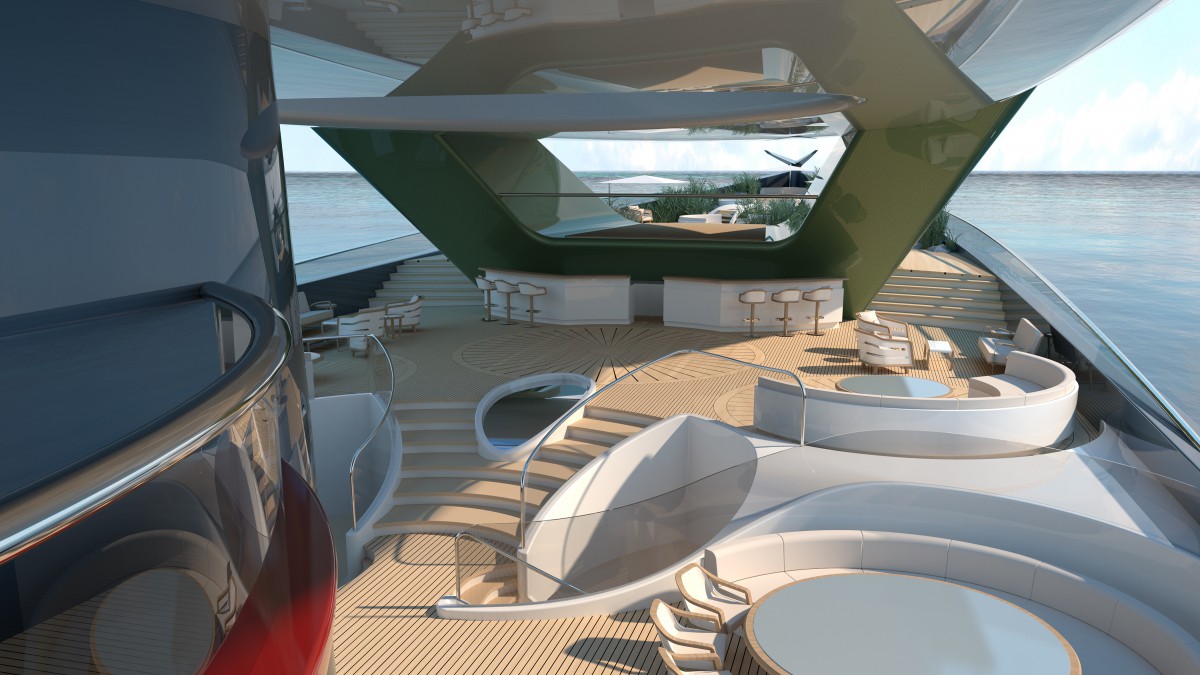 In a way, Alice is Lürssens way of dictating their future narrative, and providing a beacon of reason and inspiration in a chaotic media landscape. In recent years publications operating in the luxury asset industry have caught on to the fact that people absolutely love concept superyachts. Which has ultimately led to ridiculous and outlandish superyacht concepts becoming classic clickbait material. It’s something of a pet peeve for designers, as Sluijter reveals,

“I have a little WhatsApp group with some other designers. Every time some crazy concept gets posted online we share it in the chat and we all get really frustrated. We're like, Oh, look at this guy. That's not even remotely possible.”

Sluijter continues, “These crazy concepts that these aspiring designers publish, their intention is probably to get their name out there and get some exposure, right? And then the media, they publish it because they want to get more clicks and likes.” Unfortunately though, most concepts are tarnished with the same brush by the media. And despite all the work that goes into the project, that’s not usually what gets reported on, instead it is more likely to be lumped together in a ‘listicle’ headlined ‘craziest future superyacht concepts’.

The concept becomes even more impressive when the designer takes you through the process. If you look along the hull, you’ll notice that Alice retains tradition by having the same classic Lürssen lines that Jon Bannenberg used for ‘Limitless’ and ‘Rising Sun’ almost twenty years ago. While the floating superstructure takes inspiration from the iconic Marina Bay Sands skyscraper in Singapore, the idea for the superstructure also came about because Sluijter acknowledged the fact that owners love to sit outside, but they don’t like to sit in the sun. So with this design, the deck space is extended and optimised, while the superstructure acts as a natural shade. Sluijter decided not to add a saloon because he knew that many owners hardly ever use that area. “That was mainly just from talking to clients and getting their opinions and ideas. It’s also just from experience. We've done questionnaires with clients and stuff like that but it feels like that's the general impression.” 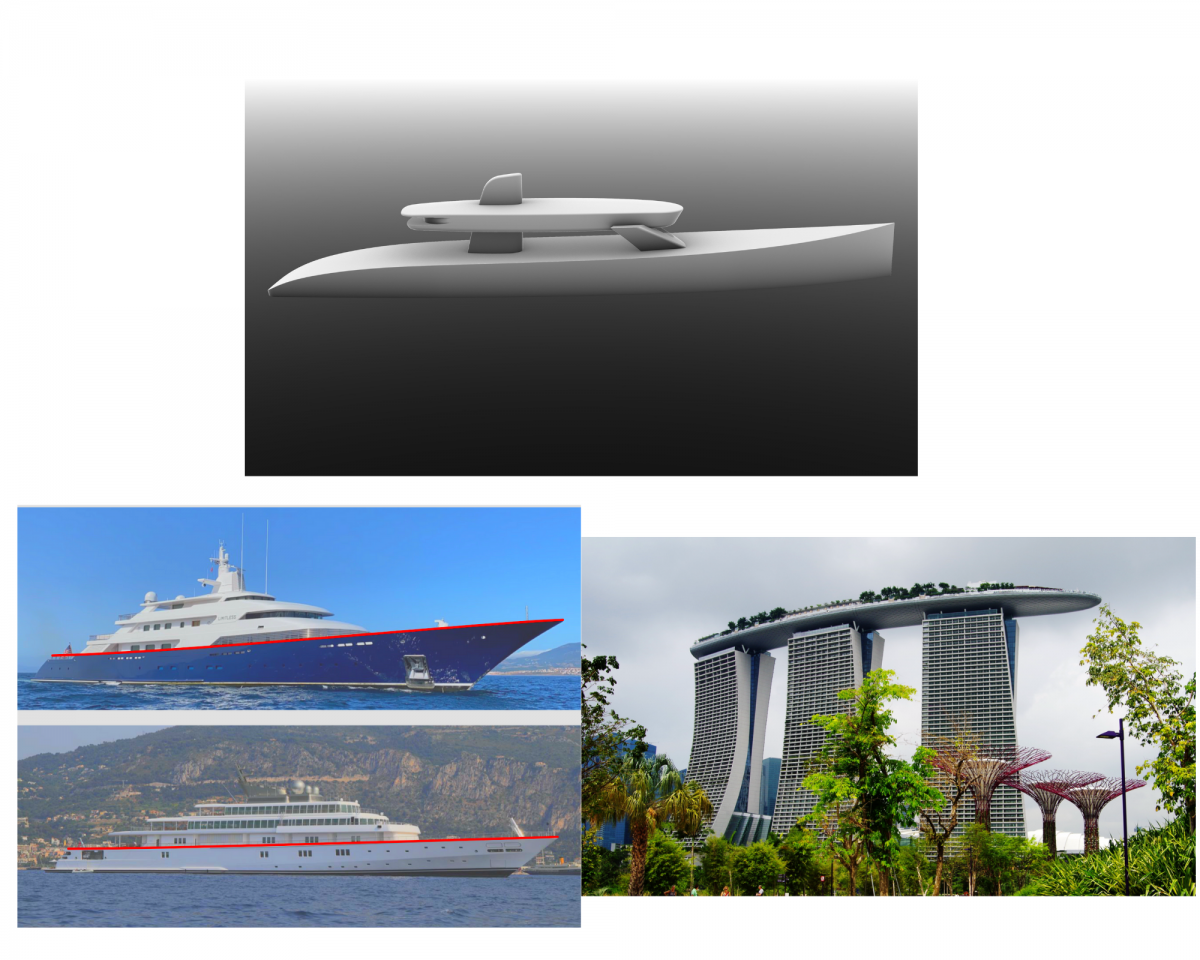 Much of the design is driven by a sense of ecological responsibility. Lürssen wanted to transform the deck space by introducing the idea of parks and ponds onboard. They even imagined the teak being replaced by fast-growing and lightweight organically farmed wood. Alice has the full intention of being climate-neutral with emission-free fuel cells generating electrical energy based on hydrogen reformed from green methanol. The fuel cell replaces the conventional diesel generators on board. For higher speed and energy demands, an additional methanol engine is added. Other energy saving technologies include waste heat recovery utilisations, recovering heat emissions for use within the HVAC system, for both heating and cooling-purposes. This is complemented by mirrored glass windows around the owner’s deck where reflecting the heat serves for thermal insulation and reduces energy load of the air conditioning systems.

The level of thought and detail that has gone into Alice really is unique, and Sluijter believes that detail is what makes concepts and future thinking projects truly valuable, “All of the technology and engineering on Alice has been really thought through.” Sluijter explains, “But there's a lot of concepts out there that just have a press release that says, fuel cells, length, gross tonnage, but you know that it's just a designer who’s drawn something and rendered it. But there's nothing behind it. And still, journalists will create an article with all of this loose information that is based on nothing.”

Sluijter added, “With other designers or shipyards, for them, a concept might be something that they do every year. So whatever they do next year, the concept that they did this year is already in the past. But Alice will be there and it will be in Miniatur Wunderland for the next 15 years for people to look at. So it has to be something that is really for the future because it's going to be there for the next 15 years or 20 years for people to look at.” 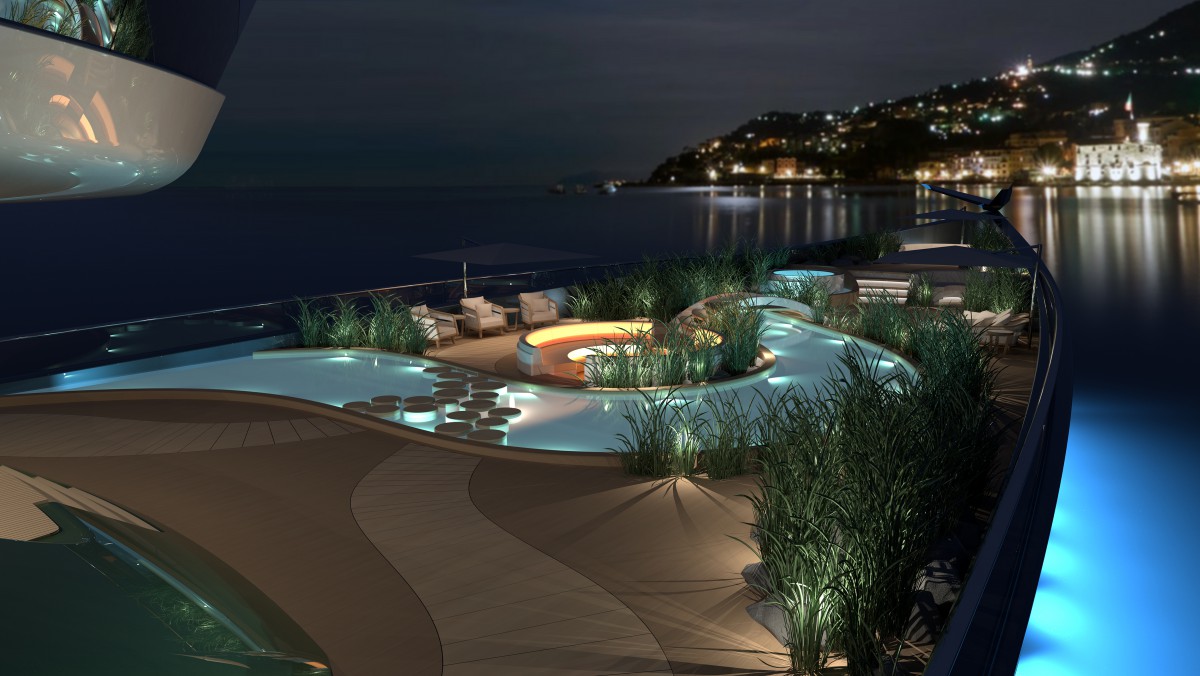 Despite the frustration with clickbait concepts, it feels harsh to punish the responsible designer who has taken the initiative to put a concept together and try and get his or her name out. But on the other hand it's up to the media to have better judgement and decide what is worthy of publication. Sluijter revealed that it does have an adverse affect on business,

“Sometimes potential clients will see clickbait circulating in the media and they will ask us if a design feature is possible, and when we say no, that’s obviously not an ideal situation. I guess that shows that the industry needs to educate more and the media need to be more selective.”

Sluijter also pointed out that perhaps yacht design could be more like architecture, where people can become accredited and approved yacht designers, rather than just being anyone who can draw. An independent label of sorts that acknowledged a certain level of know-how or experience would mean only certain people are allowed to call themselves yacht designers.

Despite all the gripes and frustrations, it is incredibly refreshing to see a young designer at a major shipyard address a real problem with the industry. What would make Alice even more successful, would be if it inspired other shipyards to do the same. Alice is not just a piece of advertising or marketing. It’s Lürssen transcending the real world (and the Miniatur Wunderland world) with something that shows the rest of the market just how good they really are.

Oceanco beyond the current order book