CdM has announced the launched of 39.4m 'Aurelia', the first vessel in its Flexplorer range… 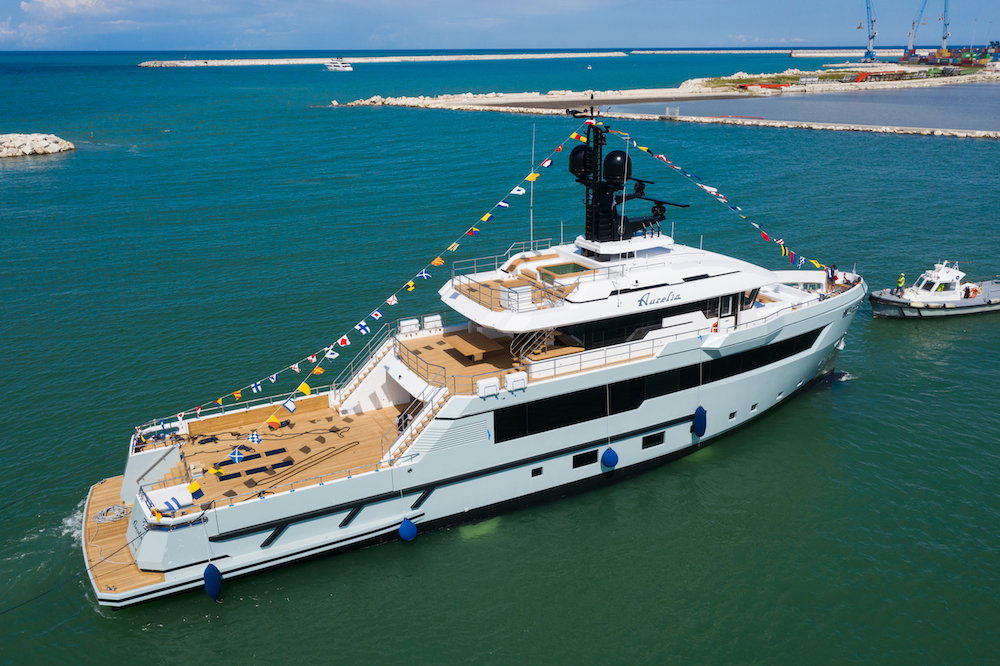 Cantierre delle Marche (CdM) has announced the launched of the first vessels in its Flexplorer range, Aurelia. The yard believes that the Flexplorer range has already become a trendsetter for the explorer market.

“The first Flexploer will be a game changer, there is no doubt about it. It is actually already a trendsetter project if we look at many of the latest renderings published by other yard on the press after we presented the project. This makes us very proud, indeed,” says Vasco Buonpensiere, co-founder and sales & marketing director at CdM. “Being the first interpreters of a new trend and being those who lead the pack, launching this kind of yacht years before out competitors…well, it is just a priceless and a perfect reward for all the efforts we did to create the Flexplorer range of vessels.”

According to the shipyard, Aurelia’s features are those of a “pure explorer vessel”, in so far as the is characterised by robustness, seaworthiness and comfort in all sea conditions. Aurelia’s exterior was penned by Sergio Cutolo of Hydro Tec, with her interiors designed by Francesco Paszkowski Design. While visually appealing, the vessels superstructure, new vertical bow and aft deck are designed to provide the yacht with all the features necessary to be a genuine explorer. 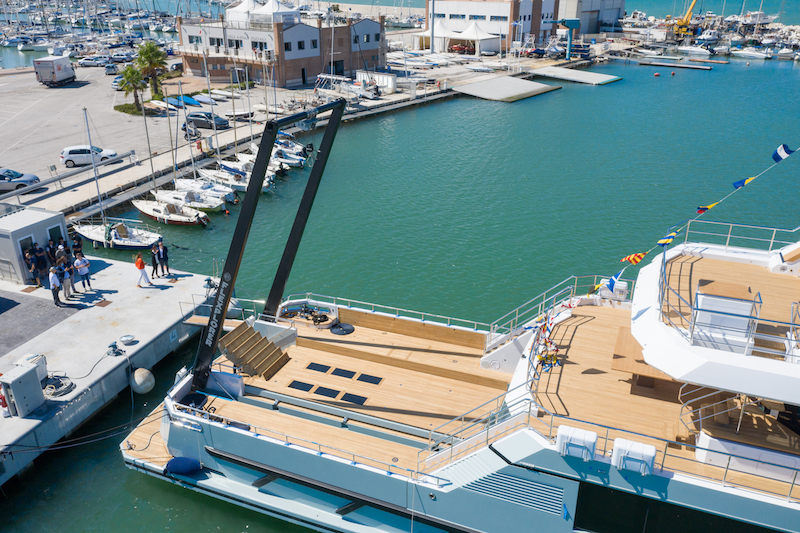 “I have follow personally this build both because it is a very special project with many technical challenges and because of my close relationship with the owners who gave us, for the second time, the privilege of building for them a very special yacht which, for sure, will turn heads whether it will cruise,” comments Ennio Cecchini, CEO of CdM. “This is definitely one of those projects which reminds us why we love so much what we do.”

At 39.4m and with a beam of 8.6m, Aurelia has a displacement of 399t. Powered by twin Caterpillar C32 A Rating delivering 746kW each, she reaches a top speed of 14 knots and has a range of above 5,000nm at 10 knots. According to her owner’s wishes, she only has four guest cabins with a large owner’s apartment on the main deck forward, two VIP suites and a twin on the lower deck. A crew of six caters to a maximum of nine guests.

“One of the characteristics which differentiate a successful company from the others is its ability to keep its commitment towards improvement always at full speed. CdM and its fantastic group of people have proved one again that, despite the incredible success they already have, they are always aiming higher and higher, putting in 200 per cent of their efforts to make things happen even, like the Flexplorer and the A-frame crane ideas. It seems impossible to achieve the result they envisage,” says Aurelia’s owner. Bravo Ennio, Bravo Bruno, Bravo Vasco and the whole team at CdM: I could have never dreamt of something better than this under every aspect.” 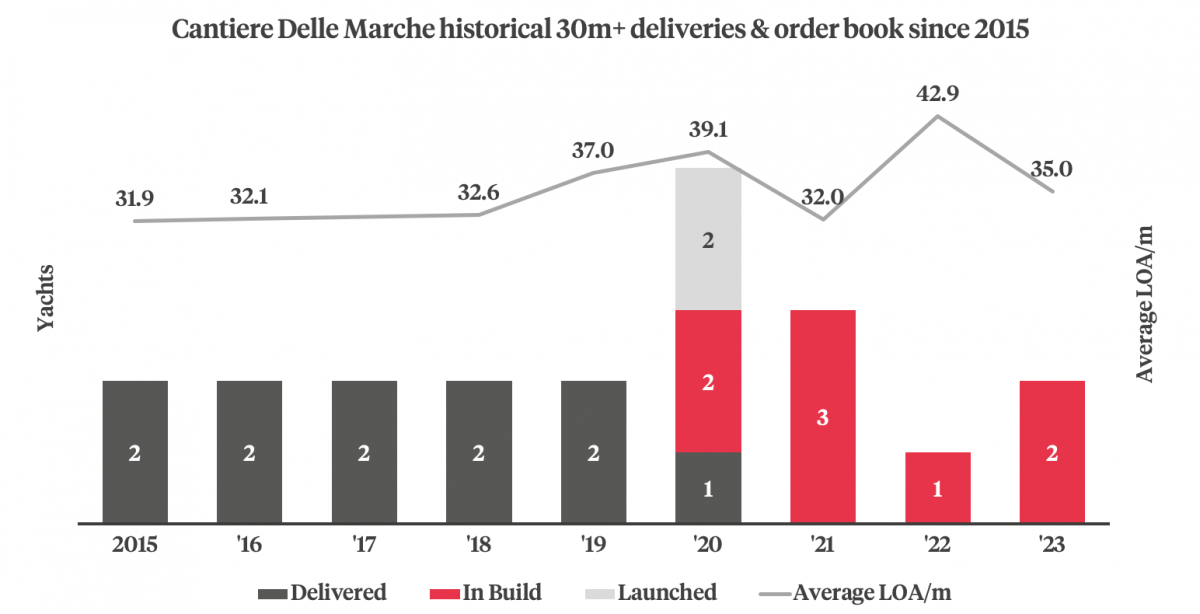 According to data provided by The Superyacht Agency, since delivering its first superyacht project in 2015, CdM has been a picture of consistency having delivered two projects every year since 2015. However, with five projects scheduled for delivery in 2020, this strangest of years was due to be a record breaking year for the Italian builder. That being said, with one vessel delivered and another two launched, 2020 is still likely to be a record-breaking year for the yard. Additionally, with six vessels scheduled for delivery beyond 2020, CdM is fast becoming on of the superyacht industry’s most competitive builders.

A homage to the heavy lifters