A 35m project with purpose

Project Fox: the adventurous spirit is not reserved for people with 60m-plus superyachts… 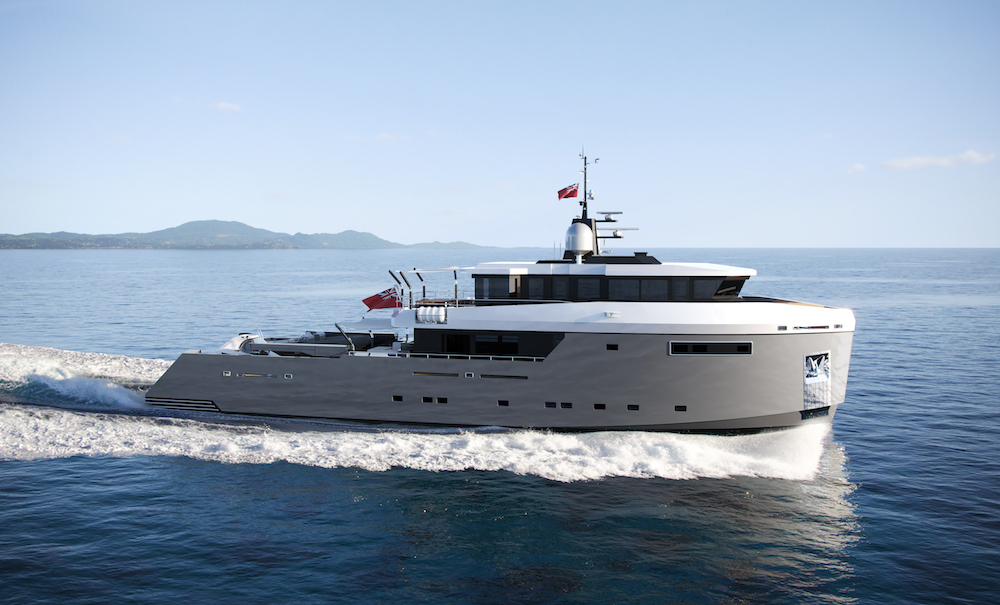 SuperyachtNews speaks to the teams at Burgess and Pendennis to better understand 34.9m Project Fox, a project that even at first glance seems to stand apart from the typical models and thought processes showcased at the smaller end of the superyacht market. Rather than being designed with broad appeal, Project Fox has been designed with a very specific usage model in mind and, therefore, it requires a very specific new buyer.

“This is an owned project and the buyer has been heavily involved in the design and build process, working closely with Q London and Pendennis. You can tell from the exterior, the interior and the general feel of the boat and layout that it has had a lot of owner input,” starts Ian Sherwood, sales broker at Burgess. “In all honesty, I think the owner has fallen in love with the process and being down at Pendennis and so he has already committed to building another larger superyacht at Pendennis with the same ethos, which isn’t for sale.”

Whether through design, chance or a combination of both, Project Fox, the 34.9m explorer being built at Pendennis, has become a Best of British showcase. As the name suggests, Q London is a London-based design studio, with Burgess, Pendennis and a British owner completing the set. While the quality of British superyacht building has never been in question, with the likes of Sunseeker and Princess perhaps dominating the headlines in the new build space and trading on the Best of British ideal, custom projects like Project Fox are a rare thing indeed and it is even rarer for such creations to be British at every turn. 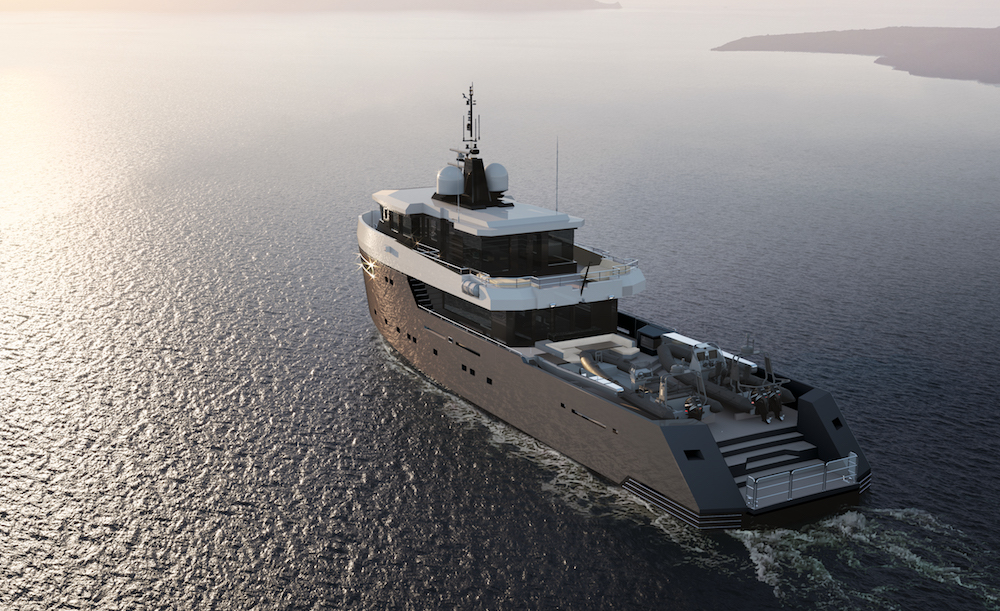 “There is a nice synergy between the businesses involved in this project and the project itself is quite unique,” continues Sherwood. “Underlining the Best of British collaboration is quality, not novelty, each of the stakeholders has been chosen on merit, not because of their proximity, nevertheless it is a wonderful opportunity to showcase what the British superyacht market can achieve beyond the production vessels that are more typically associated with the UK. This is an interesting project from a top-quality shipyard.”

Sherwood correctly points out that the market has a slight obsession with questioning why an owned project would be up for sale. Is the yard failing to meet the necessary standards? Has the buyer fallen on hard times? Is there a clash of personalities between the buyer and shipyard teams? Has another project taken their fancy? Are they opportunistic sellers making the most of a buoyant market?

However, according to Sherwood, while it makes a far less interesting story, Project Fox’s 2023 delivery date simply no longer fits the buyer's schedule, which is evidenced by the owner’s desire to build a larger project with a later delivery date. That being said, there is no hiding from the fact that Project Fox is an extremely specific project that, arguably, may lack the broad appeal that the production vessels that one typically finds in this size range are trying to achieve. 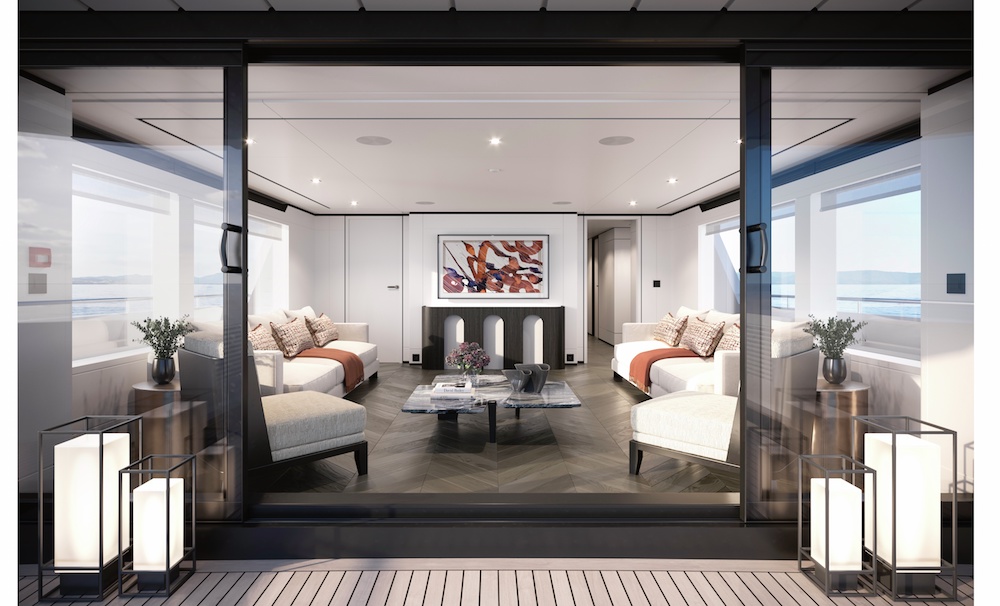 “Project Fox is a bold design and it is not going to suit everyone. It is clear even from an initial look that this superyacht has been designed to be adventurous. However, and I believe the industry has missed a trick here, the market seems to labour under the misapprehension that to be adventurous you need to have a 60m-plus superyacht or own a mothership and a support vessel, but that simply isn’t the case.”

Another mistake that the industry makes within its rhetoric is conflating the ideas of relative youth and adventurous spirit. The expression “a younger more adventurous owner” has been oft-repeated in recent years. Regardless of age, it is clear that Project Fox has been designed for someone who wishes to embrace and experience all that superyacht ownership has to offer. One could even argue, that having a custom project of this size is actually more flexible than having a large superyacht given that it can berth easily in the world’s most popular marinas, as well as being capable of toughing out in some more extreme conditions.

It is true, however, that in order to create a superyacht of this size that is focused on adventure, some compromises had to be made in terms of internal versus external spaces. This superyacht platform has been designed primarily for its ability to carry the necessary tenders and toys for adventure and exploration including, perhaps, a submarine if required.

“We have turned this compromise into an advantage,” explains Stephen Hill, commercial director at Pendennis. “While the deck has primarily been designed so that the owner can store whatever tenders and toys are necessary for a particular excursion, once those toys have been placed in the water, you now have a far larger and more usable deck space than other superyachts of this size.”

Yes, Project Fox has had to make some compromises on internal volumes, such as sacrificing a big aft main deck saloon or dining area, which various studies have suggested are typically underused, and it is true that it can’t carry the almost limitless toys of an 80m-plus vessel or support yacht designed for the same purpose but at least it is a superyacht that has a purpose. The notion that adventure should be reserved for only those with the largest superyachts is utterly ridiculous and this is a fact that has largely been ignored in the smaller size ranges as designers and builders strive to create projects with broad appeal rather than dedicating more time and resources to creating concepts and projects with genuine purpose.

Custom DY 75 Hybrid is officially in build at Damen Yachting