IGY Málaga makes a welcome addition to the marina network 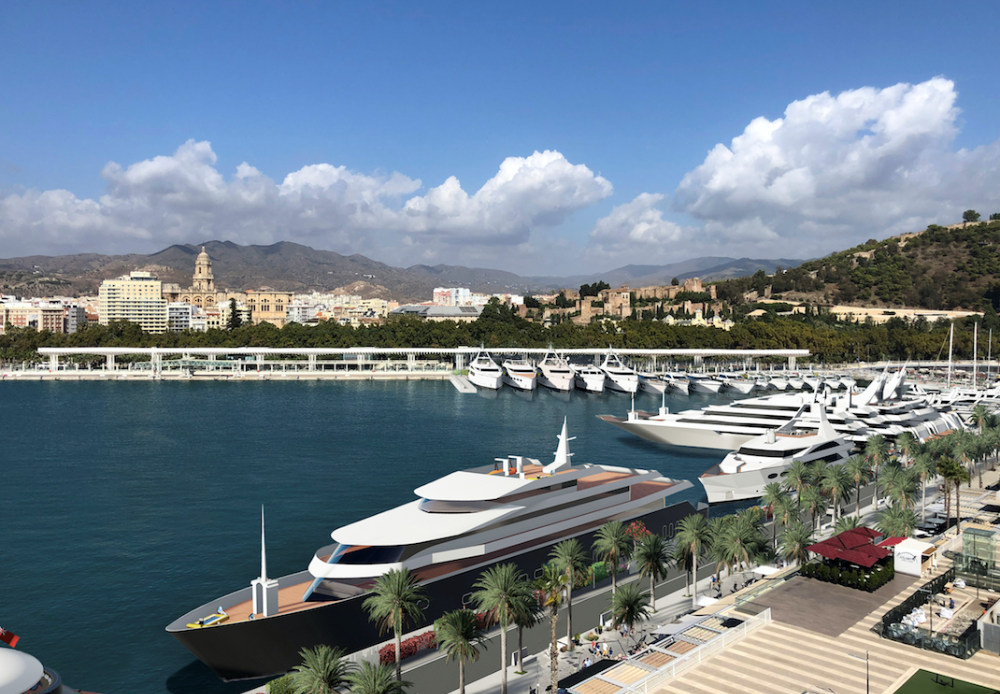 Island Group Yachting (IGY) has continued its expansion into the European marina market, with the announcement of a new superyacht marina development in the Andalucian city of Malaga.

Andalucia has been traditionally underrepresented in terms of berthing options for large superyachts, and with this in mind, SuperyachtNews spoke with Simon Bryan, the European regional director at IGY about the decision to develop Malaga, and how this may shake up the traditional formula for superyachts entering and exiting the Mediterranean.

“It's super-competitive in the Mediterranean. There are so many facilities on this side of The Pond. So you have to work hard and be dynamic.

“Malaga has come a long way in the last 25 years; there has been extensive investment along the waterfront and an underground rail line that provides a direct link to the airport in 12 minutes. It has a lot to offer.”

Typically, vessels transiting the straits of Gibraltar have centred on a stop-and-go visit to Gibraltar for bunkering and EU formalities. Steeped in maritime history and replete with quirks, Gibraltar will always have a place close to the hearts of most yachties, but things have changed in the post-Brexit landscape. With Gibratar's recent exit from the EU, Bryan projects his vision for the role IGY Malaga will play in the new Mediterranean;

“In theory, a superyacht could complete a bunkering stop in Gibraltar, then continue to Malaga and check into the European Union, and have the guests and crew free to explore the city centre”, he explains.

After an Atlantic crossing, a short 60nm run along the Costa del Sol has a level of appeal, especially when compared to the nearly-two days of steaming to reach the more established Spanish hubs. Bryan also explained how other developments may further advance the proposition for the region, moving it beyond a purely transitory formality for superyachts heading in and out of the Mediterranean.

“The Spanish territory Ceuta has removed the VAT charge on charters, and considering the proximity to Malaga [80 nautical miles], the ability to save 20% with a short return trip has a definite appeal.”

The demands of today’s fleet are increasingly complex and now go far beyond the convenience of the location and the length of the dock that is available for alongside mooring. Bryan expanded on what IGY considered vital to one of their new marinas in the Mediterranean.

“At IGY we are very conscious about the shore power considerations of large yachts, so we are investing heavily into a high amperage. We have observed that many superyachts 80 metres and above struggle to connect to shore power, so we are supplying over 2000amps in our new developments.”

This is more significant than the simple logic of being connected to the local power supply. Low emission zones are developing apace across the UK and E.U., and marinas, especially those centrally located in coastal cities, are integral to this.

“There is increasing pressure from local authorities and EU legislation to plug in and not use their generators when they're alongside, The obvious thing to do is to put the right power in. We are futureproofing our marinas by getting the power right from the start.”

IGY is a dynamic force in marina development, with a bold style and interesting acquisitions, such as the St Katharine’s Docks in London. Their extensive experience has been primarily gained in the United States and the Caribbean, and adapting this to the hyper-competitive Mediterranean marina market has its challenges and rewards, as Bryan concludes.

“We work very hard on our relationships, working closely with captains and crew, we want to do our best to help give the owner a great impression. In Europe, there is a lot more interaction with the agents, which is a change, but overall our model is working well and we are excited to keep evolving our offerings across the region.”

Complementing the IGY Marinas in Sete & Porto Cervo, Bryan was eager to emphasise that Malaga will also become an integral part of the IGY network across the western Mediterranean, and stressed that they are only just getting started.

Choosing a base for Mediterranean cruising

Cruising the Gulf of La Spezia