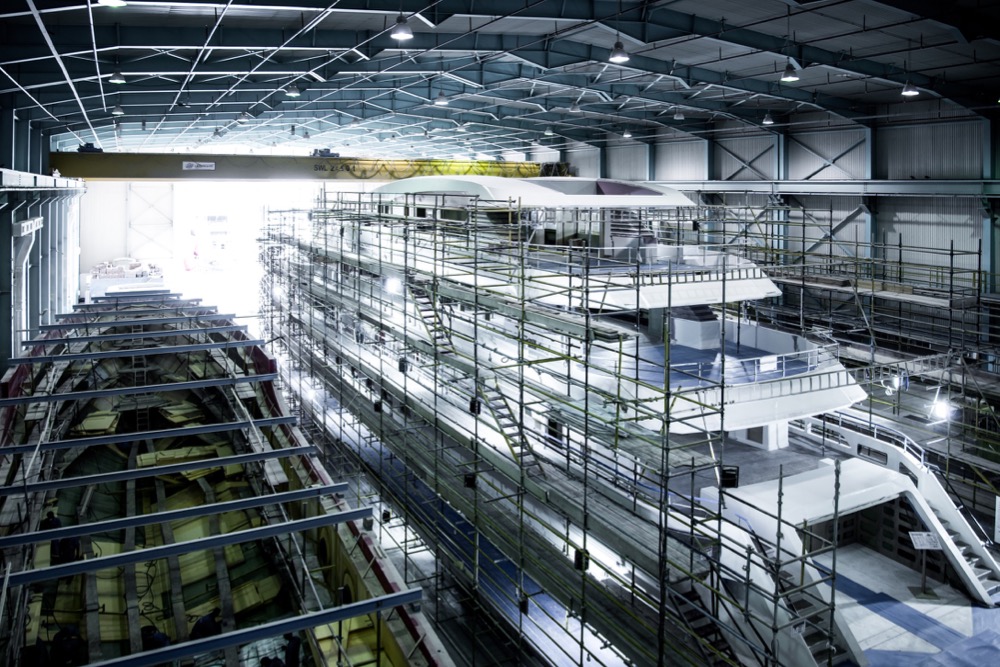 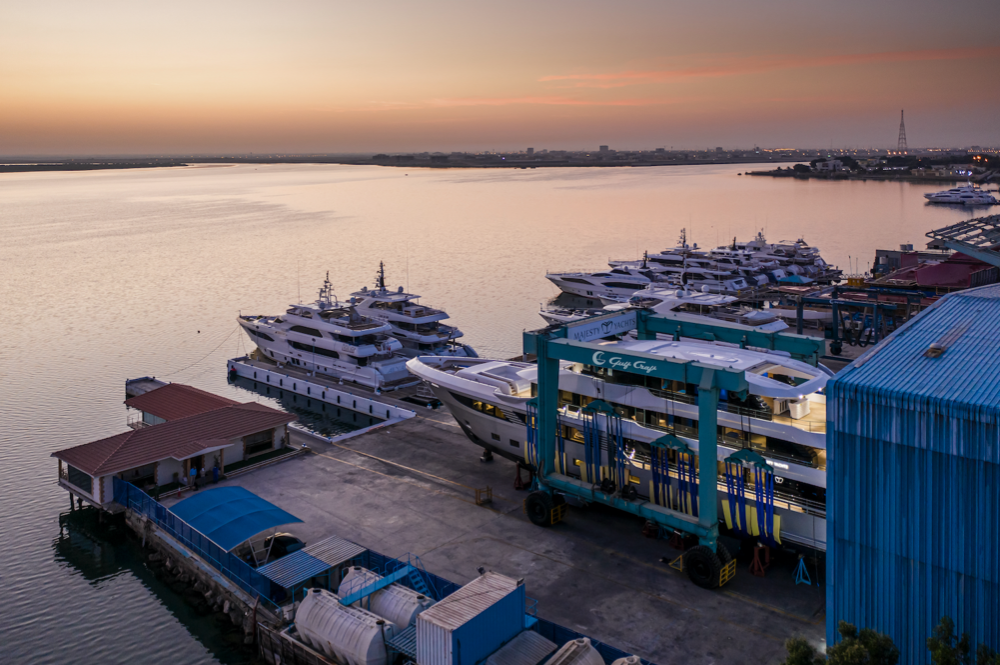 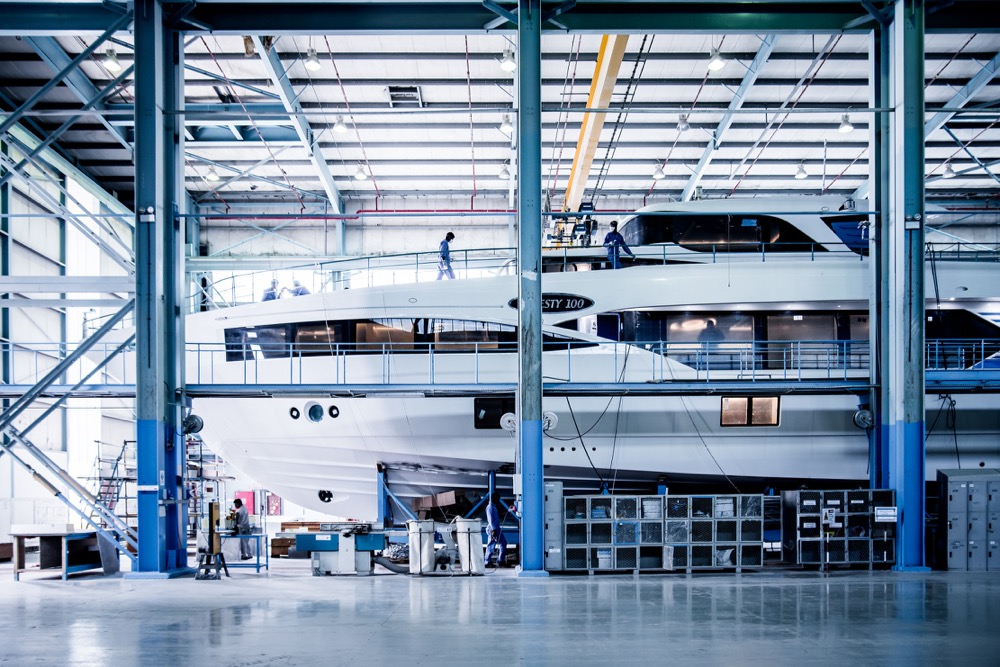 Gulf Craft have recorded 42% growth in the value of their global order book during the first 6 months of the year in comparison to the full year of 2020. The yacht manufacturer has secured 71 confirmed orders for its range of boats and superyachts in H1 2021 with 32 vessels having been already delivered to customers from around the world.

“We are firmly on track to become one of the world’s Top 5 shipbuilders by 2025.” Gulf Craft CEO Talal Nasralla stated, “The strong performance in the first half of this year reflects the growing appeal of Gulf Craft’s vessels among boaters from across the world, who appreciate our exceptional craftsmanship and attention to detail. We have seen demand increase exponentially across all our five brands – from entry-level family boats to luxury superyachts, with customers from the GCC region, the US, Europe, and Australia. Our expanded dealer network and stronger partnerships in the UAE will drive our continued growth through the rest of the year and beyond.” 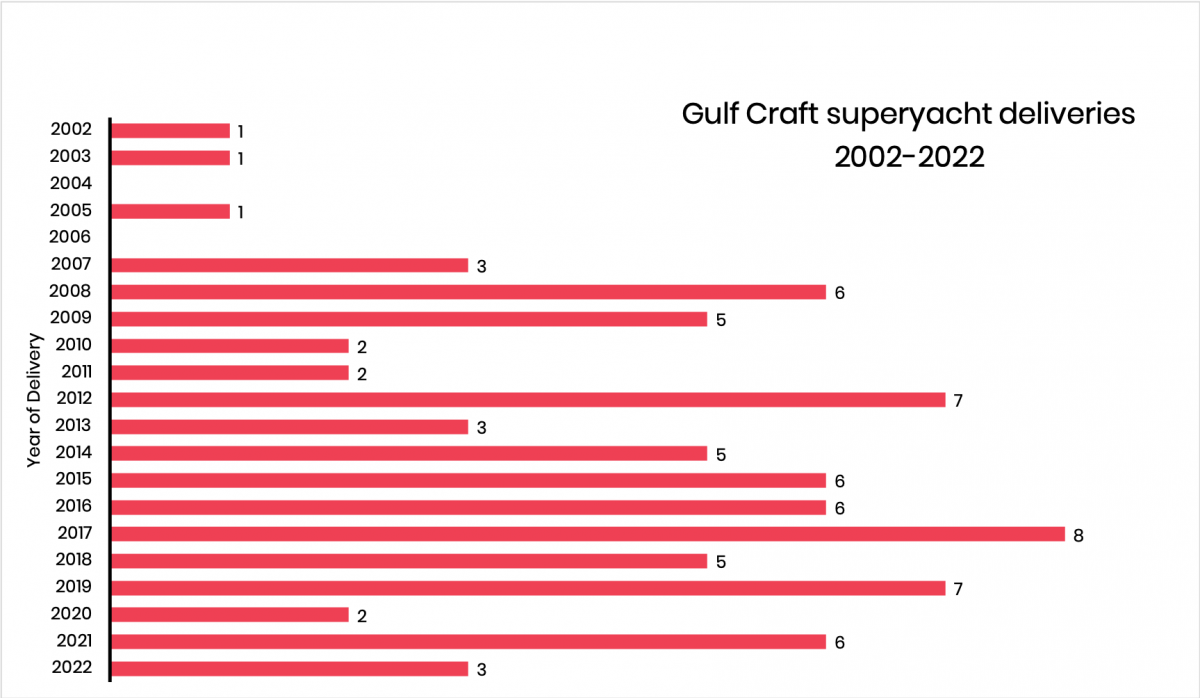 Gulf Craft’s global expansion has continued to take shape over the last six months with an additional twelve countries around the world representing the extensive product range.  There has been a significant push into Europe in 2021 with distribution channels set up in many key territories including, Germany, Spain, the Netherlands, Portugal, and certain regions of Australia.

The company has also strengthened its foothold in the Maldives, one of their strategic international territories, with the announcement of the development of a new factory. The factory aims to double the size of their operations within 16 months. During the first half of 2021, Gulf Craft was awarded a contract with Maldives Transport and Contracting Company (MTCC) to manufacture vessels for the Integrated National Public Ferry Network which aims to establish an efficient transport system to all administrative islands of the Maldives.

Moreover, the last six months also saw the unveiling of the Majesty 175, the world’s largest composite production superyacht, which is due to be handed over by the end of the season. The company also marked the delivery of another Majesty 100 as well as The Majesty 120, which now has 2 additional hulls already in production.

Further strengthening its presence in their home-market of Dubai, Gulf Craft announced a strategic partnership with P&O Marinas, DP World’s collection of world-class luxury marinas and picturesque harbors, to open its dedicated Sales Center at Mina Rashid Marina, the home port for many of Dubai’s superyachts.  The initiative will include a design studio, sales center, as well as a full team of after sales technicians to offer optimum support to the yachts in the marina.

Gulf Craft Chairman Mohammed Alshaali also stated, “While the pandemic had an impact on the boating sector, we remained committed to honoring our delivery schedules and innovating on design and production at our fully integrated production facility in the UAE. We continued to build on an opportunity basis throughout 2020 which put us in strong position in 2021 when we saw an increased demand particularly on yachts ready for immediate delivery. We’ve recorded significant growth for all our five brands that meet the aspirations of seasoned marine explorers, families, and adventurers.”