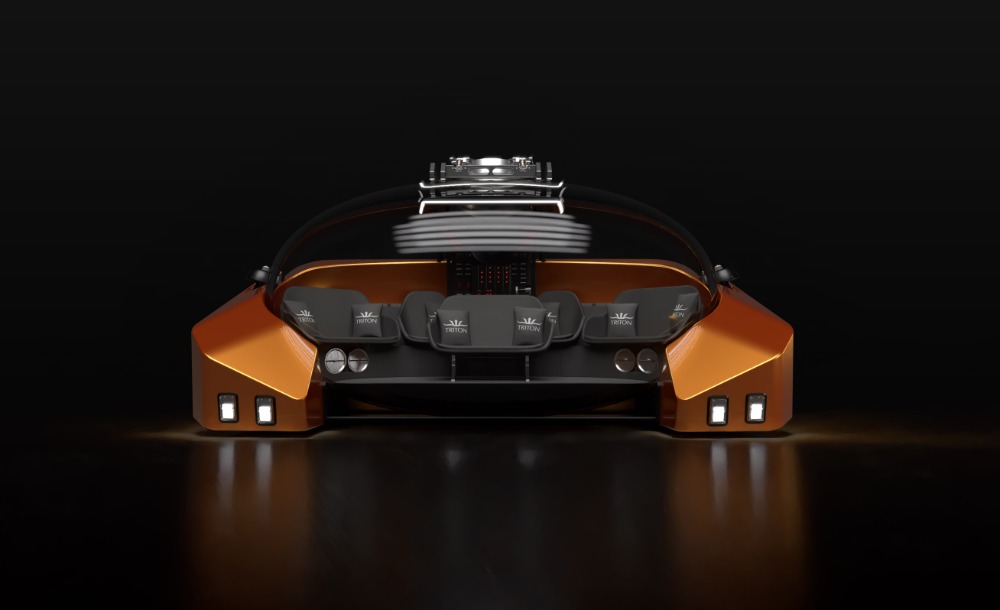 Triton Submarines introduces two submersible models to their portfolio: the Triton 660/9 and 660/7 AVA, configurable submersibles featuring the world's first free-form acrylic pressure hull. Each model features a customisable interior space designed to maximise the visual experience for a relatively large group of guests. The sub is designed for dives up to 12 hours or dive repeatedly throughout the day at 45 minute intervals. The submersibles are designed to dive up to 200 meters and will allow up to eight guests plus pilot in the 660/9 and up to six passengers, plus the pilot in the 660/7. (For clarity, at Triton, the naming classification of each model equates to the operational depth - in feet - and the number of passengers.)

The Triton 660/9 was originally conceived for Scenic Luxury Cruises. The Triton 660/7 was conceived for a customer who wanted a lower capacity, more compact version of the Triton 660/9 AVA, with a further two models scheduled for delivery to private yacht clients. SuperyachtNews speaks with Triton president Patrick Lahey and principal design engineer John Ramsay about what these models signify for Triton and where to next for a manufacturer when seemingly, you have done it all.

It has been 61 years since​​ Don Walsh and Jacques Piccard made the first manned descent to the bottom of the Mariana Trench, a point known as the Challenger Deep, in the Italian build bathyscaphe Trieste. This feat was not replicated until James Cameron returned in 2012. Notably, both of these subs only made one dive to full ocean depth before being retired from service. However, with its 36000/2 submersible, Triton has made what was once impossible a reality, with multiple civilian trips to challenger deep since the 5 Deeps expeditions from 2018-19. So, what is the next challenge after that?

"After you have created something that's gone to 11 thousand metres,  and you then realise what is possible with a spherical pressure hull, it opens up the thought process,” answers Ramsay, with Lahey adding, "If we're only going to go to 200 metres, surely we can go for some different shapes, right?"

“We started looking through the historic rule books that stipulate certain shapes like  cylinders and spheres and limits on the sizes of hatches, and though, why are we doing it this way?” States Ramsay

That reevaluation of the design conventions that dictate submersible form has led to the creation of the first free form acyclic pressure hull. These new shapes that Lahey mentions can be seen below in the asymmetry of the pressure hull and a large internal volume for the passengers. 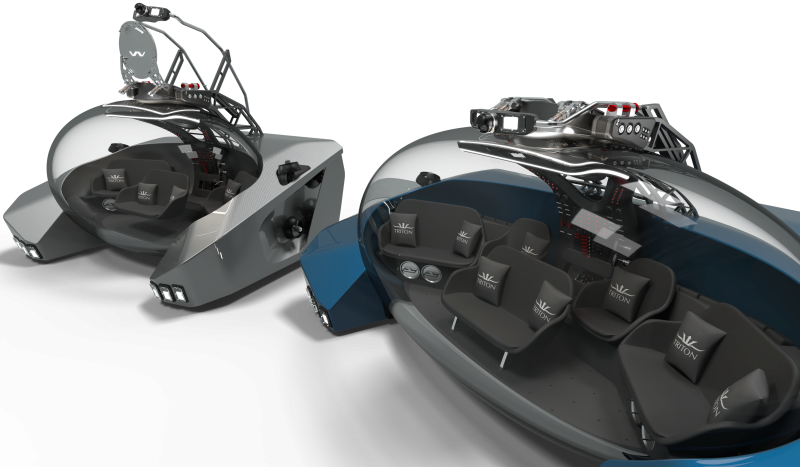 "When you look back at the history of acrylic subs, they have all followed these rules," continues Lahey, "but technology advances, so does the materials and our ability to analyse complex shapes and structures with analytical software." As Lahey goes on to explain, certain features on the AVA have come about through these advances: "Our understanding of the material, the acrylic, has come a long way. When I think about the subs that we've delivered recently, the Triton 3000/6 for example, that can take six people to a thousand meters, five years ago, we couldn't produce that pressure boundary."

A supportive classification society is often mentioned as a critical factor in discussions with designers and engineers that are pushing the envelope, and one name is mentioned more than most; as Lahey explains; "One of the things we've enjoyed about our collaborations with organisations like DNV is their willingness to consider some of these ideas that John puts forward, which may at first seem quite different and a major deviation from conventional thinking. DNV look at them based on good sound engineering principles on the merits of the design, rather than just the constraints of what's in the rulebook."

“John has made almost a regular practice of pushing past those rules, challenging conventional thinking, by not willing to remain constrained or confined just because that's the way it may have been 20, 30, 40 years ago; It's not the way that it needs to be any longer.” Affirms Lahey.

When visualising submersibles, the most natural association is with the scientific community and the practical applications in this field. This cross-over has led to many of the bespoke projects that superyacht submersible manufacturers have produced. However, as Ramsay explains, the attitude towards submersibles is evolving. "I think we've maybe been guilty of focussing heavily on subs that are ultra-capable for very deep diving, having huge payloads for science and mounting points for cameras. Which has, in turn, led to these incredibly reliable submersibles." 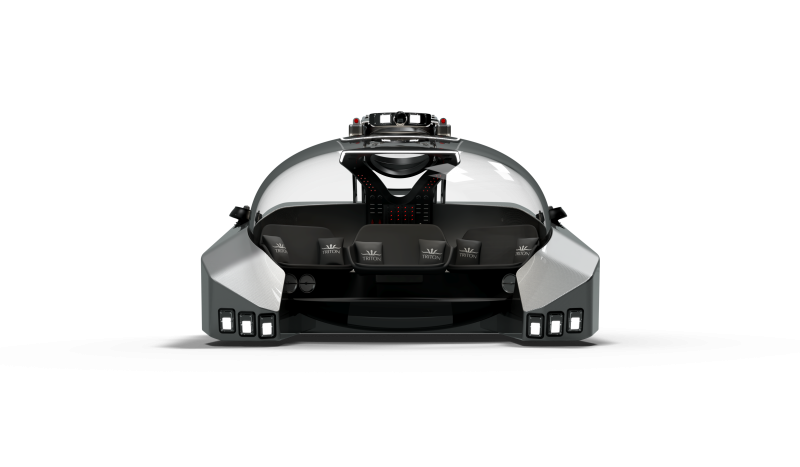 Ramsay clarifies that this focus has led to the development of a series of ultra-capable subs like the Triton 7500/3 for Project REV or the Triton 13000/2 Titanic Explorer. Still, the AVA models fill a different niche, as Ramsay explains: "The TRITON 660/9 AVA sits at the other end of the spectrum and is created to offer people the opportunity to have an incredible underwater experience without necessarily focusing on performing any particular task. We really wanted to bring the entertainment inside the submersible itself. So, by creating this large, welcoming, sociable space, there's a lot more versatility in what the submersible can offer, albeit at 200 metres rather than 11,000 metres!"

To give context to exactly what is required to build a submarine that can handle the pressures that exist at 4000m, Ramsay explains that the amount of acrylic needed to withstand the pressure has a higher volume than the interior space of the sphere itself. And there is where Lahey, finally, sees some form of limitation at present, as he explains, "There's virtually no limit to what we could do. Of course, there are practical limitations, however. The Triton 13000/2 Ti is really at that limit. I also don't think anything beyond 4000 metres in acrylic is very sensible. As John says, you've got more acrylic than you do volume inside of it."

Lahey goes on to outline the next challenge for Ramsay and the team at Triton:  "If you want to go beyond 4000 metres and you want to give people a visual experience comparable to what we do with our products that go to that depth, you got to come up with different materials. So that's why we're working on a glass pressure boundary that could go to any depth in the ocean and give people that immersive, powerfully compelling experience that you get inside of a transparent pressure hull."

One to One: Patrick Lahey

First commercial dives to deepest points of the world’s oceans