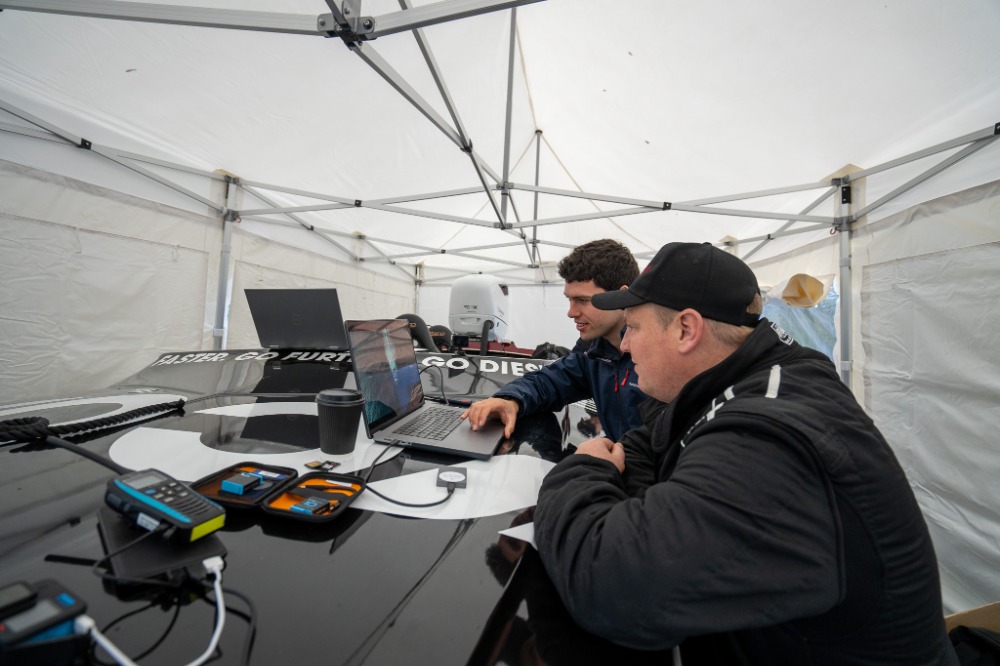 Diesel outboards make sense for superyacht tenders. The IMO restrictions around the volume of petrol that can be carried onboard are low, compared to the demands of a typically busy superyacht. 150 litres are enough for the petrol outboards to have only a couple of days of heavy use, at most, and often involve manual decanting in even the most advanced superyachts.

Lingering questions about performance and top speeds appear to have been categorically countered by COX Marine. The team - Project Pegasus, competing at Coniston Records Week beat its own records three times, achieving a final average speed of 62.84mph, measured across the kilometre-long flying start course on Cumbria’s Coniston Water.

A secondary objective was to analyse the effectiveness of HVO when run through the same 300hp CXO300 outboard. Hydrotreated Vegetable Oil (HVO) is a paraffinic bio-based liquid fuel originating from many kinds of vegetable oils, such as rapeseed, sunflower, soybean, and palm oil, as well as animal fats. It has a higher flash point than traditional diesel, as well as a lower environmental footprint.

Comments James Eatwell, COX Marine’s Head of R&D: “Of course, the whole team are justifiably delighted with 62.84mph from a totally standard CXO300 pulled straight of the production line, but the real message is what the achievement says about HVO, other ‘future fuels’ and the clear benefits they can bring. Every second the motor ran on Coniston, from early shake-down runs and prop and trim optimisation runs, to final record runs was data recorded.

We ran the engine on both HVO and diesel during the week, and it's important to state that in terms of the engine’s vital statistics, including, oil and water temperatures, vibration, and of course RPM and top speeds achieved, the data showed comparable results between the HVO and marine diesel. In emissions testing prior to Coniston we actually saw a 40% reduction in particulate matter emissions in running a CXO300 on HVO instead of diesel, tying in accurately with claims made by our HVO fuel provider and suggesting more complete combustion was being achieved with the HVO.”

COX Marine stresses that HVO is a true 'drop-in replacement for conventional diesel. Tanks and fuel lines do not need to be cleaned when changing between the two fuels, and the CXO300’s ECUs (Electronic Control Units) will automatically reset and optimise the engine for the fuel in use, whether HVO or diesel just as they also do for the slightly different grades of diesel available around the world.

HVO is only one step in the marine decarbonization journey, Eatwell concludes: “As far as operating diesel engines on ‘future fuels’ is concerned, HVO is not the only game in town, and while we ran on HVO100 fuel at Coniston, the event also provided the opportunity to point out to our customers and prospective customers the fact that the COX CXO300 offers the widest range of fuel types approved for use on any diesel outboard.”

Cox Marine expands into the UAE