How Oceanco transports superyachts through Rotterdam 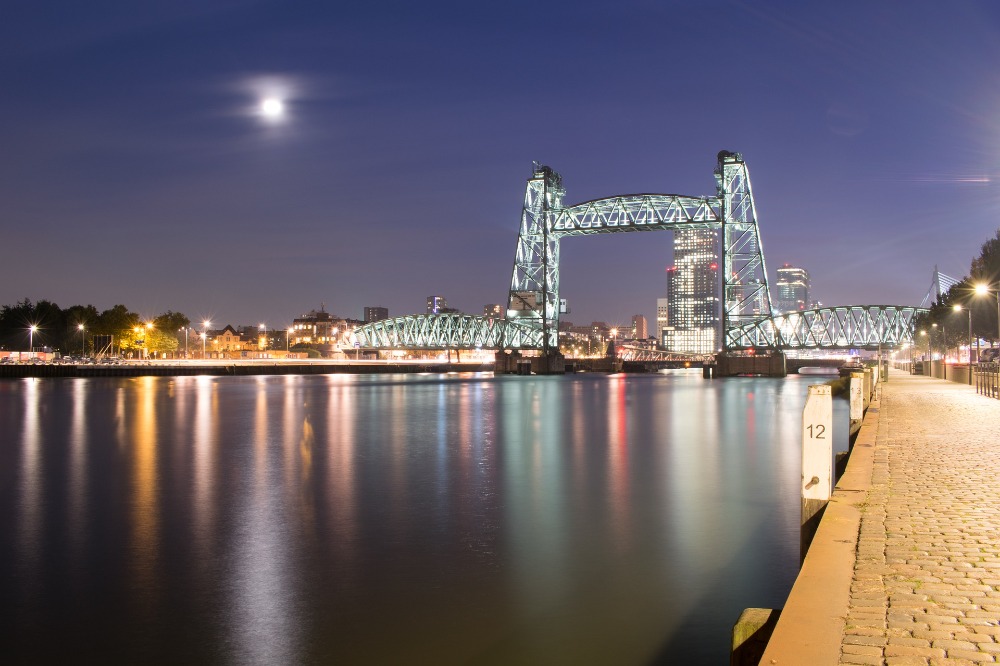 In recent times stakeholders have become somewhat accustomed to having an unflattering light shone on the superyacht industry. While negative PR can sometimes be foreseen and prepared for, the current media landscape that seems to breed sensational headlines and clickbait articles is a treacherous path that many businesses in yachting avoid going down. The headline ‘Historic bridge to be dismantled for Billionaires superyacht’ had many mainstream media journalists salivating at the prospect of one of the most high profile and controversial individuals possibly dismantling a historic site. But without delving into the morality of the financial elite, there is an interesting story about how the dutch shipbuilding industry transports said superyachts through some of the most intricate and complex waterways in the world.

With Rotterdam having such a unique physical landscape, the media storm raised the question - Do Oceanco and local authorities have a history of working together to ensure the smooth delivery of a superyacht? The short answer is yes. The yacht building company was established more than 35 years ago and every yacht that has and will be built since then will have to do that same journey. Many of the 90m plus Oceanco yachts have done it two or three times for sea trials and for their final delivery, as well as when returning to the shipyard for maintenance and refit work. In general, all of Oceanco yachts pass through Rotterdam to reach the North Sea from the town of Alblasserdam.

As a waterfront enterprise, perhaps one of the most important relationships that Oceanco have is with the national authority for the waterways (the Rijkswaterstaat), as they assist with the monitoring and controlling of traffic along the rivers when the shipyard needs to move their yachts to and from the facilities out to a harbor and the North Sea.

The company highlighted that it is the Van Brienenoord Bridge which is of particular importance with regards to the movement of the yachts. As a key user of the waterway beneath the bridge, Oceanco has extensive ongoing communications and a constructive long-term relationship with the authorities in charge of the bridge’s operations, as they look to minimize the impact on road traffic by limiting opening times.

A spokesperson for Oceanco explained, “There are two route options available and the choice is ours depending on timings and logistics. The first, shorter route is via Rotterdam, passing through the Van Brienenoord Bridge and Erasmusbridge, while the second is via the ‘Oude Maas’, which passes through bridges at Alblasserdam, Dordrecht, and Spijkenisse.”

While the yachts themselves are built with specifications that take in mind the physical delivery of the yacht, there are other aspects at play that can determine which route is taken. “The decision on which route to choose for a particular voyage is based on the maintenance schedule and opening times of the various bridges. For example, the Van Brienenoord Bridge only opens three times a day – at 06:00, 11:00, and 14:00 – so the yacht will need to leave the Oceanco facilities at 04:00 to be able to pass through the opened bridge. If we need to leave later, we opt for the alternative route which has more options in terms of timing.”

This is the first time Oceanco has spoken around the subject of transporting superyachts through the city of Amsterdam. In the past, there has never been much in the way of news or attention surrounding the transportation of yachts through major cities in Holland - more often than not videos online are met with a reaction of awe and inspiration of Dutch engineering and their ability to manipulate infrastructure. However, the reaction to Project Y721 and the De Hef Bridge can now be viewed as a cautionary tale of the level of gravity that comes with certain surnames in the ultra-high wealth bracket.