SuperyachtNews.com - Owner - For she was Aphrodite

“Fortune shows herself more kind than is her custom. It is still her use to let the wretched man outlive his wealth, to view with hollow eye and wrinkled brow an age of poverty from which lingering penance of such misery doth she cut me off.” – The Merchant of Venice… 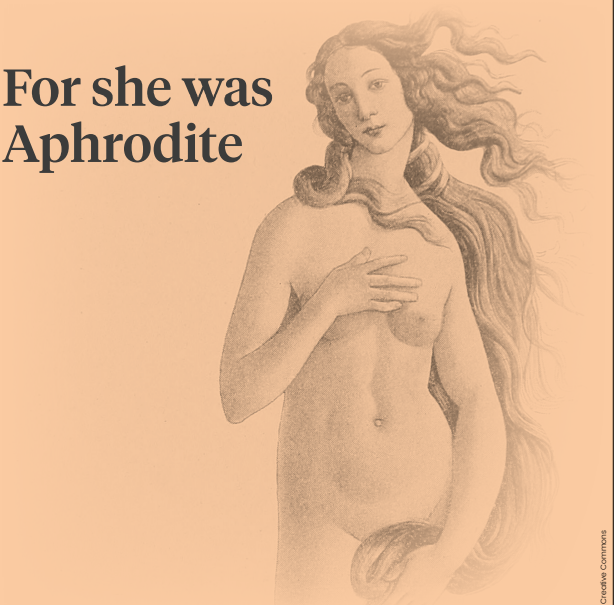 “Fortune shows herself more kind than is her custom. It is still her use to let the wretched man outlive his wealth, to view with hollow eye and wrinkled brow an age of poverty from which lingering penance of such misery doth she cut me off.” – The Merchant of Venice

Donald was not such a man. He was sure he would outlive his wealth, and that was a strange state of affairs. He could not spend his money fast enough. Before the money he had spent was even enjoyed, it was replenished by its own interest, and with this growing interest came growing interest in Donald and a whole host of new ‘friends’. He knew some of the girls he consorted with would not, in a different life, have given him a second look without the comfort and luxury of his bank balance. He often viewed the intentions of the Charlottes, Tabithas and Sophies with cynicism, but while he was in the first flush of wealth, why not?

His new house in The Little Boltons in Chelsea boasted a mantelpiece above a fire. He was never certain whether it was reproduction or original, but there was no denying the reproductive nature of the invitations he received to one social occasion after another. He was suddenly on the guest list for every party of note in London; the homes he entered and the individuals he met when drinking champagne were becoming indistinguishable from one another. He needed rescuing.

Nigel Broomfield, his ‘broker’, was not quite his manservant but he had become his social ‘Jeeves’, guiding Donald through the pitfalls and various other traps that were set for the contemporary eligible bachelor. Donald was very much indulging his pre-millionaire fantasies. Hiring jets and going on private jaunts to watch Chelsea Football Club was becoming the norm; it was something he liked to do with his oldest friends. But he sensed they were a little uneasy with him flaunting his wealth. He was uneasy, if truth be told. Then there was Nigel trying to introduce a little culture into Donald's life. The Little Boltons was undeniably a smarter address than his previous abode in the London Borough of Lewisham, but he was resolutely struggling to break away from the life that he knew, much to the puzzlement of the new social circle into which he found himself edging. It was July 1999 and he received a phone call from Nigel at Campers.

He was in the know now; no one called them Camper & Nicholsons International, it was just Nigel from Campers or his equivalent from Edmiston or Burgess. They were all good fellows but Nigel had become a dear friend – a dear friend who persuaded him to be at Luton Airport at some ungodly hour to join him and a family on their gleaming new Gulfstream IV. His battered Adidas sports bag seemed out of place with the matching Luis Vuitton suitcases, all brown and heavily ‘LV’-branded. How could anyone look that well put together at this time of the morning? The husband, who he would later come to know as Yannis, was Greek-Cypriot by heritage, London by birth, tall, handsome, with chiselled features, suntanned, and wearing a blue linen blazer over a white Prada shirt and chinos that seemed to be tailor-made.

The children, probably no older than six or seven, were twin boys, George and Harry, dressed head to toe in matching Ralph Lauren polo shirts, shorts and sneakers, chaperoned by a nanny. Yannis’ wife was impossibly beautiful with big hair, high cheekbones and make-up applied as if by a fine artist. Donald was still in scruffy jeans and an old pair of Converse trainers. Despite the early hour, breakfast was served with champagne and the conversation was easy. Donald was much used to scheduled flights in business class, and despite the obvious convenience of private jet travel, there was nowhere to hide.

The Gulfstream IV was cramped, it was noisy and he had seen all the DVDs they had on board. He tried to sleep but when the plane got buffeted over Greece, he came to realise that turbulence had no respect for wealth or privilege. Eventually, they arrived at Bodrum, and as they sped towards the marina in a small fleet of Range Rovers that Nigel had organised, Donald saw a gleaming, white, sleek, floating statement, a Mangusta 108, her name picked out on the stern – Aphrodite.

He followed the cue of the others and slipped off his shoes and socks before boarding and, at that moment, he resolved that pedicures were to be the order of the day. As her twin engines fired up and Luca, the captain, glided Aphrodite out of the marina, Donald, for the first time, felt in his element. His stress was left behind him in the plume of the rooster tale that followed Aphrodite as she rose, settled on to the plane and headed into open water. G