The physical toll of building, maintaining, and operating yachts under current conditions is not sustainable… 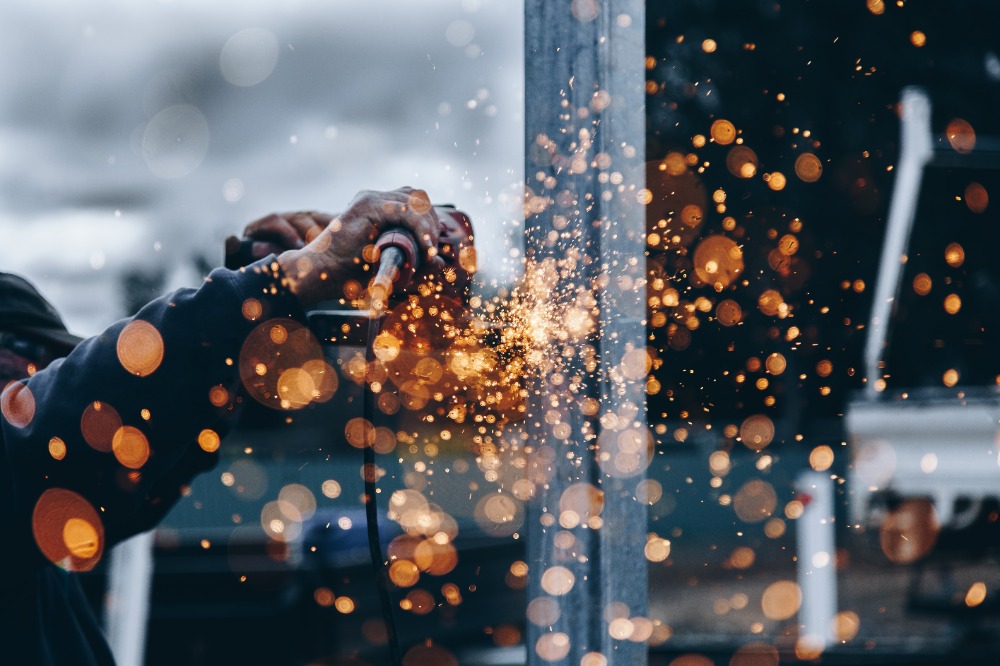 This summer there has been an unusual amount of superyachts that have set fire, sunk, and run aground. The overwhelming majority of stakeholders are pointing towards lithium batteries as the source of many of these incidents, even when there is no hard evidence to back this up. Lithium batteries are a problem, and they do sometimes cause fires, but in the absence of official reports, they are also being used as a scapegoat to avoid taking a step back and looking at the bigger picture. There is a human element to the superyacht industry that has long been disregarded, and it wouldn’t be wildly inappropriate to suggest that this is subsequently having some effect on the condition of the fleet.

I don’t mean to say that stakeholders are to blame, but I do think that more consideration should be directed toward the people who are (literally) working tooth and nail to keep the industry afloat. The number one justification for the very existence of these giant hunks of floating machinery is that they provide a lot of costly work to a lot of people who will gladly make a career out of cleaning bilges, applying antifoul, and fairing surfaces. The market is tightening daily, and you could already argue that this increase in pressure on the industry's already struggling workforce is starting to cause some cracks in the system.

On the crew side, you have an increase in the number of charters per season, and an increase in the number of superyachts joining the fleet, but not enough quality crew to sustain this increase. Superyacht crews are trained to pass exams, not to maintain superyachts. They often work 18-hour days, live in tiny cabins, and are under a lot of pressure to meet the owner's demands. Many yachts are a breeding ground for mistakes and miscalculations.

Following on from the global pandemic, the world is now staring down the barrel of an economic recession - another event that will hit the poorest the hardest. Statistics have revealed that hospitality workers are struggling more with mental health problems now than they were during the height of the pandemic. The report revealed that 80% of staff had experienced mental health issues as a result of their work, with antisocial hours and performance pressure cited as the cause. It has already been proven that this statistic is being reflected in the superyacht industry.

If a refit project is condensed while it's in a shipyard, and the vessel is having to go straight out for a charter, then the crew are the ones who will have to deal with the issue out at sea, but that doesn’t necessarily mean the issue is their fault. People cause accidents, but when incidents occur, there is often a long line of people who share the blame. The industry, unfortunately, tends to prefer appeasing for short-term profit in favour of pausing and making calculated moves that consider the long-term effects.

On the shoreside, you have workers in shipyards being pushed to make compromises and find solutions for ludacris designs that favour extravagance over seaworthiness and functionality. This problem isn’t even exclusive to yachting. Renowned car companies such as Chevrolet have had to recall cars due to the risk of their high-voltage battery packs catching fire. The bid to become sleeker, slimmer, and higher performing, pushes manufacturers to come out with more compact designs that ultimately have a higher risk of causing an accident.

There is a serious lack of appreciation and recognition for all the workers and craftsmen in the superyacht industry, especially towards the junior crew and blue-collar at the coalface. When we talk about how costly and inefficient the refit sector is, or how long the waiting list is for a new build project, we often get bogged down in how it squeezes profit margins and repels clients. But when deadlines aren’t being met, and the pressure is on, the actual workers bear the brunt of it. They are the ones that will work laboriously 80 hours a week when they should be at home having dinner with their family.

I’ve seen it before, hundreds of men and women, working for modest companies, up on the scaffolding and decks, breaking their backs day in, day out, trying to meet deadlines. Shipyards are full of people bragging about the fingertip they sacrificed and the tooth they chipped for the sake of getting the job done. These are the people who ultimately have to make up for the lack of competency at the top of the ladder.

This physical toll should be accounted for and analysed, and ideally, it should serve as a backdrop to financial reports. You dread to think how many millions of pounds worth of assets have gone up in smoke or sunk to the bottom of the ocean, or how much oil and fuel has seeped into the ecosystem over the last couple of months. But when we start to see accidents proliferating, there should be more consideration for the human element of the industry and the lives it is putting at risk. The boundaries have been pushed far enough.