SuperyachtNews.com - Fleet - 39m superyacht sinks off the coast of Italy

All crew members have been rescued without serious injury…… 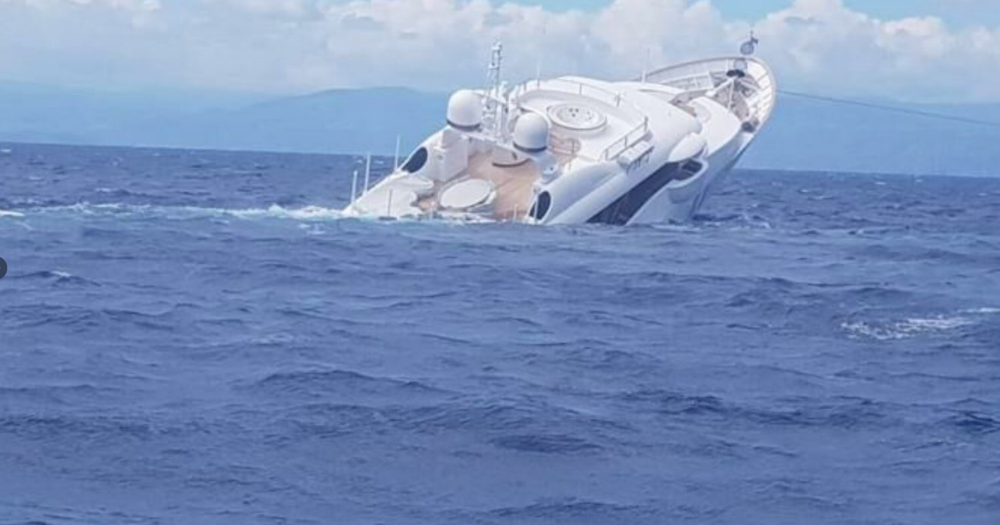 The 39m motor yacht My Saga has sunk off the coast of Italy after it began taking on water at the stern. The local press reported that the yacht officially sunk at 13.00 on the 20th of August in The Gulf of Squillace, roughly nine nautical miles off the coast of Catanzaro.

Reports have suggested that the vessel was cruising from Gallipoli to Milazzo with an all-Italian crew. The Port Authority of Crotone received a message from the yacht the night before which revealed they were taking on water at the stern.

Two patrol boats were subsequently sent out and the full crew were rescued without any injuries.

A tugboat attempted to bring the vessel back to shore, but unfortunately, weather conditions worsened throughout the day and the vessel ended up taking on too much water.