Steven Bates, general manager at Medaire, discusses the company's history, and the evolution of medical support onboard…

As the world becomes more connected, and superyachts roam further and carry more people, the need for comprehensive medical support in these challenging times has never been more imperative. Medical support services such as MedAire have become a crucial part of the safe on-board operations of many yachts across the fleet. MedAire's superyacht services are a complex integration of medical support, transport logistics and regulatory conformity. Crew and guests can encounter a wide range of potential health considerations as a yacht moves across the world, with each country and territory presenting a constantly changing set of challenges that a supplier such as MedAire must navigate. Engine spares are hugely important, but medical care and support are vital.

Speaking with Steven Bates, general manager at MedAire, over a coffee in downtown Auckland gives a fascinating insight into the history and trajectory of MedAire. Bates was on the bridge team of some of the iconic yachts of the late 1990s and early 2000s, such as Katana and Ronin. Riding the wave of yachting that swept through New Zealand around the first two America’s Cup defences in Auckland, he then took his skill set shoreside and into the booming Kiwi yacht-building scene at the time. 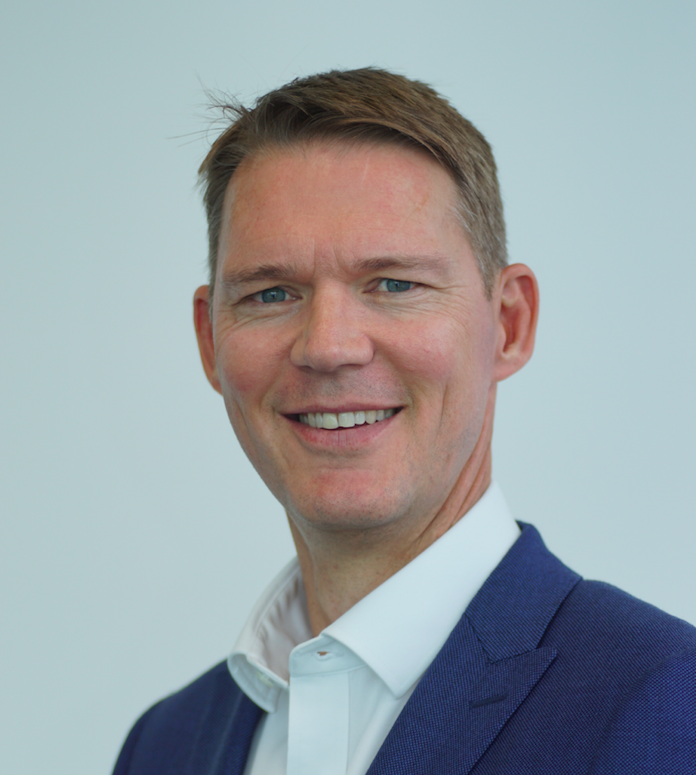 Speaking personally, my history with the team that would become part of MedAire’s superyacht services extends back to the late 2000s. Working in a dive store in central Auckland while studying, they would run advanced diver medial training and occasionally put groups forward for offshore medic courses. A local company called Yacht Lifeline (YLL) ran the training. The terrifically engaging former special forces paramedic Brent Palmer would host some of these courses and give guest lectures. Listening to someone with real experience, recounting real trauma, never left me (nor the person sitting in front of me in a lecture who fainted and fell off her chair during one particularly gruesome recollection of an amputation.)

Learning that Brent and the team at Yacht Lifeline had taken their experience and merged with MedAire made total sense, and it was from there that myself and Steven Bates began our conversation. “I used to run Yacht Lifeline with Brent Palmer and Tony Nicholson, which we then merged with MedAire, an International SOS company, late in 2011. At the time MedAire was very focused on aviation and wanted to expand further into the superyacht market. A huge amount of Tony & Brent’s innovations and concepts then helped the company expand from the skies to the sea!” starts Bates.

Superyachts and the people onboard will encounter the need for medical assistance almost everywhere across the world. As Bates points out, aviation medical kits and support systems that formed the majority of MedAire’s clients early on are far more generic. They are designed to provide assistance and to support a patient with a medical emergency while the plane flies to meet medical professionals on the ground.

In the case of a jetliner, it is only ever going to be a maximum of 8 - 10 hours away from landing and reaching the professional medical teams, and usually significantly less. Yachting presents an entirely different challenge. “With a large number of private jet clients specifically, often they would ask – hey, can MedAire also look after my yacht?” continues Bates, “So from there it evolved and developed further into a complete yachting service. MedAire was able to bring in people like myself who have worked in the Superyacht industry to adapt the processes and procedures to suit the specifics of yachting. Having Brent and Tony, who have worked as paramedics and can then bring that field experience to the table was vital. Obviously, there are also many other individuals who have made the MedAire service the success it is today.”

As a company MedAire has evolved, especially over the last 2-3 years, facing challenges which include COVID, Brexit, new MCA equipment regulation changes and now the sanctions arising from the Ukraine crisis. But, as Bates outlines, Medical support is the priority. The doubleheader of Brexit and COVID has affected the medical supply industry in complex ways. The former has led to MedAire permanently relocating its distribution centre to Holland, from the UK.

“In the early stages of Brexit, there was equipment and supplies coming through into the EU, using yachting agents and custom clearing authorities but it was hugely challenging, (and expensive) to get it out to the vessels from the UK. This affected all equipment suppliers operating out of the UK, a clear example was that nobody could get the resupplies to Palma, Barcelona and the Catalan region, as the Spanish Authorities banned all Superyacht medical supplies ex-UK.”

Bates adds that these issues were replicated, in one form or another, across Europe, leading to the significant step of relocating its distribution centre to Europe. “The Dutch, on the other hand, understand the maritime industry well. They understand that these are medications designated for a vessel that is not importing them, and they will remain in transit and will be leaving the country.”

The downstream implication for the industry after the COVID pandemic will be far-reaching. The pandemic has intensified the innovations in medical technology globally. And that technology will find its way onboard, as Bates explains: “We have various vessels that have the COVID PCR technology onboard, and what we can now offer is the ability to re-utilise the same diagnostic equipment to diagnose a huge number of other illnesses.”

COVID has brought the health of those on-board front and centre of operations. Bates, and the team at MedAire position that it should always have been there and should remain that way long after the pandemic has subsided. As yachting strives to be perceived as being professional, it is lagging behind other comparable industries in terms of how seriously they take issues surrounding health.

“Between International SOS and MedAire, we have access to over 5,000 medical professionals who provide assistance not only to yachting and aviation clients but also to the corporate world and numerous other industries. Hearing first-hand about various programmes deployed, relating to wellness, fitness, smoking cessation, working from home practices and emotional support, allows us to learn from each other and drive innovation. Of course, if you have healthy staff, your company will operate more efficiently and generally perform better. I believe yachting can be slow to adapt and see the value behind these programmes.”

“We've got the case studies and data to show that when the crew are calling us; by calling early and calling often, we can help mitigate issues before they become larger more serious issues, which then can become a medical insurance cost, as well as staff downtime." Says Bates

The other major challenge; navigating sanctions, has been layered in complexity. Almost every corner of the industry has been affected. Considering its wide-ranging presence, especially across larger yachts, MedAire has been no exception. Conforming generalised sanctions with opaque ownership structures is the responsibility of the company, and as Bates reflects, some parts of the industry don't seem to have grasped the gravity of the situation.

“It was interesting for us to see how different companies approached the sanctions. For us, the sanctions were announced on Friday, so we worked with the legal department over the weekend to figure out our risk. We identified many of our larger yacht clients as being linked to sanctioned individuals and so we ceased services immediately. In contrast, it was eye-opening to see other service providers not fully grasping or understanding the risk, who seemed slow at taking action, at least in the early stages.”

Of all the suppliers to a yacht and its crew that may be forced to withhold services due to international sanctions, medical support feels one of the most emotive. How MedAire is approaching this issue gives an enlightening insight, as Bates explains. “We are very focused on the crew. Our contract is with the vessel, the asset, not the crew, and fortunately, the crew themselves have not been sanctioned. Although our contract with the vessel is suspended, we can and will still provide medical assistance to the crew on a case by case basis, directly.”

“We will not offer a guarantee of payment as we normally do,” continues Bates, “though we have a process in place whereby a life-threatening situation is immediately escalated to our medical directors who can then authorise payments on behalf of this person. It's about life at that point, we will worry about the insurance and money later.”

“What we have observed with the sanctions list from the British Ministry of Foreign affairs and the EU, is that they have stated that companies giving the services to these individuals are the best positioned to assess who the UBO (Ultimate Beneficial Owner) is.” The term ‘UBO’ has come to the forefront of the conversation. As Bates explains, the weight of responsibility is on the industry to ensure that they understand who they are dealing with. We concluded our conversation by discussing whether or not the last few months, despite the turmoil, may benefit the industry in the long run.

“The great analogy is that the yachting business has matured in a lot of ways, but it still has some distance to go” concludes Bates “If this was a commercial aviation company or an offshore rig, it would be a very different approach, with tighter regulations, as well as more accountability and conformity. In these industries, aspects like health, security, staff wellbeing and efficiency are taken very seriously, but in yachting, it wasn't that long ago, that crew didn't even have employment contracts. That said, more regulations do not mean that the crew still can’t have fun!

“Nobody could have predicted the last 2-3 years, with the next generation of crew coming through, they are looking at the industry and asking - what are you offering me? The spotlight has been cast on yachting. Healthy yachts and crews can equate to a healthy and more mature industry”