The keel-laying took place at the yard's Antalya facility… 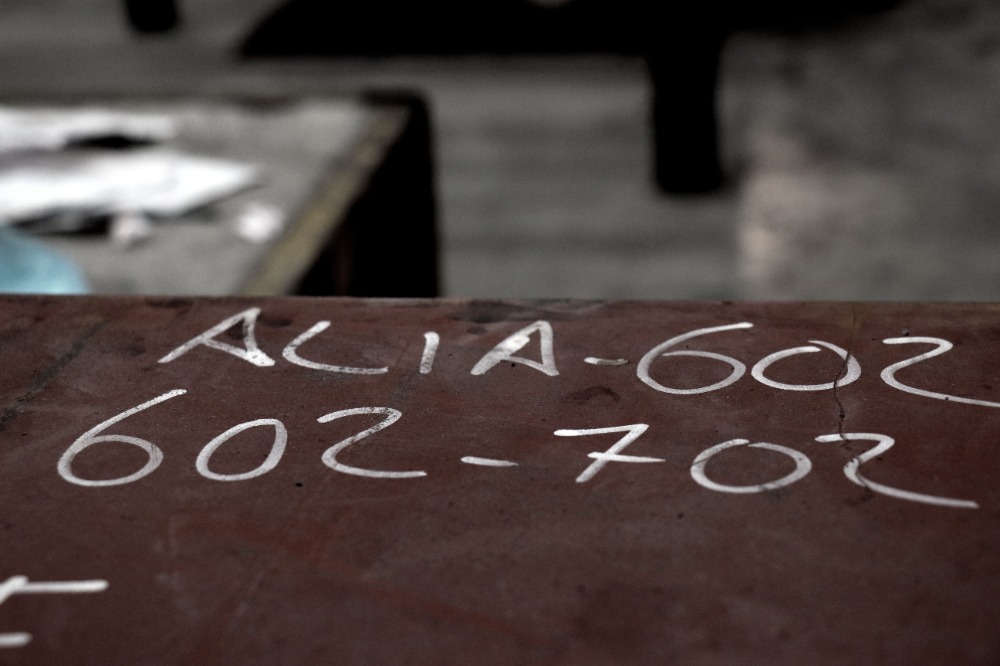 Turkish builder Alia Yachts, known for its custom projects, has announced the completion of a major step in the build of its latest 60m superyacht.

The project reunites Dutch studio Vripack and the Gulf Cooperation Council (GCC)-based SF Yachts who were responsible for Alia Yachts’ 55m superyacht Al Waab which was delivered in 2021. 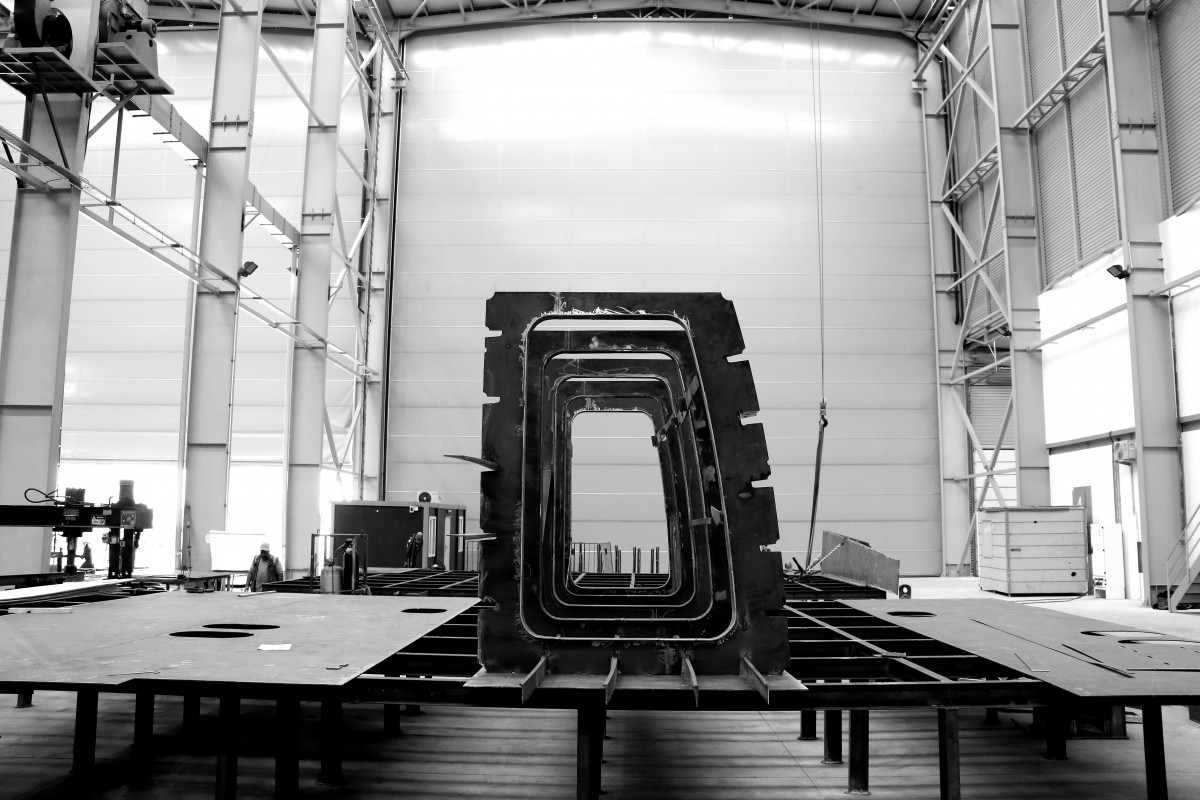 This 60m project has been commissioned for an experienced yachtsman who has owned numerous vessels of varying sizes over the past decade. This new project has been designed to enable the owner to embark on world travels with his family.

Onboard, accommodation is comprised of six guest suites: two with twins and four with double beds. The master stateroom is located on the upper deck forward, offering views from high above the water. It also features a walk-in wardrobe and dedicated owner’s lounge overlooking a private foredeck. 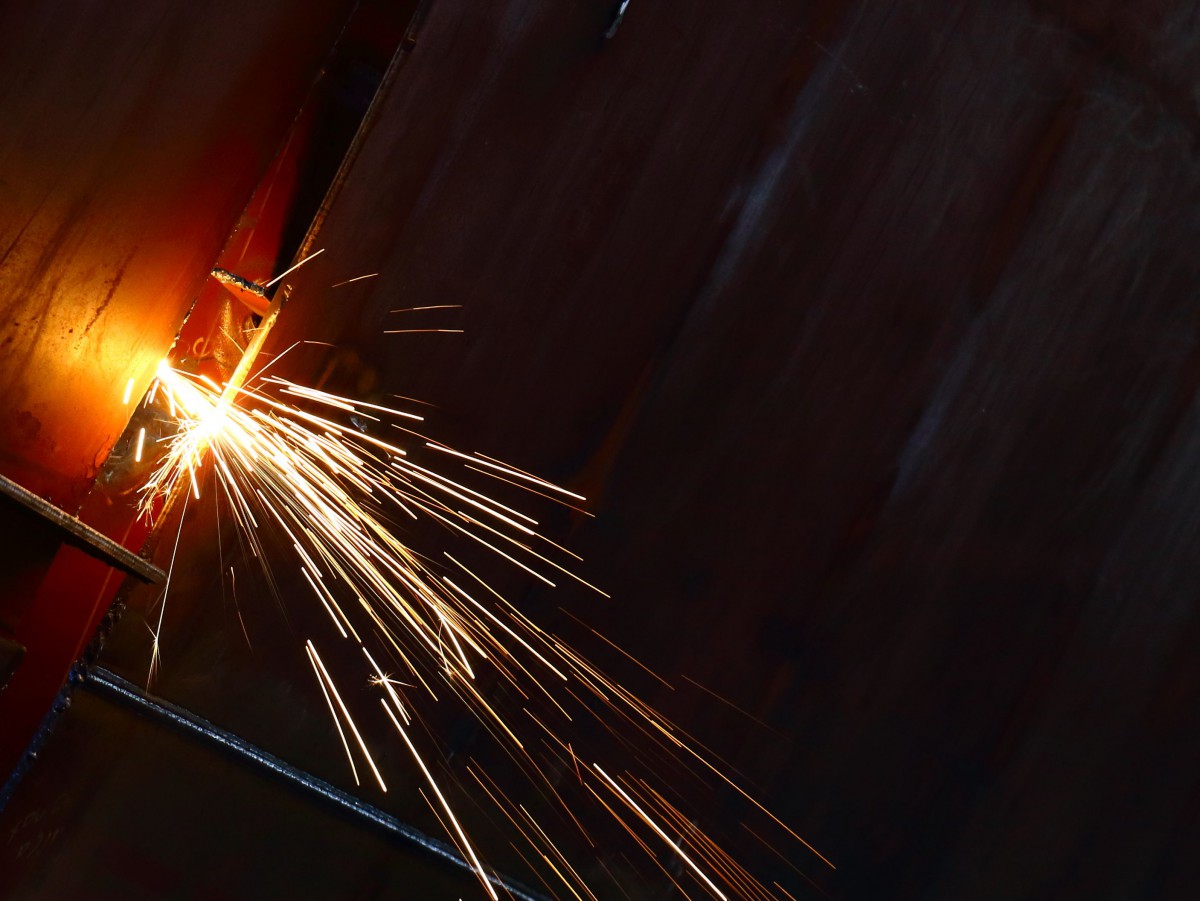 “Following the footsteps of Al Waab, we are happy to mark the ceremonial keel laying for this bigger project of over 1,000GT and huge exterior spaces. With a reputation  for bespoke, custom yachts and not being a mass builder, every custom yacht we deliver represents the unique vision of the owner and this project is another source of pride for us. The owner and his family have some incredible travel plans on the horizon and we feel honoured to be trusted to make this into a reality for him,” said Gökhan Çelik, President of Alia Yachts, in March 2022.

The project’s lower-deck beach club features a massage room, dive store, steam shower, gym and relaxation zone. In addition, the yacht includes an elevator connecting all levels from the lower to the upper deck. 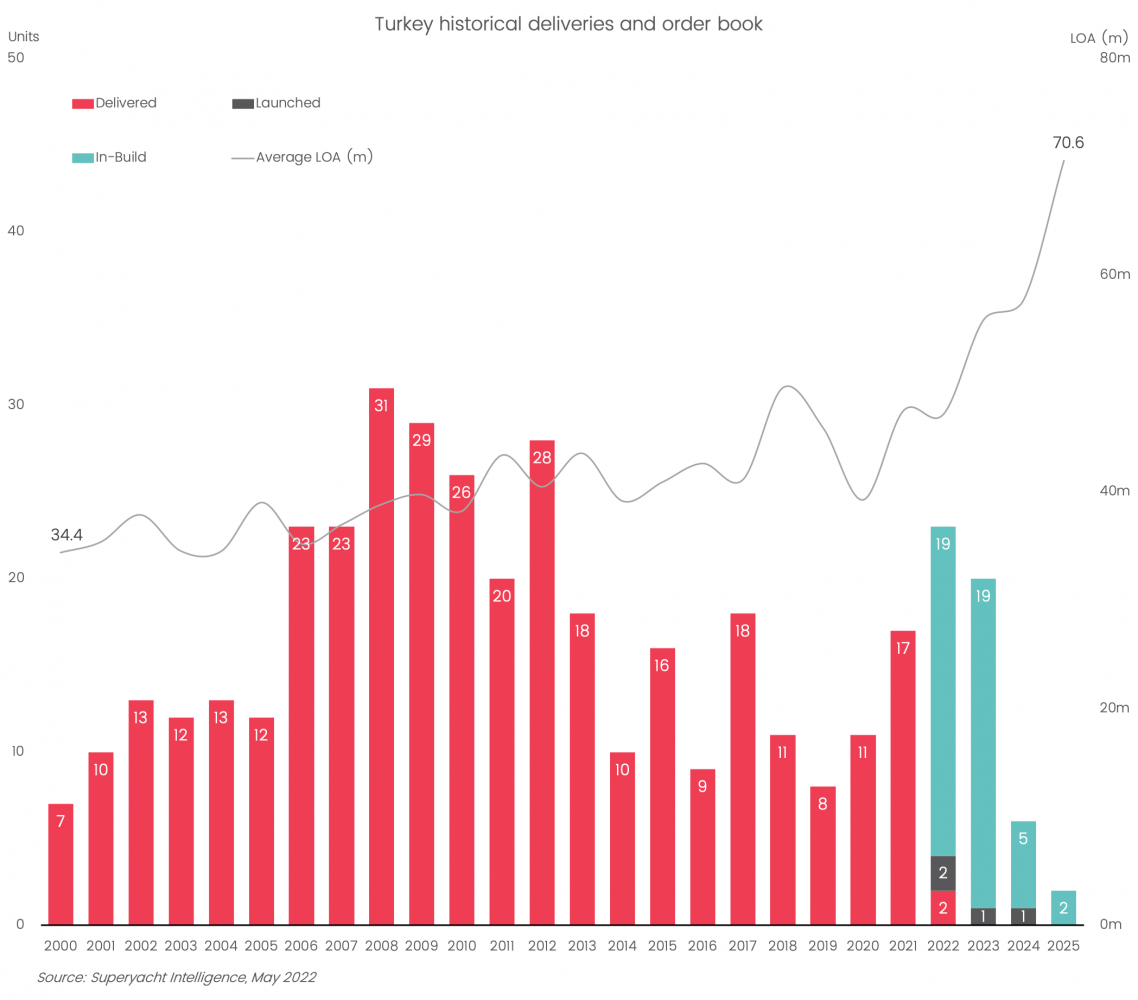 The above graph highlights Turkey’s collective delivery output between 2000 and 2025 along with their average LOA. Turkey’s output grew steadily to a peak of 31 deliveries in 2008. Following the global financial crisis, production fell across the whole industry. However, Turkey’s output fell proportionally higher than many other countries, with the decrease in average output between 2006-2009 and 2016-2019 being 57%, compared to just 35% for Italy and even an increase of 11% for the Netherlands. There is, however, some evidence of a recovery in Turkey, with 23 deliveries due in 2022, and brands such as Alia gaining traction by focusing on custom projects for clients. Average LOA is also due to increase significantly. 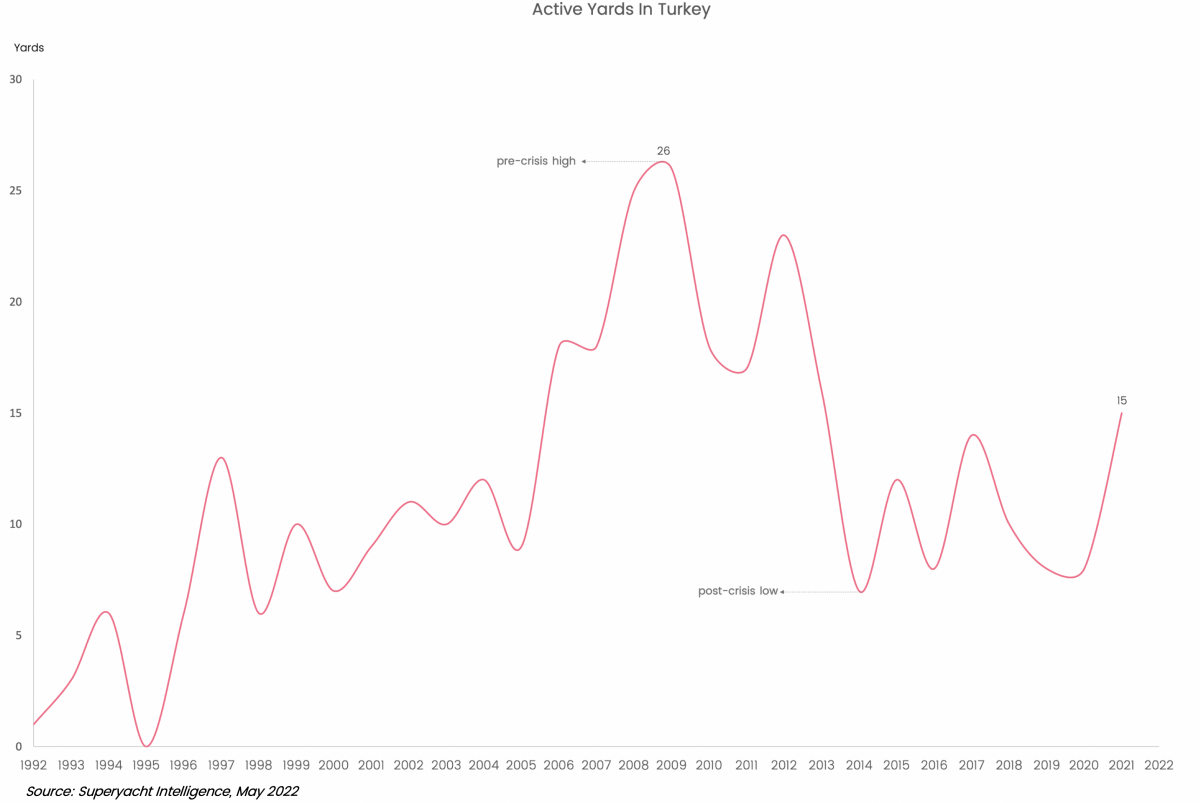 The above graph shows the total number of active yards in Turkey over the past 30 years. The number of active yards peaked in 2009 with 26 and has subsequently fallen considerably, reaching a low of seven in 2014. This led to the output per yard falling from one unit per yard in 2009 to three units for every two yards in 2014, despite an overall decrease in deliveries from Turkey. During the recent growth in numbers of deliveries, output per yard has returned back to around one unit per yard, indicating this growth is being driven by the opening of new yards more than the expansion of functioning yards. This, along with an increase in LOA indicates yards in Turkey favour a low volume of bespoke custom projects rather than higher quantities of on-spec builds. Indeed, custom projects account for the majority of the Turkish order book.

A decline in active Turkish shipyards?