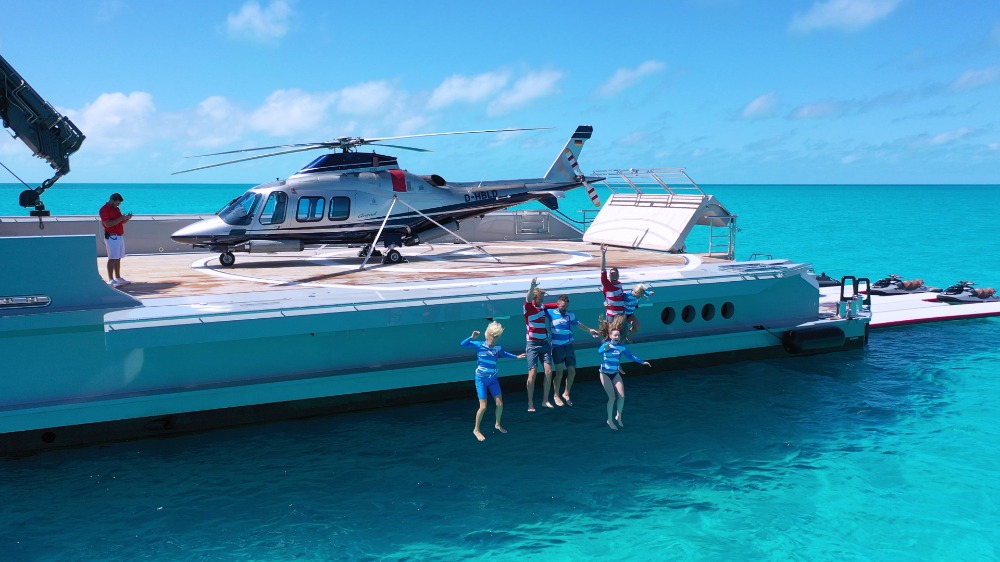 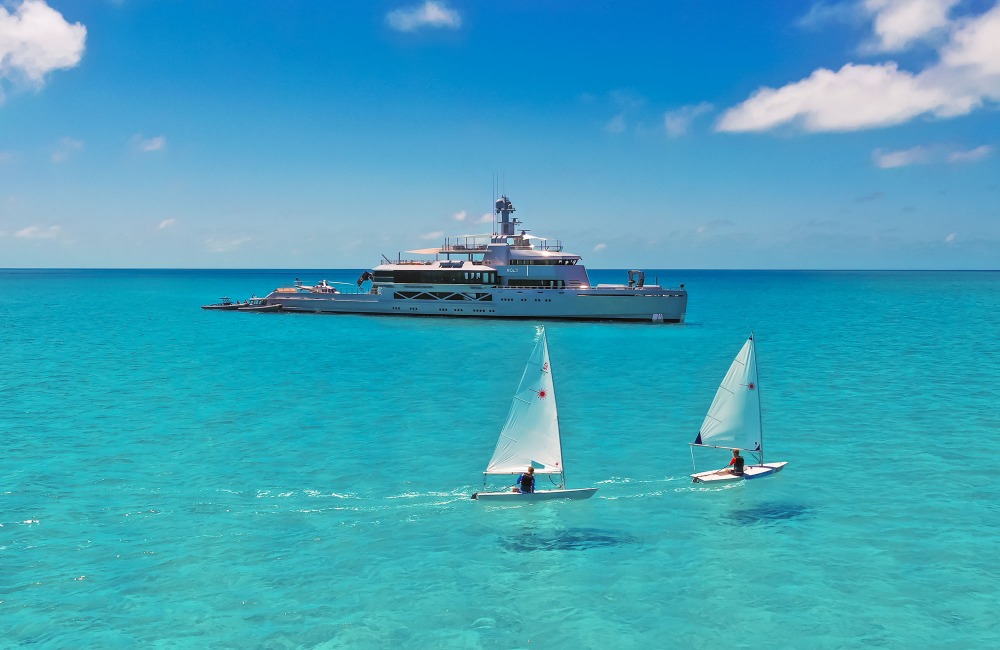 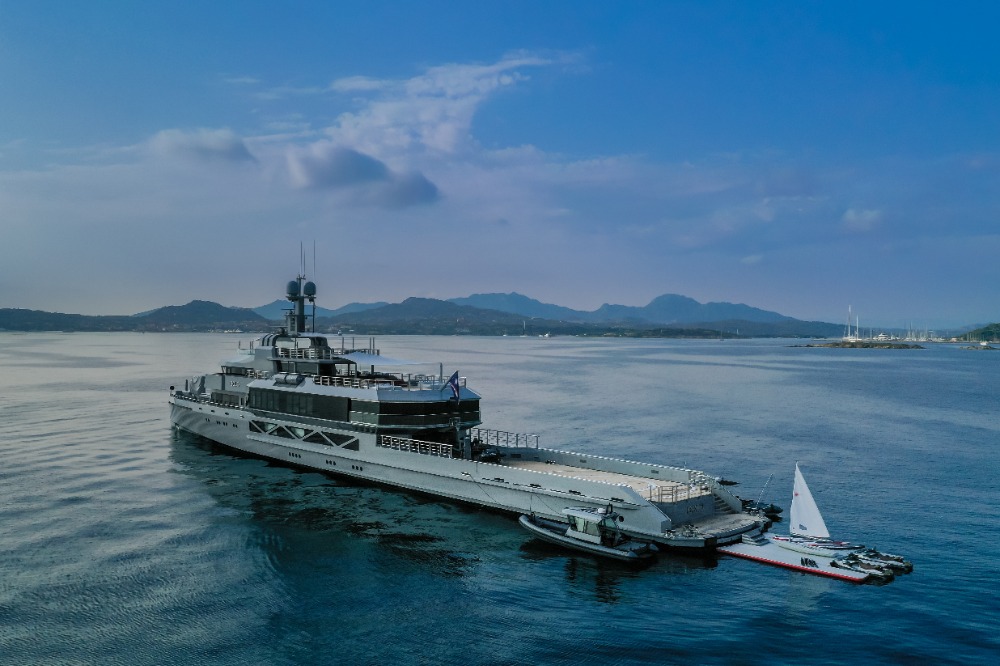 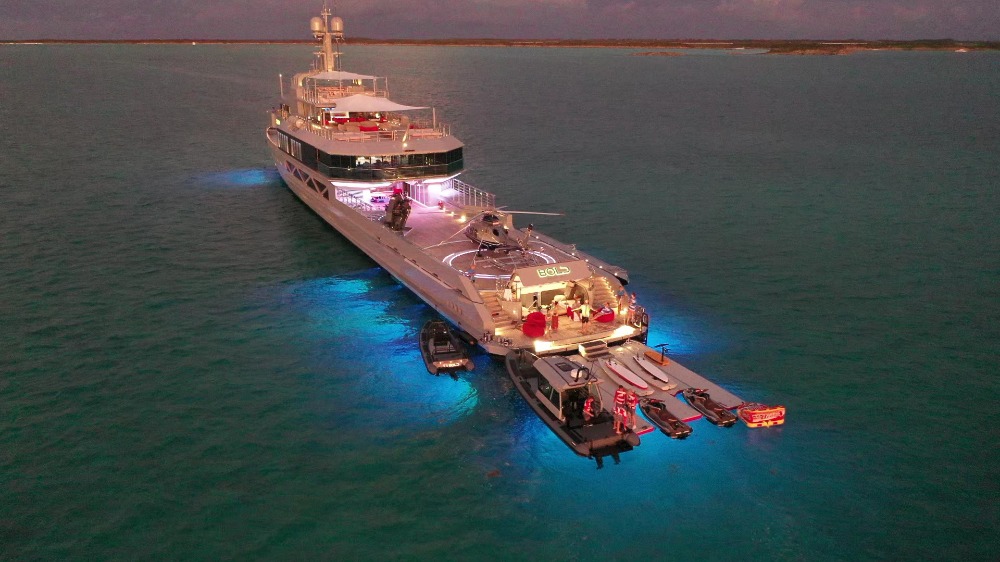 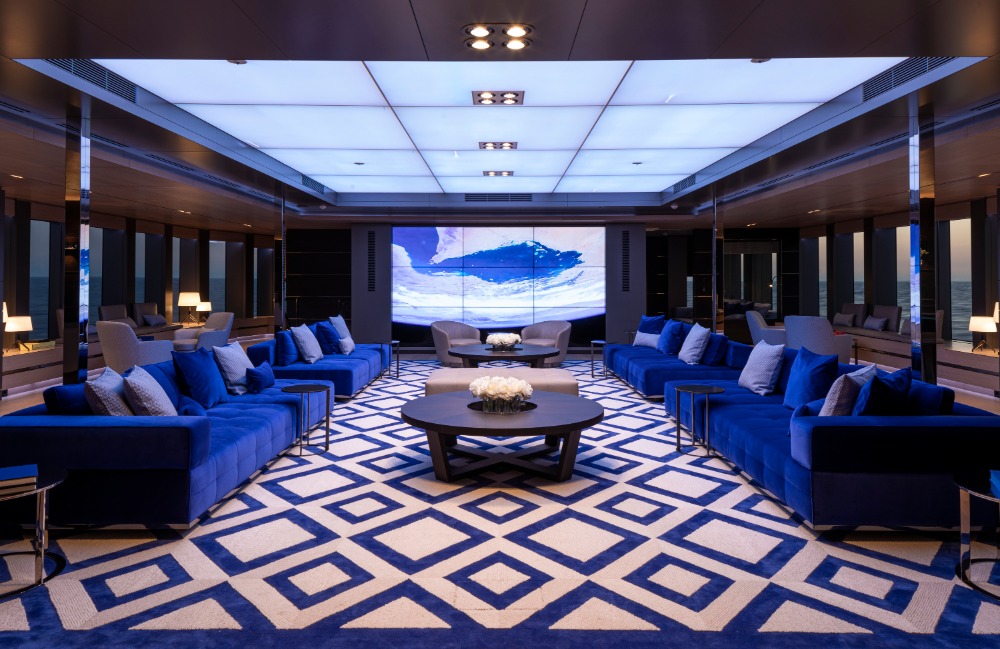 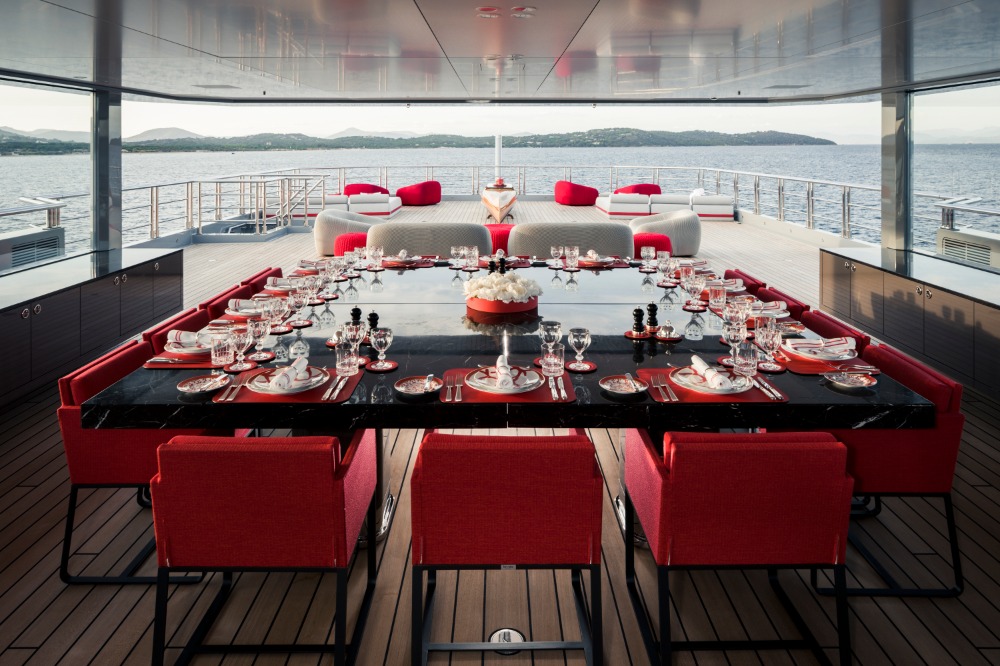 Tristan Rutherford, on behalf of Hill Robinson, explores the unique charter proposition of MY BOLD

Sailors who make a pioneering circumnavigation get to write their own histories. Charles Darwin. William Dampier. Laura Dekker. Each one described the thrill of being the sole boat for a thousand miles around, while chalking up cetaceans, eclipses and islands that their colleagues at home couldn’t even place on a map.

These sights encapsulate the rationale for a round-the-world tour. Because by necessity, a circumnavigation must call at destinations far removed from the charter trail. William Dampier, a pirate-turned-botanist, visited Papua New Guinea's Bismarck Archipelago. He found an Edenic kaleidoscope of staghorn coral, spinner dolphins and butterflyfish. Laura Dekker, the 16-year-old schoolgirl who sailed solo around the world, found her epiphany in the rainforest peaks of Tahiti, as did a young Charles Darwin.

To charter a thrilling sector of a round-the-world journey presents a rare opportunity. Let alone one aboard the most exploratory circumnavigation ever conceived. MY BOLD was custom-designed by Espen Øino to escort 16 guests on sailing’s ultimate voyage. She will use military-grade Rupert tenders, a kitesurf training school and a AW109 helicopter to investigate wildlife sanctuaries, unsurfed breaks and desert expanses across Australia, Scandinavia and Patagonia. Her global charter itinerary begins with a New Year party - it’s up to guests to choose her location.

Choice one is the Maldives. This December, BOLD will rank as the newest and most head-turning yacht in this 1,000 island archipelago. Not that it matters to the 1,000 species of fish around Addu Atoll, which can only be explored by private yacht. The 28°C (82F) waters around this southernmost Maldivian speck are shipwreck central. Follow BOLD's dive master to the scuttled 140m tanker British Loyalty, where two torpedo holes lead into the shipwreck itself. Even novice snorkelers can spot lobsters and napoleon wrasse, or watch giant mantas drift past.

Only a private vessel can pause at the surfer’s paradise of the South Atolls. Double exposures means that boarders can pair steep wave walls with regular tubing breaks. BOLD uses Sea-Doo jetskis as support vehicles, towing guests into the action while dispensing bottled Evian and Shiseido sunblock. Firewire surfboards are as rare as cellphone signals in these lonely seas. Although BOLD’s telecommunications equipment allows social media posts to be shared in seconds, or visualised on her 6m x 3m media screen.

Wherever guests choose to pause for New Year, they can bank on the culinary skills of head chef Matia. The Italian spent three years cooking for a Vice Presidential family. Seas rich in tuna, amberjack, sea bass and snapper will inspire sushi, sashimi, tataki and tartare. While 400m2 of open decks mean that BOLD can host the ultimate alfresco party. But take note: the Maldives are seldom visited by yachts unless on a circumnavigation. Like much else in the archipelago, this experience is once-in-a-lifetime. 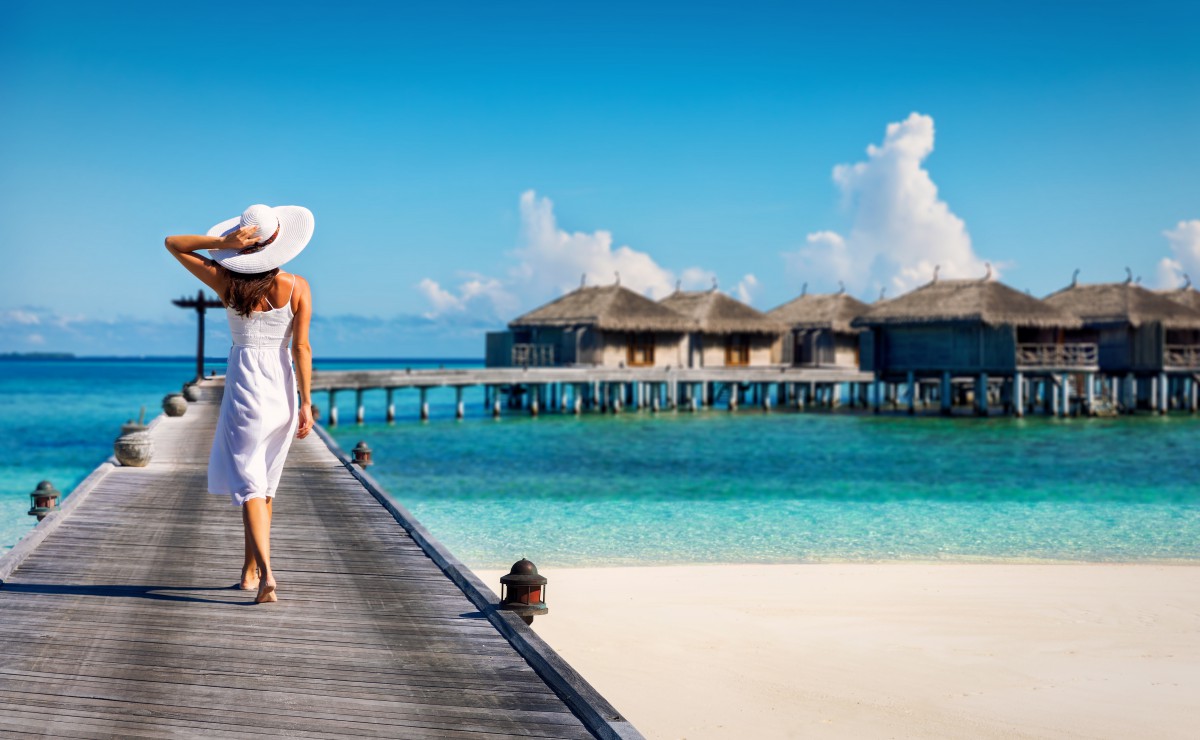 Only superyachts on a round-the-world tour venture east towards the Andaman Islands. The Indian flag will be hauled as BOLD’s fuel-efficient 4,000hp twin engines drive through an aquamarine ocean. Heady depths that descend two miles are the domain of humpbacks and blue whales. Picture windows in all seven luxurious cabins allow for ocean gazing, as drones track cetaceans from above. It’s an incredible place to ring in the new year.

Marco Polo described the Andaman Islands as ‘the cannibal islands’. Around New Year, BOLD will scan scenes that are resolutely feral - and impossible to reach to all but the most agile yachts. Some of the 600 Andaman Islands remain off-limits as indigenous reserves, where Stone Age societies spear fish and spotted deer. Even the Asian elephants imported to haul timber last century have gone wild. Watch them play on the sandy beaches of Interview Island while nibbling Burmese padauk trees. The best seat in the Andaman Sea? The pilot bench behind BOLD’s futuristic captain’s chair. A charter party will witness a voyage of exploration - first hand. 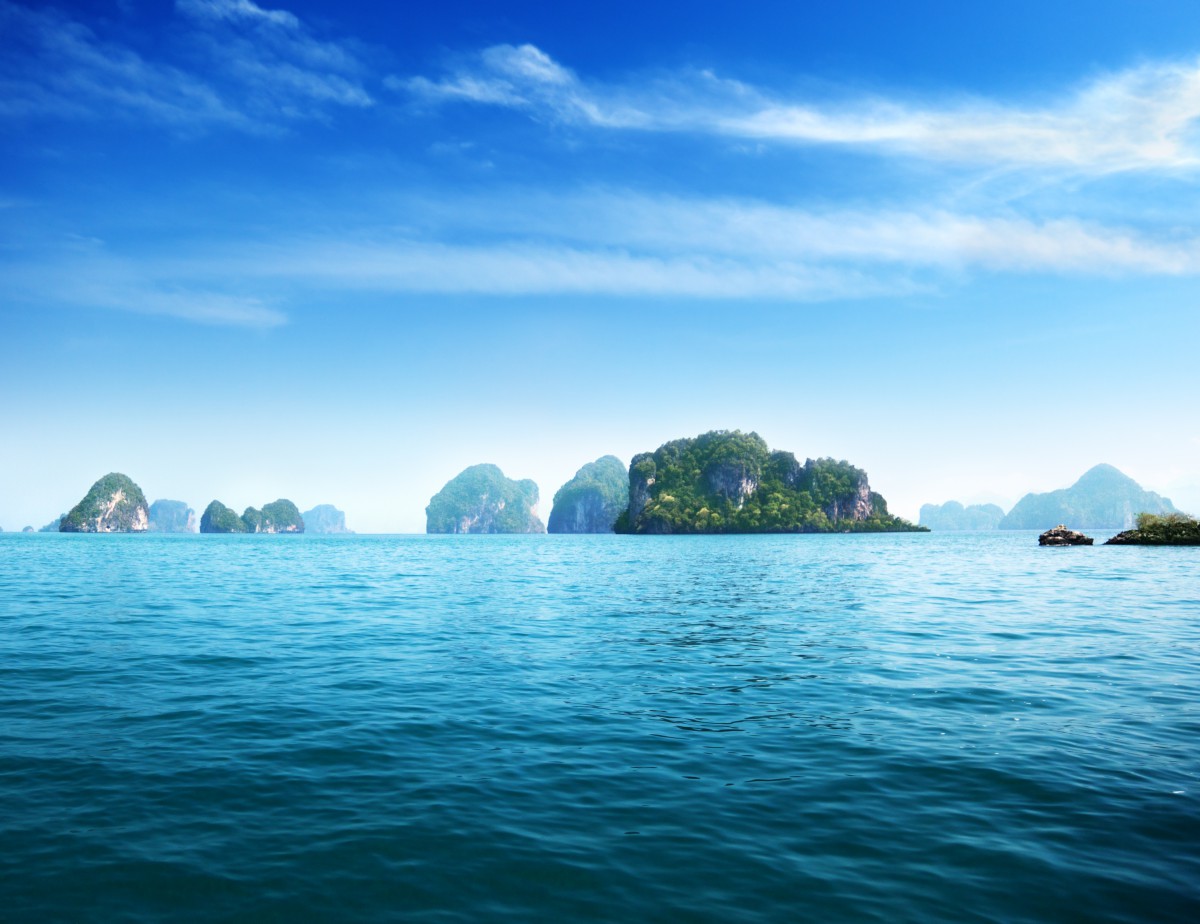 Some guests might prefer to press on for their New Year party. Fortunately, BOLD can sprint to Phuket’s icing sugar sands at 23 knots. Thailand’s largest island is a tropical Ibiza. It has its own Café del Mar, barefoot bars and a scintillatingly hot range of street food. Staff will escort guests inland to discover rainforest peaks for hang gliding and mountain biking. The Phuket spirit can be rekindled back on BOLD with a Thai yoga class. Or get the party started with her soundsystem and 70,000 watt disco lights.

From January 2021, BOLD will sail to further only-by-circumnavigation destinations. Each stop has been hand-picked to promise once-in-a-lifetime memories at the perfect time of year.

Spend the austral summer in The Kimberley. This red desert country - which spreads the population of Monaco across an area three times larger than England - hosts magenta sunsets, cliff dives and Indigenous Australian art. In December 2021 BOLD’s semi-displacement hull will plough through the Southern Ocean. During an exceptional solar eclipse the sea will turn black, highlighting BOLD as the most luxurious vessel for a thousand nautical miles. Or try Iceland in the midnight sun of summer 2022. At Sifra, snorkelers can gaze into a heavenly blue abyss where the North American and Eurasian tectonic plates fissure. Visibility is usually 100m: up to three times that of The Bahamas. Chilly? Fear not, as BOLD will have an eight-person Jacuzzi and a bottle of 16-year-old Lagavulin standing by.

In short, guests who charter BOLD for a week, a month, a year or more will undertake sailing’s ultimate voyage on the ultimate yacht. Like Darwin, Dampier and Dekker before them, they will write a history of their own. 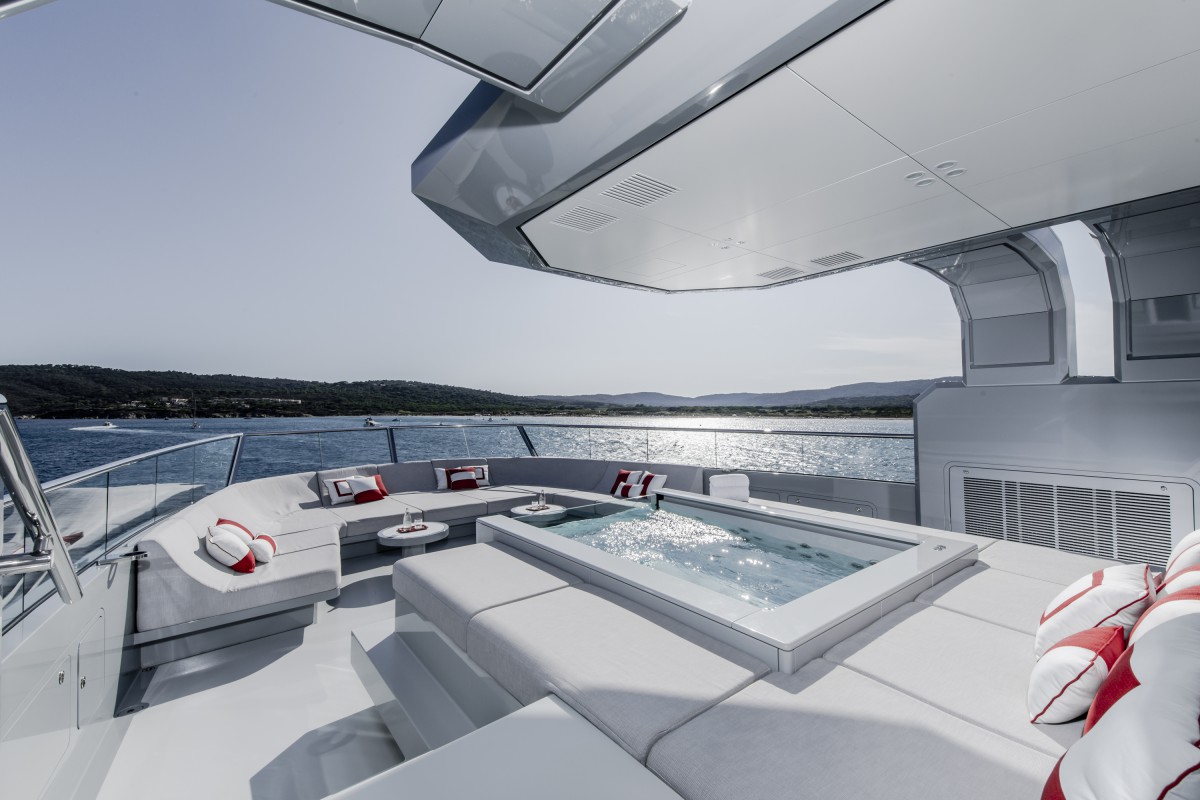 Be unconventional; be ‘Bold’

How much help is too much help on a superyacht CV?

Leaving on a jet plane