The Espen Oeino designed superyacht is due for delivery in 2021… 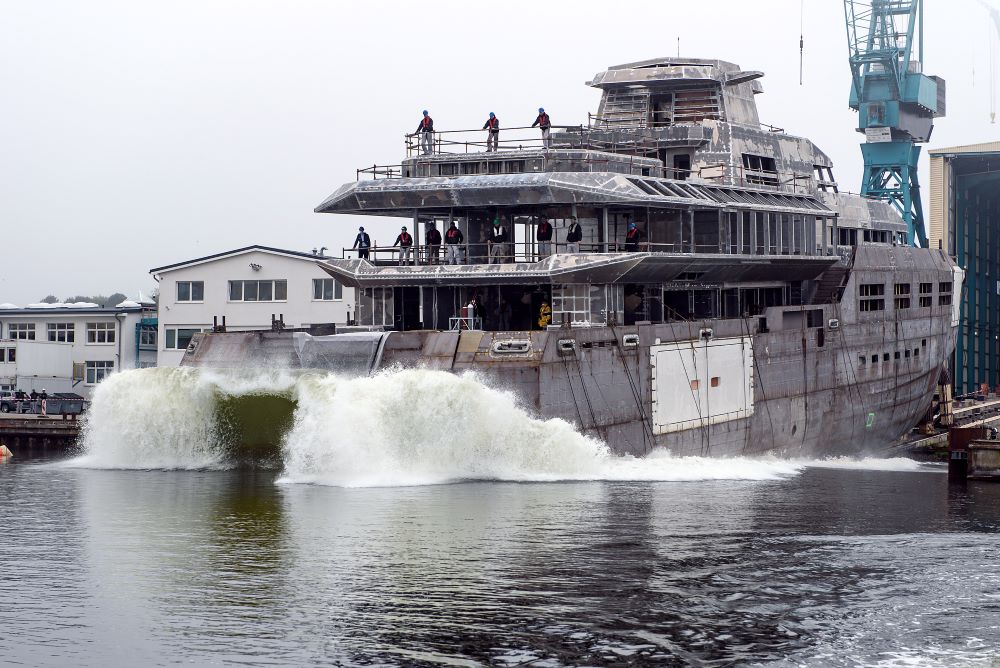 On 26 May 2020 Lürssen launched project 1601 in the traditional fashion: down the slipway!

Espen Oeino, who penned the exterior design of project 1601, has given her a striking design which is dominated by planar surfaces, straight lines and angular corners. The crispness of the exterior styling eludes to a geometrical precision that, according to the yard, permeates every facet of the yacht. Her interior is designed by Dölker + Voges and echoes the same design themes as her exterior. Cornelsen & Partner is acting as Project Manager in the Owner’s team throughout the construction process.

After the launching project 1601 went into Lürssen’s floating dock, she is not due to be delivered until 2021. 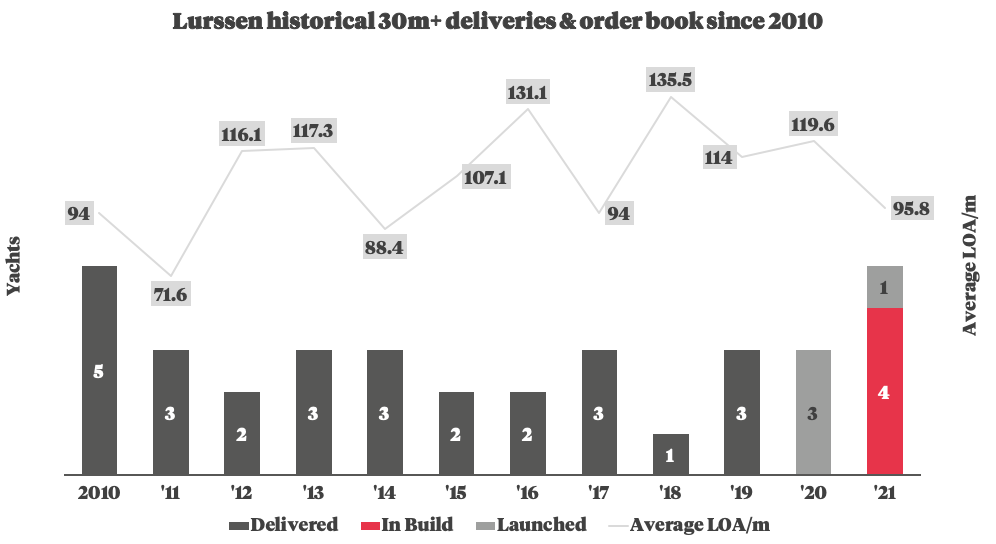 According to The Superyacht Agency, Lurssen has delivered an average of  2.4 superyacht projects per year since 2010, with its most prolific year coming in 2010, when in delivered five projects. With the three projects due for delivery in 2020 having been launched already, it looks likely that the German superyacht building behemoth is well on track to meet its delivery responsibilities and with a further five projects due for delivery in 2021, the future looks strong for the German outfit.

Ferretti Group announces $15 million investment plan for the US

The 90m-plus brokerage market: a niche within a niche