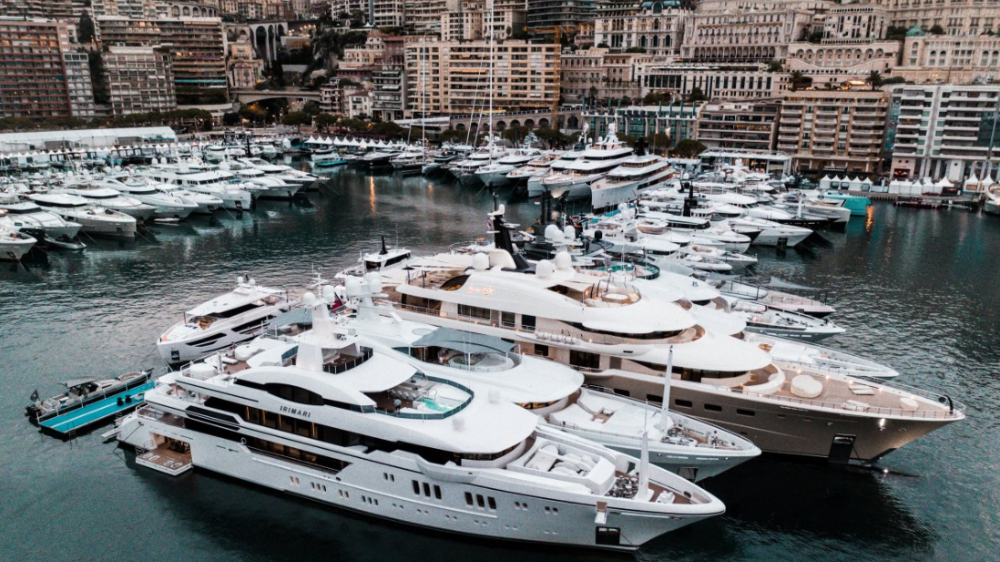 Following the news that the superyacht industry’s leading new build and brokerage bodies have withdrawn from Monaco Yacht Show 2020 (MYS), The Superyacht Agency has analysed historical editions of the event in order to determine how detrimental the impact of this loss will be on the show.

Where superyacht transactions are concerned, MYS can broadly be split into four categories: new build, refit, brokerage and charter. Beyond these four foundational categories, MYS is dominated by business to business sales, services and various ancillary luxury services. 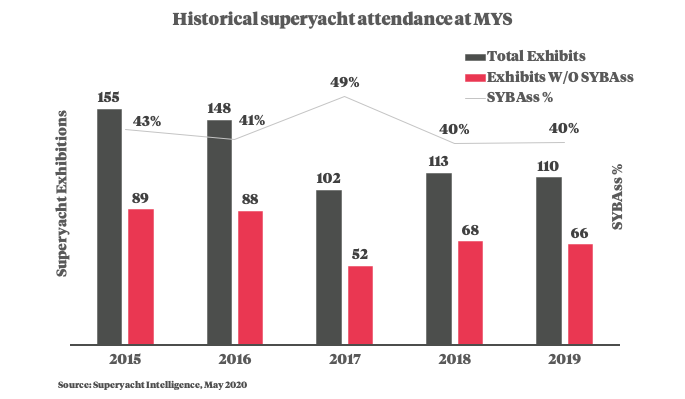 Many of these SYBAss vessels will have been exhibited by brokerage houses on behalf of superyacht owners wishing to sell, with MYS widely being considered the world’s leading superyacht mass marketplace, with a smaller number of them exhibited by the shipyards themselves as a means of highlighting their new build offering. 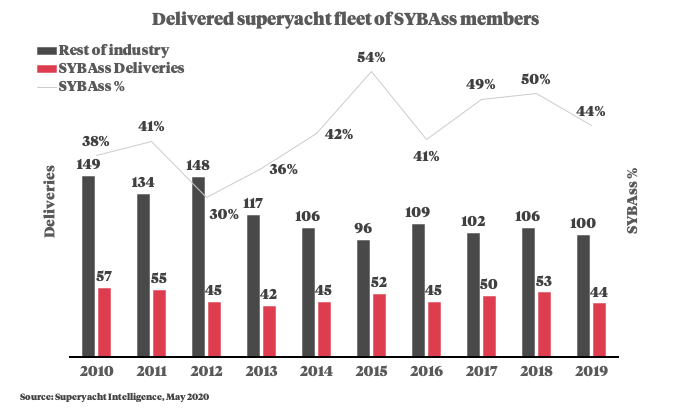 It has been proven time and time again that since the global financial crisis in 2008, the new build market went through a period of contraction and consolidation. This contraction was characterised by a greater percentage of superyacht owners choosing to build at established shipyards with proven and stable delivery histories and order books. As a result, the influence of SYBAss’ members grew exponentially. Indeed, since 2010, SYBAss member deliveries have accounted for between 30-54 per cent of all superyacht deliveries year on year. With this statistic, in line with SYBAss’ influence at MYS, the show’s new build proposition, and indeed its ability to attract clients this year, has been profoundly diminished. 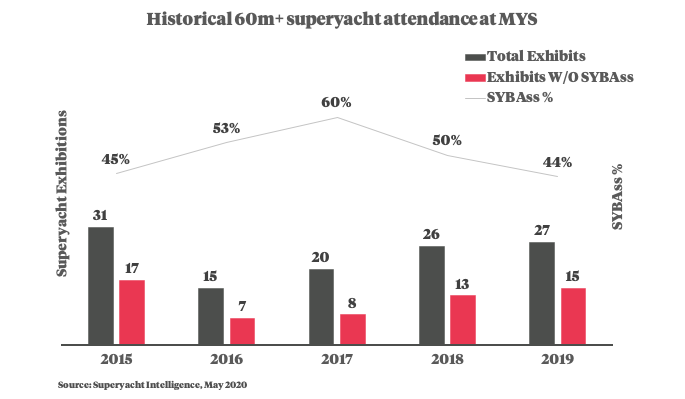 More than being considered the world’s premier shop window for the superyacht industry, MYS prides itself on being a show that specialises in large superyachts. For those looking to buy yachts in the sub-40m sector, one could argue that Cannes is a more appropriate show for any prospective clients. However, the larger the size segment, the more dominant the SYBAss members are at MYS. In 2019, for example, SYBAss members accounted for only 16 per cent of the 30-40m superyachts at the show, whereas these same shipyards represented 41 per cent of vessels between 40-60m and 44 per cent of all vessels over 60m. 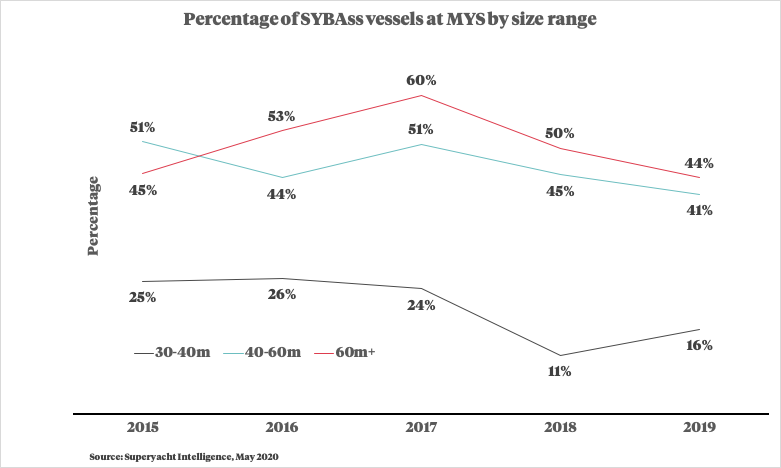 If SYBAss had withdrawn from MYS unilaterally, one could easily argue that the sales element of the show could easily be salvaged and supported by the brokerage community, given that most vessels are exhibited at the show under their umbrella. However, that SYBAss and LYBrA withdrew from the show in conjunction is rather more profound for the profile this year’s event may take on. 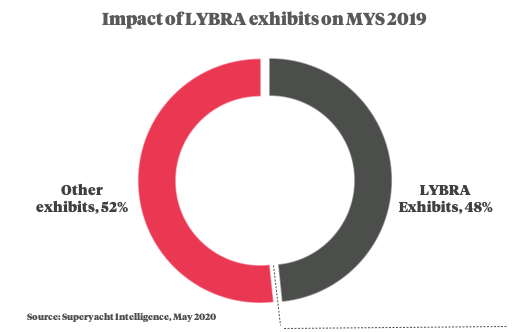 In 2019, 48 per cent of all superyachts available for sale and charter at MYS were accounted for by the LYBrA members in attendance. While there are various superyacht brokerage associations globally, and a number of strong brokerage houses who are not members of LYBrA, the Large Yacht Brokers Association nevertheless accounts for a significant portion of the superyacht industry’s premium listings, especially where the largest projects are concerned. While it is relatively obvious, it should be noted that a number of the superyachts traditionally exhibited by LYBrA are not SYBAss vessels. As a result, LYBrA not taking part in the event will greatly diminish the attendance of all brands of superyacht for sale and charter.