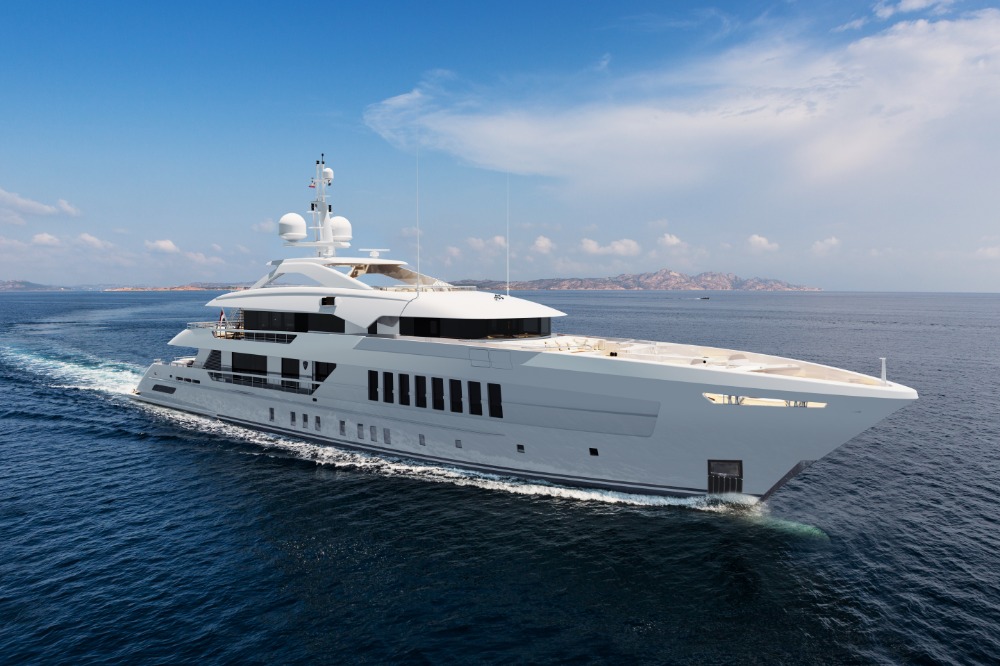 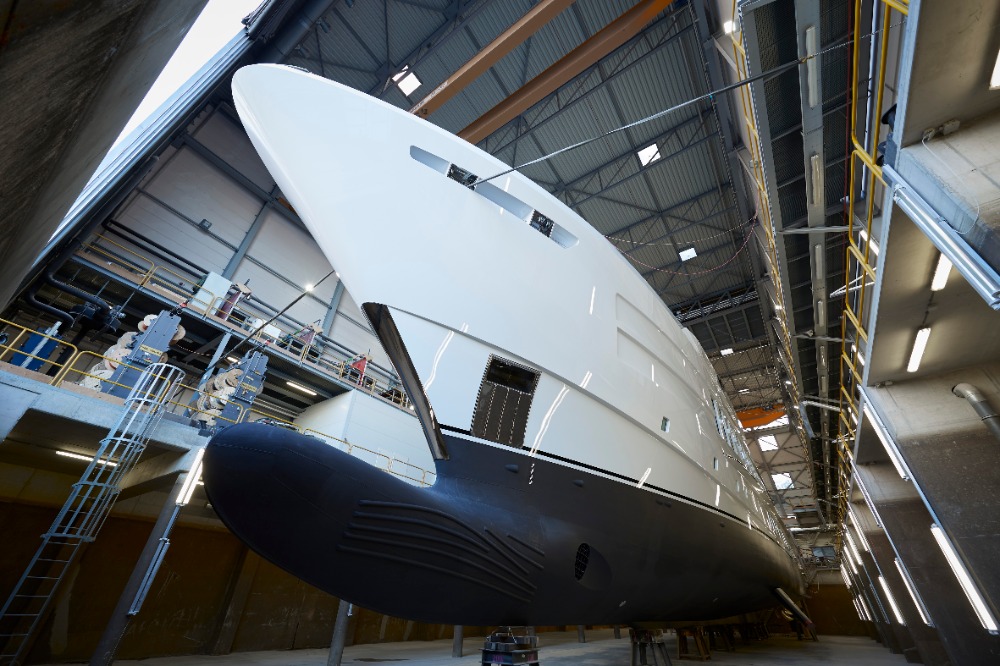 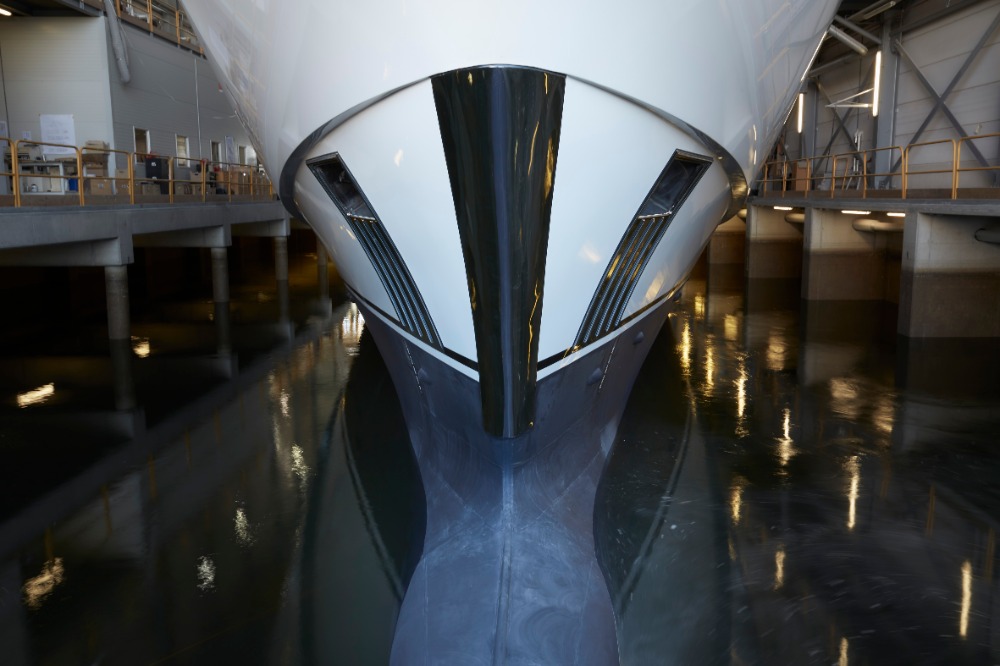 Heesen has announced that YN 19255 Project Pollux has been launched at the Dutch shipyard's facility in Oss. This is the second in the newly restyled 55m Steel class which features a new layout to emphasize a vast interior volume of approximately 760GT.

The interior design is by London based Bannenberg & Rowell, a studio that has penned several interior designs for Heesen, including those of the multi-award-winning Galactica Star (now Illusion) and the 47m Lady Petra (now Odyssea), built for the founder of the shipyard. The British studio worked to the shipyard’s brief, which called for 'a style that combines bold solutions with a casual appeal', according to the yard. Dark eucalyptus and pale sycamore joinery, with chevron parquet flooring in the main saloon, provide a background to the bar installation, incorporated into the joinery on the starboard side, as well as the radiused panelling.

“It’s always an exciting milestone in the build process when launch marks the final few months of work," commented Dickie Bannenberg, Company Leader - Bannenberg & Rowell. “We’ve tested the Heesen joinery team with plenty of curves and details, and they have done a beautiful job. We are greatly looking forward to seeing her finished,” he concluded.

Twelve guests can be accommodated in six staterooms, and the owner can enjoy an 82 sqm owner’s apartment on the main deck forward and the VIP on the bridge deck. The four guest suites are located on the lower deck.

The layout of Project Pollux has been carefully considered. Therefore, thanks to the tenders and toys being conveniently stored on the foredeck for easy operation and access, the space in the transom has been dedicated to the beach club. The vast sundeck, of no less than 100 sqm, is equipped with full dining facilities, a bar, and a supersize hot tub.

Further to a combination of two MTU Tier III compliant diesel engines and her Fast Displacement hull, she will have a top speed of 15.5 knots and a range of 4,500 nautical miles at the cruising speed of 13 knots. This performance reportedly makes Project Pollux one of the most efficient yachts in her class.

Heesen recently announced the delivery of YN 19055 Project Castor, now named Solemates, which also features the new layout to accentuate the impressive interior volume of approximately 760gt. According to data provided by The Superyacht Agency, Heesen is performing on par with its previous years, in spite of any delays which may have occurred due to the global pandemic. 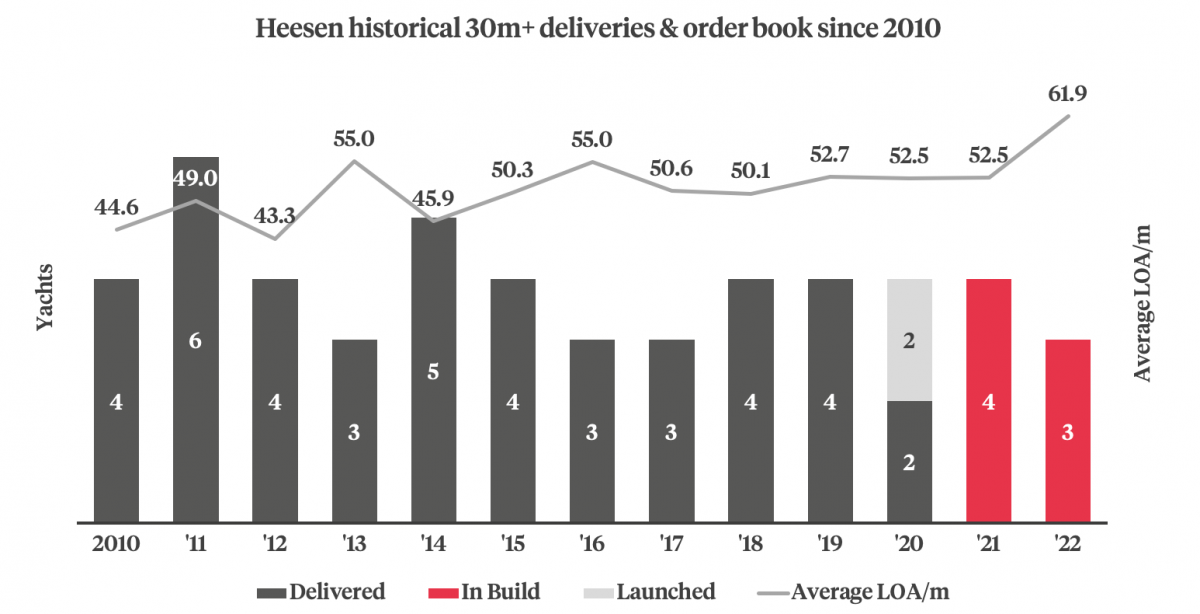 Project Pollux will leave the shipyard to undergo intensive sea trials in the North Sea during the first few weeks of October.

“A return of interest in new construction”

Casual luxury is the new luxury