Great Britain continues to have influence that belies its size on the global stage. Not only is its cultural impact a unique marketing tool, it also offers the country the opportunity to affect opinion and habits across the world.

For a small nation, Britain punches way above its weight in terms of cultural impact – whether it be music, sport, film or luxury goods. So just what makes its products and services so appealing, what can the superyacht industry learn from the wider business of luxury and how are consumption habits changing?

“When the crash happened in 2008, everyone was obsessed with running after the next large pot of money rather than focusing on what, in essence, draws people to luxury,” begins John Leonida, a former partner at Clyde & Co. “Be it yachts, fabulous handbags or fine suits, the cultural aspect of a purchase is more important than the purchase itself. People often fall into the habit of believing [incorrectly] that just because person X is incredibly wealthy, that they should automatically wish to spend their money on ludicrously expensive goods. The two, however, are not necessarily linked.”

Helen Brocklebank, CEO of Walpole, the official sector body for luxury in the UK, says, “It is such a syllogistic, but common, approach to luxury.” Walpole has more than 250 British brands in its membership and is recognised in both Westminster and Brussels as the voice of British luxury. “Luxury consumption is about cultural narrative, and something that I find endlessly appealing is the allure of Britishness.”

It can be difficult at times, particularly when one is immersed in British culture, to fully appreciate the richness of the country’s heritage, personality and quality. It’s very easy to take for granted everything that British luxury stands for when the characteristics and idiosyncrasies that distinguish it are normalized in our day-to-day lives.

“We are very lucky in this country in that we benefit from a near-constant stream of commercials for Britishness beyond the bounds of our own island,” adds Brocklebank. “British film, television, literature and art are renowned the world over and amplify the appeal of British luxury and its cultural impact. British luxury is all about creativity, inventiveness, craftsmanship and quality. However, these characteristics are inextricably linked to Britain’s locations, eccentricity and humour. All these qualities are embodied in an amazing single-malt scotch or a Johnstons of Elgin coat, and I believe that British-made superyachts fall within that. There is a kind of brand aura that Britishness has and it gives an extra flavour to our luxury goods.” 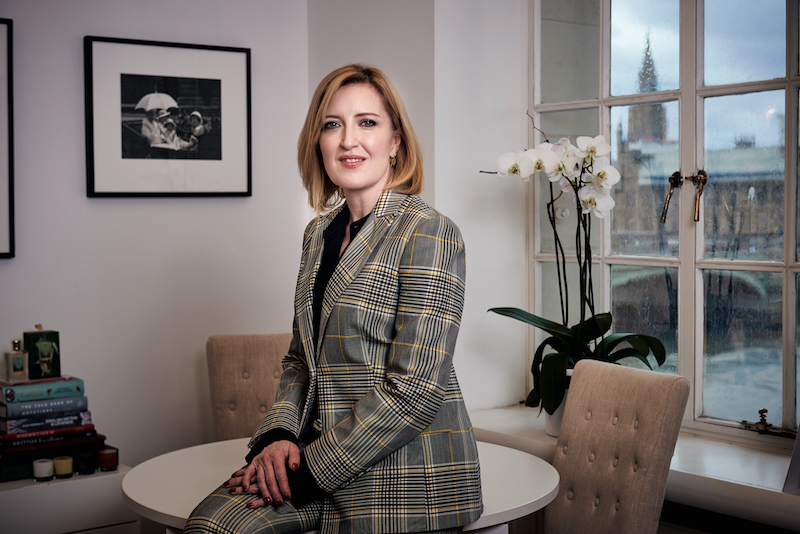 In one sense, British luxury brands benefit from traditional British stereotypes. When one considers German brands, for example, typical stereotypes include punctuality, order and mechanical precision. When one considers Italy, these include passion and design flair. Britain, in stark contrast, represents a real diversity of stereotypes, including politeness, pride, humour and a penchant for discussing the weather – all of which add to its slightly eccentric, but also alluring, cultural melange.

“As well as our nation’s characteristics, there has always been a focus on extraordinary design,” says Brocklebank. “If you think about motorcars, the Germans are amazing at making cars, but many of the sexiest designs and desirable brands like Aston Martin, Bentley and Rolls-Royce are from Britain. Even the [Land Rover] Defender has reached iconic status.

“Importantly, these brands are luxurious and practical – another British trait – but they aren’t ostentatious. Luxury can sometimes be considered quite frivolous, but British luxury is not showy. There is usually a utility to it that is sometimes lost in the world of haute couture. The Burberry trench coat is a fabulous example of this, having been designed by Thomas Burberry because his current trench coat was leaking.”

While the idea of form versus function is a quandary that has existed ever since the evolution of design, it’s one that is almost impossible to ignore in superyacht design. On the one hand, the vessels must be aesthetically pleasing or owners won’t buy them; on the other, they must be designed to withstand the forces of nature. While safety must be a major concern for any mode of transport, it’s of particular importance to the superyacht industry given autonomy of the vessels, the number of passengers on board and the risk of sinking. As such, British requirements for utility translate seamlessly into superyacht manufacturing practices.

“Since the June 2016 referendum, which saw the United Kingdom vote to leave the European Union, there has been constant chatter about whether or not Brexit, and the subsequent economic uncertainty, will have a profound effect on how people engage with luxury,” says Leonida. “Have, for instance, people become more fastidious in their spending?” 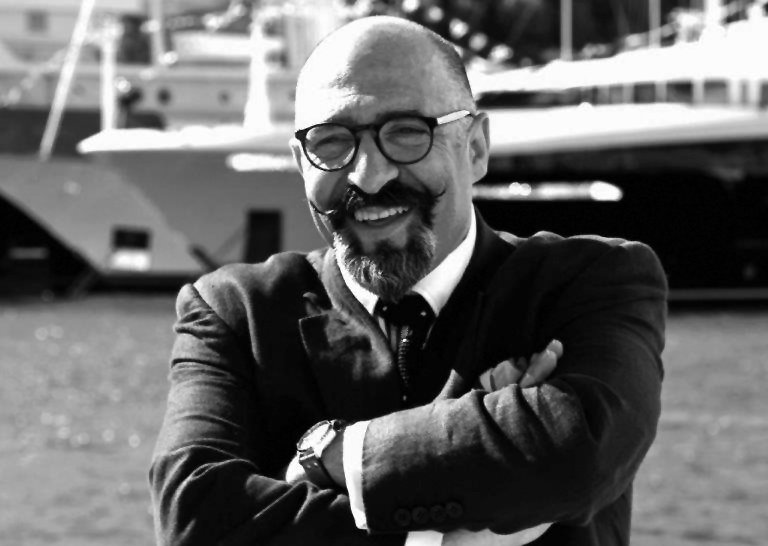 “The simple answer is no,” responds Brocklebank. “In fact, the sales of luxury goods have never been higher. Earlier in 2019, Walpole published research that highlighted that the value of the British luxury sector had actually increased by 49 per cent over the last four years, which is quite staggering. In fact, luxury has grown three times as fast as fashion and twice as quickly as beauty. It is a sector that is really in its pomp. The value of the market has never been greater.”

Indeed, Brocklebank explains that in the years following the global financial crisis, the number of wealthy individuals worldwide has soared and, according to Knight Frank’s The Wealth Report, the number of UHNWIs is forecasted to grow by a further 22 per cent over the next five years, taking the total to 243,000. The report further describes London as the “most important city to the wealthy, despite Brexit”.

“The international customer is still very much engaged with British products and, in fact, 80 per cent of British luxury exports are destined for overseas markets,” says Brocklebank. “Spookily, appetite for British film, as alluded to briefly before, is astounding. Downton Abbey [the TV series] is a classic example – it has been a massive success in China. The extraordinary popularity of British culture yields untold benefits for the business of luxury. Rolls-Royce, for example, has had its most successful year for 115 years. Brexit, as it stands, has not dampened the desirability of British products.”

Leonida adds, “From my perspective, Brexit and issues like the Panama Papers have not so much had an impact on what we do or what we purchase, but how we consume. They are just two examples that have contributed towards a more ‘woke’ form of capitalism. The Panama Papers challenged UHNWIs to consider the ethics of going offshore and Brexit has made many in the UK question social norms.”

Woke capitalism refers to the changing attitudes of both businesses and consumers when it comes to alertness for social, racial and environmental injustice. “I think that in years to come, the greatest luxury will be a clean conscience,” says Brocklebank.

Leonida agrees. “The future of luxury is capitalism with a social conscience. Perhaps engaging with products and services that may cost you more money but are the right options,” he says.

It’s going to become increasingly fundamental that businesses have sustainability – be it environmental or otherwise – at the heart of their practices if they are to be successful. Just like the superyacht market, many luxury brands are now looking much more seriously at the concepts of resale and reuse. The stigma that was once attached to buying pre-owned (or preloved) goods seems to be wearing off, especially among the wealthy of the world’s most developed nations.

“If you want to continue in luxury, you don’t just need a three-year plan, you need a 300-year plan,” says Brocklebank. “Your attitude towards business must be one of custodianship, not quick profit. Therefore, if you wish to remain relevant for the foreseeable future, you really must do your part for the planet. The important thing is that today you have customers who are highly engaged with issues. Furthermore, the extent to which businesses engage with these issues will [influence] their ability to hire the most talented young people.”

For the most part, discussions around sustainability in enterprise focus on a business’s ability to attract clients or the environmental impact of a particular product or service. However, what fewer people consider is the impact that unsustainable business decisions may have on securing the services of the young and talented. The move towards sustainability is not just a phenomenon that affects how people consume certain goods; it’s an all-encompassing and increasingly global movement that pervades every element of human life – from recycling in the home to buying superyachts and everything in between.

“It is no longer about greenwashing or whitewashing; it is about recognizing that the millennials and Generation Z have this sustainable world view as part of their make-up and that in the future, if you want to make money, you’d best make it sustainably,” concludes Leonida. “For the superyacht market to remain relevant, it has to engage with these issues in the same way that other luxury enterprises are. Thankfully, this is starting to happen.”

Therefore, the likelihood that Britain will continue to punch above its weight on the international stage is unlikely to change as a result of Brexit. What is perhaps more pressing for Britain’s superyacht businesses is that they engage fully with the zeitgeist and create business plans that are designed to last 300 years. Sustainability and woke capitalism are not fads; the superyacht market must tap into the present and the future in order to remain relevant.

With the emergence of various foundations and initiatives that place sustainability at the heart of their agendas, the superyacht industry is moving in the right direction – but this is only the start. Given the benefit of Britain’s cultural impact, the nation is very well placed to influence people’s habits far beyond its borders.

“A return of interest in new construction”

One to One: Vripack

What are the impacting factors on second-hand sales?