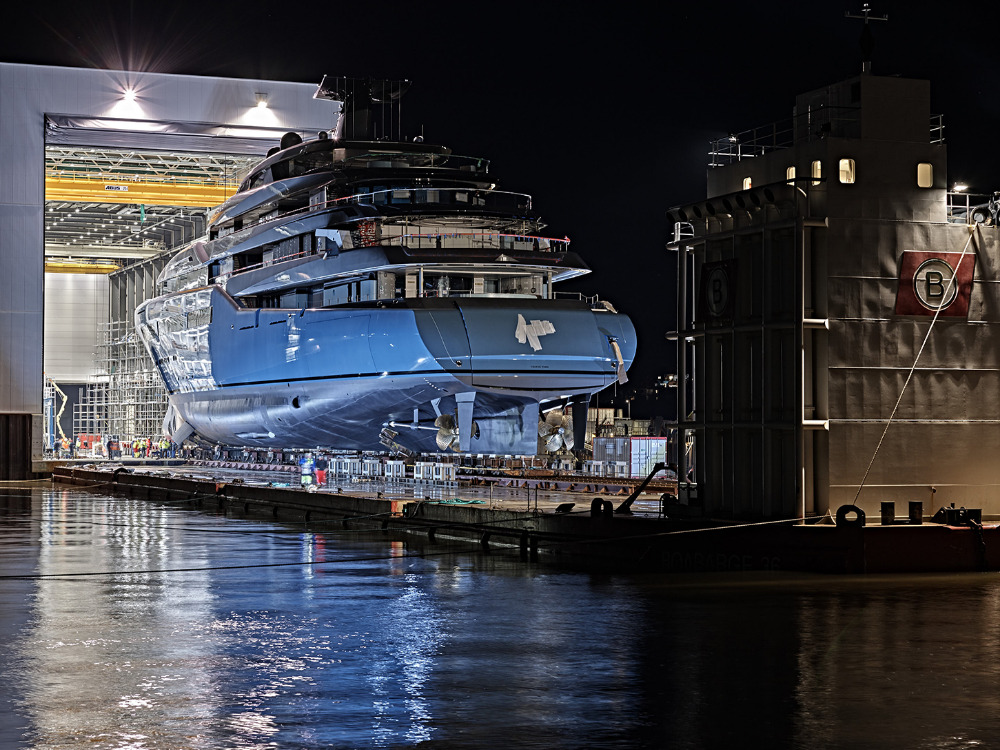 While it may not be the highest in unitary terms, the German superyacht market continues to hold its position as a European powerhouse, responsible for the construction of some of the world’s largest and most impressive vessels. Across 10 active shipyards, 57 yachts have hit the water in Germany since 2010, but with a staggering cumulative LOA of 5094.4m.

According to data supplied by The Superyacht Agency’s Intelligence division, the average LOA delivered in Germany since 2010 is 89.4m, which is by the highest figure in Europe.

Over the same time period, just 8.8 per cent of yachts delivered in Germany have been below 60m, which gives some perspective to the sheer volume of German new builds, as in this time period, 28.0 per cent of German deliveries have exceeded the 100m mark. 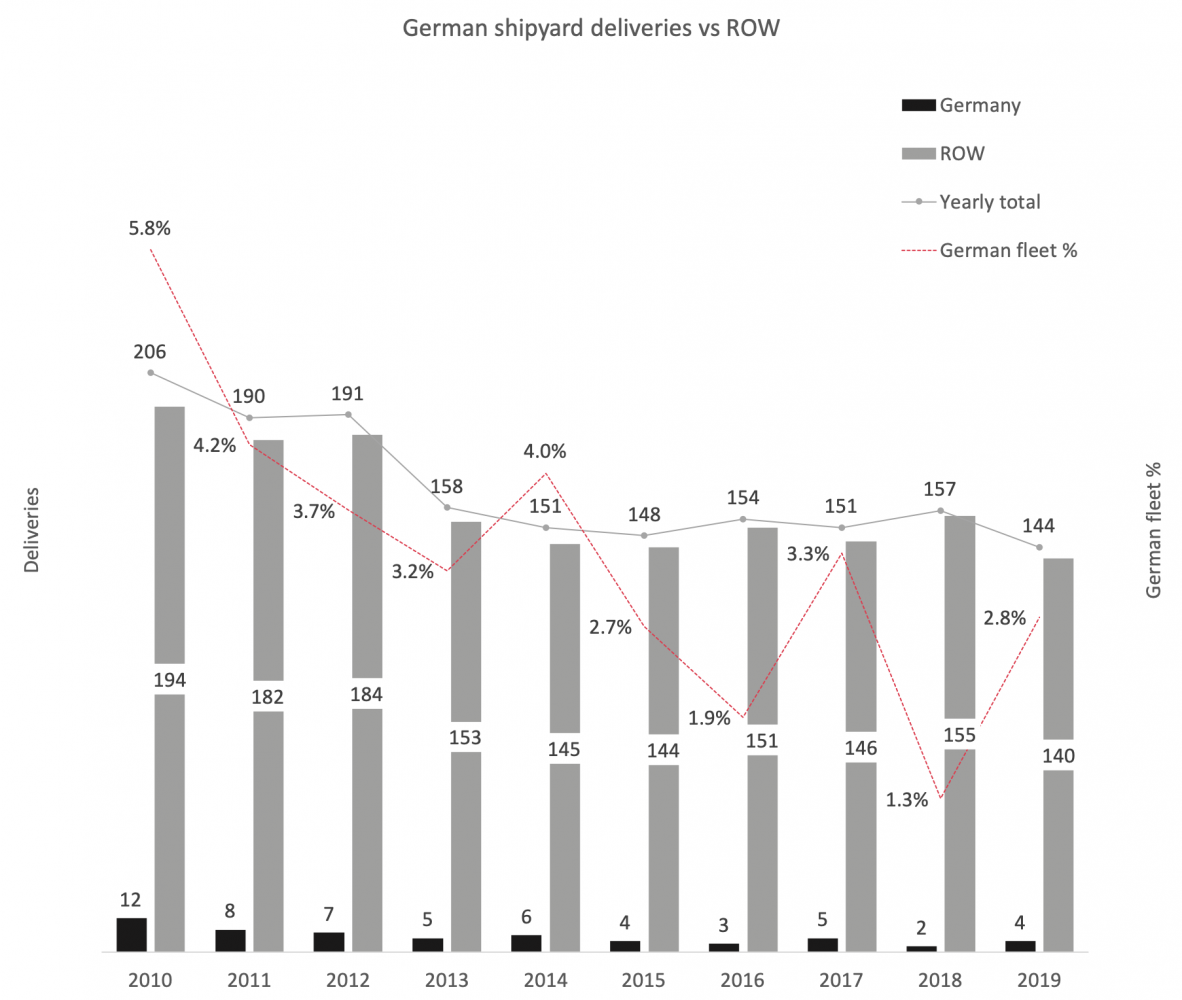 Be that as it may, the volume of German output doesn’t mean smaller size ranges are overlooked. The leading German shipyards, such as Lürssen and Abeking & Rasmussen, have repeatedly delivered yachts of outstanding quality across the size spectrum, with projects such as 60m Huntress (Lürssen) and 60.9m Arience (Abeking & Rasmussen), yet are often mistakenly taken for shipyards that focus exclusively on the world’s largest projects.

Continuing its prolific success in the superyacht market, despite a period of tumultuous market conditions, Lürssen is responsible for the delivery of 47.3 per cent of German deliveries since 2010. In fact, The Superyacht Agency has highlighted, that by units alone, Lürssen is positioned as the 12th most active superyacht builder within this time, despite the fact that 10 of the shipyards identified as the most active superyacht builders above Lürssen are production and semi-custom builders. 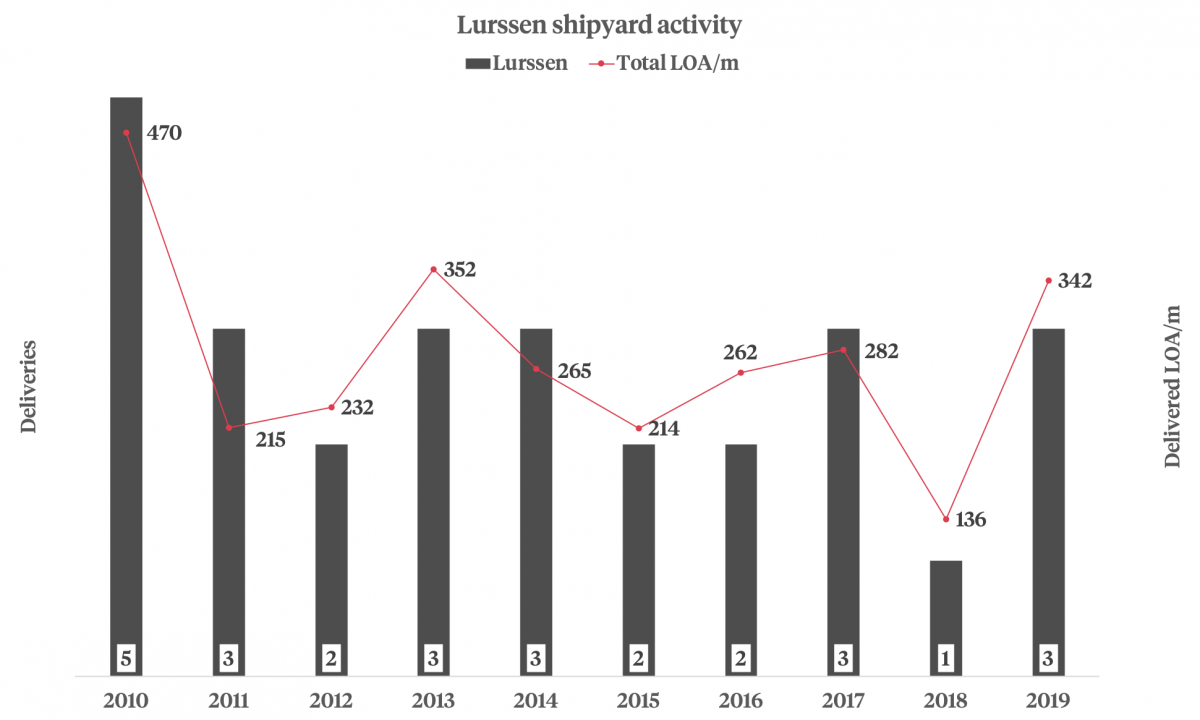 Abeking & Rasmussen is the second most active shipyard in Germany, having delivered 11 superyachts since 2010. Last year, the shipyard demonstrated that it was awash with activity, having delivered 80m Excellence, an extraordinary project that was one of the projects that stole the show at the 2019 Monaco Yacht Show, and announced the keel-laying of its largest project to date, Project 6507. 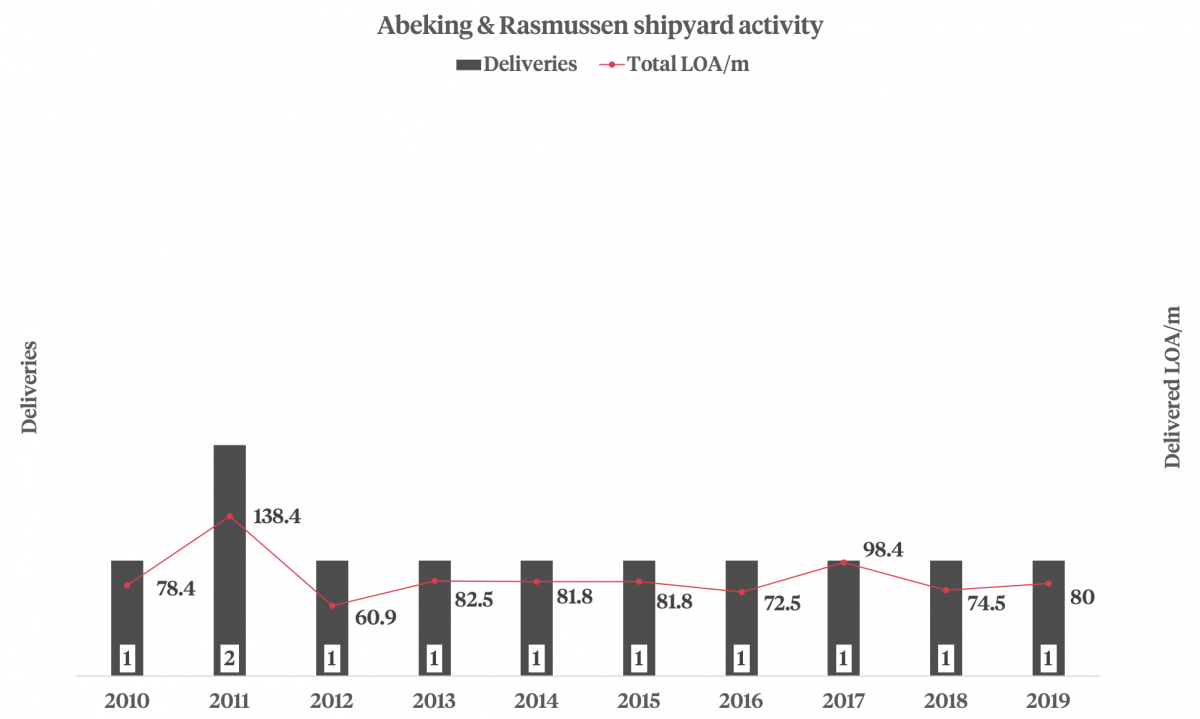 The German fleet now comprises 3.5 per cent of all projects on the water, but the aforementioned quality and volume of the projects that are consistently being produced in the region easily maintain Germany’s position as a superyacht building powerhouse.