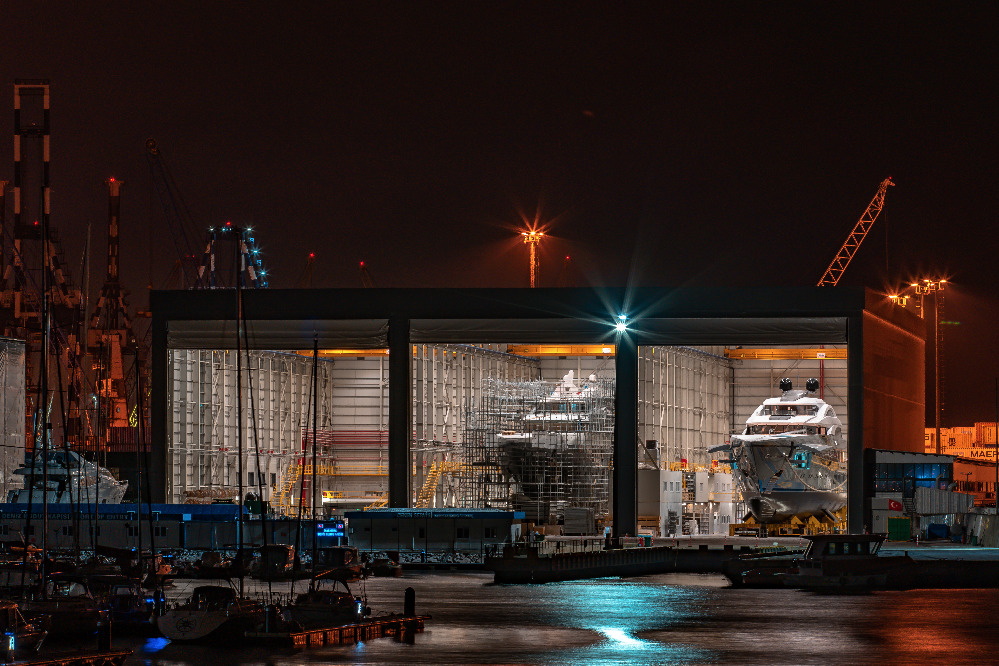 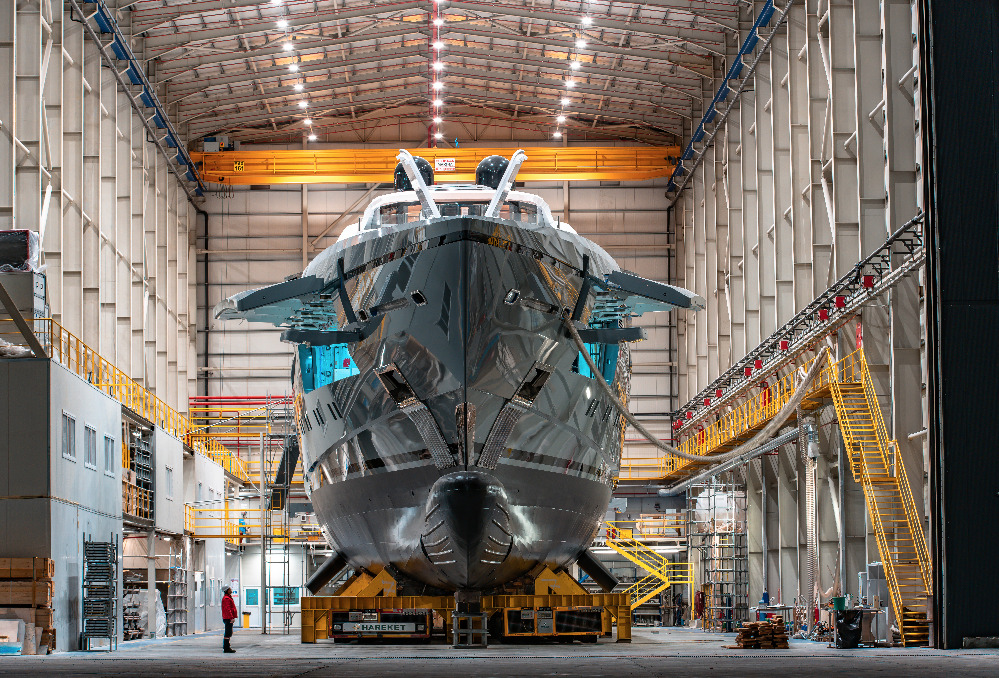 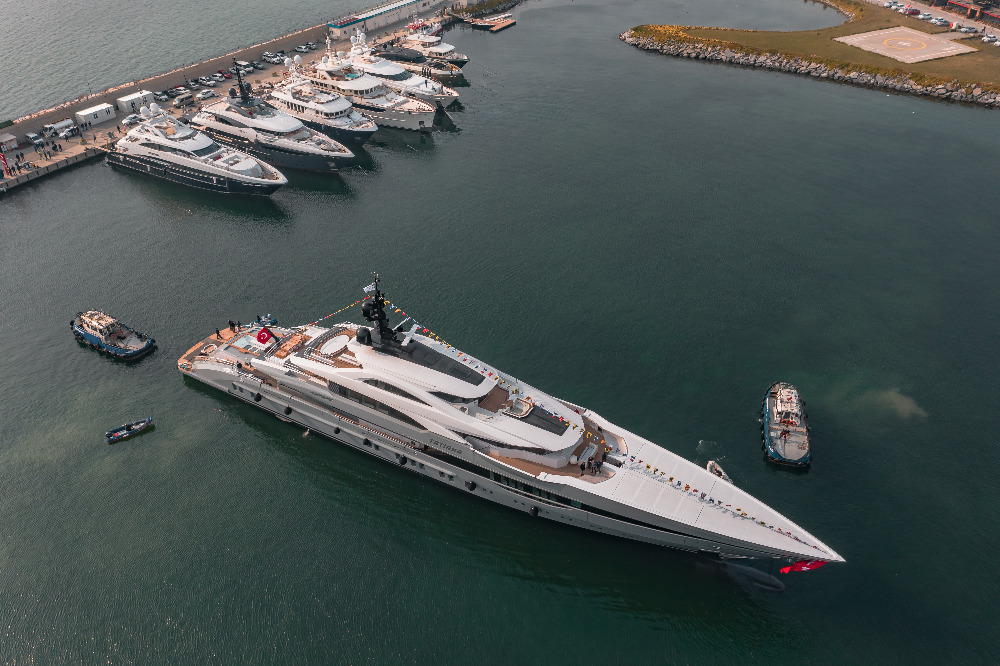 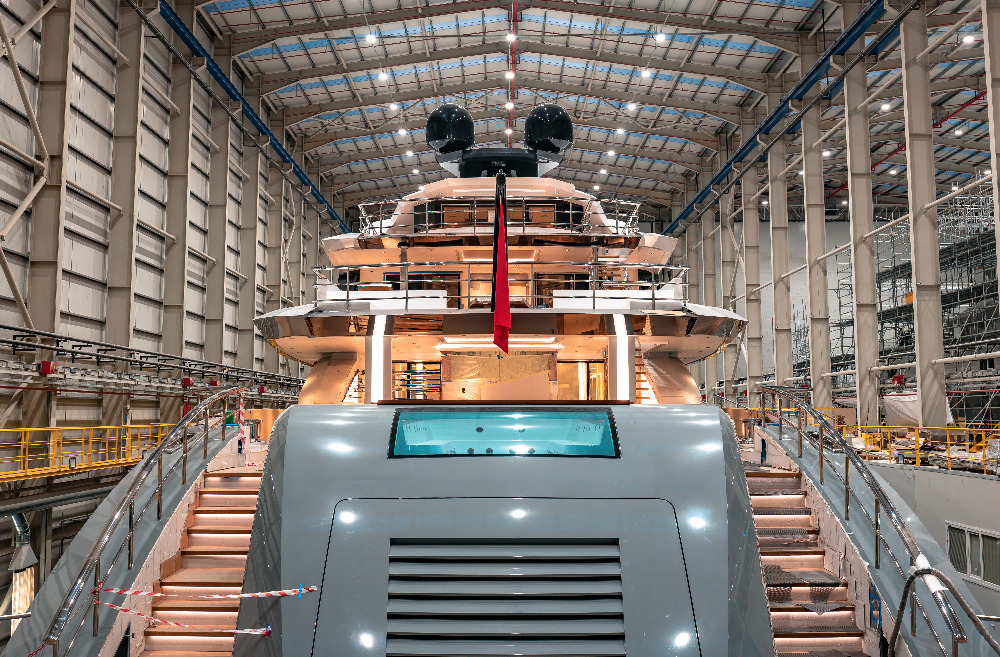 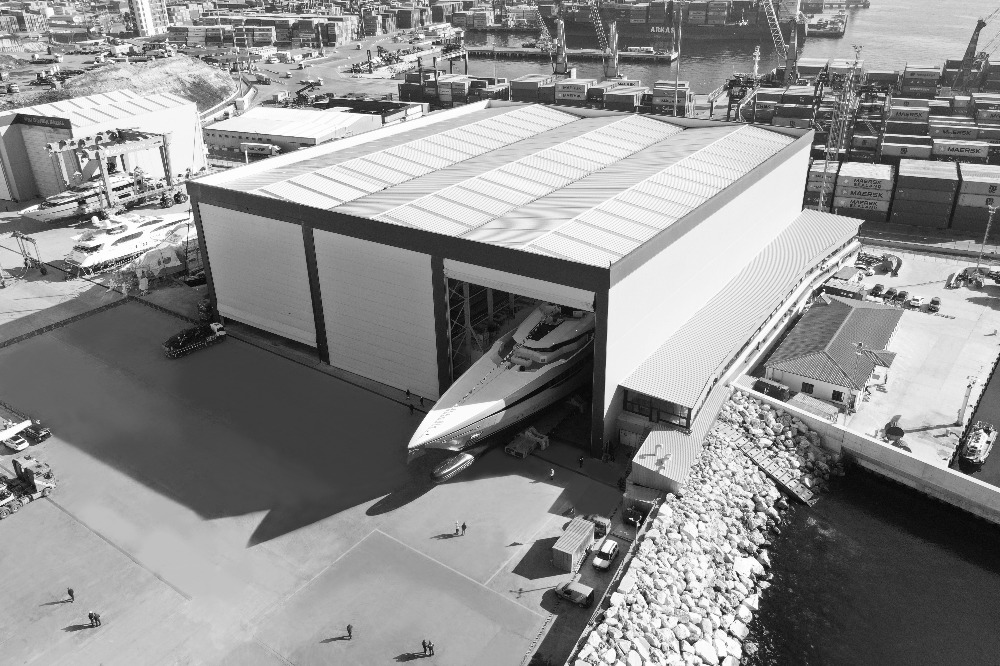 Bilgin Yachts has marked an important step in superyacht history, as the largest boat ever to be built in Turkey hit the water during a private launch ceremony at West Istanbul Marina. At 80m, this highly anticipated superyacht was first unveiled in 2015, before it was sold to an experienced European owner, and the yacht will now undergo a final period of outfitting prior to her delivery later on this year.

The Bilgin 263 series has been designed and engineered by Unique Yacht Design, while the interior has, once again, been left in the capable hands of London-based studio H2 Yacht Design.

“With her design and comfort elements, the Bilgin 263 is truly one-of-a-kind,” says Emrecan Özgün, CEO and Founder of Unique Yacht Design. “We created a very attractive yacht with a sleek and sexy profile, while avoiding high-dosage design cliche´s. The increase in living areas normally results in bulky designs, but the Bilgin 263 has a design attitude that will dominate the yachting sector around the world. This will clearly make her a trendsetter among steel-aluminium superyachts of today.”

It would seem however, that O¨zgu¨n’s comments ring true, as Bilgin has already sold the second unit in the 80m series and have another under construction on speculation. The second hull is planned to be launched next year.

“The owner was asking for a layout that was unique to his own requirements and one that people would certainly remember and differentiate among many other 80m yachts,” says Toby Sturge, formerly of H2 Yacht Design, and who worked on the project. “As the H2 Yacht Design team, we focused on the owner's wishes and turned them into a comfortable, luxurious yet functional interior. Timeless understatement is indeed the recurrent theme on board.”

"The grand staircase from the main salon to beach club makes for the perfect entertainment space." Sturge continues. It's a hugely impressive feature that cannot be found on any other yacht; drawing in huge amounts of natural light to illuminate the beach club."

With the extensive use of Macassar ebony, eucalyptus and plenty of marble, is said to create a luxurious ambiance on board the yacht, and a strong identity, which is unique to the owner.

For well over 100 years, Turkey has been an important contingent in superyacht construction. And, with a fleet of 404 vessels, the country can boast output figures that are higher than the UK (378) and Germany (257). When Turkish delivery figures began to increase in the mid 90s, within a growing economy, the Turkish superyacht market showed great potential - with relatively consistent output until 2006, when this burgeoning sector witnessed a remarkable spike in output, a 76.9 per cent YoY increase in units delivered.

There is no doubt that Turkey presents bountiful opportunities to prospective owners looking for value in the new-build market. Active shipyards in the region have proved that they can build high-quality superyachts, and with pedigree designers, as demonstrated here with this new launch.