As well as the various benefits conveyed upon owners, we explore how co-ownership structures have the ability to yield benefits for crews… 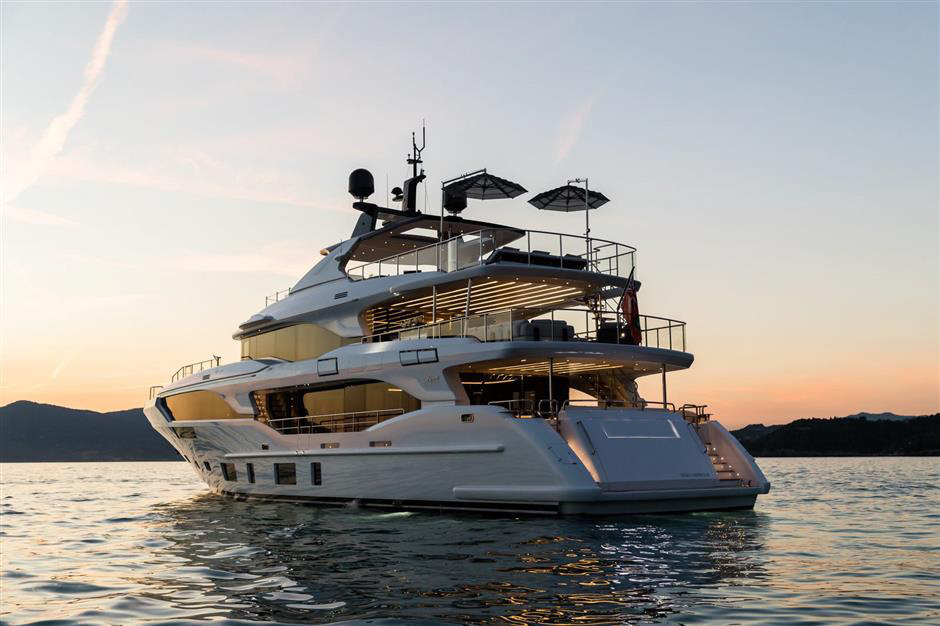 By now the benefits of fractional/co-ownership have been well reported and while the structure still has is detractors within the market, it is fair to say that the concept has been proved. No one is saying that this model is suitable for every superyacht owner, nor indeed that it will replace traditional sole-ownership models, nevertheless, it has proved itself to be a legitimate and incredibly flexible alternative. However, putting aside the various benefits bestowed upon those clients that choose to adopt such a structure, the model may yield benefits, especially for superyacht crew, that have been overlooked to date.

“Everybody in the market now knows what fractional ownership is,” starts Matty Zadnikar, CEO of SeaNet Europe. “When I spoke about it four years ago, nobody really thought that it would work because they didn’t truly understand the model. I must say that the situation today has changed somewhat and the majority of people that I am in contact with have heard about it and at least have a basic understanding of the model.”

The lay conception in the superyacht industry is that if an owner wishes to mitigate their costs, then the most effective way to do so is to charter their vessel – such has been the solution for many years. Zadnikar, however, would contend that operating a superyacht commercially is not in fact the most financially beneficial solution in the long-term.

“When people seek to find out about co-ownership, I have come to understand that 75 per cent of the time owners intend to use commercial registration as their financial optimisation because they feel it is the most effective,” continues Zadnikar. “Based on this misconception I have developed a transparent financial comparison between the models of private ownership, sole commercial ownership and co-ownership of 25 or 33 per cent. The assumptions are listed and based on the typical costs associated with the purchase and operation of a 35m motoryacht from an established European brand.”

To view the SeaNet five-year financial comparisons follow the links below.

One of the common criticisms of the co-ownership model is that it doesn’t provide enough flexibility for co-owners in terms of the usage weeks throughout the year’s most popular months. The same criticism, however, can be levelled at commercial operation and the demand for charter weeks. Charter guests, invariably, demand the most popular weeks of the year and, additionally, should an owner wish to use their vessel during these weeks, they are required to pay for the privilege. The solution? If seven weeks of usage isn’t sufficient at 25 per cent, invest in a larger portion of the vessel. A 33 per cent stake, for instance, would confer 9.5 weeks of charter to the given owner. Furthermore, for owners who wish to have total flexibility, then sole private ownership is clearly the favoured model.

A second criticism of the co-ownership model is the fact the vessel is shared between a number of owners. For some reason, the industry at large takes issue with the idea that a superyacht will have to be shared amongst a number of financially interested parties. And yet, when operating a superyacht commercially, the superyacht is shared with an indefinite number of strangers that have no financial interest in the vessel itself. This criticism, one feels, is born out of laziness rather than reality.

Nevertheless, for many UHNWIs private ownership remains the best solution and, for others who wish to sweat their asset hard, commercial operation may yet remain the best option. However, the development of the co-ownership model has yielded further benefits that neither of these models can necessarily claim to match.

“I am not against sole ownership, nor am I against charter, I am simply saying that there is space in the market for a third channel,” continues Zadnikar. “The model is designed to open up the market to another type of buyer, and that is certainly something that the market needs.”

Central to the model’s additional benefit is that all those superyachts that are registered under SeaNet’s co-ownership structure are all professionally managed. A by-product of this business structure is that it has created an environment where crew, in essence, operate within a central business structure and, as a result, have a clear route for career progression and a central, financially invested body for whom their wellbeing is not only ethically preferable but also central to the success of the business.

“Why would an owner want the hassle of managing a boat?” asks Zadnikar. “Within our co-ownership model, every superyacht is full professionally managed and we also have fully rotational crew on each of our four superyachts.”

In The Superyacht Survey 2020 published by Faststream Recruitment Group earlier this year, one of the key findings from the report where it related to career development and mental well being was the desire on the part of crew to work on board superyachts that had rotational crew. In a world that is more connected than ever before, the constant barrage of social media content and various communication platforms, rather than making crew feel more connected, has led many to feel less connected to their friends and family. For want of a better phrase, various factors have led to superyacht crew experiencing FOMO (the fear of missing out). However, on smaller superyachts rotational positions for junior crew especially are few and far between.

“On each of the superyachts registered under the SeaNet co-ownership model and full managed we have 2x4, 2x5 and 2x7 crew depending on the length of the vessel,” explains Zadnikar. “From a crew perspective, there is an excellent backup structure that will ensure they are able to strike a good work/life balance. Since the conception of our business, we made sure to predefine the yachts in technical terms so that they are optimised for multiple users and extensive use. However, our secondary consideration was ensuring that the crew worked in a professional and considered working environment. In our model, each yacht has rotational crew and each yacht is used for double seasons. They are operational for 36 weeks of the year.”

Another factor that has negatively impacted crew for some time, especially on board lesser-used private vessels, is boredom. While some may opt into the superyacht industry as a means of making quick cash before seeking alternative employment, those who choose the superyacht industry as a bona fide career path do so with the desire to work and to travel. SeaNet’s co-ownership model not only guarantees a significant number of working weeks and travel, it further provides an internal structure through which crew can progress.

“I think that a lot of the problems with crew simply come because the yachts aren’t used enough. The crew gets completely fed up with hanging around the same harbour with nothing happening. If you choose to be a mariner, you want to sail, see things and experience new places. This is exactly why our boats are continuously used, with the addition of rotation to ensure that crew don’t burn out. Typically it will be one or two months on and then one or two months off, so they are still able to have a private life and socialise with their friends and family,” says Zadnikar. “As a result, the proportion of people that leave our boats is very low and of those that have left, it has largely because they were starting families onshore. We retain our people very easily because we spend a lot of money and budget on maintenance so the boats are in excellent shape, everyone is on rotation and we pay a fair salary.”

The crew that first joined a co-owned boat with SeaNet, on board a Benetti Delfino 93’ has stepped up onto a Benetti Medieterraneo 116’ at the same time the owners of the Delfino decided to do the same, adding a further level of continuity to the process.

“I have had stewardesses step up to become chief stewardess on the bigger boats and I have had a chief engineer become captain all within the business structure,” continues Zadnkiar. “Within the company, we have created a growth plan for crew and as the business continues to grow, they will continue to step up in position or onto larger boats, or stick with the owners as they step into new projects.”

One of the most common gripes with superyacht crew is the lack of crew retention on board vessels. The inability to retain crew has much to do with the aforementioned factors, such as rotation schedules, career development opportunities and boredom. While none of these issues can be negated 100 per cent, seemingly SeaNet’s co-ownership and fleet model, as well as yielding many benefits to the right type of owner, can do much to assuage the typical crew gripes.

Shaping the future of superyachting