As MYS enters its next phase of development, a buoyant market eases its transition… 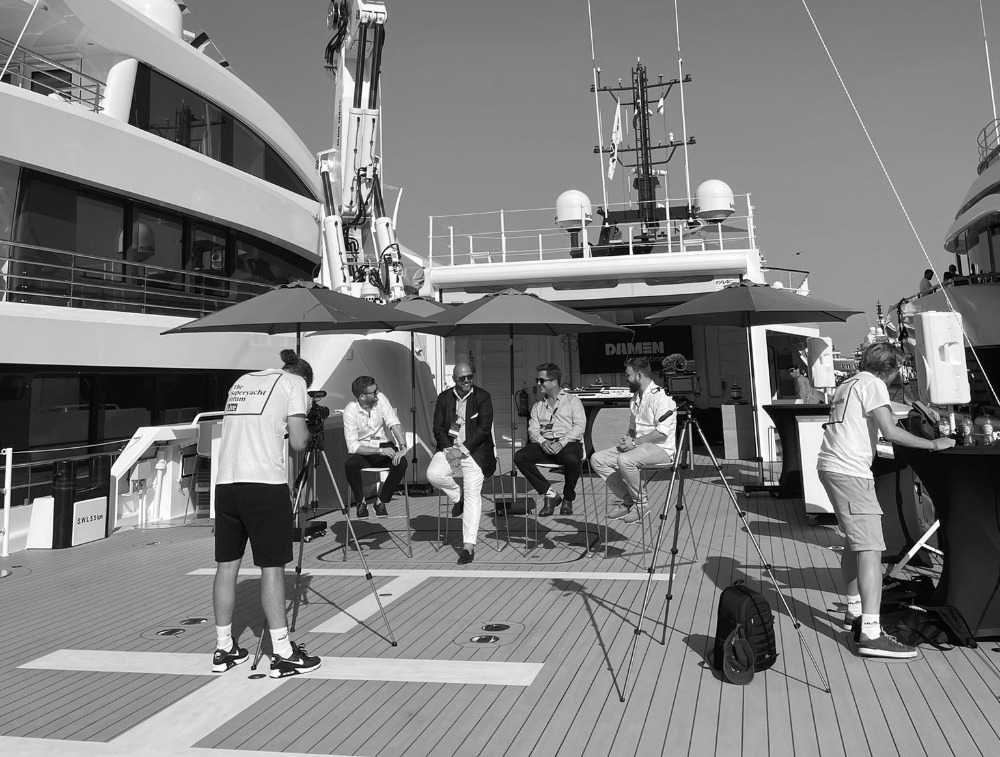 As the first return to boat shows properly for The Superyacht Group, it is fair to say that Monaco Yacht Show (MYS) 2021 couldn’t have gone much better. The whole industry, so far as I could tell, was buoyant, riding on the crest of booming activity across the new-build, refit, brokerage and charter sectors, with various other stakeholders’ benefitting from the general uptick in activity. However, moving forward, will a boat show’s perceived ROI be inextricably tied to the market’s general performance?

Anyone lucky enough to get to MYS this year will have immediately noticed that the show felt different to recent iterations. For a start, everyone seemed extremely happy, or at least happier than they have been for the last few shows. Chiefly, I believe that this can be reduced to two key factors.

Firstly, and perhaps foremost, the market has exploded in activity, with shipyards and brokerage houses all reporting record sales and order books stretching way beyond the horizon. It begs the question, ‘how could they not be happy?’ Charters impact the sales market, the sales market impacts the refit market, all of which benefit the designers, lawyers and the various stakeholders, OEMs and subcontractors that operate within the industry’s myriad sectors. A moving market means good times for all.

Secondly, for those that focus exclusively on the 30m-plus superyacht market, MYS represented the first genuine opportunity for everyone to gather en masse, share news and, generally, catch up and have a good time. As much as we all convinced ourselves, mostly out of mental self-preservation, that Zoom and various other video conferencing tools were sufficient, it’s fair to say the MYS proved to us all that Zoom and its various competitors are absolutely no replacement for some facetime (not the digital app).

Within this context, it was nigh-on impossible not to enjoy MYS. However, does that mean that the show itself was a success? In the lead-up to the various shows, the new-build yards and brokers were already reporting record sales, so how much value could a boat show possibly add?

By MYS’ own admission, the 2021 event was the first step in the process of updating and improving the show to provide enhanced ROI for its many exhibitors. The VIP day, for example, needed to be communicated to both those exhibitors that weren’t granted access to the cordoned-off VIP dockside area and to those businesses and individuals that were. For instance, I spoke to several brokers who were unaware that the system had changed at all, which may have caused some friction had they been hoping to conduct a meeting with anyone that wasn’t a potential buyer or member of a buyer’s team.

Let’s stray, for a second, into the realm of guesswork and speculation. If the new-build, refit, brokerage and charter markets were experiencing a bust period rather than a boom, would exhibitors have reported on MYS in such glowing terms? Would the delight at seeing one another after 18 months of (relative) isolation have been enough to convince everyone that they were having a great time at MYS, or would the typical discussions about cost and ROI have been more pervasive?

Certain industry stakeholders have expressed the opinion that the boom period is going to be a prolonged period of market growth as opposed to a flash-in-the-pan purple patch. While it is usually sensible to avoid such overt optimism, we are all quietly hoping that these individuals have their finger on the pulse and that the boom period doesn’t quickly turn into a burst bubble. If this proves to be the case, MYS’ organisers can continue finessing the changes to the show that began in earnest this year. If they prove to be wrong, however, and MYS 2022 plays host to a market with differing fortunes, how successful will the show be considered to be then?

These are of course just questions that, until the market experiences its next trough in activity, will remain unanswered.

New members and a bullish outlook at SYBAss general assembly

REVYVA: from plastic to fabric