Creditors are many and varied with no potential buyer yet to step forward and express interest in the yard at current valuations. Is Perini Navi worth saving? 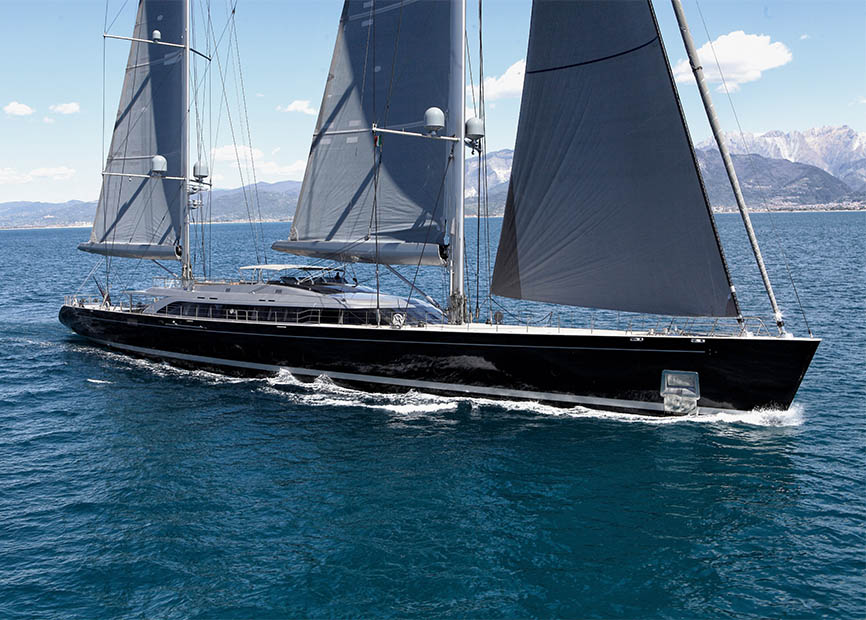 With a second auction for the now-defunct Perini Navi shipyard and brand taking place on 30 September, following the failed first auction which saw interested parties unanimously agree that the shipyard was overpriced, it has been revealed that Perini Navi is in €133m debt. The second auction sees the once-prolific sailing yacht manufacturer being sold for €56million, which some parties have already suggested is too high, with certain stakeholders suggesting that at least €20million is required to resurrect activity at the shipyard.

The list of debtors makes for interesting reading, ranging from the somewhat comical with monies owed to a business that supplies Christmas gift baskets, to the expected like owner Alberto Platchi Ribera and a variety of banks and public institutions.

At present, the receiver, Franco Della Santa, has managed to raise €30.6million from the May 2021 sale of Perini Navi’s facility in Turkey. However, Della Santa has had no such luck selling the primary assets in Viareggio and La Spezia, either for the originally proposed price of €62.5million or the adjusted price of €56million. Sources suggest that there is little by way of genuine interest in the shipyard and its various assets, even at the reduced price.

Speaking with a well-known superyacht industry lawyer at MYS about the value of defunct shipyards, they openly suggested that the value of Perini Navi as a brand was nominal, with the only true value expressed by the assets existing in the literal value of the facility, the machinery and the materials therein, which does not paint a positive picture of the once-lauded sailing yacht manufacturer.

While some have suggested that it will take at least €20million to resurrect operations at Perini Navi, others have suggested that this is an extremely conservative estimate, with the resumption of operations reliant on a complete rebuild of the business given that large numbers of senior staff and skilled labour have understandably sort work elsewhere.

It is not, however, ubiquitously accepted that there is little value in the Perini Navi brand, with several individuals, especially those from the Italian superyacht market, believing that saving the brand would be a good thing. I’ll reserve judgement on whether or not there is any genuine benefit to saving Perini Navi, as the truth of such matters is usually discovered in the success or failure of any attempt to do so.

Questions remain over how Perini Navi became so heavily indebted and where all the money that was borrowed actually went? Is the situation at Perini Navi too toxic to attract the attention of the major superyacht builders, beyond their desire to purchase Perini Navi’s physical assets and expand their build capacities? Regardless, it appears that these major shipyard operations still believe that Perini Navi is valued significantly higher than what they are willing to pay.

One user on Twitter comments: "Physical assets of a yard are only worth as much as the profit the yard produces... In bankruptcy it is unreasonable to expect people to pay a replacement value. Investments need to be made to improve profitability and sales... In our view the price for PN should be €1...". Do you agree?