SuperyachtNews.com - Business - Cyprus and the key to the far Eastern Mediterranean 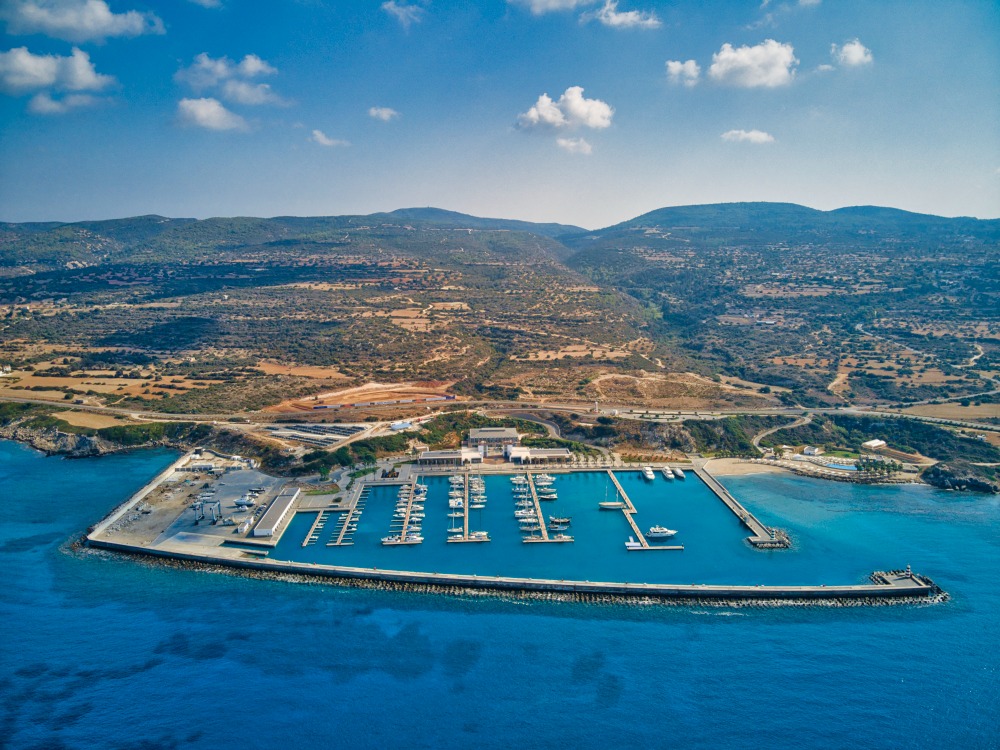 The Eastern Mediterranean is an evolving superyacht destination. The boundaries of this region encompass some of the most diverse and culturally significant countries on earth. The limit for many superyachts is often somewhere near Antalya on the coast of Turkey. Many more yachts pass through on their way to transit the Suez Canal. Lying at the beating heart of the easternmost reaches of the Mediterranean, or the White Sea as it is referred to in Turkish, sits The Republic of Cyprus.

Cyprus is the third largest and third most populous island in the Mediterranean. However, despite two seasons spent in ‘Eastern Med’, and many trips through the Suez Canal, I never visited, and I venture the same can be said for many owners and crew. However, there have been several high profile developments in Cyprus and the broader region, such as the 1.2€ billion Larnaca Port and Marina Project in Cyprus and slightly further afield in the Adriatic, the €2 billion UAE backed Durres development in Albania, to name but two. With the region attracting significant growth and investment, SuperyachtNews takes the chance to speak with Liza Singer, CEO at one of the pioneering developments in Cyprus, Karpaz Gate Marina, for an intriguing conversation that gives insight into the outlook for superyachting in Cyprus and the far Eastern Med. 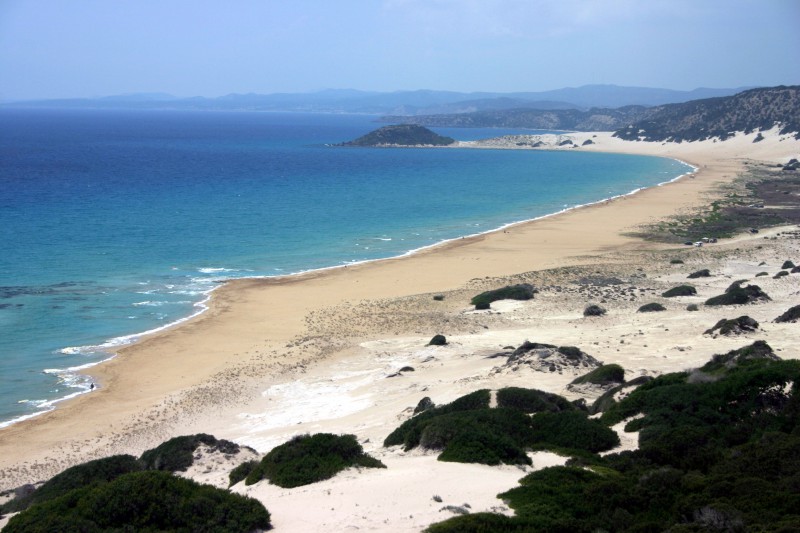 Speaking to the unique geopolitical situation in Cyprus, Singer begins; “Arriving here 10 years ago, the yachting infrastructure we see in the Island today did not exist. We knew it would be challenging, but the vision took into account the fact Cyprus is an island country, with a vast coastline, and we need to utilise this coastline for the benefit of the entire country, putting political issues aside. There is a need for collaboration to allow the island as a whole to become a real yachting destination.”

The below graphic, supplied by The Superyacht Agency shows the 30m+ superyacht migration through the Eastern Med, 2015-21. The data shows clearly both the comparatively lower visitation further east than Antalya, and Cyprus's central position for the region. 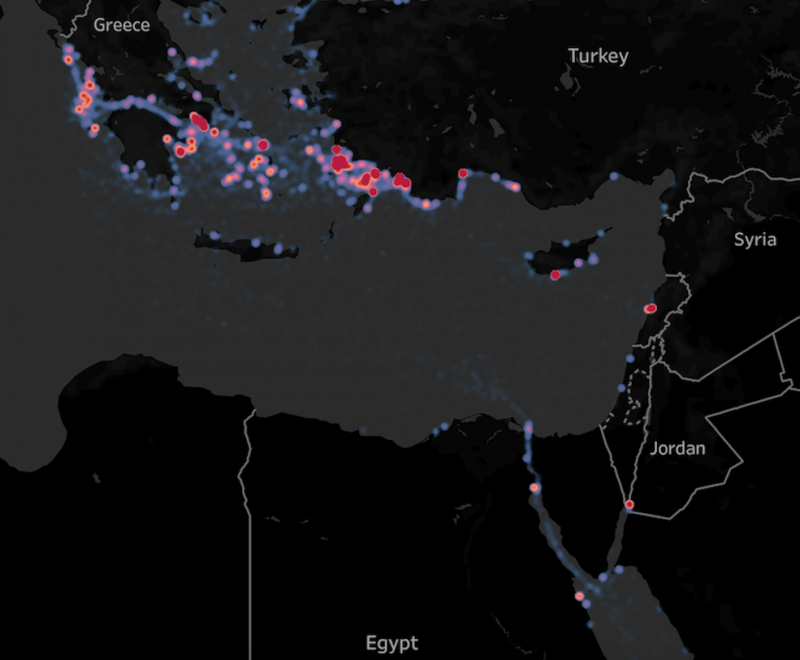 Data supplied by The Superyacht Agency

Superficially, there is another example in the Mediterranean that can serve as a template for successful island-centred superyacht infrastructure developments. Although far smaller, Palma de Mallorca springs to mind. However, as Singer continues, there is more to it. “To be a destination, there needs to be a collaboration between the two sides, the Republic of Cyprus from one side and the ‘Turkish side’, and this has been problematic, I will not go into more detail. But, what I will say is that as the private sector, we are collaborating for the economic benefit of the island as a whole to improve the ease of navigation around the island. We have a nice network of marinas around the island and we are proud to be the leaders of this development and movement.”

Speaking to the beginning of Karpaz Gate Marina, Singer recalls: “When we got our license, The Turkish coast of Cyprus was still under military ban. This was not an area where yachts could sail. For yachts, Cyprus was only on The Republic of Cyprus's shores.”

There are many examples of economic impact assessments that try to grapple with the manifold costs and benefits associated with superyacht visitation and a region's economy. The Superyacht Agency is frequently producing such reports for diverse governmental bodies and private entities. However, as Singer recalls, Karpaz Gate Marina was in a unique position. “At Karpaz Gate Marina we are our own little microcosm. When we developed our project the area was totally deprived, meaning you almost start from zero. Not because this was the Turkish side, but because we are on the peninsula of the island, which is an area which was traditionally less developed, more rural and agricultural.” As Singer explains, from there they had a front-row seat to the impact that Karpaz Gate Marina had on the surrounding area. “We could, over a 10 year period, very clearly see us becoming the biggest employer in the area, the value-add circles and how they contribute to the economy.” 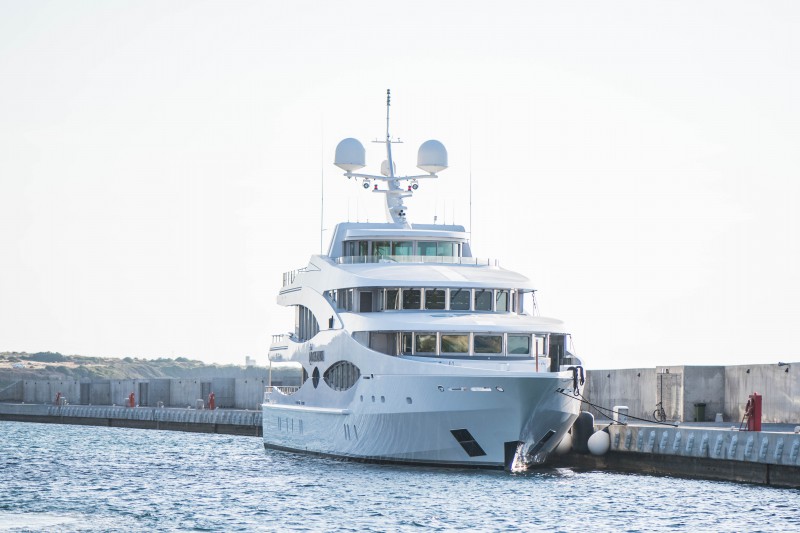 Creating a touristic foothold in an otherwise underdeveloped region, via a marina, has myriad downstream effects for the region economies on an island nation. Singer is clear that the Karpaz Gate fits a specific niche in the island’s superyacht infrastructure, specialising in smaller yachts and boutique hospitality services. “The vision for Karpaz Gate from the beginning was to specialise in superyachts and not megayachts. The 80m plus fleet need to be near the Larnaca airport where you also have a commercial harbour and port facilities that can serve large yachts. When we speak about the total number of yachts in the fleet, the megayachts make up a very small part of it. We have focused on the smaller yachts, and that is why we have a specialised technical service centre and 300t travel lift. " 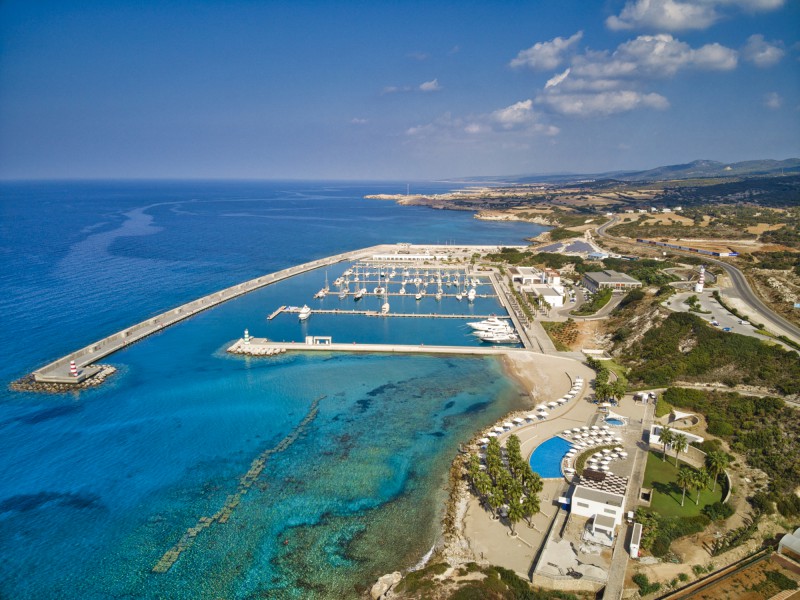 Casting an eye to the broader region, Singer outlines the development and growth that are supporting the Eastern Mediterranean superyacht infrastructure. “There are other examples such as Montenegro and Croatia, which was a new destination only 15, 20 years ago. Montenegro specifically is developing a new refit infrastructure for megayachts and superyachts. We see all this interest coming East and this is part of a trend and evolution. You just have to look back far enough to see the momentum."

As can be seen in the earlier migration heat map, there is relatively significant visitation along the coast of Lebanon, with less along Israel's coast. The picturesque coastline and vibrant coastal cities such as Tel Aviv and Beruit have drawn in visitors for thousands of years. The history does, however, inevitably enter the conversation about the capacity for growth in the region for superyachts. “Let's talk about the safety of the wider region," continues Singer, "it's a very hectic neighbourhood. I will not be a prophet here and boldly predict what will happen in the region, but as long as a status quo remains, and the government sustains the economy, I think we will see a slow and gradual movement to the East, as well as the development of more infrastructure in Cyprus.”

Touching on what Cyprus can do to capitalise on the growth of the region, Singer concludes, "The extra mile that is required in order to come to a new place where you cannot spend the season, this is a challenge. This is a marketing challenge for the Islanders. You go to the Adriatic because this is your place, this is where you're going to actually spend the season. So it's very natural that you will want to somehow get closer to that area as soon as the season starts. How do you bring yachts during the season to a place where it is not a natural season to them? This is the challenge."

Karpaz Gate Marina has recently opened a Boutique Hotel as the next stage of development and is adding indoor pool facilities, meeting rooms and a new Yacht Club. This is combined with the development of Larnaca Port and Marina and the established large yacht berthing and facilities at Limassol Marina, meaning that, in Cyprus, a stunning year-round destination is developing. When heading back to the Mediterranean from the Maldives in March, for example, can a yacht head north to Cyprus after the Suez Canal for a quick (and warm) yard period, before spending a season between there and the Adriatic and the Turkish Coast? I did not, and most likely could not have done this 10 years ago. However, with the development of the island, the potential for unique cruising, rich history, the hopeful continued relative level of political stability and pioneering work of stakeholders like Liza Singer and her team at Karpaz Gate, the far Eastern Med may be unlocked.

Inside the €1.2 billion Larnaca Port and Marina Project