Belinda Balluku, Albania’s minister of infrastructure and energy, discusses the role of superyachts in the new Albania … 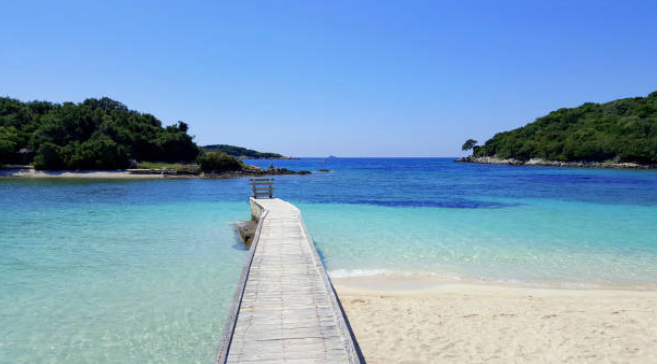 Albania has remained a side conversation when discussing The Adriatic, the smaller next-door neighbour to the hotspots, both north and south, brimming with potential but adjacent to the main event. There have been many hypothesised developments, renderings and hopeful dialogue since the renaissance of the region as a destination. With the apparent halt to the Porto Albania development, it appears that the wheels are now well and truly turning for a range of other projects.

The announcement that the Dubai based Emaar Group had committed to a €2bn infrastructure development was met with some initial scepticism but with the continued commitment voiced, and after an agreement of cooperation was signed in November 2020, centred around the conversion of the commercial port of Durres and surrounding residential infrastructure, significant development seems to be genuinely underway. With the recent Emaar Group publicity release showing the scale of the project.

This development is one of many that the Government of Albania has expressed commitment to undertaking. As highlighted in the detailed ‘First National Document on Spatial Planning: ‘Shqipëria 2030’, published by the government of Albania in 2015, Albania appears committed to re-establishing itself as a vital hub for trade and tourism in the new Europe.

SuperyachtNews speaks exclusively with Belinda Balluku, Albania’s minister of infrastructure and energy, about how the development supports a new generation of development in the region.

Like many European nations, Albania has recognised the importance of the marine sector long term development, as Minister Balluku explains. “Since the year 2015, when the Government of Albania first presented 'Shqipëria 2030’, it introduced an instrument of national planning for the integrated development of infrastructure, with tourism being in the spotlight. Naturally, the port and marine sectors were crafted into the development strategy due to the specific importance in the trade and tourism of the country.”

Speaking specifically about how the marina developments would complement the growth in the region, Minister Balluku continues. “In October 2020, the Government approved the National Sectoral Plan of Marine Transport and Port Infrastructure, where it foresaw the relocation of all cargo ports from current urban locations and the redevelopment of the latter into marinas and high-end touristic real estate. It also approved the construction of new marinas, with the condition that they met all necessities of a full-service homeport."

While not mentioned explicitly in the full infrastructure plan, Balluku refers to the recognition within the national government of the importance of the superyacht industry and superyacht visitation to the planning.  “Although the superyacht sector is not yet at its peak, the government is fully engaged in providing the necessary deregulatory steps and financial incentives in order to make it a fast-growing sector; hence we believe it will touch all aspects of the Albanian Riviera economy." As Minister Balluku mentions, the superyacht sector may not be at its peak, with the visitation numbers for 30m plus superyachts in the region supplied below by The Superyacht Agency. As outlined, there has been a predictable slump, likely due to Covid-19, after 5 consecutive years of growth. 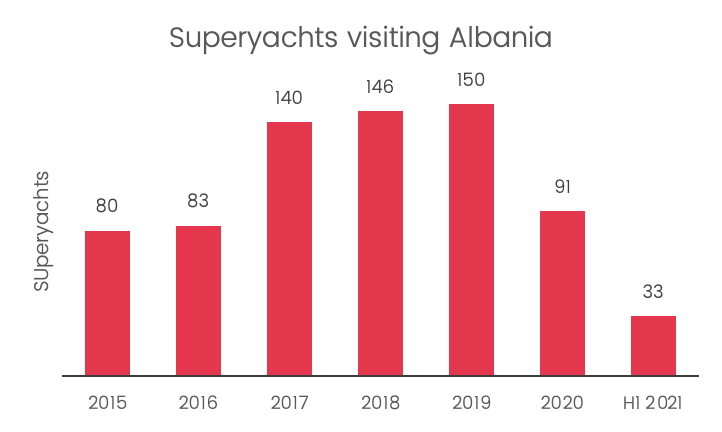 While the infrastructure plan outlines the redevelopment of all four of Albania’s marinas, there are two that will cater to superyachts specifically, as Minister Balluku clarifies. “The two biggest projects of touristic marine infrastructure, Durrës Waterfront and Marina Vlorë foresee a combined accommodation of 130 Superyachts, from 30 to 200 meters, while providing berths, fueling, utilities, onsite light maintenance, and disposal.”

The opposition Democratic Party (PD) has raised concerns that the proposal would hand over control of the port to Emirati interests, as the initial document does not contain any conditions or restrictions. However, Minister Balluku is positive in her assessment of the benefits of working with a developer such as the Emaar group. “Every investor is welcome in Albania, and the Albanian Government is committed to facilitating them in any endeavours that stimulate the economic development of the country.”

The Port of Durres is a highly significant commercial centre that forms the primary entry point for the Pan-European Corridor VIII, linking Macedonia and Bulgaria, covering more than 80% of trade in Albania. In response to this, the commercial operations will be transferred to Porto Romano, approximately 20kms away. According to Bjordi Gogo, Albania managing director at Acquera Yachting, the operations will be transferred in approximately 36 months, with the initial work commencing earlier than expected, with part of the commercial port has already cleared. 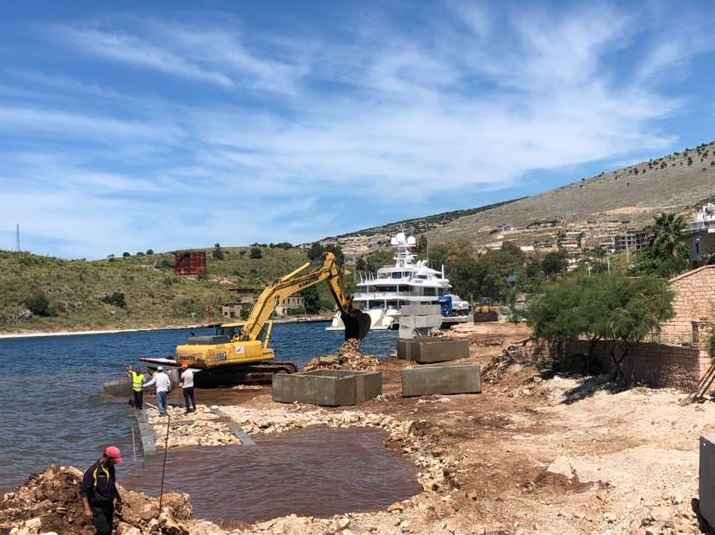 While the Durrës Waterfront and Marina Vlorë remain the two most significant developments, Gogo also lays out the plans for further expansion along the Albanian coast, with the Port of Shengjin scheduled with conversion to a large marina, and finally, the Port of Limion, having already started its redevelopment, (pictured above), providing additional superyacht mooring capacity along the coast.

For more information on the work being done by our Superyacht Intelligence team, visit here. Alternatively, you can obtain full access to The Superyacht Group's fleet database by becoming a member for just £60.