SuperyachtNews.com - Business - Begum at Sea, Begum on Land and Begum in the Air

Begum at Sea, Begum on Land and Begum in the Air

Having turned her back on an Oxford education, much to the chagrin of her father, Begüm Doğulu has turned no premises, sleeping rough in Antigua and living on the breadline into a Turkish superyachting empire, 25 years on we explore the story of Begüm Yachting through the eyes of its founder.

“When I went on holiday to Turkey 1989-90 there was no trained staff who could speak good English and the owner of one of the best yacht agents convinced me not to go back to England as he could teach me yachting business,” starts Doğulu, owner and managing director of Begum Yachting. “I liked it so much that I decided not to return to England without asking my father’s permission. All hell broke loose when my father heard about it because he wanted very much for me to continue my education in England. However, I had already given my decision to stay with that yacht agent.”

Regardless of her father’s displeasure, Doğulu worked for the yacht agent for seven years, starting with the cheque books and progressing to the switchboard, front office and eventually into the marina as a bona fide yacht agent. However, in 1995 after seven years of learning the trade, Doğulu decided that she was ready to stand on her own two feet and begin a venture of her own.

“I didn’t have any capital at the time and my father had told me that since I was making my own way, then I should build my own life. I had about 2000 dollars left in my pocket and with this I rented an office in Kuşadası,” continues Doğulu. “The office had one computer, a stool and a second-hand air conditioner. I was struggling with poverty and trying to establish my own company, and my next decision was whether or not to go to Antigua fair with what little money I had left.”

Doğulu did travel to Antigua, buying the flight on credit, but with only 500 dollars to her name and hotels costing around 400 dollars a night, she slept on a bench in the marina. While people sunbathed on the beach, Doğulu suited up and presented them with her brochure and, eventually, she started to get the attention of the market. Unable to buy food and water before her flight home, Doğulu was on the brink of feinting before finally being able to catch her flight.

“I worked hard, I struggled and now I have 25 years of experience and success behind me, and I did it on my own without any support, and everyone knows and appreciates this,” says Doğulu. “With the trust gained through hard work, my agency gained rapid momentum. I had to hire staff as I reaped the rewards of my struggle and the number of yachts on my books grew from one to 10. In the following year, our business grew quickly, especially amongst Greek clients where we reached near 90 per cent market penetration. After Kuşadası, I opened my second office in Marmaris and then in Gocek, and all that happened in two years. Then I opened offices in Istanbul, Bodrum, Didim and Antalya. This is how the Begum Yachting story began.”

“Begum Yachting has always been different from the other agencies and has been established earlier than all of the other agencies in Turkey. With 25 years of experience and awareness, Begum Yachting is an integrated, perfectionist company having a strong background and knowledge in the yachting sector. Owning a shipyard, provision supply and transfer companies, yacht charter & brokerage department, as well as owning a charter boat and various luxury sea limousines and Sea planes for Tour and Transfer organizations, Begum Yachting has made a difference in Turkey as a company that could meet all of the services needed by superyachts in the region.” 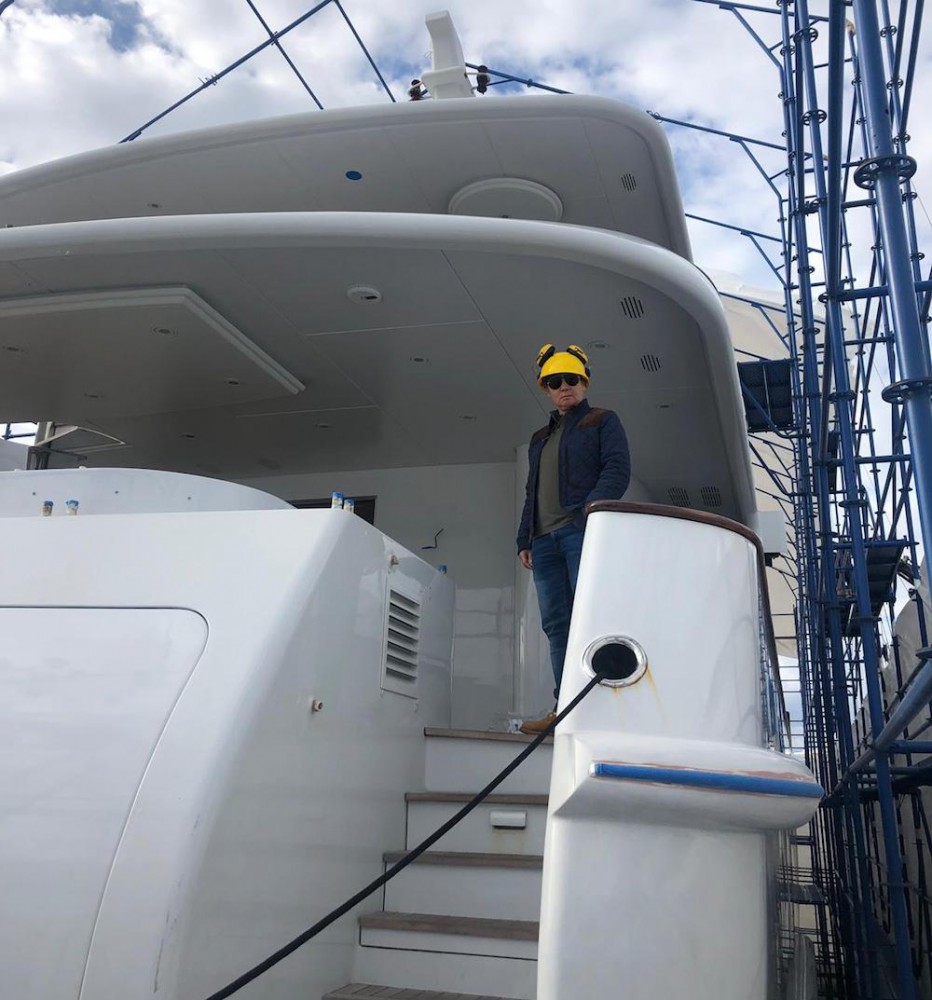 Begum’s expansion across all manner of superyacht services has led to the creation of its current motto, ‘Begum at Sea, Begum on Land and Begum in the Air’.

Doğulu concedes that the superyacht industry in Turkey still has much to improve upon. However, as well as running a successful business, she has also engaged heavily with the local industry to help promote changes that will have a tangible difference on yachting in Turkey. Most recently, in her capacity as the Chairman of the Board for the Turkish Yacht Tourism Association, of which she is a founding member, Doğulu contributed to the introduction of charter licenses for foreign-flagged charter vessels over 39m, which is expected to have a significant impact on activity in Turkey. Doğulu is quick to credit how responsive Turkey’s government have been when it comes to implementing changes.

Looking to the future, Doğulu believes that the post-pandemic environment and the new charter licenses will double the intensity of the charter and brokerage markets in Turkey, which in conjunction will require the attention of highly specialist superyacht agents and, with 25 years of experience and knowledge under its belt, Begum Yachting is well placed to cater to any market growth.

"Success is not a coincidence; it takes effort and patience. This is the secret of success,” concludes Doğulu.