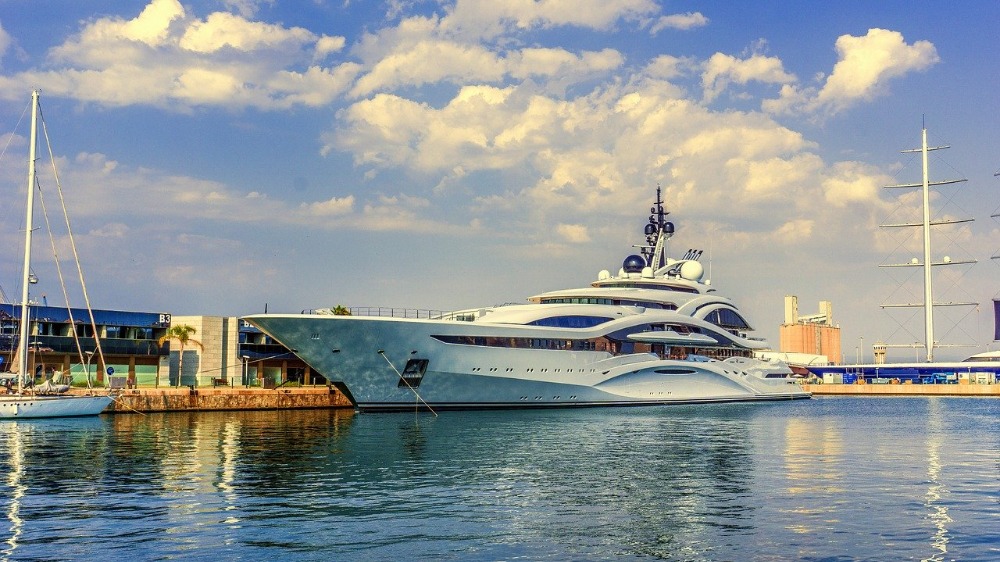 According to a new Wealth-X report, World Ultra Wealth Report 2021, the size of the global ultra-high net worth (UHNW) population rose by 1.7 per cent in 2020 to 295,450 individuals despite the disruption caused by the COVID-19 pandemic, volatile markets and the deepest contraction in world economic output for a generation. For a second consecutive year, the best performing regions were the two largest wealth hubs of North America and Asia. Elsewhere, the other five regions all posted declines in 2020.

Unsurprisingly, the world’s ultra-wealthy population boasts a disproportionally large distribution of the world’s wealth, even amongst high-net-worth (HNW) individuals. The below figure showcases the size of the various HNW ($1m-plus net worth) brackets. The largest bracket, HNW ($1-5m), accounts for 90 per cent of the HNW population with 25,814,770 individuals and $105,222bn in combined wealth. By contrast, the highest bracket, UHNW ($30m-plus), accounts for only 295,450 individuals with a combined wealth of $35,459bn. In fact, the total wealth of UHNWIs is greater than the combined total of those that fall into the VHNW bracket ($5-30m). 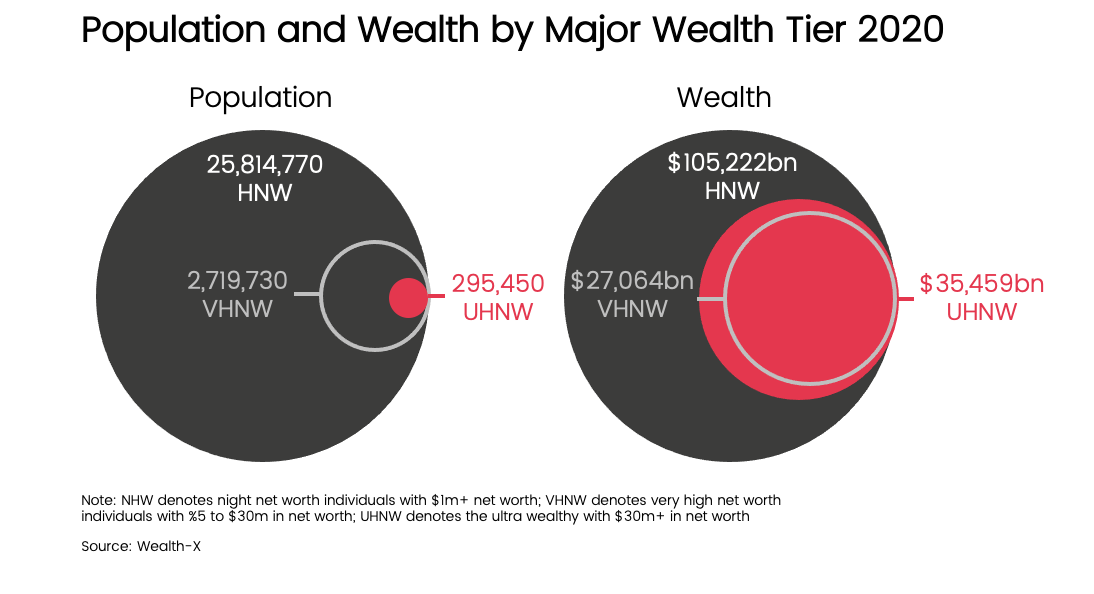 “UHNWIs represent just 1.2 per cent of the world HNW population, yet their combined net worth accounts for a weight 34 per cent,” explains the Wealth-X report. “Our records (dating back to 2004) show that the ultra-wealthy have accounted for a remarkably stable share of the global HNW population and its combined net worth over the past two decades. The share of the ultra-wealthy population has remained unchanged at 1.2%, while the proportion of total HNW wealth held by the UHNW class has varied only slightly within a 33-35% range.”

The ultra-wealthy population may have increased by 1.7 per cent globally, as well as experiencing gains in total wealth, but this overall picture masks the varied fortunes of UHNW populations in different locations.

In North America, by far the most active superyacht market, the number of UHNWIs increased by 6.9 per cent to 112,250 with a total wealth increase of 7.1 per cent $13,359bn, which bodes well for the superyacht industry. While the market would profess to be truly global, it has often been proven that North America continues to be the lifeblood of the yachting market. By contrast, Asia is widely considered to be the yachting buyer hotspot of the future, with pockets of significant activity continuing to develop, albeit at a speed that many consider to be unsatisfactory. In Asia, the number of UHNWIs grew by 5.2 per cent to 87,460 and total wealth increased by a further 5.2 per cent to $10,202bn. The rest of the world, unfortunately, did not fare quite so well. The below graph highlights the varying fortunate of UHNWIs according to their geography. That overall UHNW numbers have grown is a testament to the dominance of North America and Asia.

Throughout 2020 various market sectors have been experiencing a boom in activity. The brokerage sector recorded its strongest year in over a decade and various reports have suggested that the market’s top shipyards, across production, semi-custom and custom, are experiencing extremely strong new build sales. While there was widespread concern at the beginning of the pandemic about how these two key sectors, in particular, would perform, the strong financial performance of North America has not only stabilised the market but has helped it to grow.

Such has been the strength of the performance across these sectors, various market commentators are starting to wonder whether or not we are heading towards another yachting bubble? While no one is suggesting that the market opportunism and ability to secure lines of credit is it at the level it was before the global financial crisis, there are certain similarities between then and now. For a more in-depth exploration of this phenomenon, click here.

The future of bunkering