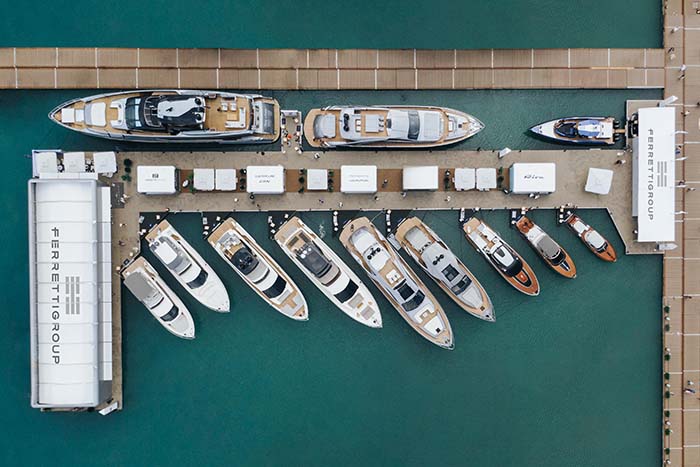 This year The Ferretti Group have taken to the Discover Boating Miami International Boat Show in order to premiere two new yachts to the American market - the Riva 68’ Diable and the Ferretti Yachts 500. The Group have also used their platform to announce numerous product and strategy novelties to the yachting world. The American market has considerable strategic importance for Ferretti Group, accounting for 35% of total Group sales, the company consider themselves as ‘unrivalled’ in their offering of tailor-made services for owners.

The company have a workforce of over 100 and a spare parts warehouse with a stable valuation of over US$1.5 million. With the Ferretti Group America headquarters in Fort Lauderdale and the recent promotion of the Lauderdale Marine Centre Service Yard (support and refit services) the Group have had plenty of ammunition to flaunt their assets and services. Furthermore, their Custom Line, which has launched 16 yachts over the last two years including five for American customers, and CRN, which has five mega yachts under construction and three launches planned for the next five months, also sold to US clients. 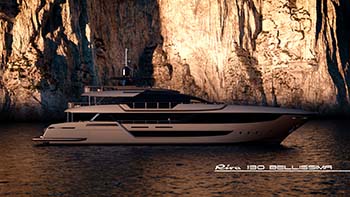 One of the most important announcements at the Ferretti Group press conference in Miami was the launch of the new Pershing GTX Series, the first model will be the Pershing GTX116. The conference also provided an opportunity to reveal the name of the new Riva flagship: 130’ Bellissima, which is under construction at the La Spezia shipyard, where production of Riva models from 76 to 130 feet is based and major refurbishment work has recently been completed to upgrade production capacity. Ferretti Group also took the chance to present the new products announced by Wally - the new arrival, wallypower58 and the first exclusive images of the new Wally101 full custom, the brand’s first sailing yacht under the ownership of Ferretti Group.

The concept of the first model in the new Pershing GTX Series and the new Riva 130’ Bellissima, which were presented in Miami, have both been sold to American owners. There was also mention of the new Wallypower58, which will join the brand’s motor yacht range, and a progress report on the Wally101 full custom sailing yacht. Moreover The Group revealed supposedly ‘ground-breaking’ anti-collision technology coming soon exclusively to Ferretti Group yachts Miami. 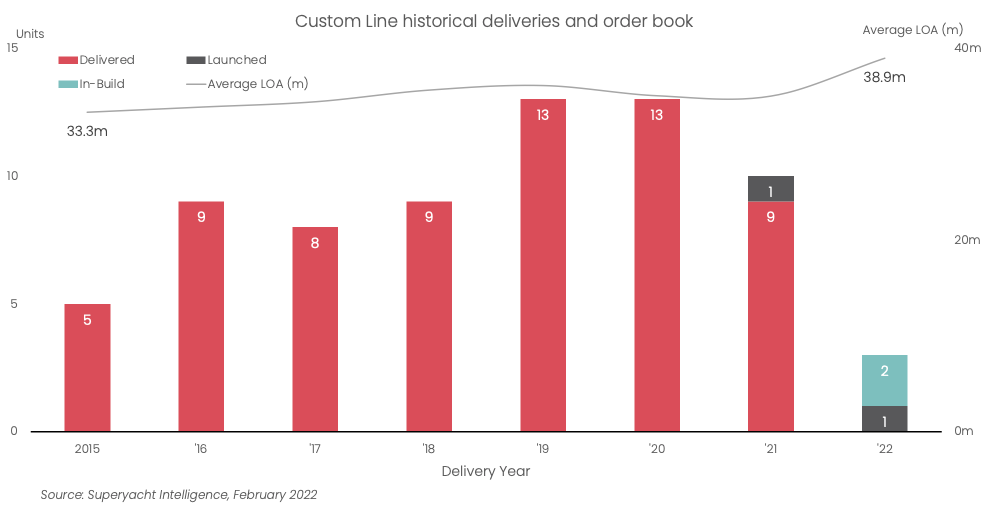 On the strategic front, the group announced the signing of an agreement with Aqua Marina Tech, the Israeli company developing innovative solutions for saving lives at sea based on cutting-edge technology. On an exclusive basis, Ferretti Group will introduce the patented “Watchit” system, which uses innovative anti-collision technology to prevent accidents at sea, and so, providing its fleet with new safety standards. The numerous novelties announced in Miami further testify to the group’s ongoing diversification and renewal of their offering - the widest on the market at global level, now totalling 46 models of which 28 have been launched in the last three years.

Fire breaks out at Ferretti shipyard