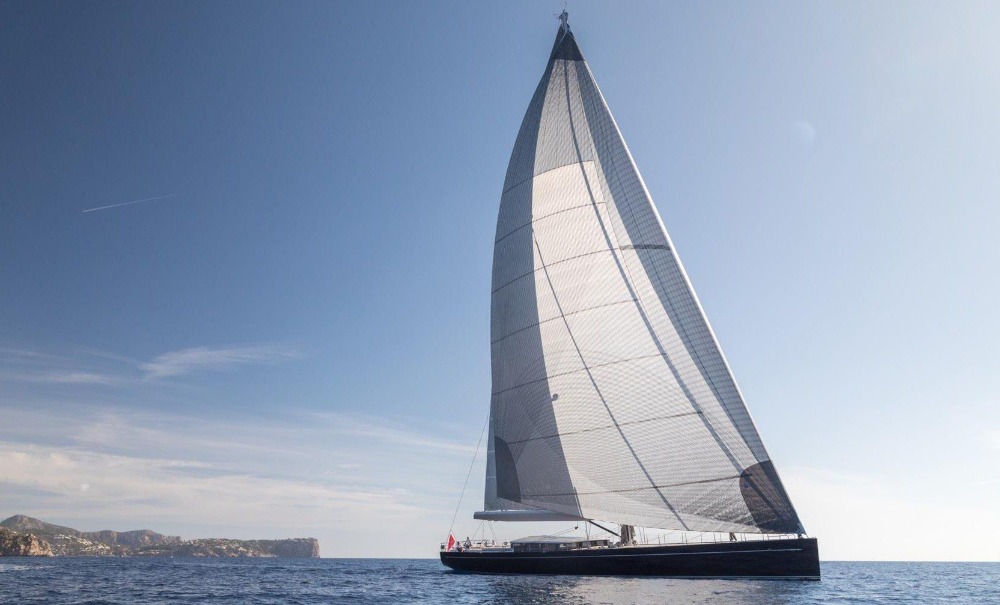 Structured Luff technology is a new sail-making approach developed by Doyle Sails for the grand prix and superyacht markets. The technology essentially changes the manner in which load in the luff of a sail is distributed and, by reducing luff sag, it allows the sail to achieve more driving force.

“This technology came out of the free flying code sails we were building a few years ago, where we took the cable away and put a band of carbon up the front of the sail instead,” explains Matt Bridge, superyacht sail co-ordinator at Doyle Sails. “As part of that, and to distribute some of the straight-line load, we put a lens structure in behind and into the sail. These are continuous fibres that run from the head to the tack in the front of the sail that give us the possibility to shape the front of the sail and distribute what used to be a straight-line load back into the sail. Now we've taken that thinking from the Cable-less Code sails and applied it to our upwind designs.”

In some applications of the technology, loads are being reduced by up to 50 per cent. “Reducing luff sag is one of the biggest factors in allowing our sails to achieve more driving force,” explains Emma Hendy, COO of Doyle Sails. “On some of the bigger boats we’re seeing a reduction in sag at the middle of the forestay of up to a metre, which in turn means that the sail can be projecting a metre further to windward.”

While this means that there are obvious benefits relating to performance for racing superyachts, there are also advantages from a cruising standpoint. “The reliability of the furl, the reduction in weight and the fact that these new sails are easier to store are all important factors in this area,” adds Hendy.

Structured Luff technology has been featured on 39m sailing yacht G2. Built by Vitters in 2009 and re-fitted by Pendennis in 2018, her Structured Luff sail carries greater luff projection, making the sail more efficient without increasing loads. In fact, there has been a significant load reduction. G2 also benefits from the increase in the range of conditions that the sail can be used.

“The owner of G2 is very keen on sailing the boat and so the sail handling was a priority for the crew,” says Hendy. “With the new technology, they are not only able to use the sail in a much wider range of wind angles and speeds, but the sail furls reliably and is much easier to handle on deck. It’s also that much easier to get in and out of the sail locker and is used a great deal more as a result. In fact, they use this sail so much now that they have had a UV strip fitted so that they can leave it hoisted for longer periods and it has become their cruising sail of choice.”