Why has tow protection for tenders had a slow uptake given the frequency of losses and its low implementation cost? 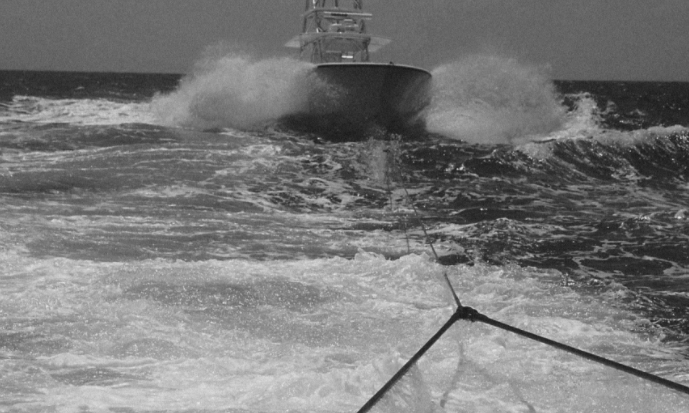 Recent trends in tender losses and claims have forced leading insurers to increase tow restrictions and deductibles for superyachts and their captains. From the superyachts’ perspective, in addition to the financial cost, tender losses severely impact the operation of the vessel and the ability of owners, guests and crew to make use of the tender. Add to that the general trend for tenders increasing in size and, therefore, the likelihood of towing growing, it is clear that the issue of tender losses needs to be addressed and through advanced tow protection the leading insurers believe they have found an acceptable technological solution. However, with many policies having been written to include tow protection, the number of systems sold to vessels just doesn't add up.

Two central perspectives must be considered when considering the issue of tender losses and tow protection – those of the insurer and the owner. From the insurer's perspective, the numbers simply do not add up. If one were to take a superyacht worth €20m, the typical insurance premium, which would include tenders, albeit with some limitations, would be around €90,000. The tenders onboard, however, could vary in cost from €250,000 to multiples of millions. A single tender loss is of a significantly higher value than the insurance premium for the whole vessel. This is not necessarily such an issue on the largest superyachts because the tenders can be stowed safely on board, but where tenders are regularly left out behind or towed, this represents a significant problem for superyacht insurers.

A cynic might read the above justification and think “so what, it sounds like the owner is getting a great deal”. While the owner is undeniably getting fantastic bang for their buck, it is also widely accepted that tenders and chase boats play a significant role in the overall superyacht experience. Most captains and crew will be able to tell you that, in the event of an owner or guests arriving onboard, a missing tender never goes down well. So why not do everything reasonably within one’s power to avoid this, especially if the solution is, relatively speaking, an inexpensive one?

The TowPro advanced tow protection, for instance, is in the range of around €5,000-6,000, which pales in comparison to the cost of a new tender, especially if it has been lost in circumstances where the insurers will be unwilling to payout. It should be noted that there are other tow protection systems, but, at least from the perspective of the insurers, none of them are as far-reaching or as effective as the solution presented by TowPro.

Until now, tow protection has almost entirely focussed on finding a drifting tender once it has already become separated from the mothership and whilst insurers have commonly required captains to install a satellite tracker on the tender, trackers designed for different purposes, they use GPS to find the tender’s position. AIS devices broadcast to nearby vessels on VHF to appear on bridge chart plotters and ECDIS to aim immediate recovery and to warn ships in the vicinity. Iridium devices send via satellite to tracking websites to despatch a recovery vessel at a later date. Even so, these technologies are only effective once the loss of the tender has occurred and, therefore, achieve very little in preventing losses, save for the instances when the tender can be quickly found without having already sustained significant damage.

Perhaps the most important element of the advanced tow protection that insurers are now indorsing is its ability to prevent losses rather than simply responding to them. In order to do so, the system streams key safety data directly to the bridge in order for the captain to be continuously aware of the situation, any issues that are developing and the causes. Consultation with captains, insurers, yard and the Wolfson Unit of Maritime Technology in the UK identified three groups of essential information required by the captain to manage risk effectively.

Firstly, TowPro monitors the vital signs of key systems, bilge water levels (including any separate engine bilge), duty cycle of automatic bilge pumps and battery life. Secondly, the system measures tender instability, in other words, the surging and yawing of the tender are measured at all times. Lastly, tender motion is measured, pitching, rolling, bow trim and angle of list are all monitored. By being aware of all these key data sets captains and crew are more able to take appropriate preventative action. Furthermore, it is this style of monitoring that has made the insurers willing to allow tender towing at night, where otherwise a set of eyes simply would not have sufficed.

If, however, immediate action was not sufficient to stop the tender drifting away, the advanced tow system will have automatically activated the AIS broadcast function and Iridium reports, as well as activating the COLREG ‘Not under command’ lights.

Taking all this into consideration then, it seems odd that captains, managers and owners are happily renewing premiums that include policy improvements, such as night towing, increased range and improved deductibles, under the proviso that they use tow protection, but are not actually implementing it. There will, of course, be some superyachts and users for whom tow protection simply isn’t necessary, but given the number of losses and the growing size and cost of tenders, the addition of this relatively inexpensive system seems like a no brainer. It seems, at least on the surface, that a number of vessels are being operated under the assumption that such an incident simply wont happen, rather than ensuring it doesn't.