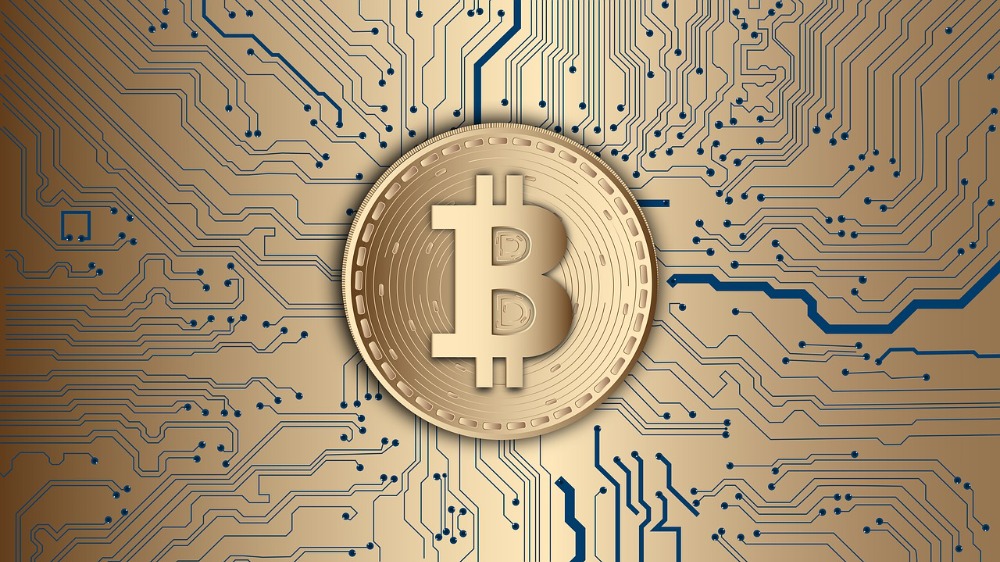 The decentralised world of finance is here to stay and cryptocurrency transactions are becoming more and more frequent. Even the superyacht industry, one that has traditionally been called conservative, has grasped the trend with both hands. Here we explore a further crypto development and consider the impact of tokenisation and smart contracts on the superyacht industry.

“At Quantum we use blockchain technology to tokenise a traditional asset class (superyachts) in order to make the asset liquid,” starts Nick James, CEO of Quantum Luxury Yacht Ownership.

According to Hedera: asset tokenisation is the process by which an issuer creates digital tokens on a distributed ledger or blockchain, which represent either digital or physical assets. Blockchain guarantees that once you buy tokens representing an asset, no single authority can erase or change your ownership – your ownership of that asset remains entirely immutable. Click here for more information.

“Blockchain and smart contract technology is the way the world is starting to shift for the physical or virtual ownership of assets, and that is where tokenisation comes in. In the case of a superyacht, the yacht is held in a company and, similar to traditional shares, those shares are digitalised on the blockchain in the form of a token. These tokens can be multiple and enable co-ownership of a vessel, or they could be singular, like an NFT, for private ownership,” continues James.

So far as the asset becoming ‘liquid’, James explains that the tokenised blockchain method allows the owner to sell their tokens (shares) more quickly and with less red tape than if they were following the traditional fiat methods. “It cuts out a lot of the middlemen in terms of documentation and so forth,” says James. A token, in essence, is a store of value, a digital share that can be traded.

In order to handle such transactions, James has created what Quantum calls a ‘crypto yacht exchange’, a multi-currency yacht exchange platform that allows owners and shipyards to tokenise a superyacht for either sole or co-ownership. The tokens are held together in a smart contract.

IBM explains that: Smart contracts are simply programs stored on a blockchain that run when predetermined conditions are met. They typically are used to automate the execution of an agreement so that all participants can be immediately certain of the outcome, with any intermediary’s involvement or time loss. Click here for more information.

“Smart contracts are a form of digital contract that are governed by a set of rules,” explains James. “Once a deposit, payment or other process is triggered in that contract it becomes a very secure and transparent form of transaction. There are no grey lines and it is incredibly open. We will see a lot of smart contracts coming into the market, whether it be in finance, decentralised finance, high-value asset transactions or otherwise.”

So to recap. Tokenising on a blockchain allows the owner to have liquidity and through an exchange platform owners and buyers can buy and sell tokens with minimal red tape or restrictions required. However, if an owner tokenises their superyacht and decides to sell 50 per cent of their tokens, creating liquidity and a co-ownership model, all the traditional arguments about co-ownership models become valid. How do you agree on usage periods? How do you make the vessel sufficiently personal when you are on board? So on and so forth. These questions have been discussed for many years and the solutions can be found elsewhere. 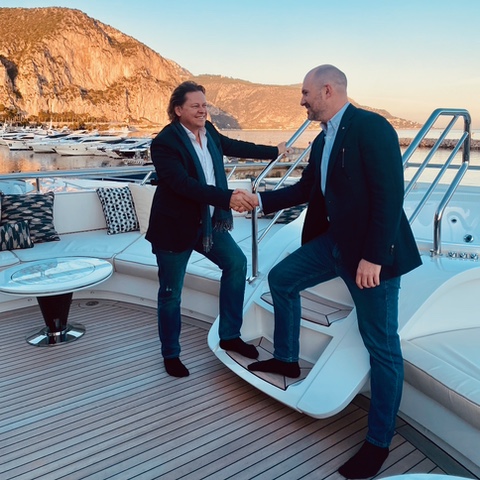 “In terms of working with the buyers, it would be like any other traditional transfer of ownership. This is not an open market public exchange, buyers would have to go through a vetting process. But, the process actually works in both directions because stored within the digital token will be the superyachts full-service history, as well as location data and so on. In that sense the system is able to generate greater certainty,” continues James.

“We saw a $40million yacht sell recently with bitcoin. The crypto market has increased by 30 per cent in the last two years and between 2018 to 2021 we have seen a 190 per cent increase in crypto wallets and users. There are now 300 million users around the world holding cryptocurrency. The market cap between crypto and NFTs is around $3trillion, gold, by comparison, is between $9-11trillion,” says James. “We expect the market cap for crypto and NFTs to grow 10 fold by 2028. Crypto and NFTs have generated a lot of wealth and there are lots of people out there that are looking to crystallise their wealth or realise the value of it through physical assets. Until now there have been barriers between digital and physical assets, but these barriers are falling. There is huge market growth and that is where Quantum and the yacht exchange comes in. We are the conduit between shipyards, dealers and crypto-rich buyers. A lot of the shipyards are becoming very crypto-savvy and they also want to get into the sharing economy.”

According to James, Quantum has completed 14 superyacht transactions with a range of value between €5-12million, all of which have been second-hand transactions. However, it is new build transactions where Quantum is currently focussing its energies. Indeed, Dynamiq recently announced a strategic partnership with Quantum to start accepting cryptocurrencies as modes of payment for its whole range of yachts, with options to tokenise. It should further be noted that Quantum is now also leasing its platform to shipyards for them to complete the transaction directly.

At this time it hardly seems possible to write about cryptocurrencies without also making at least a passing reference to NFTs, and this article is no different. James explains that the current NFT market is sitting at around $41billion and that it is expected to almost double to £80billion by 2025.

“NFTs started in the digital art world, but now we are seeing them move into physical assets. By way of example, if a single owner were to tokenise his superyacht, that token could be an NFT. The ownership of the NFT is the ownership of the asset itself,” says James. “In this sense, an NFT is basically a digital receipt, a proof of ownership and our platform supports the digitisation of physical assets into NFTs.”

There can be absolutely no denying that the idea of tokenising an asset or owning a superyacht through an NFT will not appeal to every superyacht owner. Nor indeed is it likely that every shipyard will be willing to engage in a crypto yacht exchange in the immediate future. Nevertheless, the technology is there and invariably what buyers want the superyacht industry will seek to provide and it seems likely that these kinds of transactions are only going to become more frequent.

A bite-sized guide to the ‘perfect’ charter yacht

Boat Shows: Too many? Too few? Or just right?

Planning for the future

Limassol Marina: A hotspot for crew