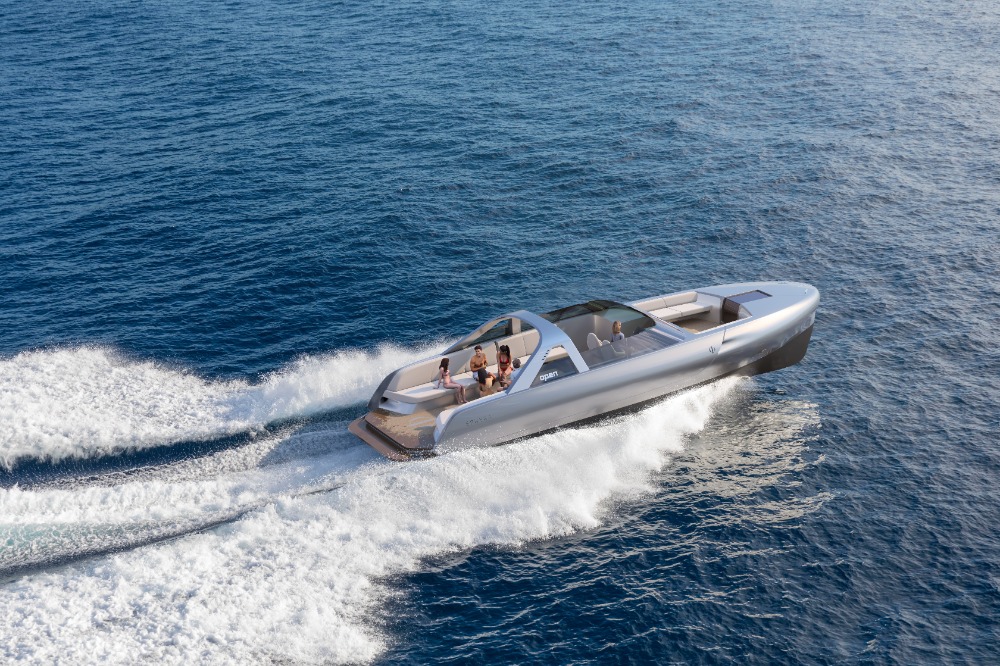 Last year the world’s first electro-hydrogen-powered pleasure craft, aptly named The New Era, was designed and launched by Captain Chloé Zaied. In a groundbreaking demonstration of the use of hydrogen, Zaied drove the vessel from Marseilles to Monaco with 8 stopovers in between. However, the craft ran into the central issue for which hydrogen has not taken over as the primary source of propulsion: how to easily fill up in ports or marinas.

Ephyra, a company based on the shores of Lake Geneva, was therefore launched at the beginning of summer 2022. Ephyra has created a fleet of hydrogen-powered boats. Ephyra’s solution to the issue of hydrogen refuelling was officially launched at the Yacht Club de Monaco and was selected to integrate the brand new “Sustainability Hub” of MYS2022. The solution comprises the first sustainable nautical ecosystem, featuring zero-emission boats and hydrogen refuelling stations. Ephyra is owned by its management team, which Zaied is part of alongside Laurent Perignon, Advisor to the Board, who SuperyachtNews interviewed.

Perignon discussed that Ephyra's mission is to go where others have not due to the lack of infrastructure for refuelling hydrogen-powered vessels: “It is a bit like Tesla. When they started making their electric cars they realised that there were no superchargers. It was complicated and so they decided to develop their own solution, installing the infrastructure, the network of superchargers so that they could then provide the electricity quickly to recharge the batteries and therefore basically sell cars.”

Perignon explains that as a company they were tackling the situation in a similar way to Tesla. They needed to provide clients with a solution so they may buy Ephyra’s boats. They decided to seek the solution by producing their own hydrogen via electrolysis of seawater and finding a clever way to distribute it to do the refuelling.

Bringing the compression of the hydrogen high enough for use on boats was paramount, however, working around the strict regulations for high-pressure compressed gas was a challenge. Perignon specifies Italy and France as countries where regulations around storage of compressed gas is especially strict; and the size of the marina often limits the space available to install the relevant infrastructure.

Perignon explains that the technology is already in use in the automotive world: “Now you've got cars with 700 bar tanks. Buses use 350 bars and they refuel on land”. He explains that they simply had to adapt what was already in operation to the needs of the nautical world. When analysing attitudes to hydrogen powered boats, Perignon points out that it is often a chicken and egg puzzle.

When speaking to operators of service stations, many of whom are shifting to alternative energy solutions, about the implementation of hydrogen power in the maritime industry, they reply that there is not currently enough users to make the venture worth it. The standard answer is generally that “until and unless there's enough demand, then we're not going to invest into providing the offer.”

There is also the issue of money: “Hydrogen's still not really that mass market yet. So it remains very expensive. The key thing for us was to know that you actually add value to the needs of the nautical world.” Despite the challenges, Perignon is confident about hydrogen’s adoption into yachting. He compares it to the introduction of diesel engines: “When the first cars came out, there were not that many of them because only people who could buy them would invest into buying a car. 150 years later, the process is exactly the same, except that there's a different approach, different technology.”

According to Perignon, Ephyra have been approached by a superyacht about the possibility to implement Ephyra’s technology to set up a station One onboard. Perignon explains that the company refers to the station as “the One” because it is designed to produce and distribute hydrogen for one boat. “We have had a request about the possibility to actually implement the One station into a superyacht in order to produce and refuel an Ephyra limousine tender.” Perignon says. Although Ephyra does not deal in it, Perignon says storing hydrogen on yachts to power large yachts is feasible.

Looking to the future, Perignon predicts that “it is probably going to take another few years until we start seeing the use of hydrogen in a more widespread way in yachts, because of infrastructure challenges. But you can see that there are some very positive initiatives in a number of countries. Spain is moving fast on the topic. There is a station that is being implemented in Mallorca. There is one in Venice now that is going to be operational. So being able to refuel will happen. Therefore, once you are able to refuel whether you've got a big yacht, small yacht, medium sized yacht, then you'll be able to come to a marina and enjoy the many benefits of sailing a hydrogen-powered boat, especially its extended range when comparing with 100% electric boats.”

Ephyra have brought out a film explaining their venture:

Developing trust and value beyond a word