SuperyachtNews.com - Technology - Creating the technology centre on board 'Najiba’

Creating the technology centre on board ‘Najiba’ 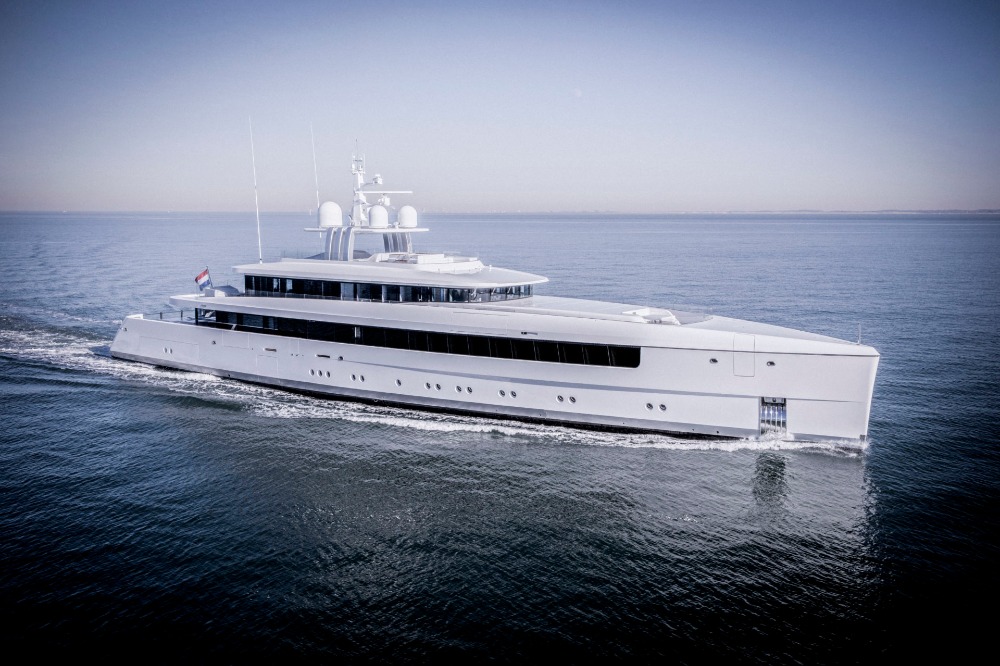 For Yacht Intelligence, installing the AV/IT system on board 58m Feadship Najiba was an engineering feat – with so much technology to install on a relatively low-profile yacht, there were certain restrictions on the space available. As such, a standalone technology centre was built in underneath the yacht's crew mess area with an impressive 13 racks.

“Because the interior on board Najiba is so special and custom, we didn’t have anywhere in the rooms to put any technology other than the speakers and the TVs, so everything had to be homed centrally and hidden somewhere,” explains Alan Bernardi, director of Yacht Intelligence. “So, we had to consolidate and get box clever about how we engineered all the racks and cabling. We were worried about it at the beginning, because the space in the tech centre was so tight, but it actually turned out to be a really cool space that is out of everybody’s way.”

In order to prepare for the installation, the Yacht Intelligence team designed the whole room in 3D first, and then worked in close partnership with the shipyard and MCM's Peter Wilson, project manager, to ensure the optimal setup. “It is because Feadship made such an effort on the engineering side that the project turned out so well,” adds Bernardi. “Normally shipyards think that AV/IT takes up too much valuable real estate and they try to squeeze us in under beds and chairs and in cupboards. But Feadship made a real effort to get the tech centre designed and engineered properly.” 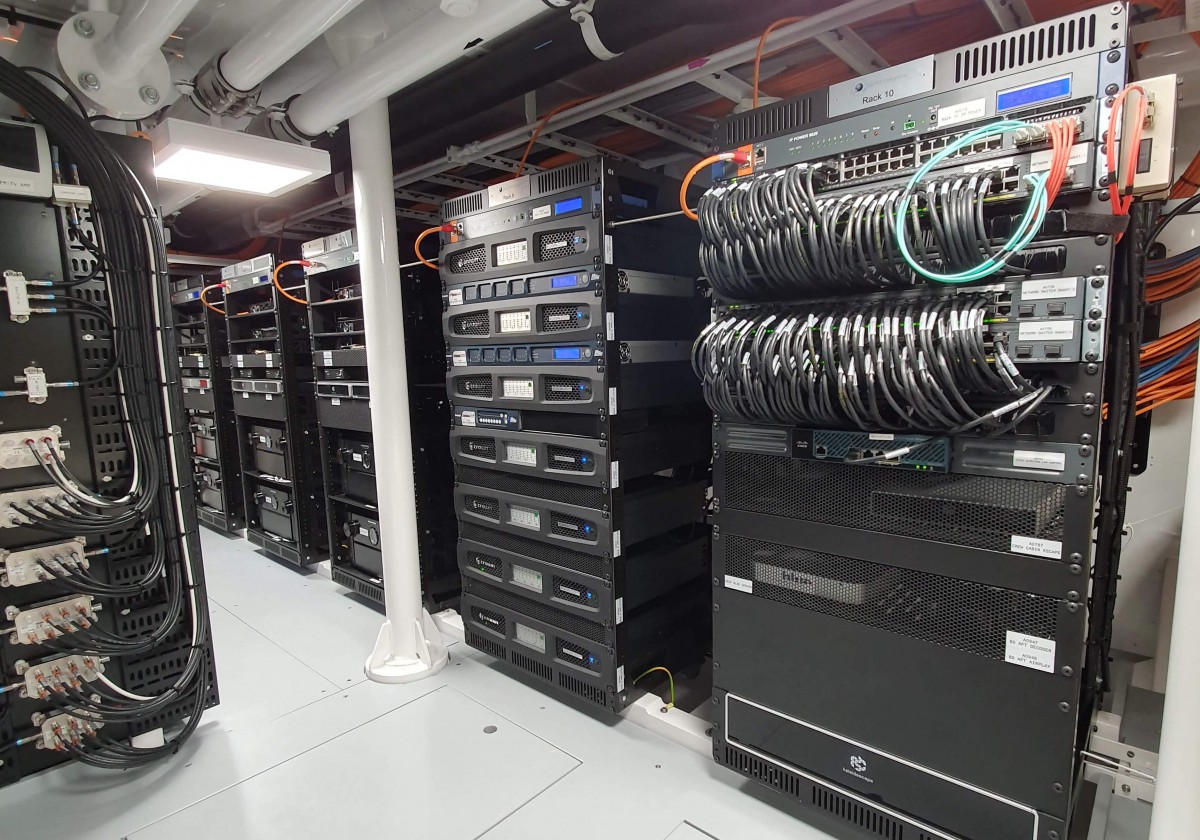 The technology centre on board Najiba, image courtesy of Yacht Intelligence

On board, Yacht Intelligence used Crestron’s latest NVX system, which allows the distribution 4K/UHD video around the yacht using a fibre backbone. “The Crestron NVX system tied nicely together with the Crestron control system,” says Bernardi. “When designing an AV system from the ground up, we try to ensure that we specify products that work seamlessly together and, in some cases, the manufacturers have a range of products that make life easier for us all.”

The audio distribution on board is based on BSS Audio, which allows the distribution of audio via a network-based system. “We tried to keep it in the family during the design phase so we are using another Harman brand for the audio amplification,” Bernardi continues. “The Crown amplifiers allowed us to tie them into the Dante network and, in theory, we can have every speaker on board play a different sound. The flexibility is amazing and allows for a future-proofed system.”

“Normally shipyards think that AV/IT takes up too much valuable real estate and they try to squeeze us in under beds and chairs and in cupboards. But Feadship made a real effort to get the tech centre designed and engineered properly...”

In addition, the IT network on board is all based on Cisco Systems equipment, which allows for a reliant and resilient network. Najiba was also the first project on which Yacht Intelligence installed the latest Kaleidescape 4K Video Server, which enables true 4K/UHD content for the guests.

Another challenge for Yacht Intelligence was that, on board Najiba, some rooms had to be designed for multiple purposes, and the way this affected the technology installed in these rooms was significant. “A room could be a cabin one day and a cinema the next,” says Bernardi. “When the room is brought to life, the user tells the technology what function of the room is required so that the sound comes out of the appropriate speakers and the appropriate TV comes into play.”

As a result of the meticulous preparation and collaboration between Feadship and Yacht Intelligence, Najiba’s standalone technology centre has come into its own. “As much as we had concerns in terms of the height restriction and accessibility, as a space it has been very successful,” concludes Bernardi. “A lot of the lessons we learned about restricted spaces and equipment during the project are now being applied to a refit project we are doing that also has space restrictions.”

Cyber security in the superyacht industry