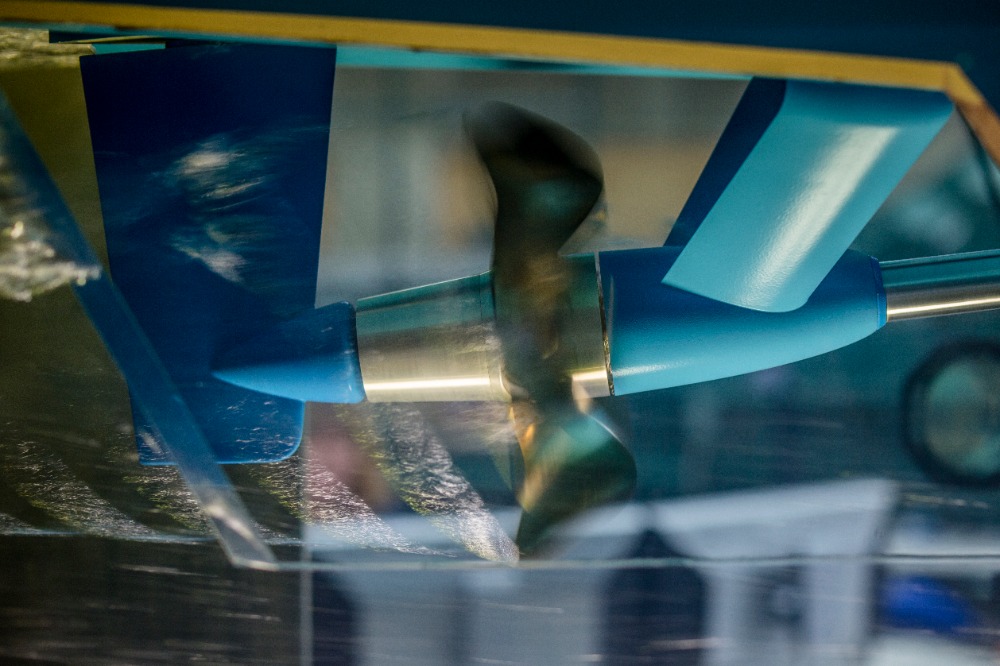 Once delivered, the 80m Heesen project Cosmos will be capable of reaching close to 30 knots and have an efficient cruising speed in excess of 20 knots. In terms of hydrodynamic efficiency, project Cosmos promises to be among the most advanced superyachts ever built, with a refined low-drag hull shape and an innovative propulsion system.

With four engines, two shafts, a half-load displacement of 1,100 tonnes and a required speed of 29 knots, project Cosmos presents a uniquely demanding set of parameters, and minimising appendage drag was not the only challenge for the design and build team. “The propellers will be under very high load at maximum speed,” explains Heesen naval architect Sjoerd van Herk. “And high loading can mean cavitation.”

Cavitation describes when vapour bubbles form in the flow of water around and behind a vessel’s propeller. It is particularly challenging at high speed, and as well as affecting performance it can also have severe impacts on noise and vibration – a critical consideration for any superyacht project, especially for one designed to achieve close to 30 knots.

Therefore, the propeller design on project Cosmos had to be fine-tuned not only to ensure the speed and efficiency requirements are met, but also that any potential problems with cavitation can be eliminated. As such, Heesen approached Norwegian propulsion specialist Kongsberg for its expertise in propeller design. The company also has an innovative approach to rudders, with its integrated propulsion system Promas having been in development since 2004. “The benefit comes from designing the rudder and propeller to suit each other,” says Carola Andersson of Kongsberg. 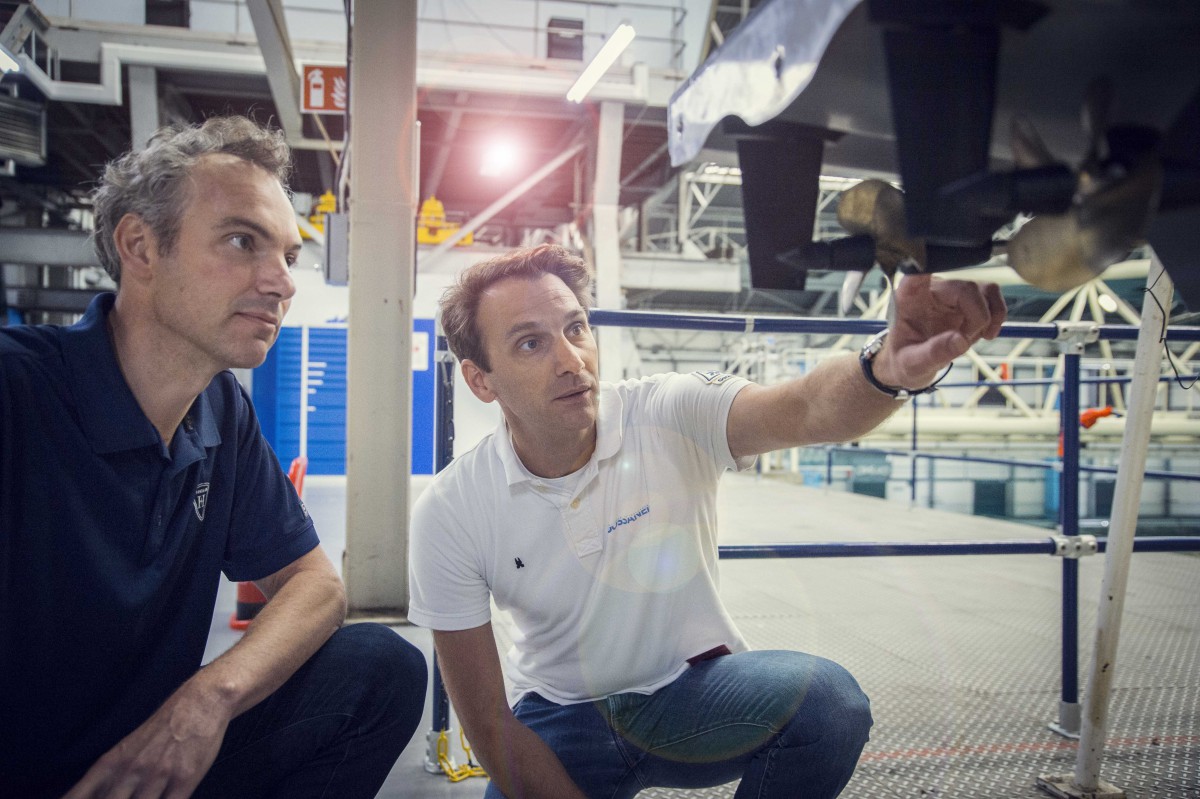 Kongsberg’s Promas propulsion system features a special hubcap fitted to the propeller, which streamlines the flow onto a bulb that is added to the rudder, effectively reducing flow separation immediately after the propeller. The result is an increase in propeller thrust as previously wasted energy is recovered from the flow. The addition of the bulb on the rudder also streamlines the flow aft of the rudder, further reducing drag. A twisted rudder provides further improvements in efficiency and manoeuvrability.

Each Promas propulsion system is tailored to its particular hull. Heesen shared data with Kongsberg about resistance, tank test results, and information about waterflow around the hull from van Oossanen’s CFD simulations. “There was a strong collaboration between the three of us,” adds van Herk.

Promas essentially transforms an element of propeller design that has long been regarded as a passive participant in ship operation into an active contributor to a vessel’s hydrodynamic efficiency – even in a vessel as optimised for low drag as Cosmos. “The rudder alone will account for an extra half knot at top speed,” concludes van Herk.

Heesen recently announced that the hull and superstructure of project Cosmos are now joined together – the project’s sleek profile, penned by renowned British studio Winch Design, can at last be admired for the first time. The yacht will now undergo the outfitting process in the run up to its launch in 2021.

The importance of innovation