SuperyachtNews.com - Owner - Why every superyacht should have a dedicated wildlife observer

Why every superyacht should have a dedicated wildlife observer 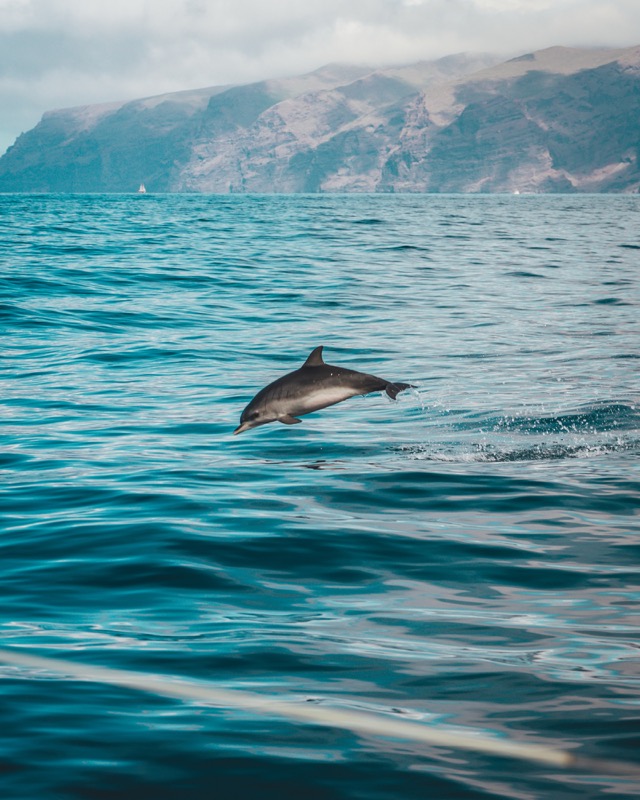 When I look back at my time working on yachts, I can’t help but remember all the time I spent cleaning things that were already clean. It led to me wondering how much time on board is spent doing something valuable, and how time spent on tasks that aren’t particularly impactful or significant can be optimised. I wondered if something like a sub-role for a junior-deckhand or stewardess could allow crew members to pursue a personal and professional interest, while also making a positive global impact through their superyacht career.

Everyone is familiar with the saying ‘a picture paints a thousand words’, and in today’s age where everyone with a smartphone can be a photographer or a journalist, it’s no surprise communication between most communities is becoming more and more visual. When National Geographic first decided to include photography in their magazine it ruffled some feathers within the company and caused some employees to resign. Now, the National Geographic Society are helping to spearhead an initiative of building a community of ‘citizen scientists’ who can, at the very least, upload holiday photos of the time they spend with wildlife.

Apps such as Wild Me and iNaturalist are leading the way in generating awareness and engagement for citizens who are interested in the environment. A simple photo of an animal in its natural habitat, can not only be used to map and share biodiversity around the globe, but also to identify and protect individual endangered species.

iNaturalist, an app run by the California Academy of Sciences and the National Geographic Society, connects your wildlife photos with scientific data repositories and allows for crowdsourcing identifications, from the smallest butterflies to the largest whales. It also allows you to track your encounters and set up your own projects and missions for species that interest you. Wild Me is an app that has taken things even further by using A.I to automate individual identification to track progress and help the conservation of the most endangered animals.

The need for the superyacht industry to take an active role in conserving the oceans is something that Water Revolution Foundation has been promoting with particular urgency in recent weeks. The launch of their first endorsed marine conservation programme at the beginning of June brought about a superyacht community crowdfunding campaign to help identify marine mammal habitats in the North Atlantic. The Water Revolution Foundation has been an active voice in encouraging yacht crew to get involved in ocean conservation through citizen science.

By no means is citizen science merely a trending or novel initiative, for decades now bird watchers and safari conductors have been contributing to national and global databases in a bid to – excuse the pun - kill two birds with one stone. It seems to be the perfect initiative for the 5,500 + superyachts currently sailing around the world. When considering all the potentially useful photos taken by crew that have been used for family group chats, Instagram stories and Tinder profiles.

With the rise of explorer superyachts, and owners and charterers able to visit exotic and faraway destinations more frequently, something like this would be the exact kind of gesture, if widely adopted, that could add ethical value to the superyacht experience. In the broader context, it may feel akin to carrying a bag for life while the government drop atomic bombs in the ocean, but if the tens of thousands of crew members spread all around the world can make this small contribution, it could create a significant impact to the world of marine science.

Is there a possibility that crew employment in the future will have to take into consideration the idea of sub-roles that don’t directly benefit the yacht, but rather benefit a more global issue? And, even if superyacht crew are too busy, or aren’t able to delegate a specific role to help the environment, could this be something suggested to animal and ocean loving guests and owners?