A superyacht community crowdfunding campaign to protect the oceans… 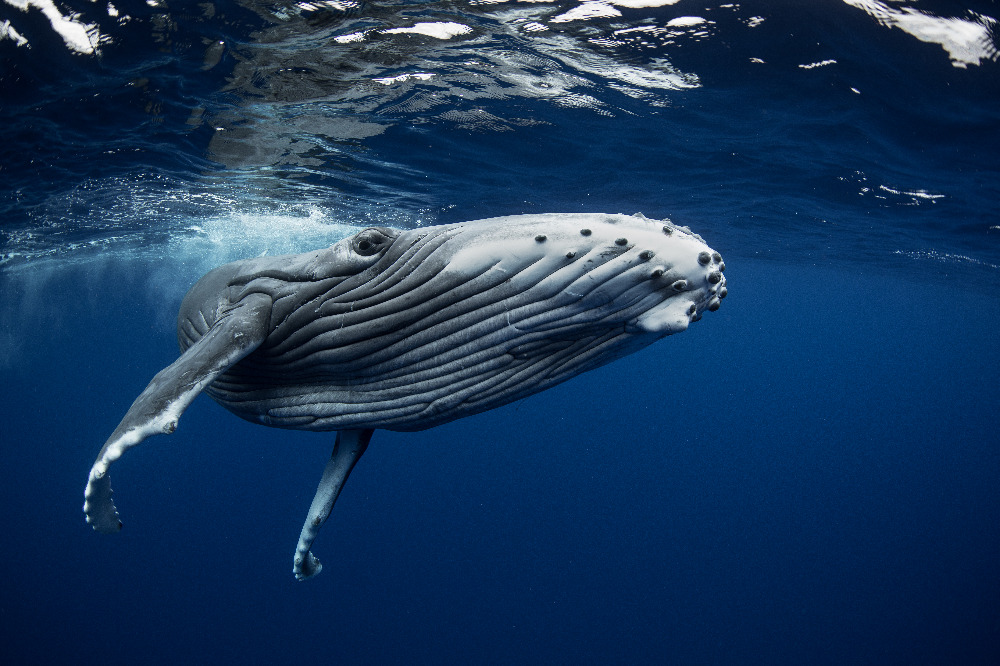 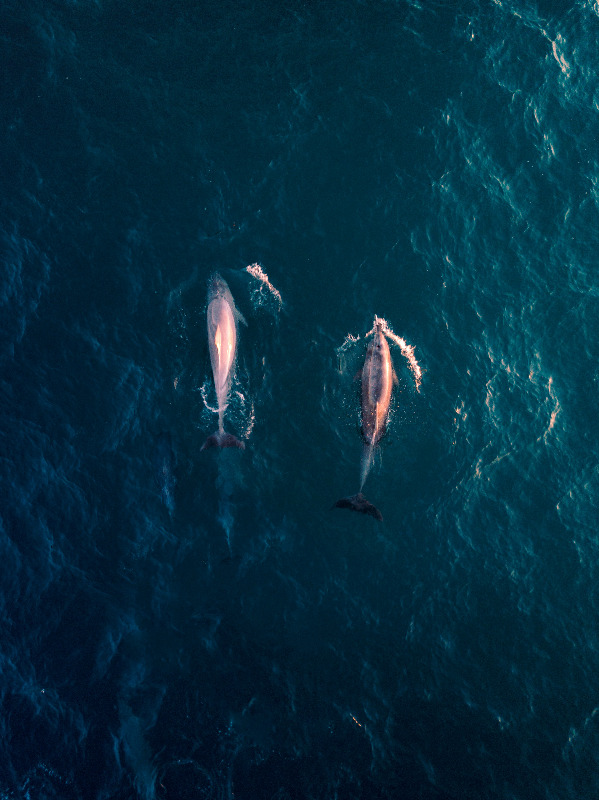 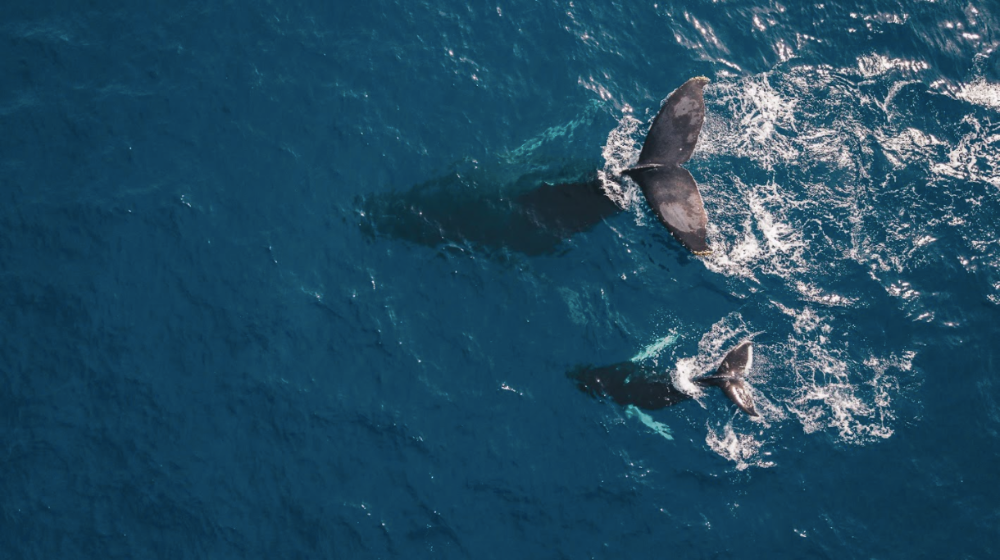 The conservation of the marine ecosystem, and the role the superyacht community plays in its protection, has been given a substantial boost this World Ocean Day, with the announcement of the Water Revolution Foundation's first endorsed Marine conservation project: the Important Marine Mammal Areas (IMMA) programme.

The importance of marine mammals in the health of marine ecosystems is hard to overstate, and their influence on phytoplankton, and in turn the ability of the ocean to store carbon, is fundamental to mitigating the effects of climate change. The IMMA programme aims to identify the marine mammal habitats that must be prioritised for conservation, with Water Revolution Foundation taking on a guiding role, connecting the superyacht industry with the scientific community.

“The objective of the IMMA programme is to map the world ocean and identify the most important habitats for whales, dolphins and other marine mammals,” said Giuseppe Notarbartolo di Sciara, co-chair of the IUCN Task Force on Marine Mammal Protected Areas. “If we don’t know the most important places where whales, dolphins, seals, manatees live in the ocean, we can’t protect them.” Since marine mammals, particularly whales, play a key role in the health of the ocean and the planet, protecting them is of vital importance.

The ability of large marine mammals to fertilise and circulate nutrients in the ocean is fundamental to the marine ecosystem system. Many marine mammals are keystone species, as they facilitate the flourishing of myriad others species. The way large marine mammals circulate nutrients, known as the 'whale pump', creates healthy habitats for phytoplankton, microscopic organisms that generate as much oxygen and absorb as much carbon dioxide as all of the worlds forests and grasslands combined. Many whales themselves act as a carbon sink when they die and sink, and these ‘whale falls’, in turn, provide another self-sustaining ecosystem on the seafloor.

SuperyachtNews spoke with Robert van Tol ahead of the launch to discuss the project, and how the superyacht industry can take an active role in the future of the ocean. “We need to raise awareness about the function and importance of oceans for life on the planet and as carbon sinks. There is a perception that planting trees, especially as a way of compensating or offsetting, is a solution, but the oceans are more effective and more relevant to the yachting sector."

Alongside providing the superyacht industry with the tools and knowledge to reduce its footprint, Water Revolution Foundation recognises that, for a sustainable future, the industry must also directly invest in conservation efforts. “The superyacht industry is intrinsically connected to the ocean,” explained Robert van Tol, executive director of Water Revolution Foundation. “It is therefore only logical that we invest in the health of this crucial natural resource. We need to go beyond only reducing our impact. Only then can the superyacht industry succeed in becoming sustainable. We are pleased to see an increasing commitment throughout the yachting community to support the protection of the ocean. Yet, this comes with questions, namely, what are the most effective and impactful projects to support?”

The continued mission of Water Revolution Foundation is to identify and support truly impactful and innovative marine conservation projects. In the coming year, the foundation will develop a formal ocean conservation programme. “This programme will deliver a new path to nurturing both ocean and human vitality through transformative marine ecosystem conservation projects at scale,” said Vienna Eleuteri, initiator and vice-chair of Water Revolution Foundation. “By doing so, we are connecting an entire business sector to the scientific community and the United Nations 2030 Agenda for Sustainable Development.”

Water Revolution Foundation’s support of the IMMA programme demonstrates to the entire superyacht sector how serious investment in marine conservation is good business practice. The project was a logical choice. “We considered the transformative capacity of the project on a large scale, its multiplier effect and its large-scale impacts based on scientific indicators. We also looked at the support the project already had from government agencies, international agreements, NGOs, and leading scientists. The IMMA programme ticked all the boxes,” said Eleuteri.

With 159 IMMAs already established across the Southern Hemisphere, the IUCN Task Force on Marine Mammal Protected Areas is now looking to the Northern Hemisphere. Water Revolution Foundation is raising funds for the North Atlantic Ocean to be mapped. “This is a popular route for superyachts crossing between the Mediterranean and Caribbean so we, as a community, have a strong connection to this region,” said van Tol. The cost of identifying IMMAs in the North Atlantic Ocean will be €550,000, which will directly fund the collaborating scientists across the region.

In a substantial further boost to the project, Water Revolution Foundation board member Peter Lürssen has affirmed, “I would like to express our family’s full commitment to the IMMA programme and underline the urgency to start the North Atlantic project as soon as possible. Through our private Peter Lürssen family foundation, we commit to matching every euro raised through this crowdfunding campaign, which means that the project can start when 50% of the target of €550,000 is reached.”

Projects such as this, and the future outlined by Water Revolution Foundation, will further strengthen the superyacht industry's links with ocean conservation. There are many superyachts operating in isolated regions of the world with increasing levels of connectivity, and the opportunity to engage them with projects such as this directly has far-reaching benefits for the marine ecosystem.

“It’s time we made the oceans a key stakeholder of our industry. We need to shift from viewing ocean conservation as philanthropy to understanding that it is an investment,” said van Tol. Alongside industry companies and professionals, superyacht owners and charterers are also encouraged to contribute to the crowdfunding campaign. “We welcome the superyacht community supporting the IMMA programme. It is only by involving those who love and appreciate the ocean that we can hope to keep the ocean healthy,” said Notarbartolo di Sciara. “Our actions today will determine not just the kind of ocean we have but what kind of planet.”

Learn more about the IMMA programme and contribute to the crowdfunding campaign at waterrevolutionfoundation.org/immas