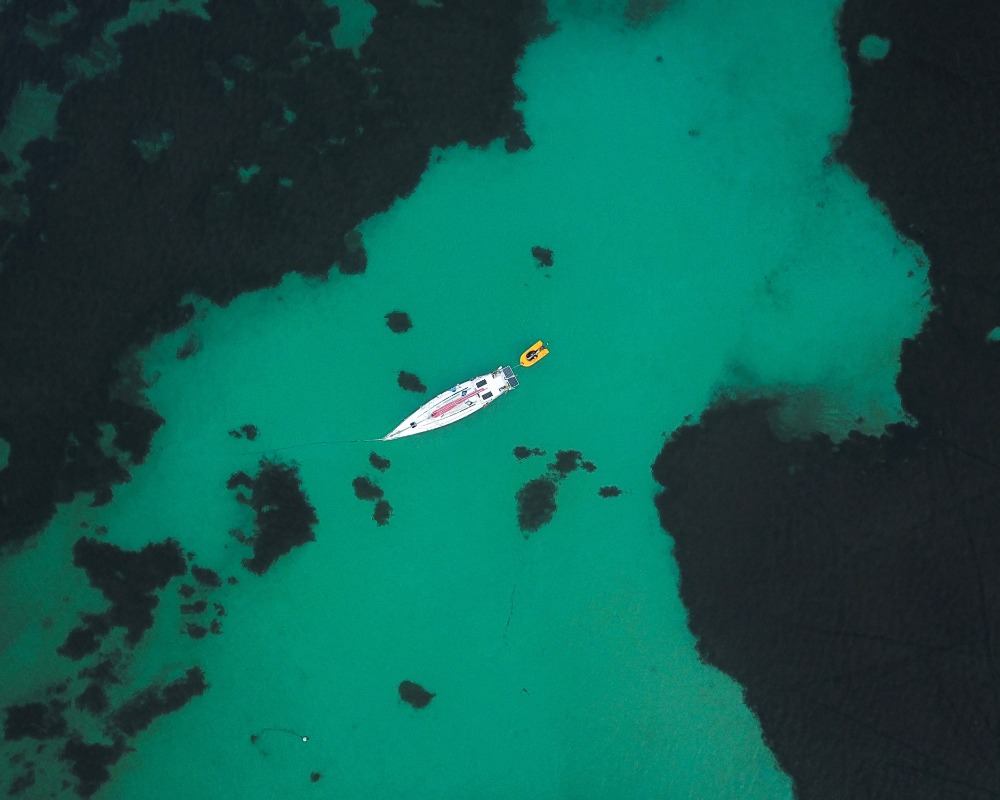 Less than a month ago SuperyachtNews reported that there had been 69 environmental infringements over one fortnight in French waters. The news broke following the French governments decision to ban anchoring in dedicated areas in a bid to protect seagrass or ‘Posidonia’. For this article we speak to Matthias Du Verle, ex-captain of M/Y Queen Aida and member of Monaco Yacht Club to better understand the necessity for these regulations and the reasoning behind some of the infringements.

In the last year there has been a great deal of evolution in the Mediterranean and particularly in France and Monaco: changes to VAT, new fiscal schedules for charter, environmental rules for anchorages and more, with each one proving to have a significant impact on the wider yachting community. Some in the industry argue that these regulations are detrimental to businesses and that the infringements are down to a lack of communication. However, Du Verle argues that the handful who argue this point are a poor reflection on the overall professionalism of the industry,

“We have made sure that these regulations were published through all the official channels by navigational charts, digital updates, flyers handed out in ports, lots of communication through clubs, associations etc… And some people, some captains are still outside of those channels, and that's a critical issue too because those channels are also used to broadcast safety information. This means that some people either do not know that they should monitor all those channels for information or they simply do not care. I don't know which one is worse.”

Du Verle believes that the superyacht industry must be proactive in the fight against the climate crisis before other governing bodies impose regulations that will be of greater harm to the superyacht economy. “We play the victim every time we are condoned, because we just don't follow the pace, because we are not listening to what's happening out there.” Du Verle argued that, “environmental regulations are happening in every other industry. So why not ours? Why should we be exempt when every other industry is asked to do something? I mean, we are a joke if you compare us to the shipping industry.”

In June it was announced that the shipping industry would welcome the growing momentum for a USD 5 billion R&D Fund for shipping, and actively called on governments to behave in line with their climate commitments and not waste more time in moving forward with decisive action to support the decarbonisation of the industry. The R&D programme was hailed for its proposal to eliminate CO2 emissions.

Despite his frustrations Du Verle stated that he is ‘optimistic’ about the future despite previously having very little hope that the industry would be able to face the environmental challenge of the century. It has been shown that there is willingness to put money on the table and actually steer the industry in a different direction.

Despite his busy schedule, Du Verle is also working with various organisations in an ongoing mission to evolve the very definition and wider connotations of the label ‘Superyacht owner’. “We are aiming to promote good practice within the industry.” Du Verle explained how, “In the last couple of years, it's been about rewarding owners that have had specific actions toward ocean conservation communications. It’s one of the objectives, to try and incite a new vision of the European industry, trying to get the owners to be more involved with research and the environment they are cruising in. That's a work in progress.”

Du Verle also went on to criticise the fragmented nature of the industry and the inability to communicate effectively,

“I've rarely seen an industry where leaders are so unable to collaborate with each other. It is a critical point. I've been working in different industries, and in most cases, when an industry is under threat, you see all the leaders of said industry band together and say ‘Ok, this is what we need to do’. This is something that the industry does very poorly.”

The French government have been relatively lenient with the 58 vessels who violated the regulations on just one occasion. However, Thierry Voisin, president of ECPY, recently highlighted the fact that the maximum fine for repeated infringements for anchoring in the protected seagrass areas could be up to €150,000. In a message to those not on board with the regulations, Du Verle stated, “Get your act together, because this is what it is. This is going to be implemented in the whole of Europe eventually. A lot of countries located in the Mediterranean are already enforcing the same kind of rules.”