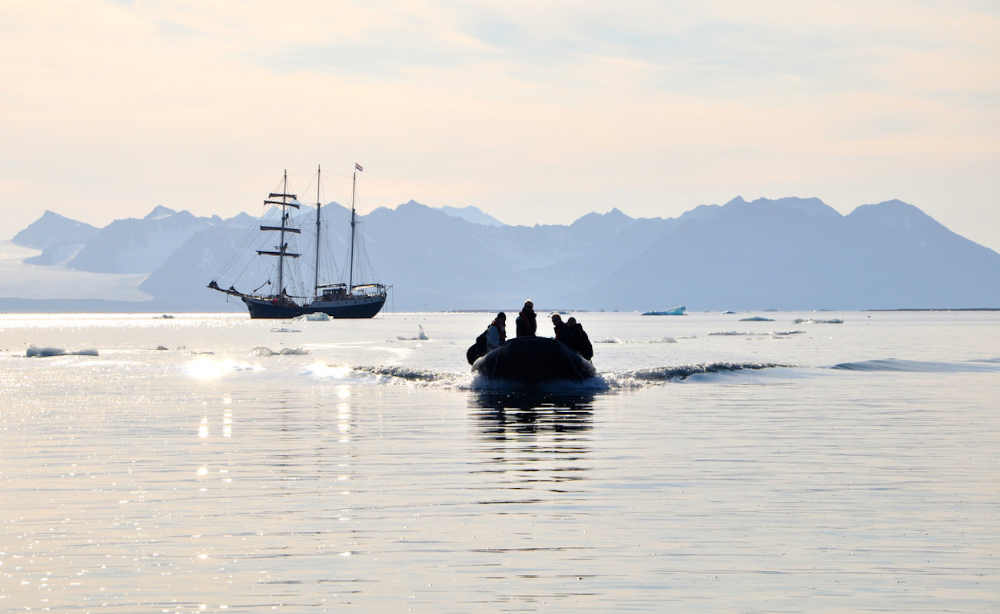 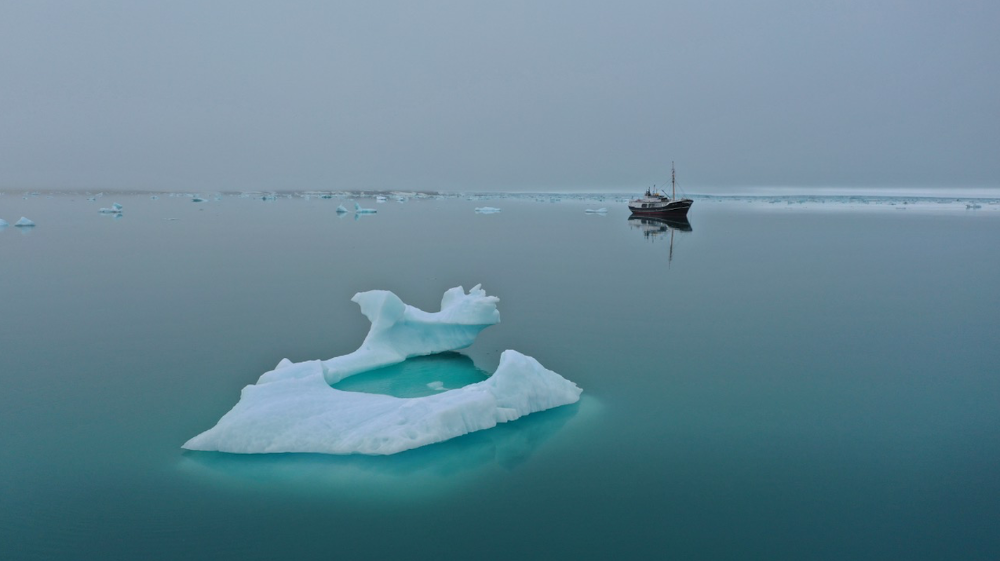 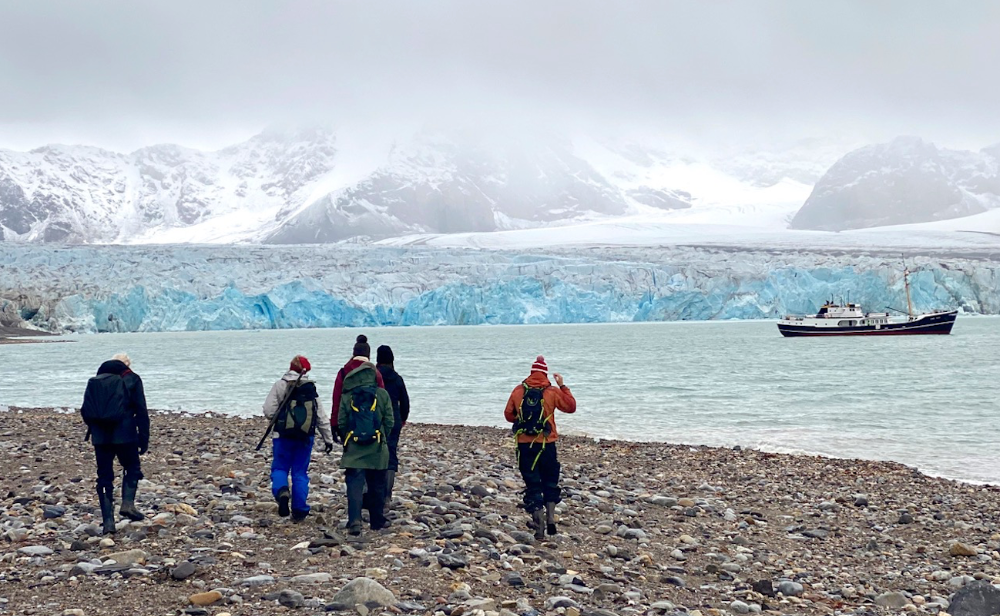 Since the turn of the millennium, countries located in the arctic circle have been transforming their economies away from mining and towards science and tourism. Since the early 20th century, Svalbard, a Norwegian archipelago where polar bears outnumber locals, used coal mining as the predominant commercial activity - the town of Longyearbyen alone now welcomes almost 30,000 tourists each year. While many of these tourists are entering via cruise ships and expedition vessels, there has also been a significant increase in the number of private superyachts visiting the Arctic Circle.

While an extreme climate and treacherous waters means that only the most enthusiastic of adventurers take the risk of visiting the region, stringent regulations have been put in place by both the Norwegian government and AECO (Association of Arctic Expedition Cruise Operators) in a bid to ensure the environment does not suffer from the increase in visitation. These regulations have been welcomed by the yachting community for creating a sustainable and professional space for commercial and private cruising.

Maarten Van Der Duijn Schouten, vessel manager and captain of MS Cape Race, has been working in the Arctic Circle for the last decade, “I think that anybody who is travelling to the Arctic must be interested in the nature and climate of the Arctic on more than just a regular basis.” MS Cape Race is a former deep-sea fishing cutter which was refitted in 2019 to operate as a luxury polar cruising vessel with a maximum capacity of 12 guests. 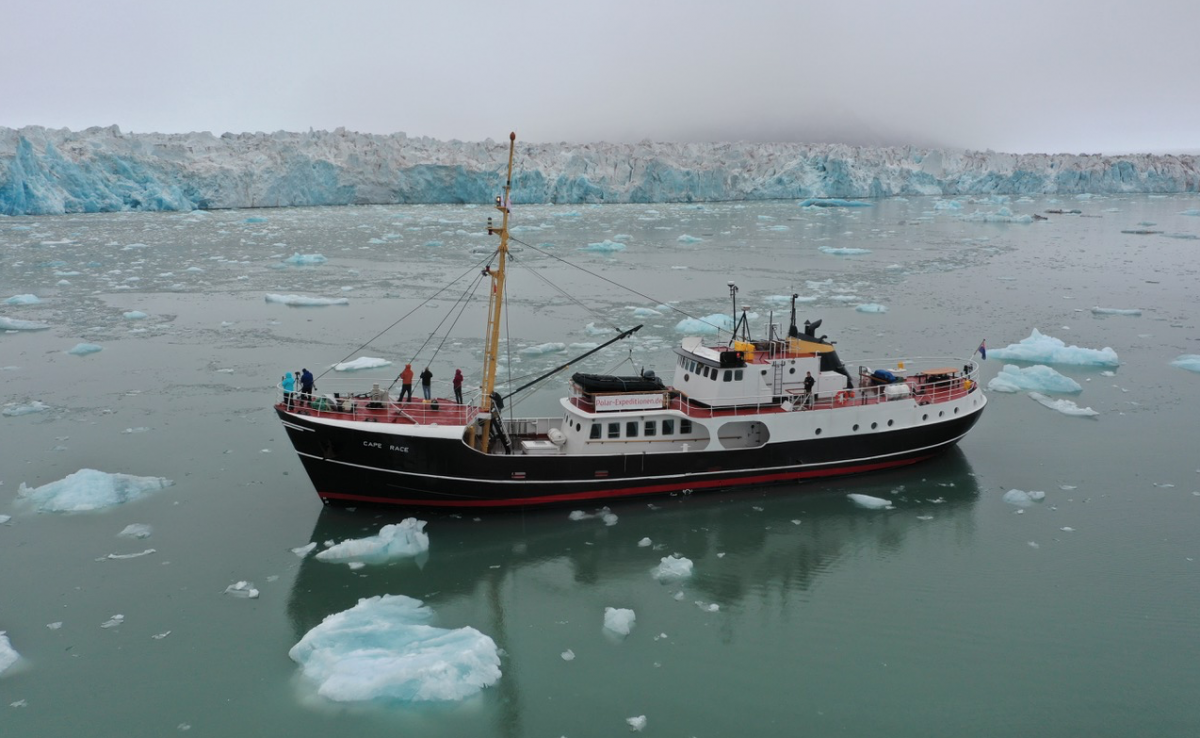 However, MS Cape Race is not the only yacht to have followed that particular life cycle. MY SuRi is a former crab catcher that was cut in half and extended by 11m in an enormous refit, which allowed it to tackle both the North and South poles. Similarly, MY Ragnar was a former supply vessel that worked in the oil fields of Kazakhstan, after a 22-month conversion the superyacht is now a prime example of a luxury world explorer.

Maarten described his enthusiasm for the rigorous guidelines, “This way you can make sure that there is sustainable tourism with respect to the nature, to the local elements and to the wildlife. There's a lot of wildlife in the environment, but culturally there are also the local populations to consider. For instance, in Greenland, there is a large Inuit population and they’re increasingly being visited. There are guidelines for this - how do you make contact with these people respectfully? How do you engage with the communities? Same for Alaska, of course, and also for the Canadian Arctic. So, it is very good that these guidelines are in place… Yachting has come from the wild west, but in the Arctic Circle these days are definitely over.”

AECO also highlights the fact that private superyachts will need proof of sustainable yachting practices when visiting the Arctic, with some authorities requiring a pre-plan schedule as well as a post-plan log of activities undertaken during the visit. The handbook also reveals some of the more specific regulations required such as safety measures in the case of polar bear attacks and limitations on the use of recreational drones. 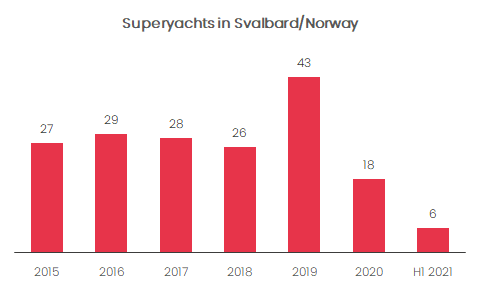 Maarten believes that there are a number of reasons for the increase in visits to the region, but that there is also a lack of awareness in what cruising the Arctic realistically entails. The graph shows that while there has been a slight and steady increase overall in the last decade or so, 2019 saw a sharp increase in the number of visits. The data collected over the last year and half also reveal that the Pandemic significantly affected superyacht migration in the region.

On the reasons behind the sudden popularity, Maarten suggested that, “More and more people are realising that the Arctic is not going to be there forever, and with the recent news from the IPCC, the climate panel, it is going to make people realise even more that the glaciers are disappearing, polar bears are being threatened, and maybe 50 years from now it won't exist as it does right now. This is very likely, even when I see the rate of what's happening at the moment, and I think there is a large sense of people wanting to see the environment before it's too late.”

Perhaps this panic-driven need to visit and explore more remote and endangered environments will lead to more UHNWI being educated and inspired to help fight the climate crisis. By stretching the market landscape of the industry and having a ‘polar opposite’ to the familiarity and glamour of the Mediterranean and the Caribbean, the very definition of what it means to be a superyacht owner can be changed.

Putting an ear to the ocean