SuperyachtNews.com - Owner - Fiji High Court rules in favour of US seizure of Amadea

The case represents a continued extension of US sanctions influence globally, and is likely to be appealed… 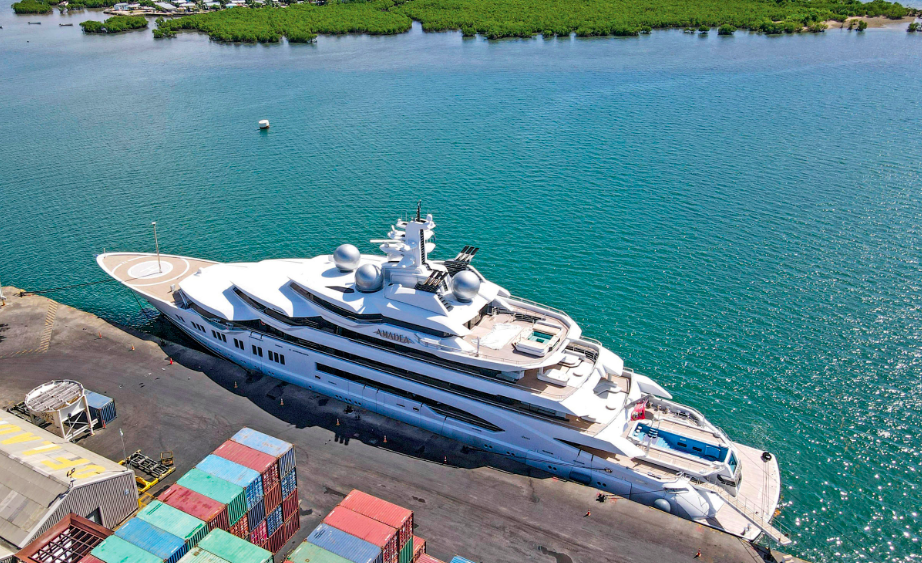 All eyes on Fiji, as local media is reporting that the high court of Fiji has granted an application to seize the 106m Amedea. The long rumoured judgement was delivered as expected on Tuesday, 3rd May. The Office of the Director of Public Prosecution has applied to register a US warrant in the case. Amedea is believed to be owned by Russian billionaire Suleiman Kerimov.

Unconfirmed reports suggest that the National Maritime Authority of America is in Fiji currently, and may proceed with the seizure as early as Wednesday, 4th May. Such an acceleration of action would represent a significant extension of US jurisdiction into the Pacific and beyond.

The case of Amedea is one of the most complex and convoluted of all of the yachts investigated, frozen and seized as fallout from the Russian invasion of Ukraine. With respect to its jurisdiction in Fiji, The United States may be using the United Nations Convention against Transnational Organised Crime, to which both Fiji and the US party are signatories.

The timing of the ruling in Fiji comes not long after the following statement from Attorney General Merrick Garland, given to members of the Senate Appropriations Subcommittee, when questioned about the need for extra authorities to target sanctioned Russian individuals, as reported by SuperyachtNews.

“We’ve been very carefully examining that question, and I expect that there will be requests for legislative changes,” said “These could go particularly in the way that we do the forfeitures, to make it easier for us to do the forfeitures. Also, the possibility of taking the money out of the forfeiture fund that we collect this was and sending it to Ukraine.”

The journey to Fiji for Amadea was long. Unconfirmed reports suggested that the vessel's crew had been instructed to sail to Vladivostok, via bunkering and provisioning in Fiji, from the Mexican port of Manzanillo. The three weeks that Amadea was at sea saw much speculation as to its route and destination, and it is likely that this level of scrutiny placed pressure on the local authorities in Fiji to act. Upon arrival, it was denied customs clearance and was ruled to be in breach of Fiji's EEZ (Exclusive Economic Zone), with a judge in Fiji's capital, Suva ruling that the vessel should remain in the port of Lautoka, in Fiji's largest island, Viti Levu.

The headlines and attention given to this case have shown the confusion that still surrounds the nature of seizure vs freezing of an asset. This appears to be progressing as the former, but with an appeal already rumoured to be being filed, the process may be very costly and protracted. SuperyachtNews will continue to monitor the situation in Fiji closely.