Some of the largest and most high-profile superyachts have been frozen amidst the various sanctions applied by the EU, UK, US and others as a result of Russia’s invasion of Ukraine. This, in turn, has led to the industry being thrown into the limelight and receiving an unprecedented amount of attention from the mainstream media. Because the industry is so niche and secretive, little is known about how these sanctions will ultimately affect the wider market. So far just over half a dozen superyachts have actually been frozen, but there have also been reports of Russian owned yachts (not owned by sanctioned individuals) also being affected.

M/Y Ragnar became stranded in Narvik, Norway after being denied fuel from suppliers. The English captain and former marine, along with his team of 16 Western crew, were subjected to hostility and abuse from angry locals who mistook them for KGB officers. Finland has also impounded 21 yachts with immediate effect while they conduct research to find out who their owners are and whether or not they have been sanctioned. Considering there are over five thousand superyachts in the world, just eight seizures doesn’t seem too significant.

But on the contrary, the sanctions have affected thousands of employees all over Western Europe. Many have lost work or been made redundant because of the sanctions as superyachts are frozen and projects around Europe are reduced to having skeleton crew. 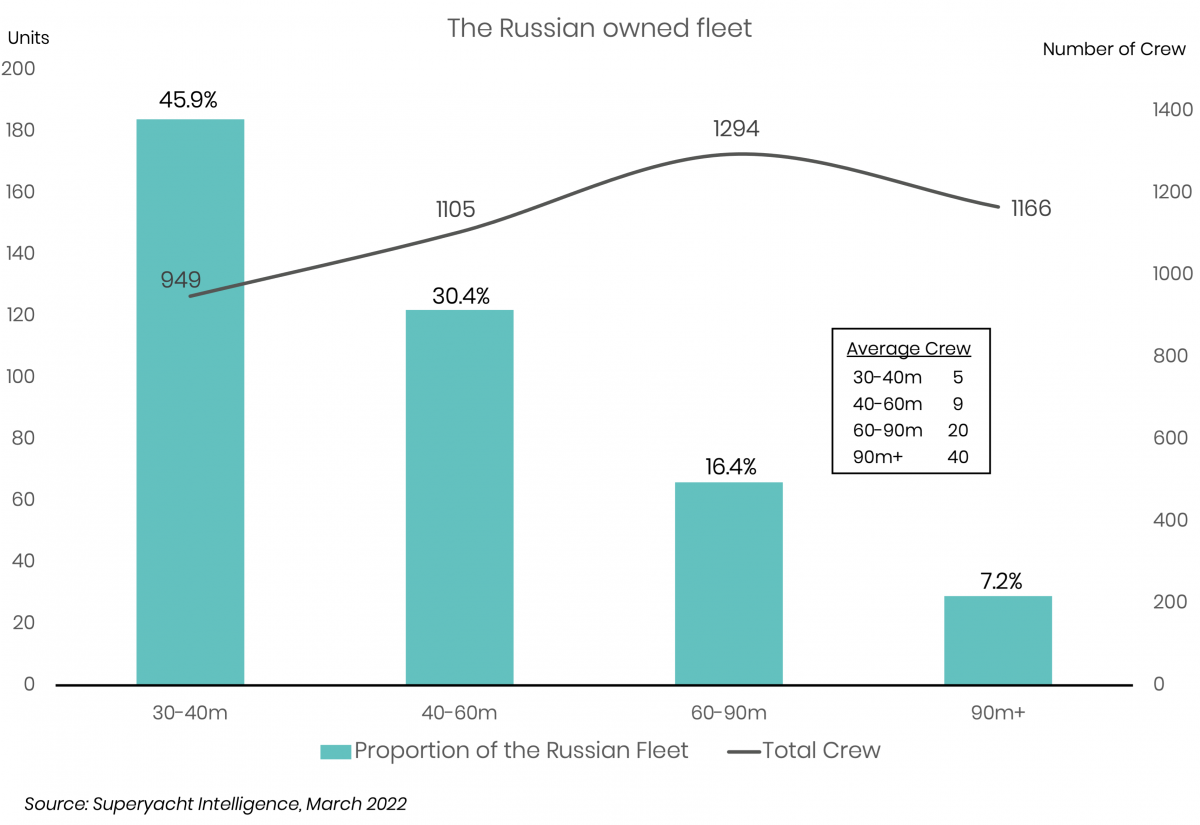 It is incredibly difficult to estimate exactly how many superyachts are owned by oligarchs because of the complexities of ownership structures and the various NDAs that are in place. With that being said, The Superyacht Agency has been able to identify around 370 superyachts over 30m in length that are ‘Russian-owned’ - this equates to about 8.8 per cent of the superyacht fleet. Furthermore, the bigger the yacht is, the more likely it is to be owned by a Russian. Russians own just over 29 per cent of all superyachts over 90m in length.

According to data from The Superyacht Agency, it is estimated that there are over 4,500 crew who have been affected by the sanctions, this roughly equates to about 11 per cent of all superyacht crew across the entire fleet. The Russian-owned superyachts over 90 metres in length actually employ more crew overall than the yachts in the 30-40m bracket. 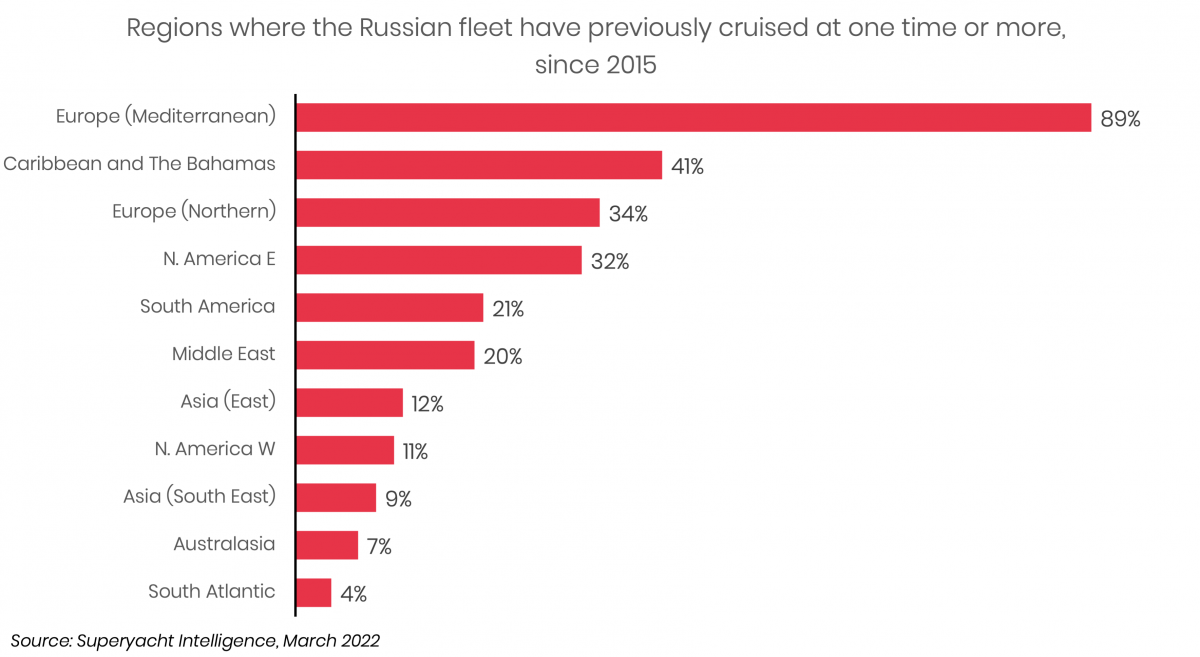 It may seem like a wasted practice to analyse the impact of an issue that is still ongoing. There is still no telling what will actually happen to the frozen superyachts, for all we know they could be used to help refugees fleeing Ukraine or they could be given back to their owners as part of a political bargaining chip.

Nevertheless, it is worth noting that challenges for today’s market have gone far beyond the sanctions themselves. Either out of solidarity with Ukraine, or out of fear of breaking sanctions law, some sectors and businesses have simply removed all services to Russian owners and buyers and, therefore, the impact on 370 superyachts will be far more hard felt by the industry than the freezing of 8 vessels.